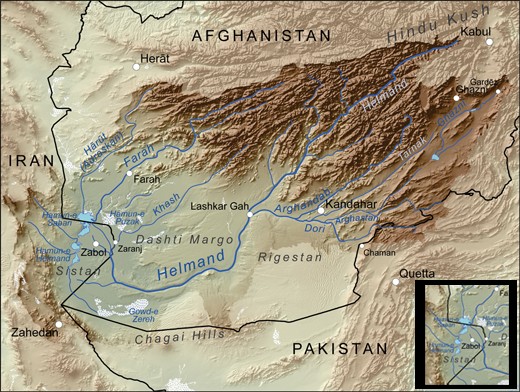 Environmental issues must be discussed in the upcoming meetings between Iranian and Afghan officials, a deputy environment chief said.

Deputy Director of the Environment Protection Organization Ahmad Ali Keykha has appealed for a number of environmental questions to be raised in talks between senior Iranian and Afghan officials when Afghan President Ashraf Ghani visits Iran on April 18.

On April 6, Khabaronline, a news website, quoted the deputy environment chief as saying “Preservation of Hamoon Lagoon, fed by the Helmand River which originates in Afghanistan, should be an important factor in determining Iran-Afghanistan ties.”

He further said, “Hamoon is holy in different religions like Zoroastrianism, Judaism, Christianity and Islam. To protect and revive the endangered lagoon, every opportunity, including diplomatic potential, must be seized.”

He blamed damage to the environment and the marine ecosystem that Iran and Afghanistan share on inappropriate diplomatic conduct, and said, “It’s true that in the last decade, our interaction with world was not properly regulated, and unfortunately, the general atmosphere was not in favor of Iran.”

He added, “But things have now changed and the current government has put establishment of proper relations with the world countries on its agenda. Some of our interests are embedded in interaction with the rest of the world, and neighboring countries are of immense importance to that end. Neglectful of issues in neighboring countries, we cannot move our national development plans forward.”