IFP has taken a look at the front pages of Iranian newspapers on Sunday, September 22, 2019, and picked headlines from 12 of them. IFP has simply translated the headlines and does not vouch for their accuracy. 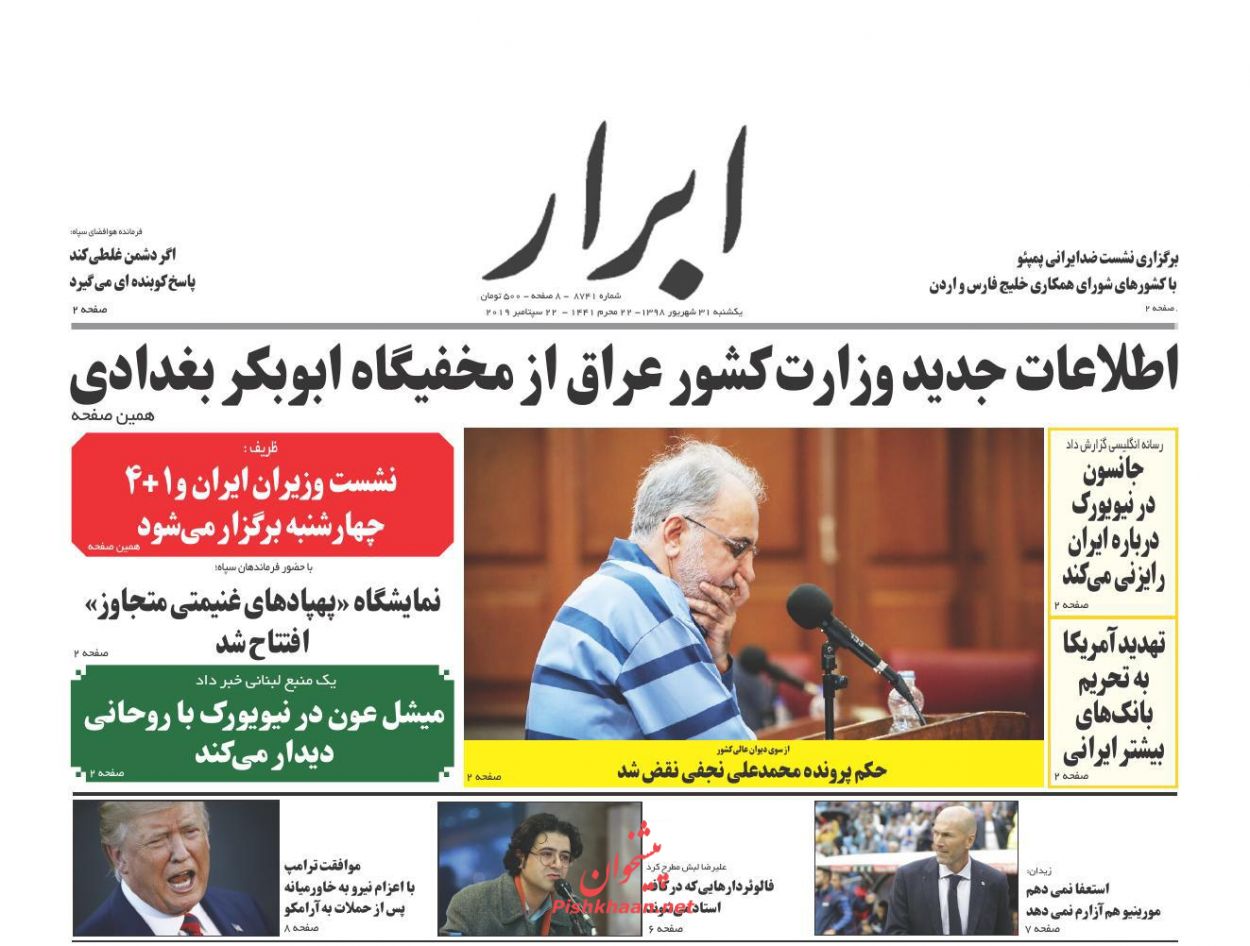 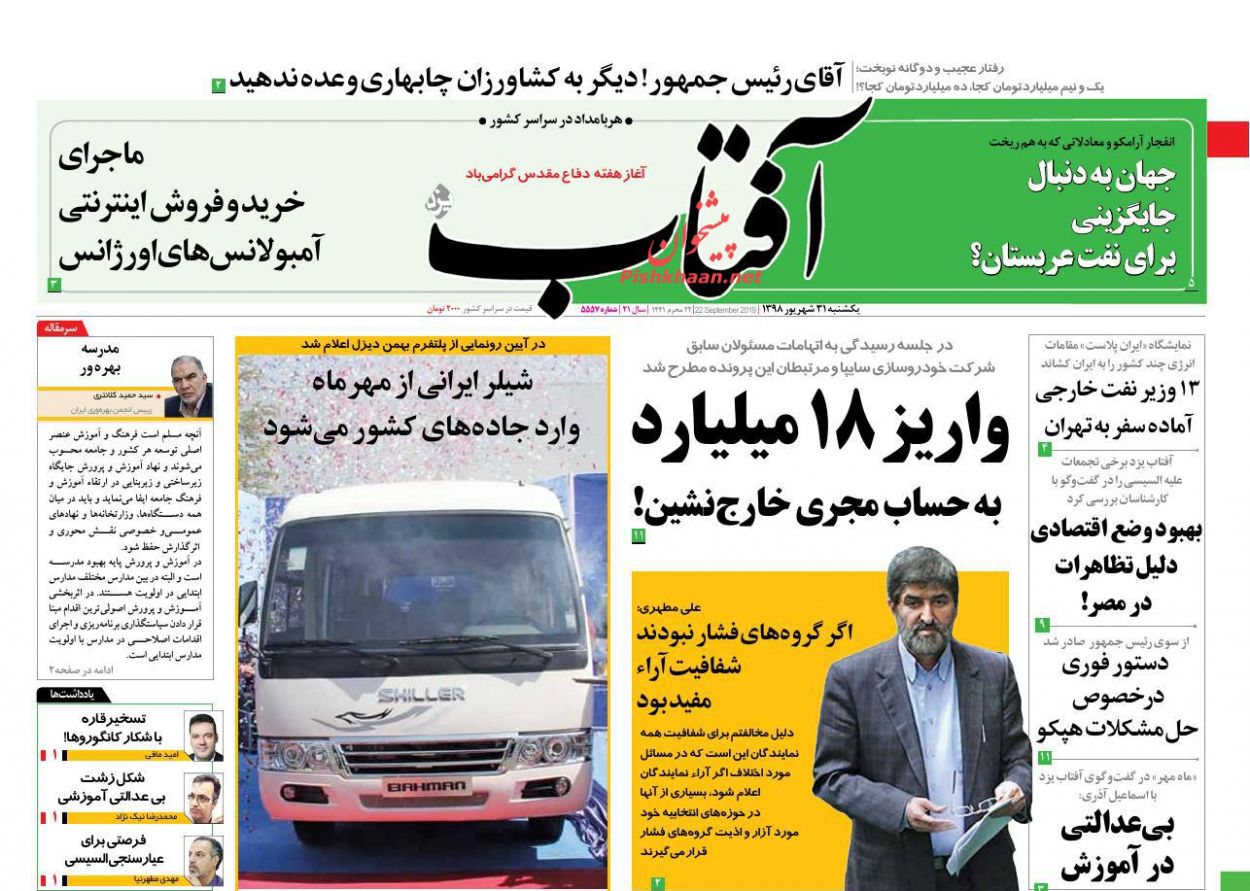 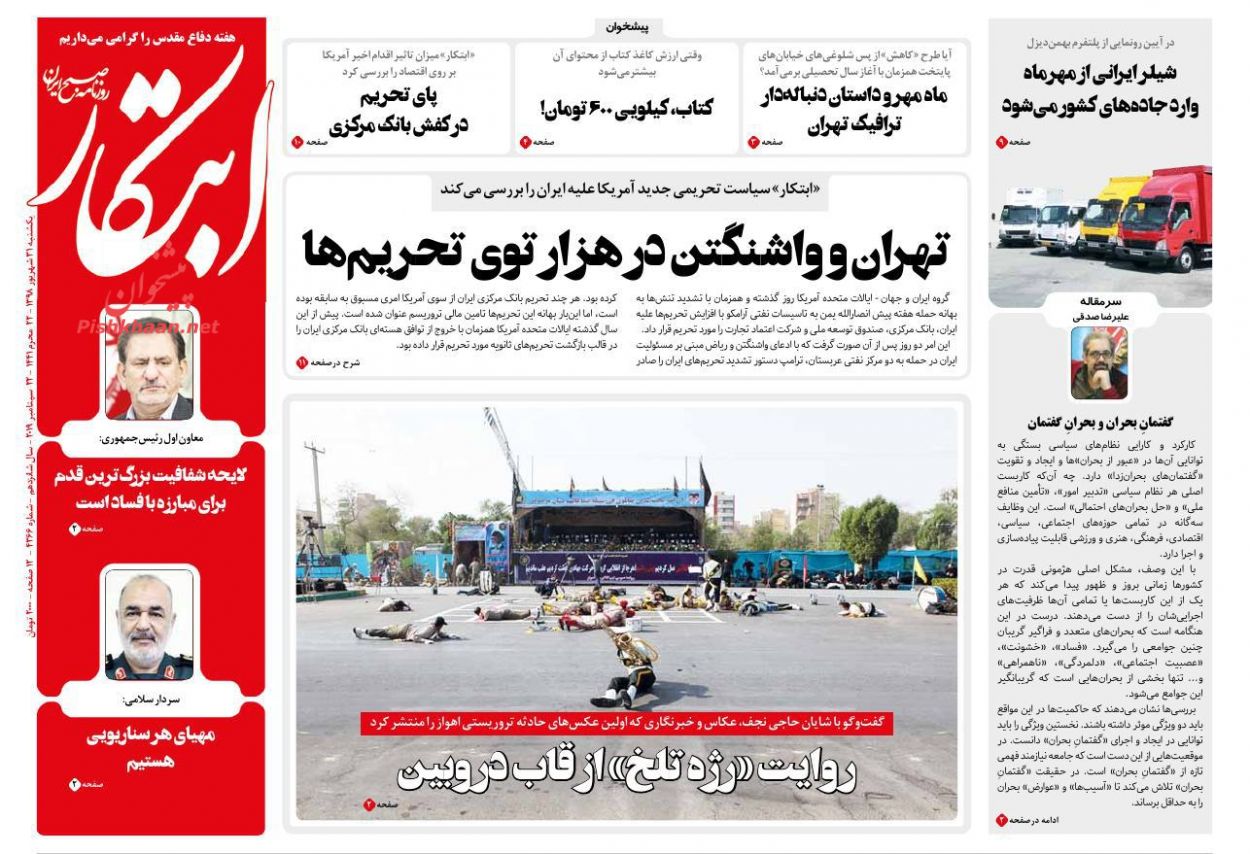 Etemad:
1- Concerns of Workers of Hepco Factory Turn into Protest
2- Putin’s Plan for US Allies 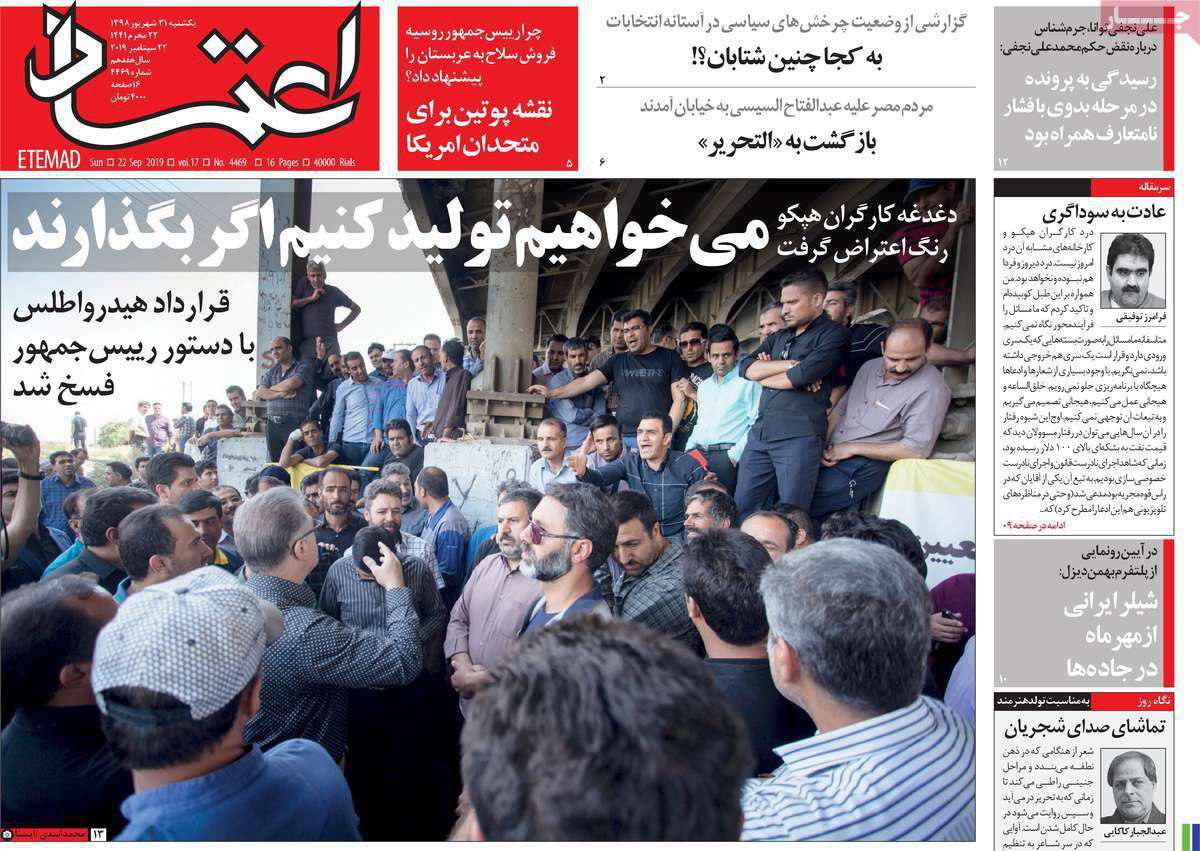 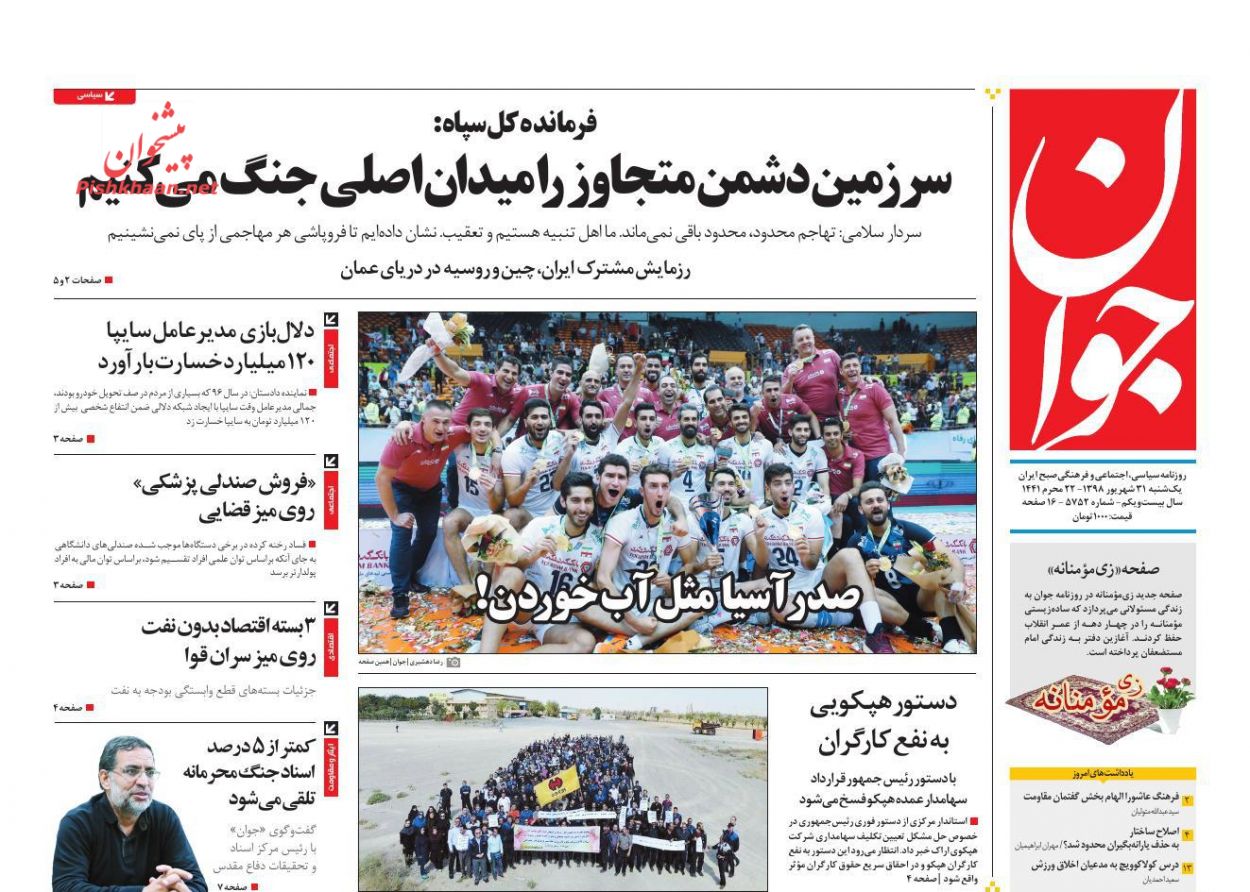 Jomhouri Eslami:
1- US Has Brought UN to Deadlock: Former UN Official
2- Financial Markets Indifferent to New US Sanctions against Iran 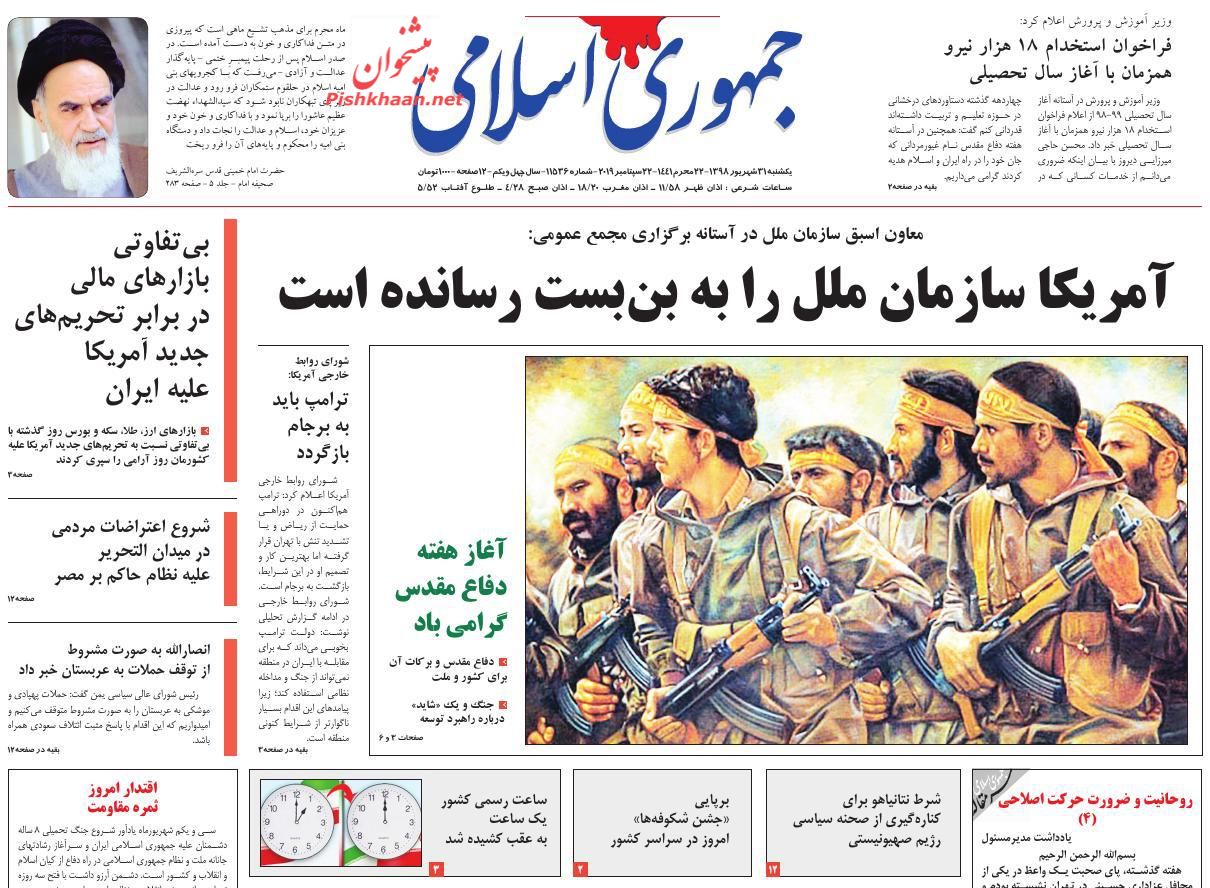 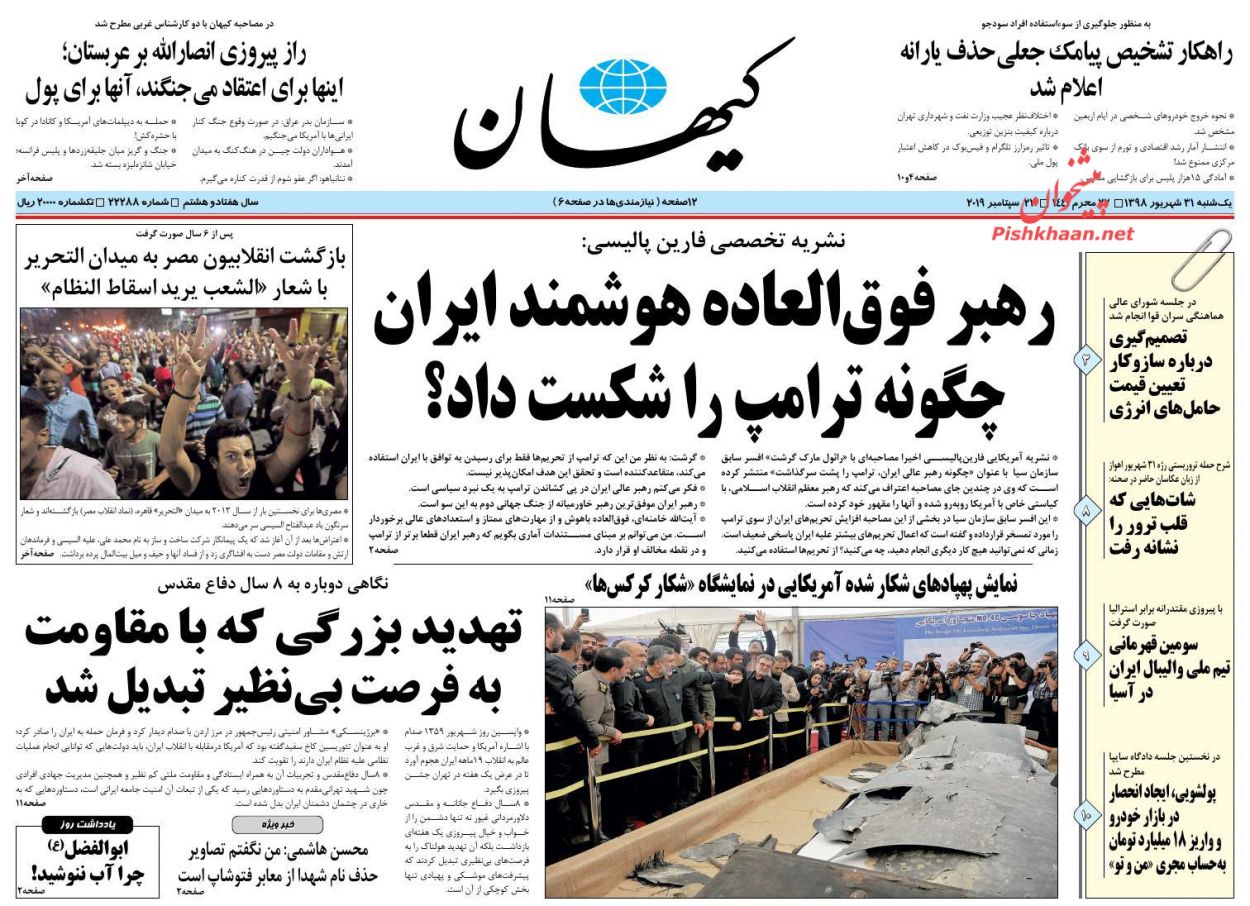 * A Report on US’ Move to Sanction Central Bank Again

* Import of Humanitarian Goods to Be Disrupted with New US Bans 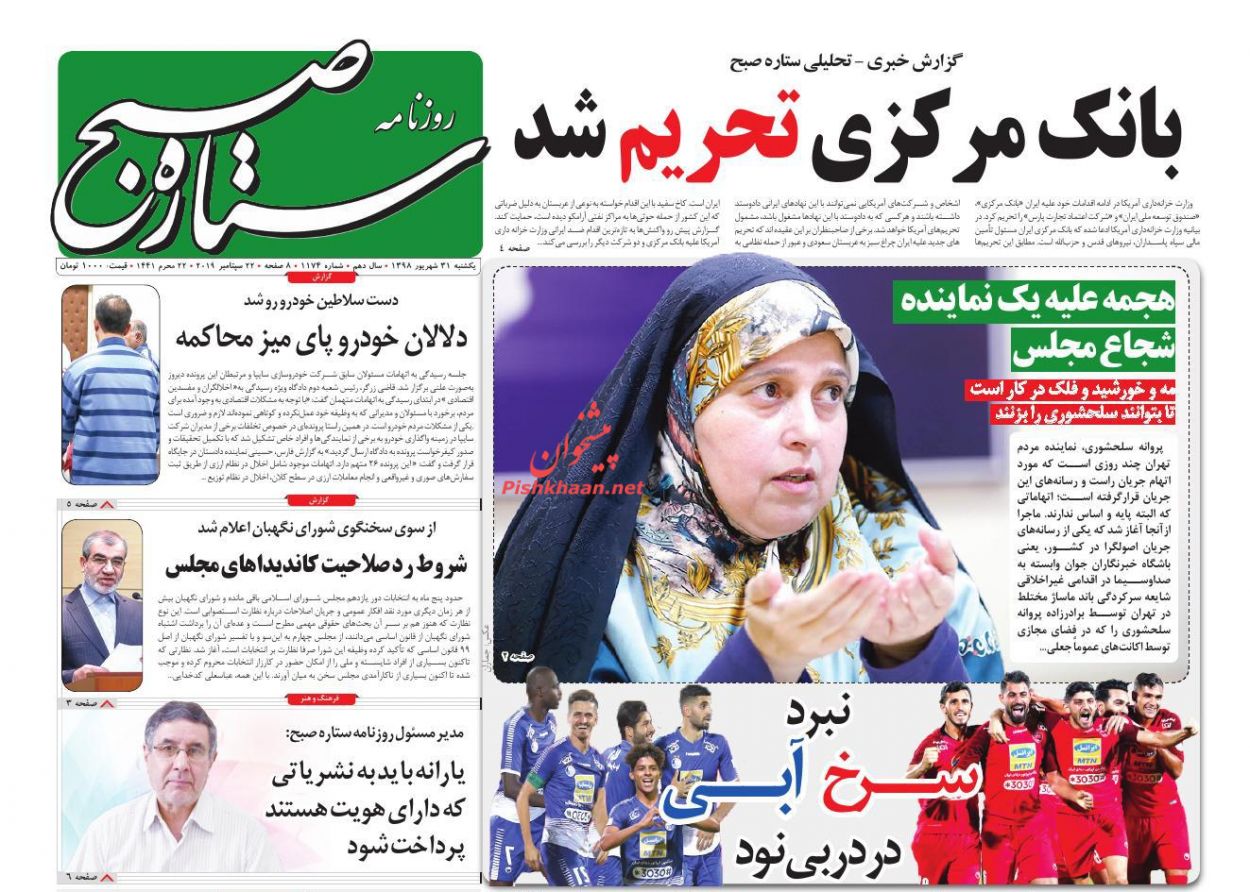 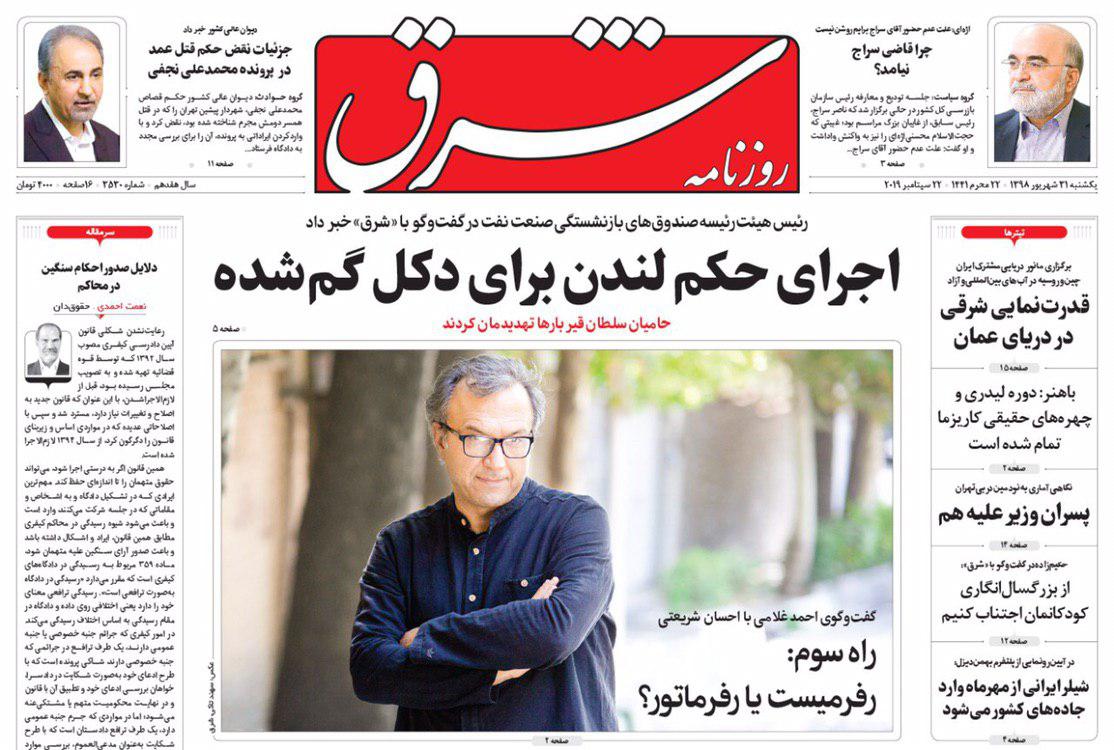