IFP has taken a look at the front pages of Iranian newspapers on Thursday, September 17, 2020, and picked headlines from 12 of them. IFP has simply translated the headlines and does not vouch for their accuracy.

3- US-China Clash over Leadership of UN

4- E3 Issue Statement on Iran at IAEA Board of Governors 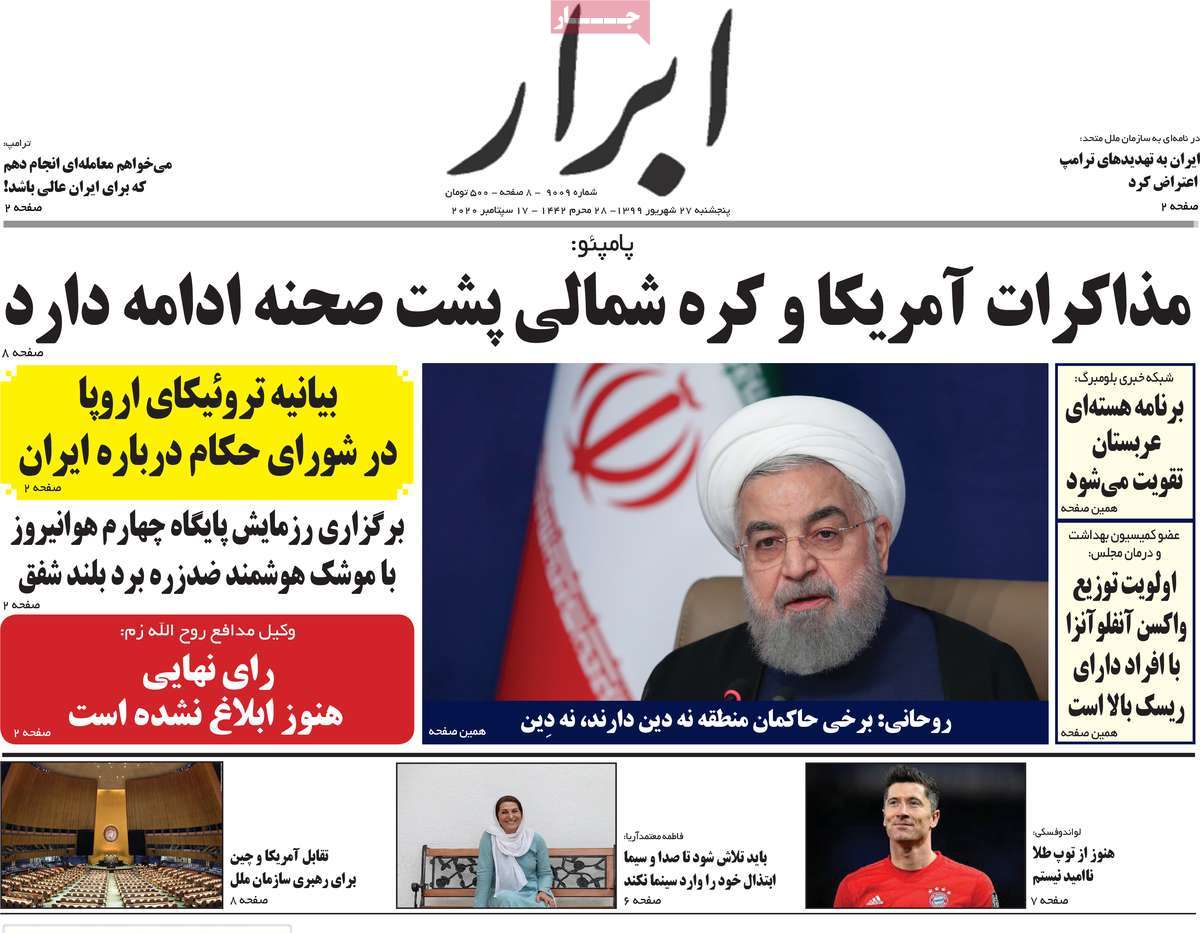 1- US to Suffer Defeat This Weekend: Rouhani 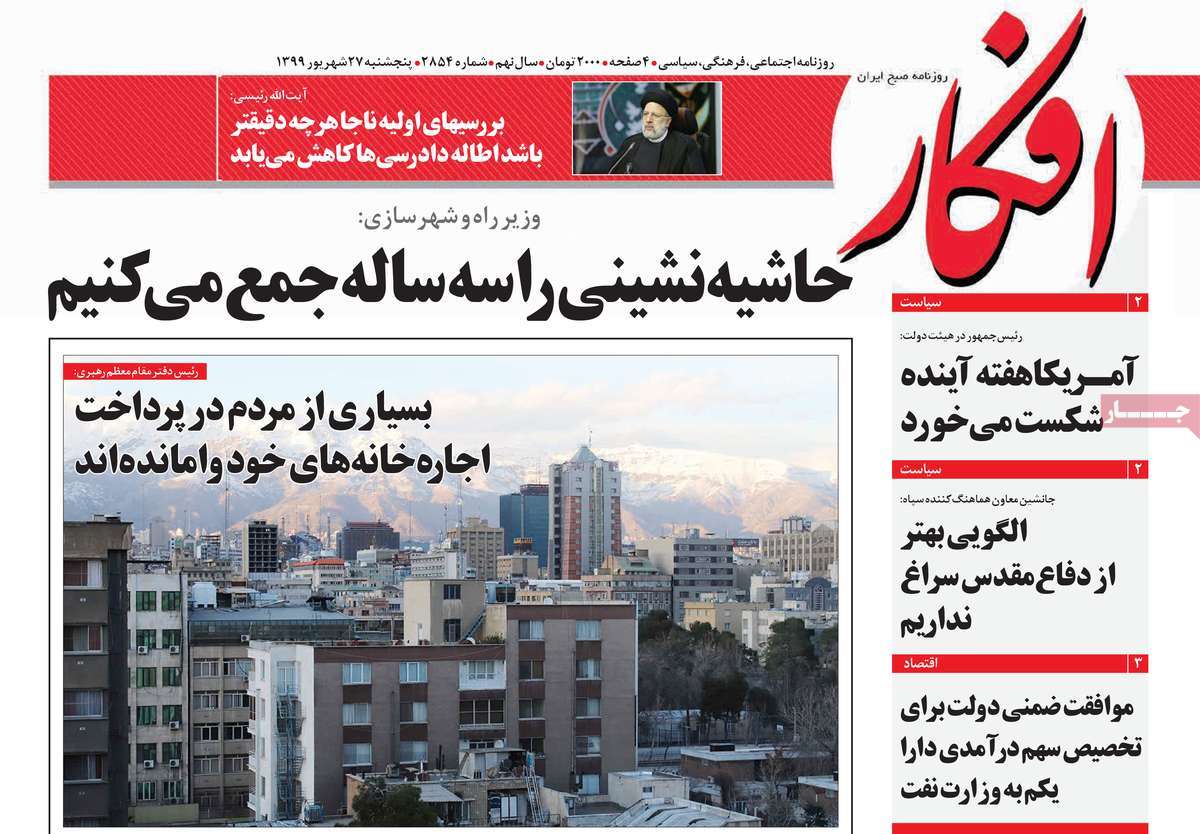 * What Happened at IAEA Board of Governors? 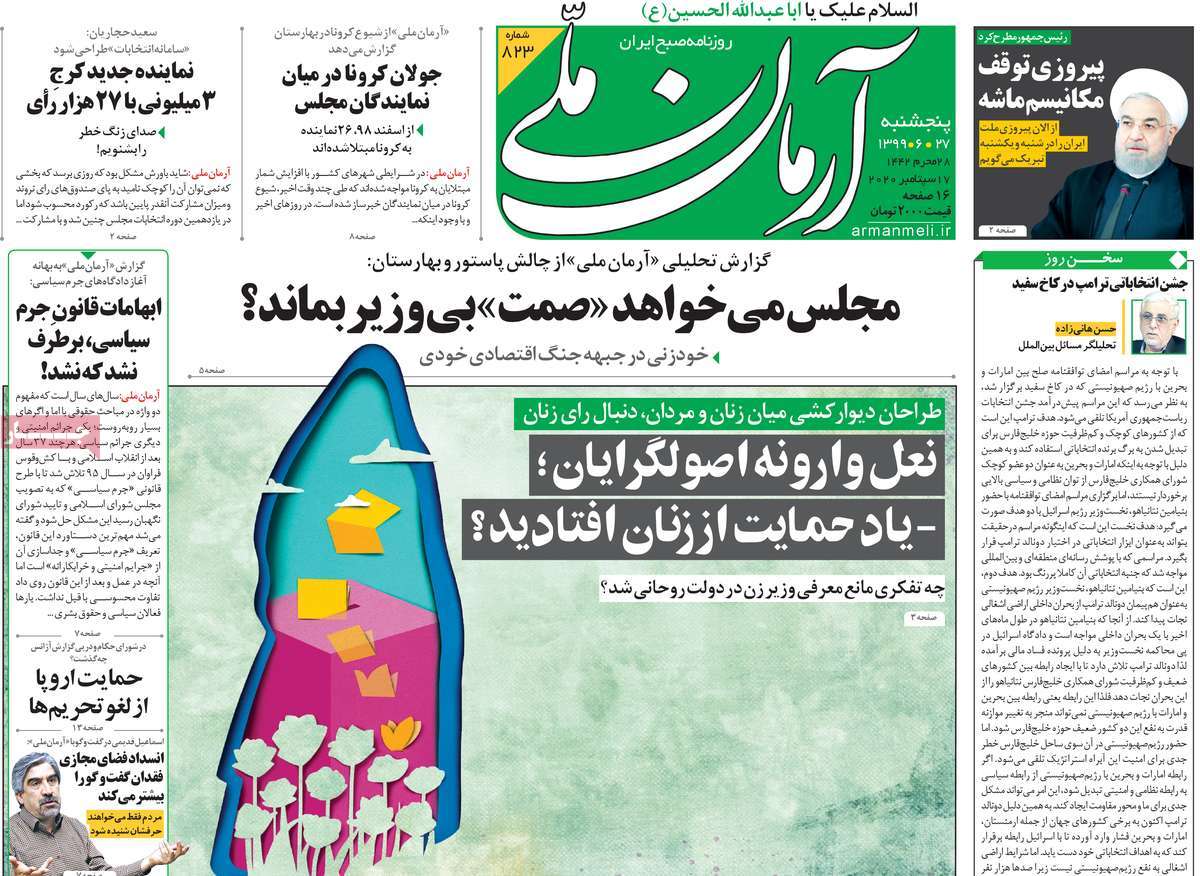 2- Diplomacy of War and Peace for October Surprise

* Does Trump Have Special Iran Plan to Secure His Victory in November? 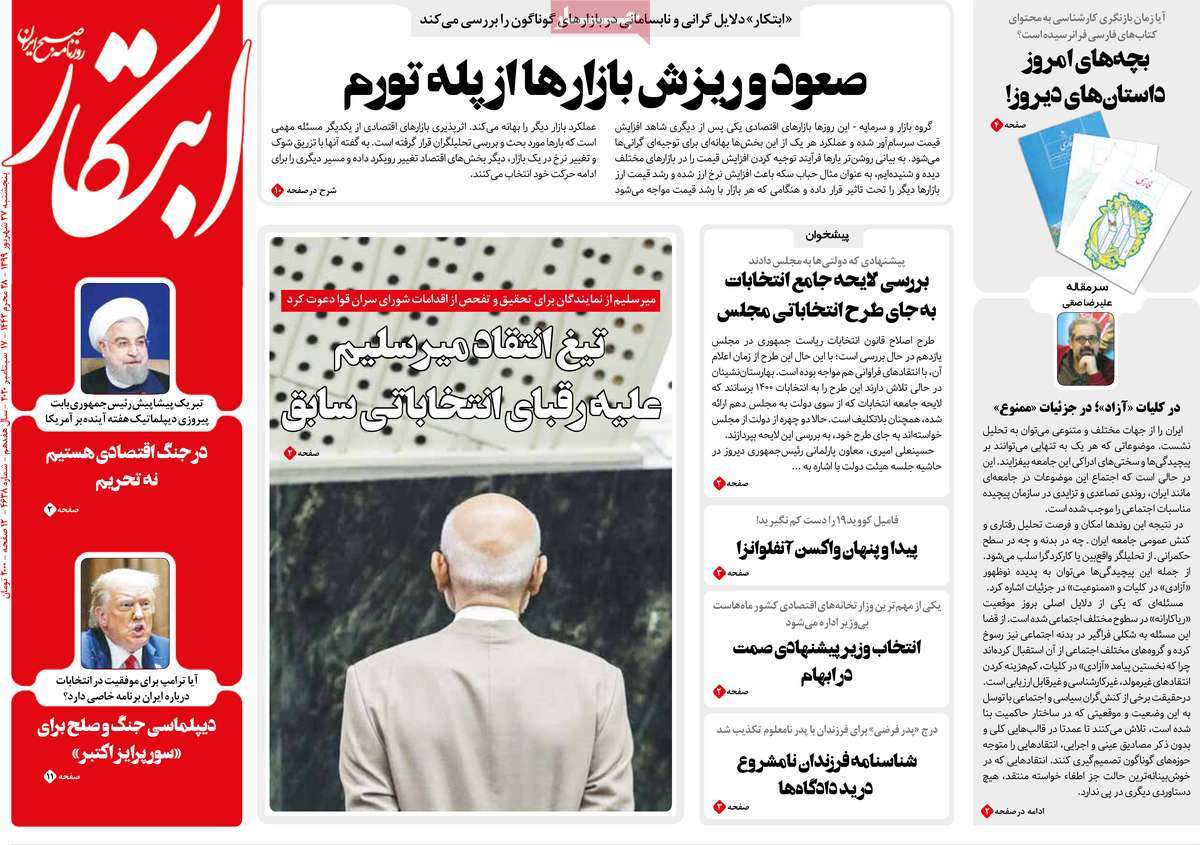 * War with Iran to Be ‘Mother of Quagmires’ 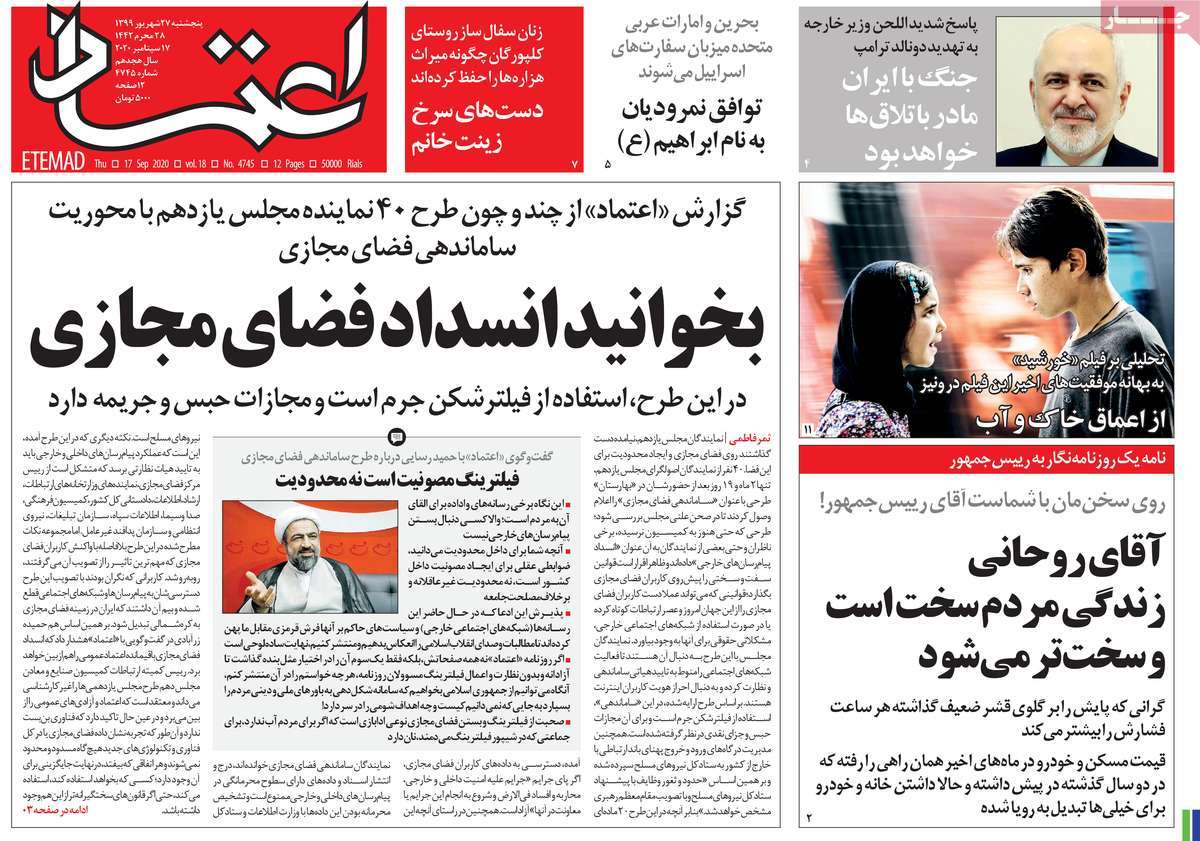 2- US Cannot Introduce Any Alternative to JCPOA: Deputy FM 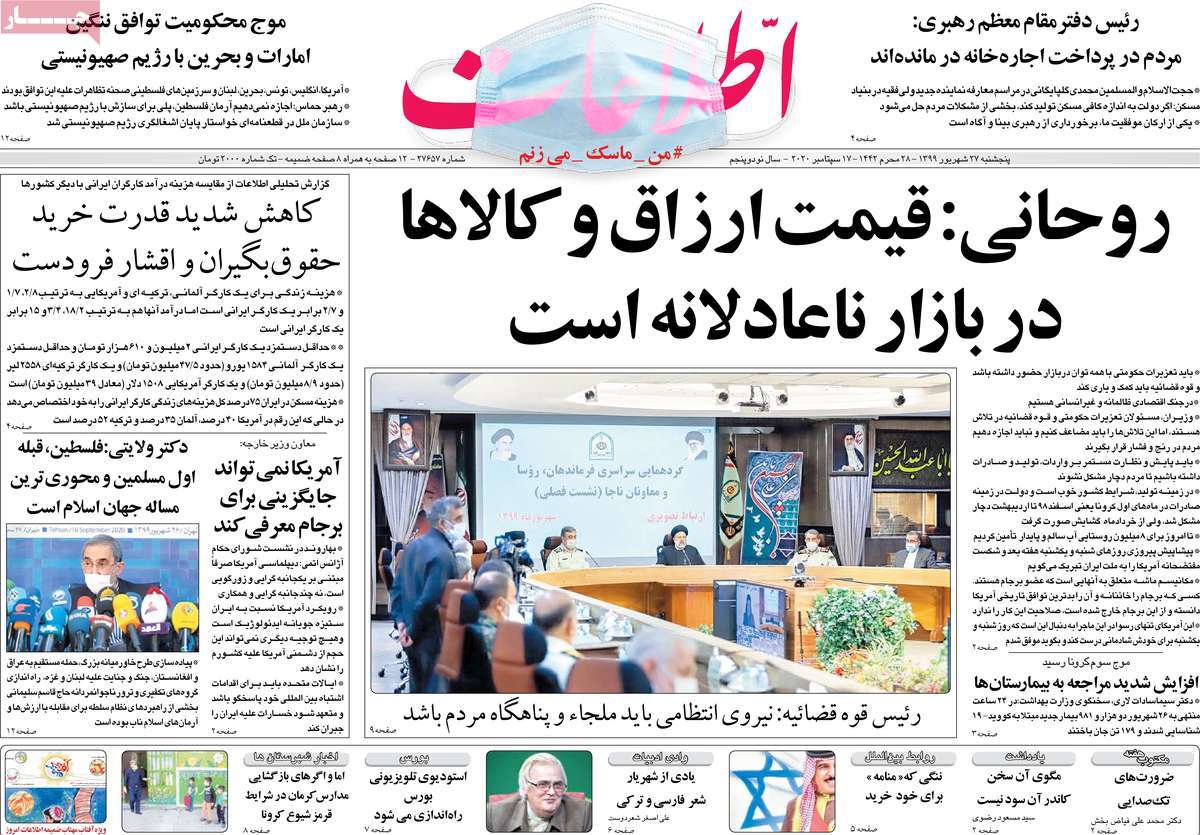 1- No Mechanism Activated: Rouhani in Reaction to US’ Propaganda

2- Normalization of Ties Mutual Need of Arabs, US

3- Palestine Outraged by Treaty of Treason 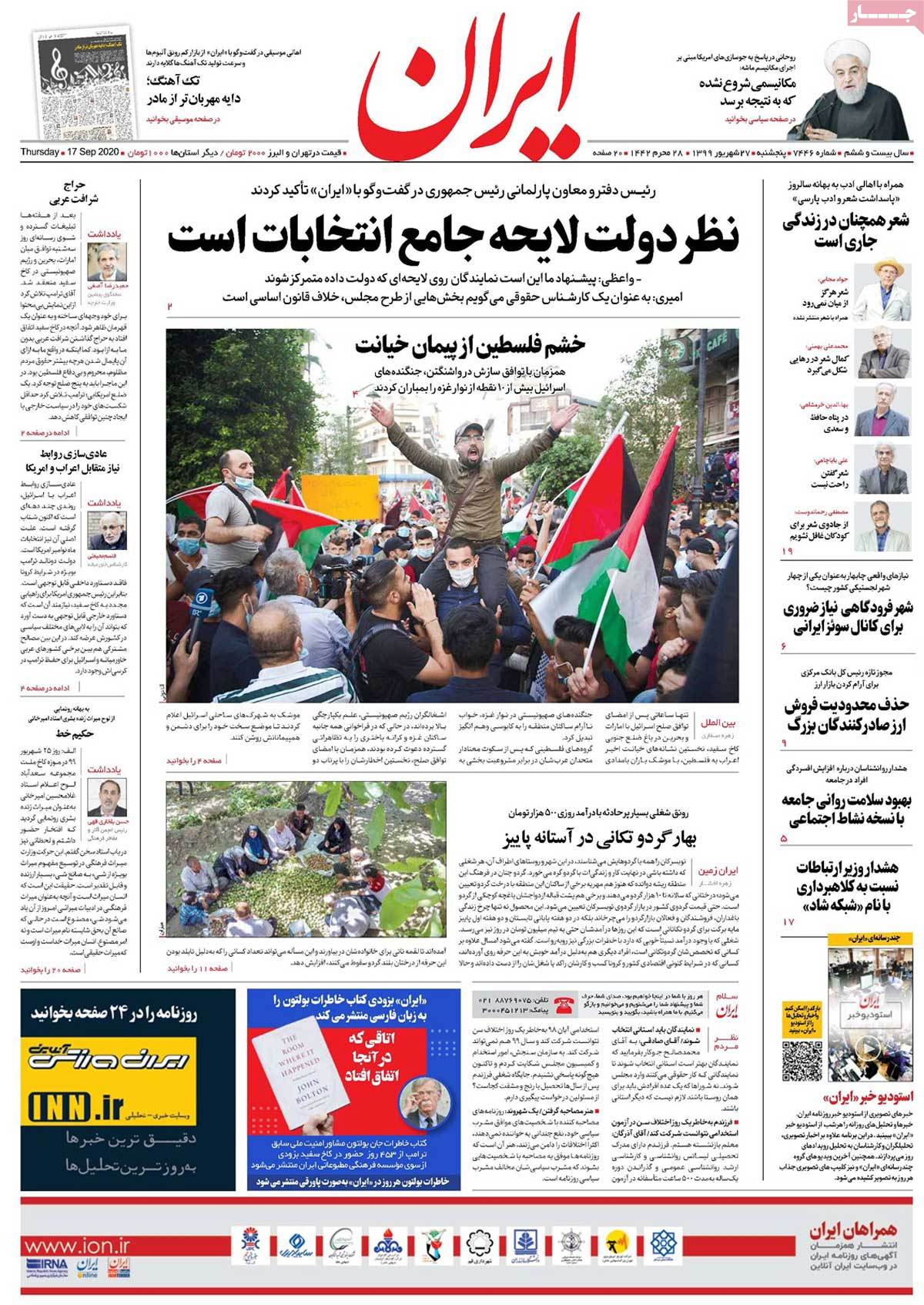 1- Russia: No One Accompanies US’ Ridiculous Efforts against Iran

3- Protests Erupt across the World against Israel’s Deal with UAE, Bahrain 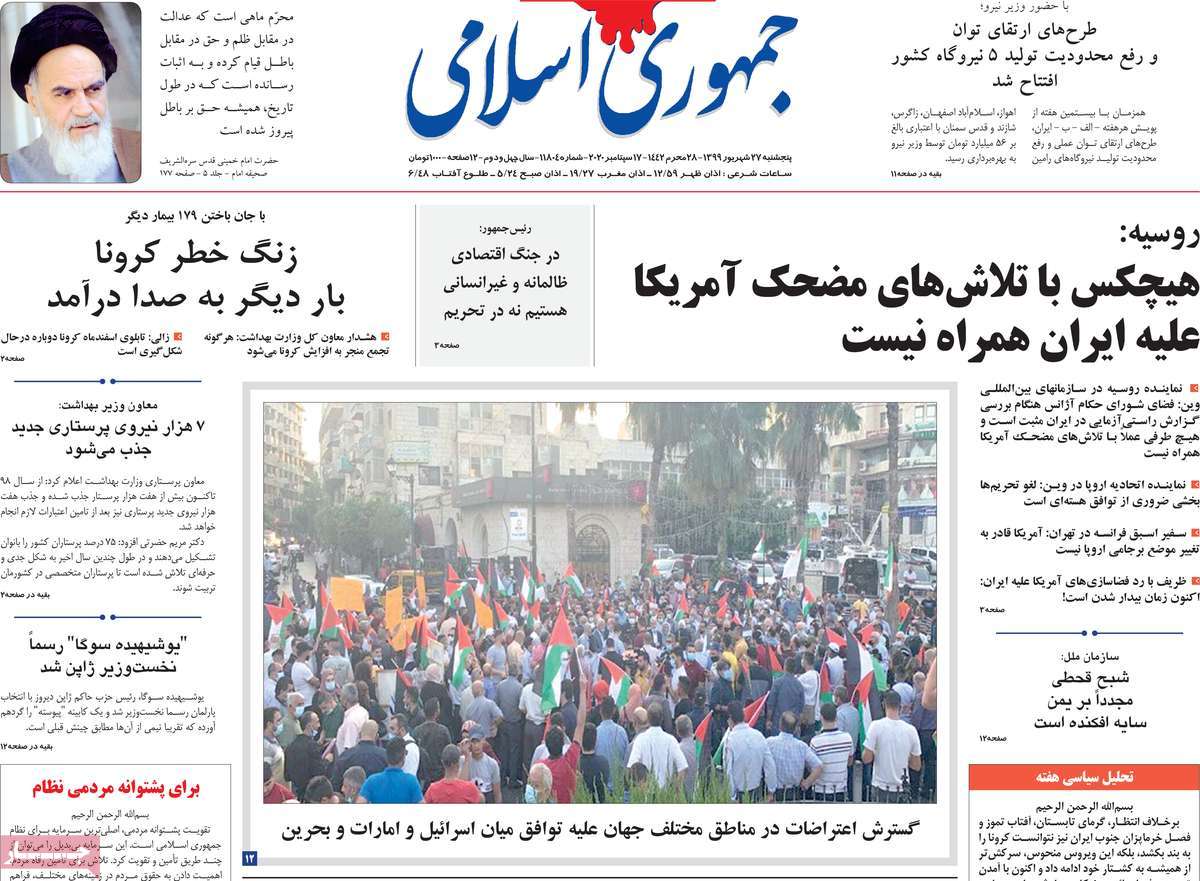 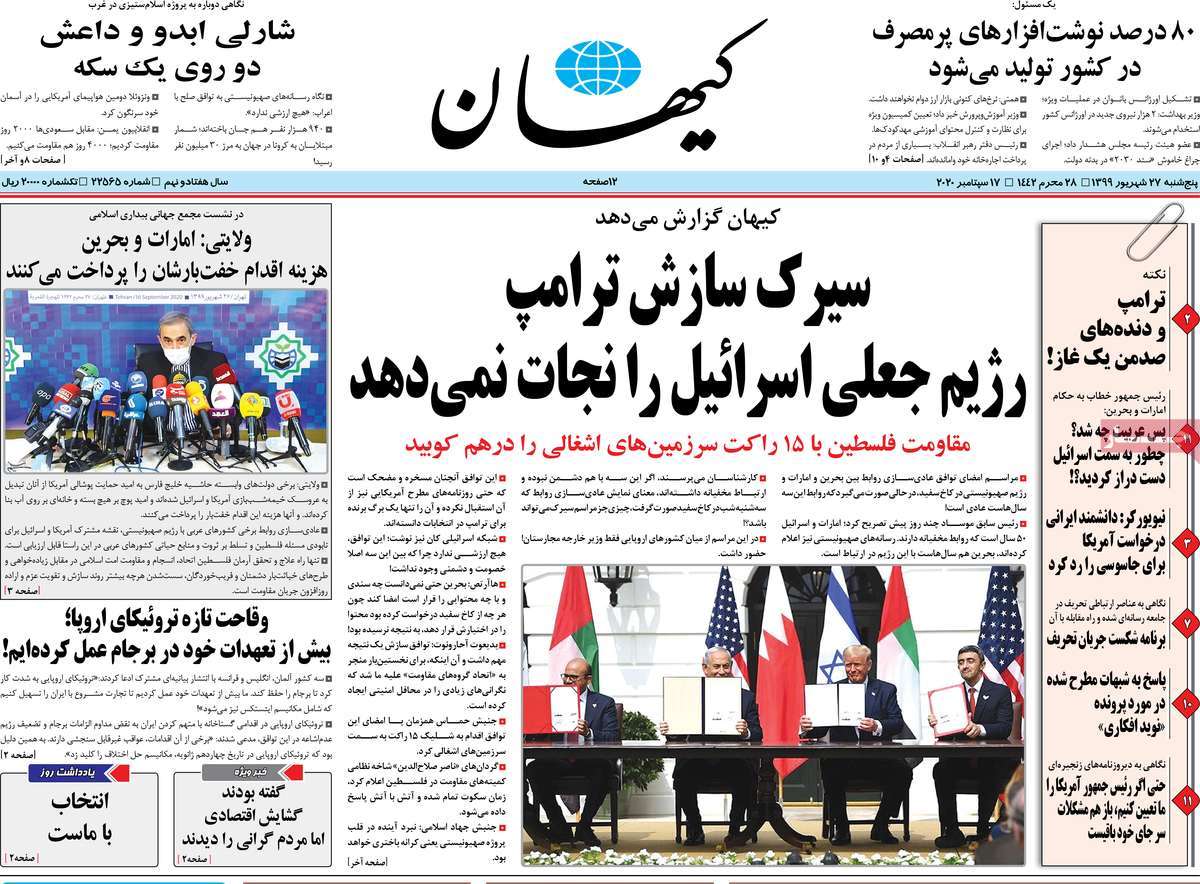 2- It’s Time to Wake Up: Zarif in Reaction to Politico Report 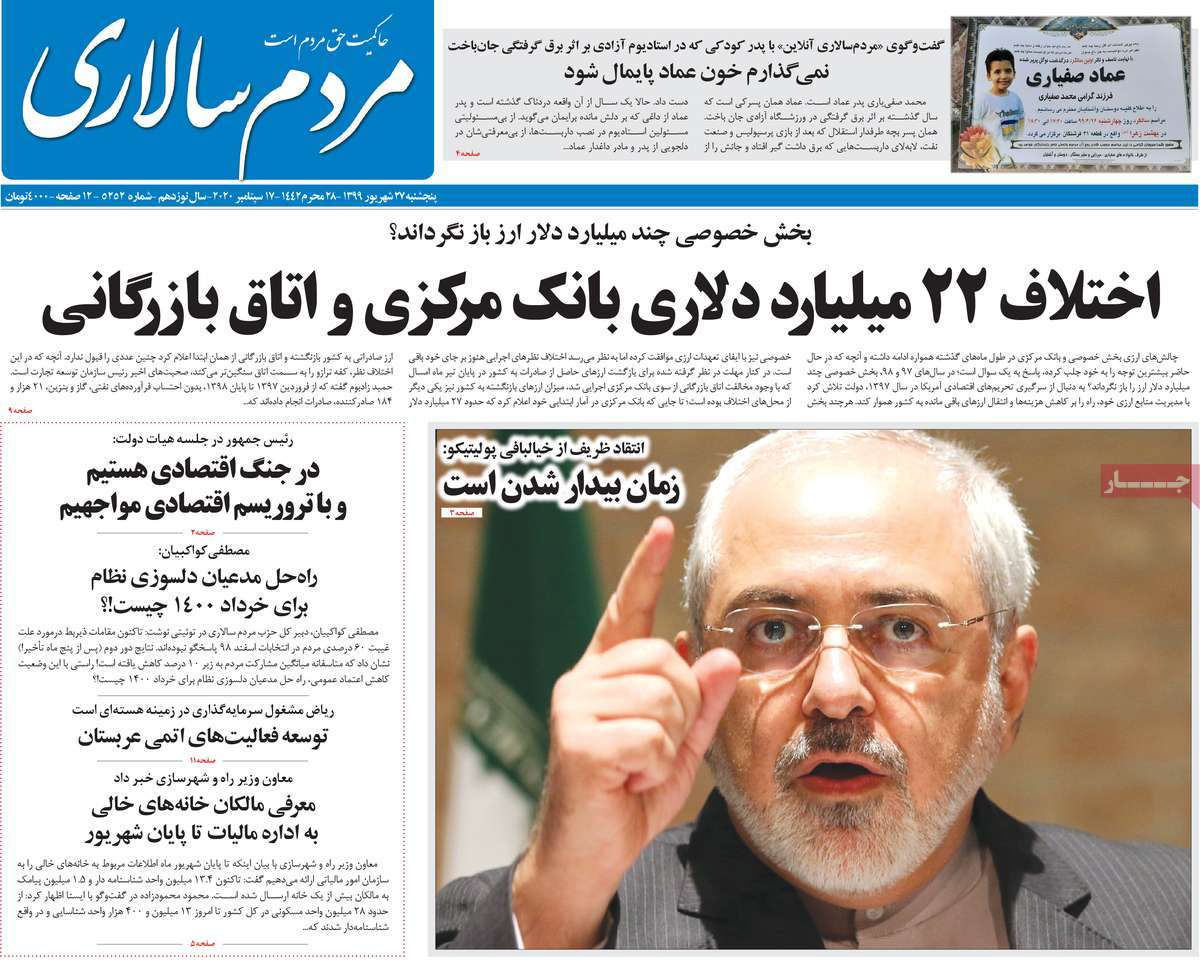 1- Rouhani against Trigger: Iran President Says This Weekend Will Be Day of Iran Victory over US 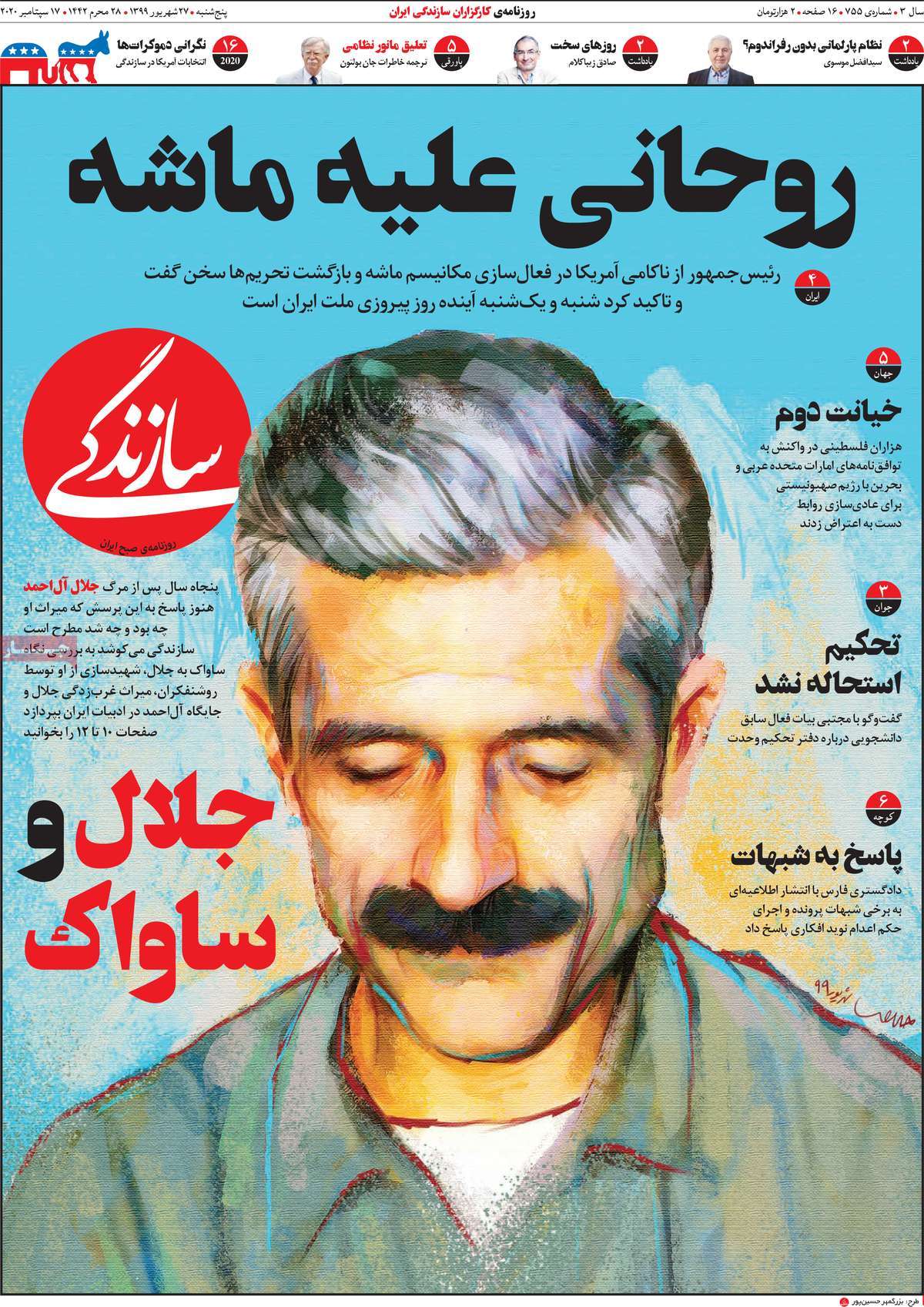 1- Iran’s Warnings: Ravanchi Says US Responsible for Its Adventure 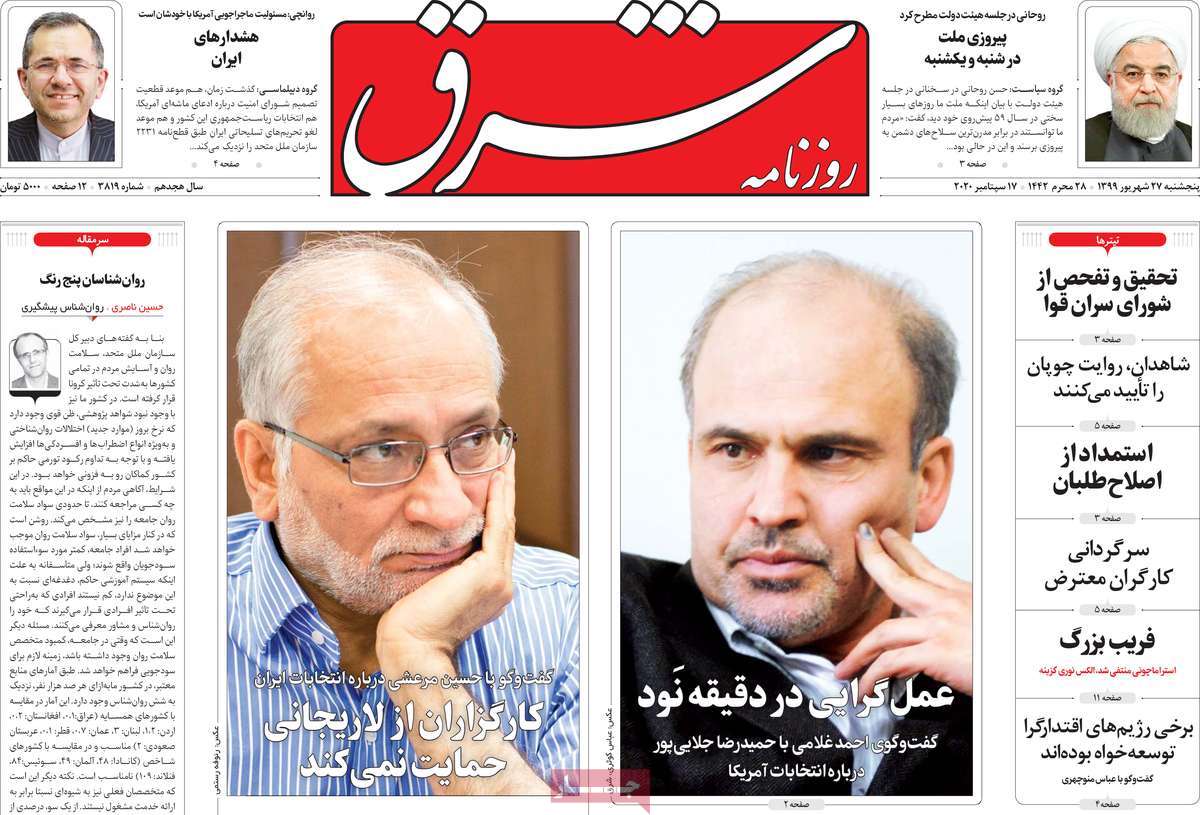