IFP has taken a look at the front pages of Iranian newspapers on Wednesday, October 23, 2019, and picked headlines from nine of them. IFP has simply translated the headlines and does not vouch for their accuracy. 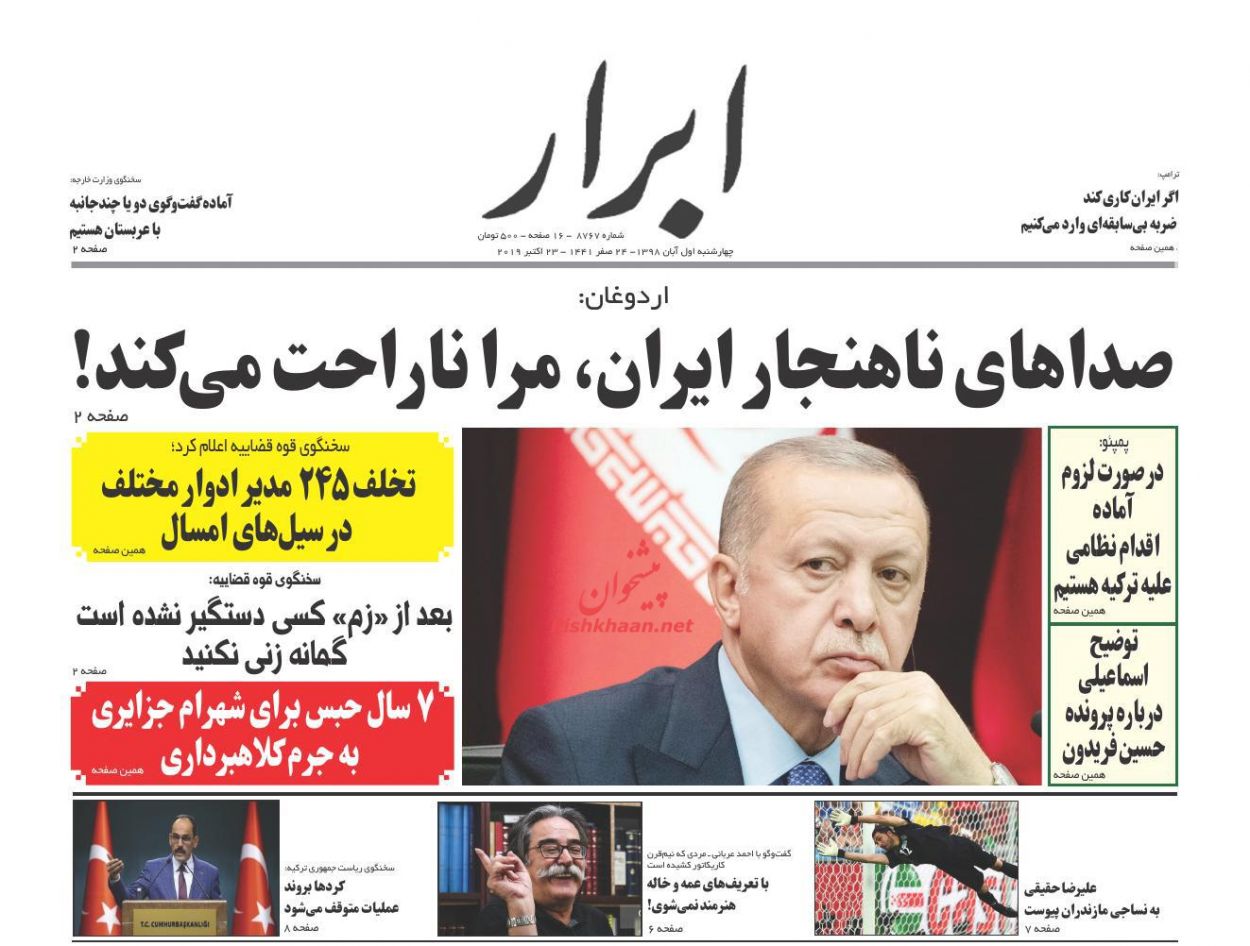 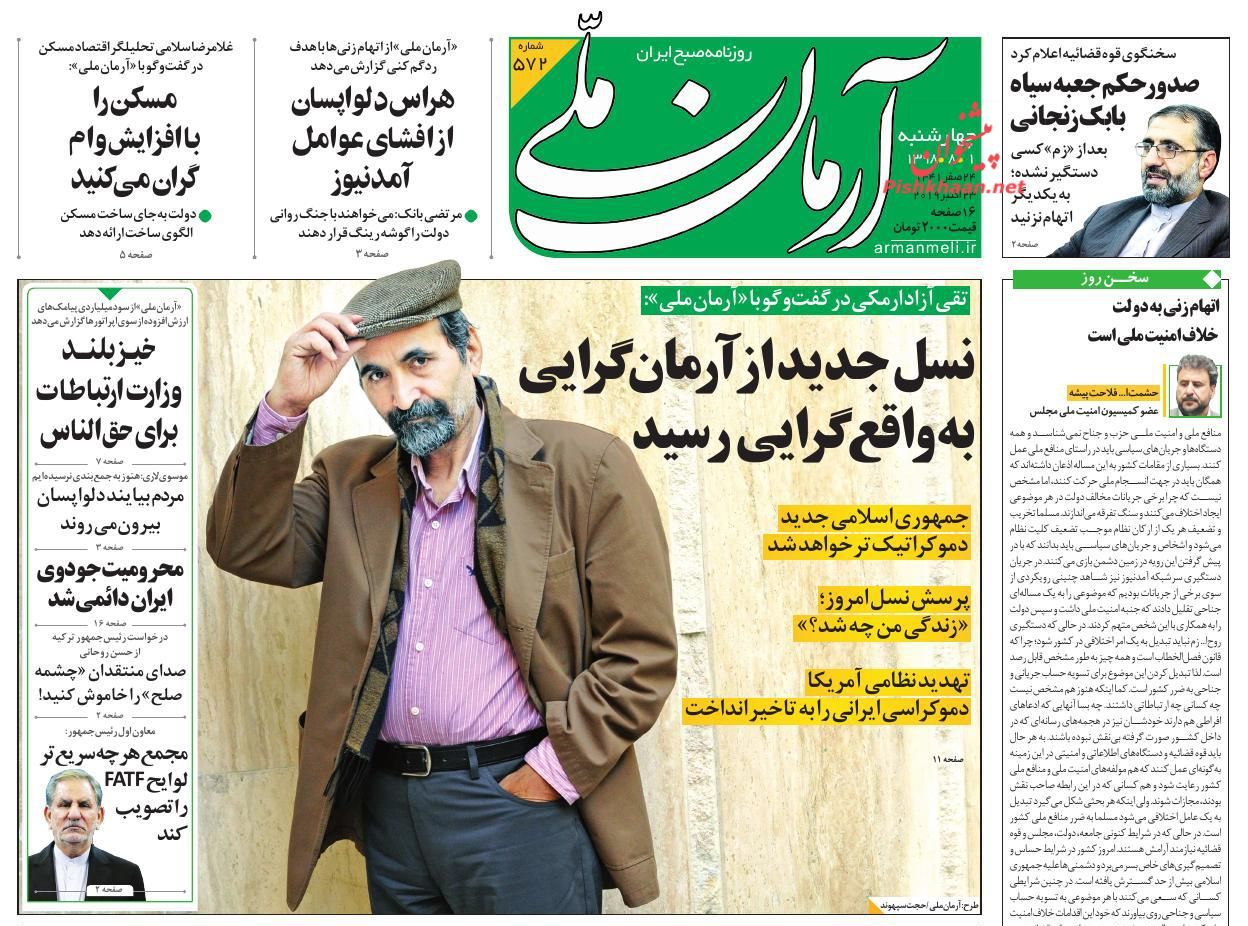 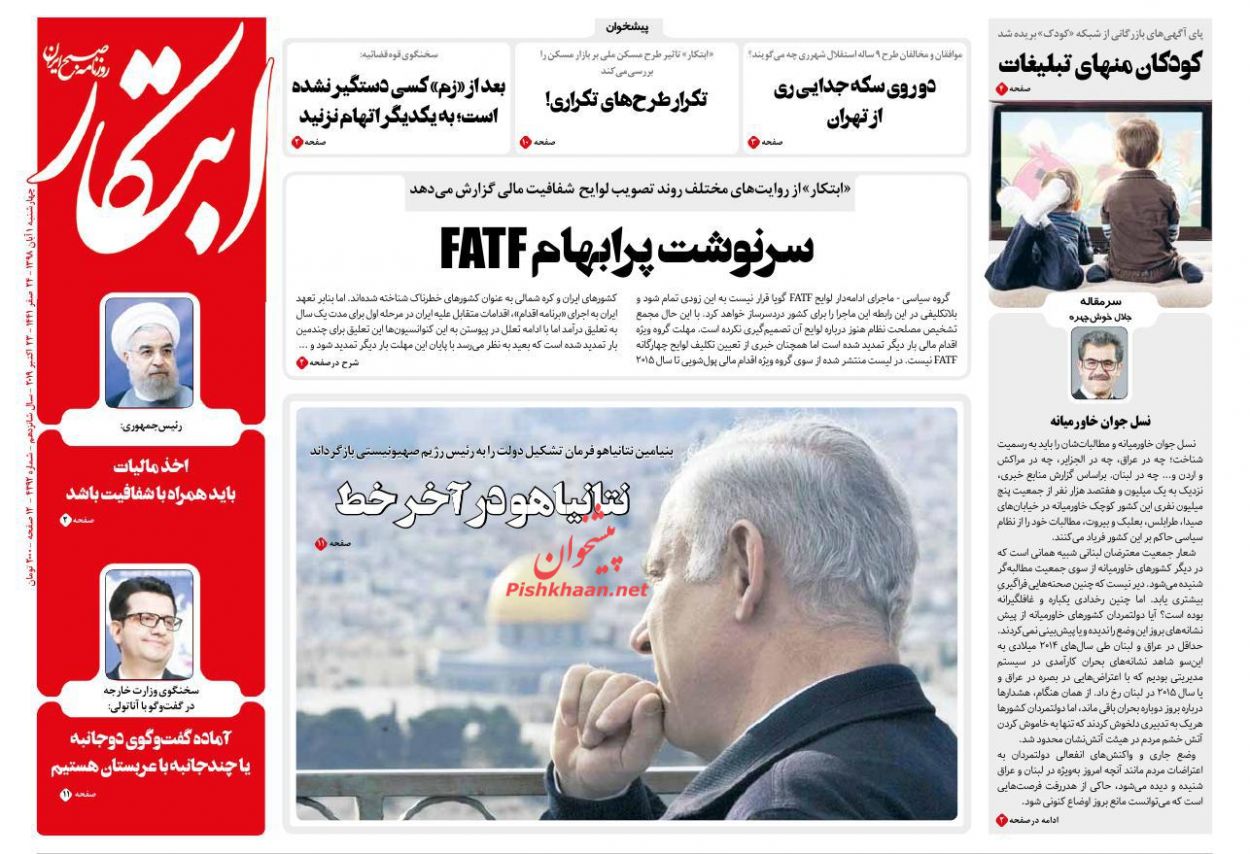 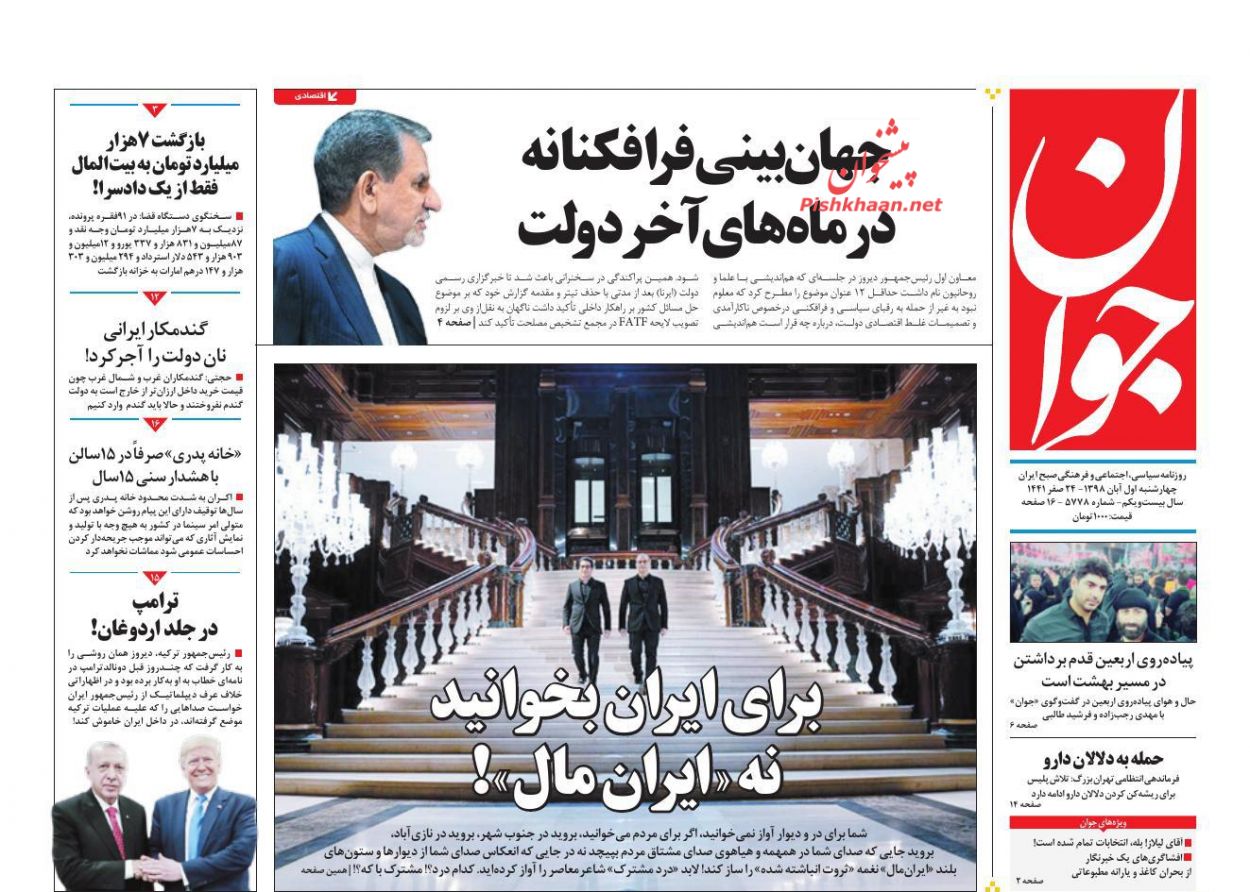 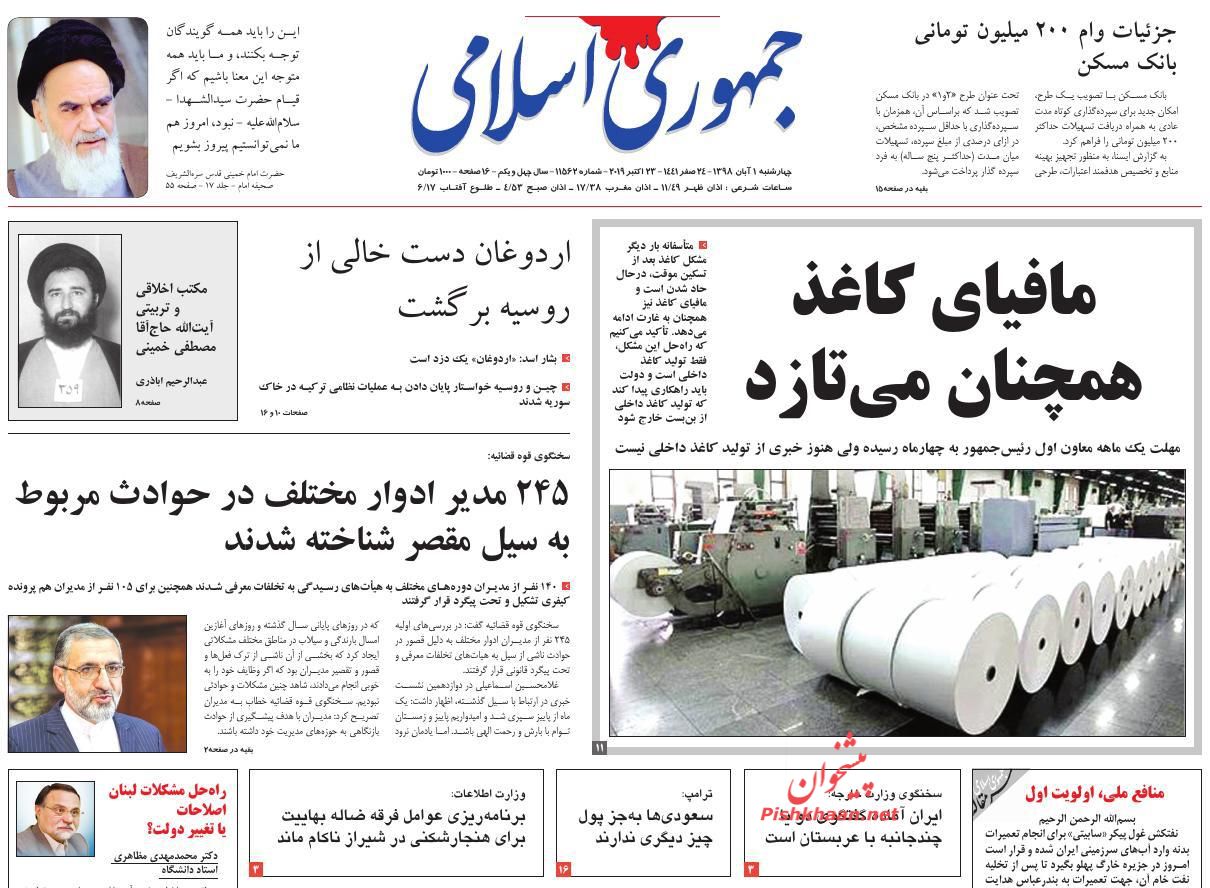 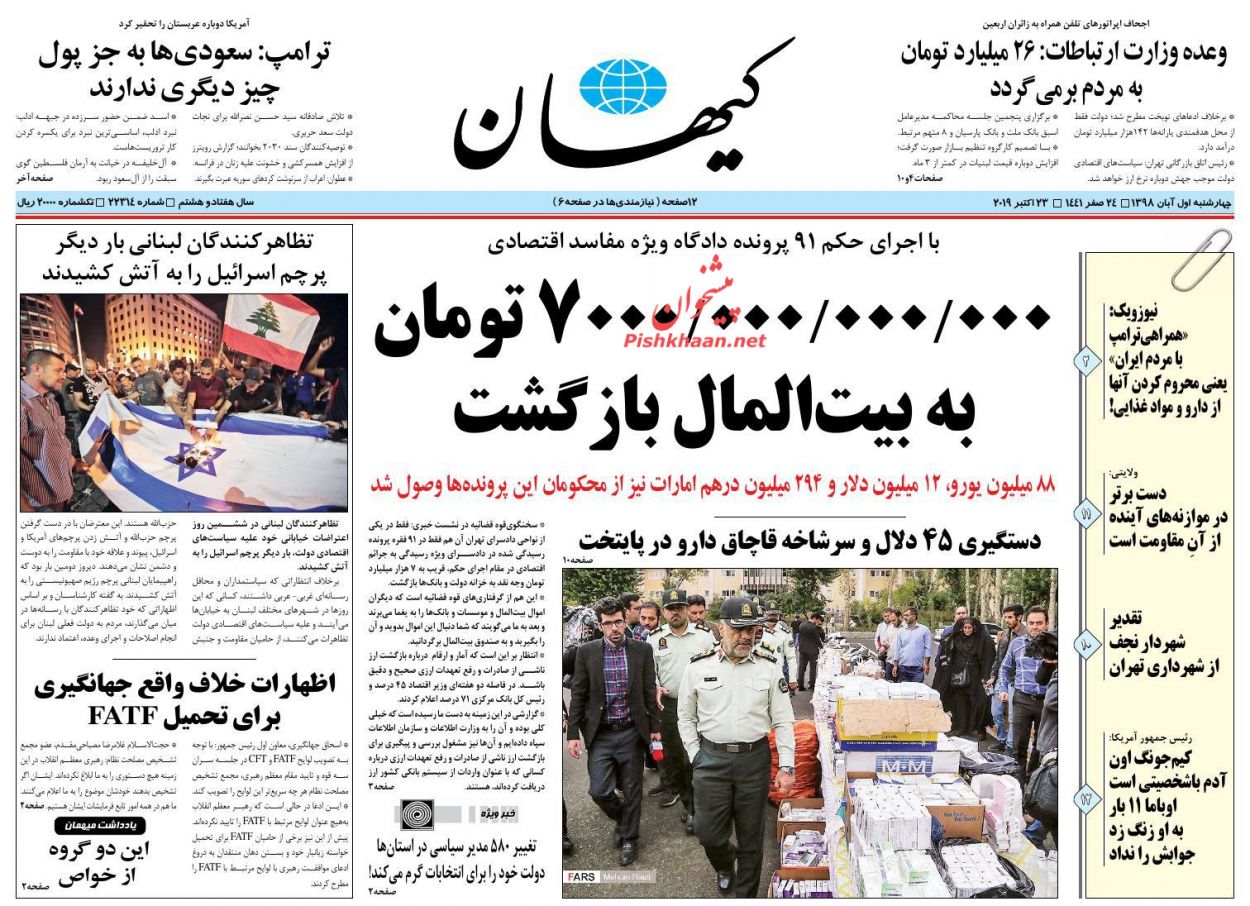 Mardomsalari:
1- FATF Bills Must be Approved as Soon as Possible: VP Jahangiri
2- We Are Ready for Mutual or Multilateral Talks with Saudi Arabia: Iran Spokesman
3- Countdown for Trump’s Impeachment
• US President Getting Ready to Face with Congressmen 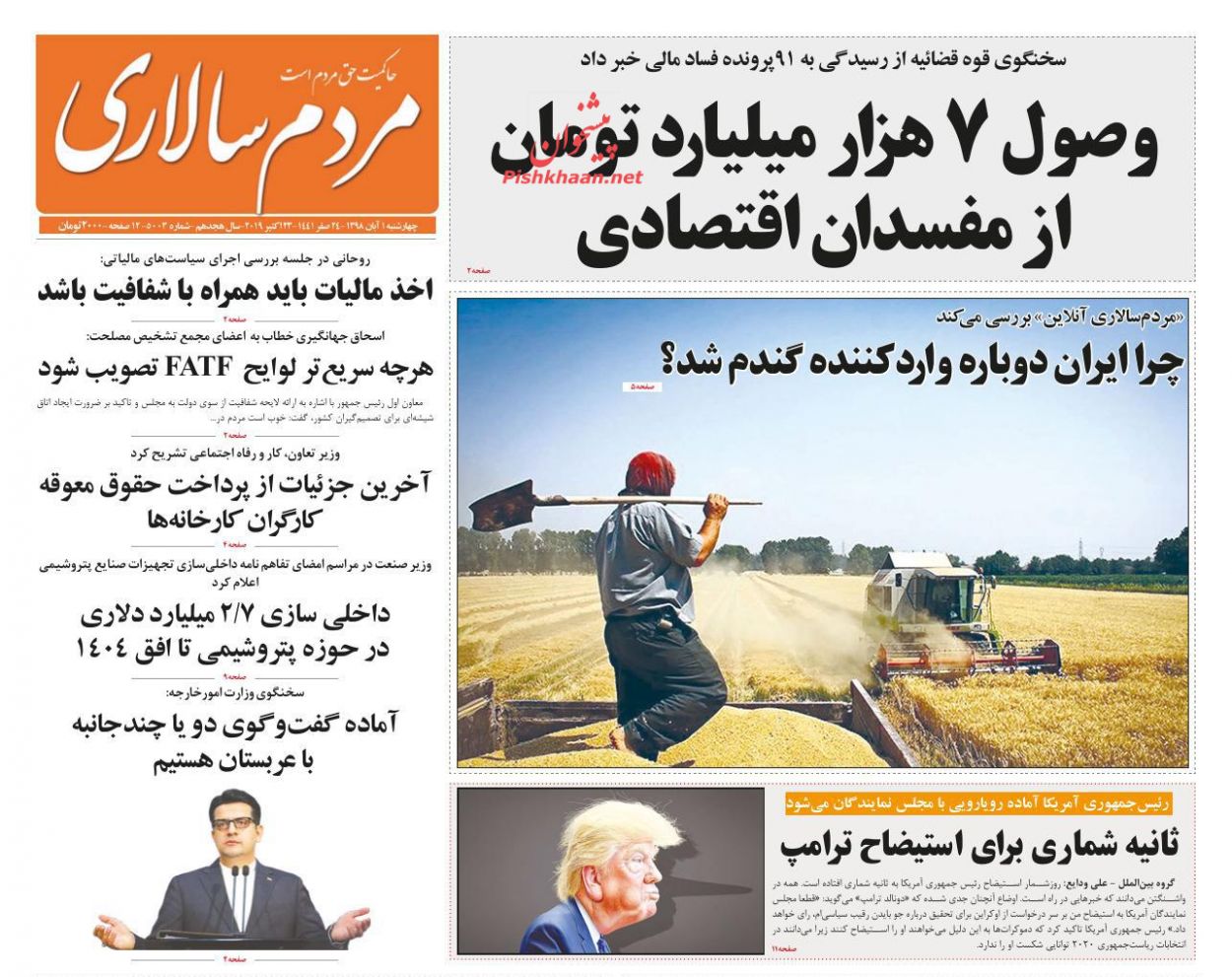 Shargh:
1- US Fear of JCPOA in 2020
• Pompeo, Hook Warn against End of Iran’s Weapons Embargo 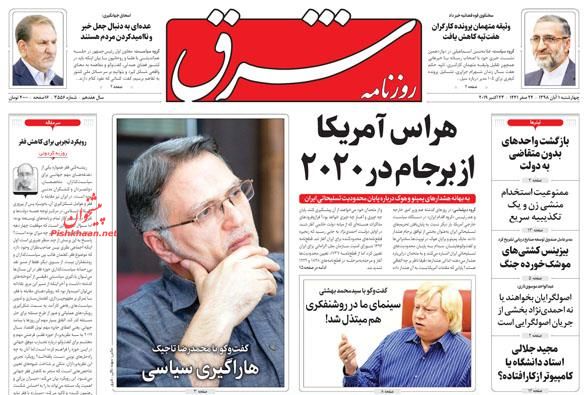