A Look at Iranian Newspaper Front Pages on October 13

IFP has taken a look at the front pages of Iranian newspapers on Sunday, October 13, 2019, and picked headlines from 8 of them. IFP has simply translated the headlines and does not vouch for their accuracy. 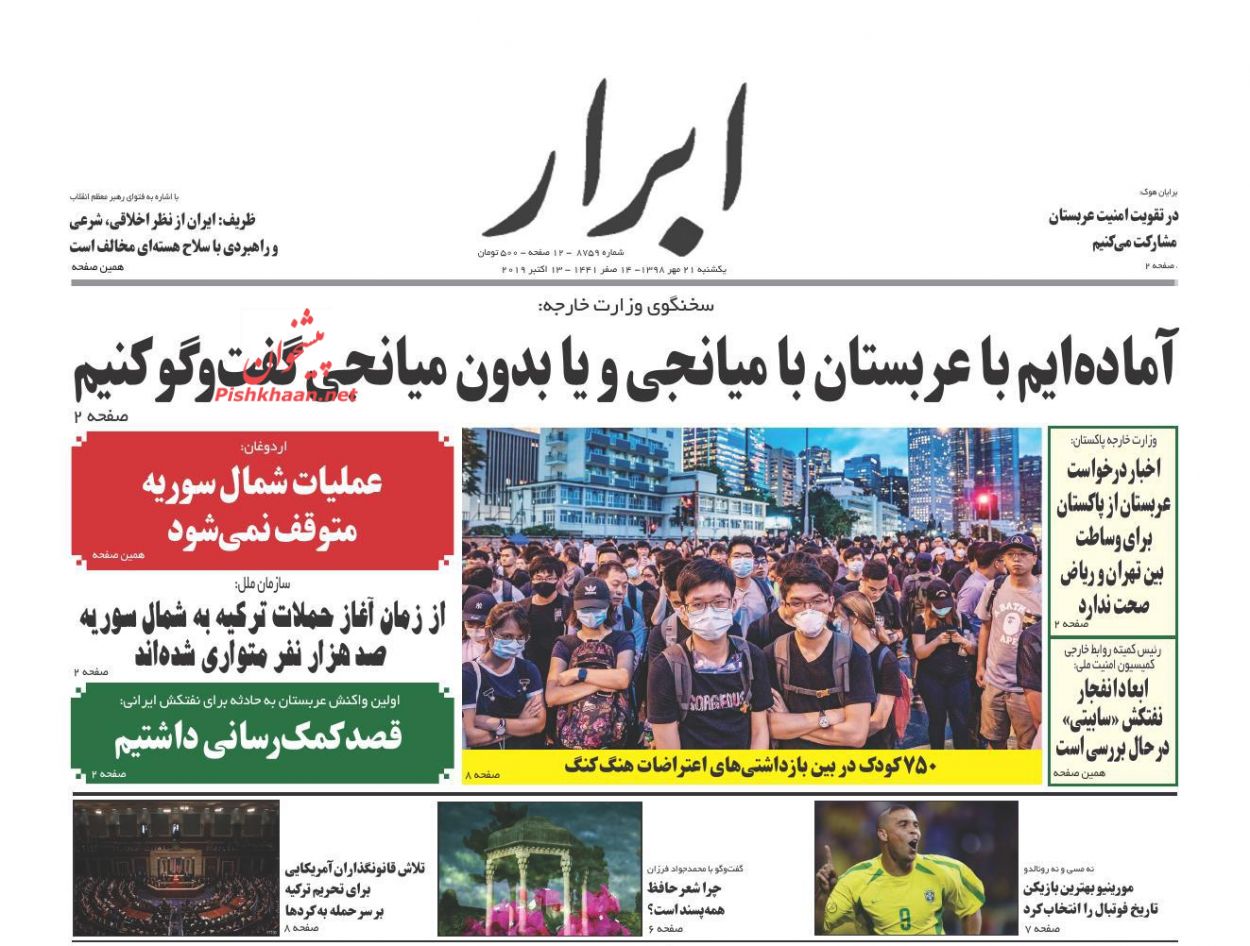 2- US Submarine Possibly behind Attack on Iranian Oil Tanker 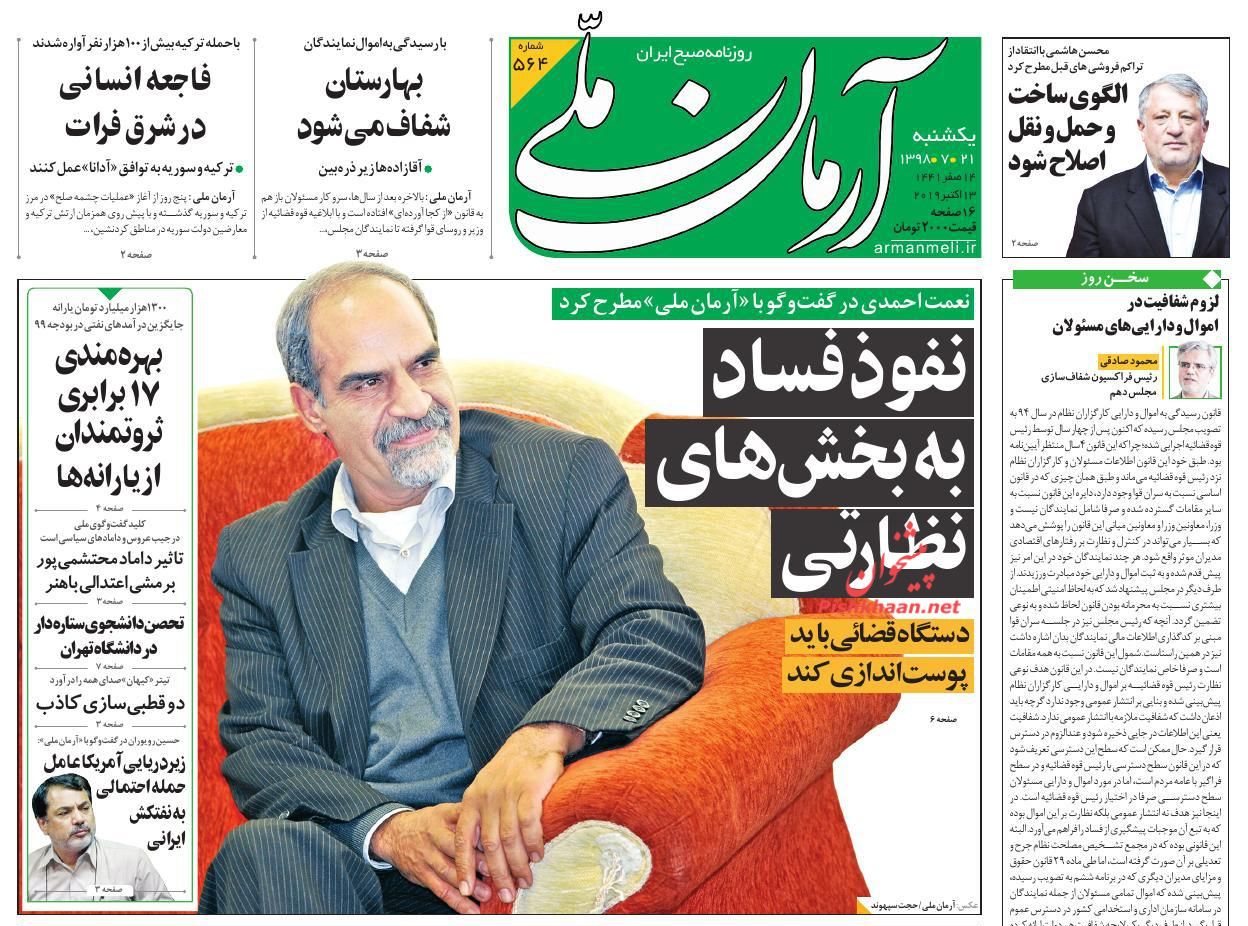 1- Efforts for Thaw in Iran-Saudi Relations: A Review of Imran Khan’s Trip to Iran

2- Banditry in Int’l Waters Not to Remain Unanswered: Shamkhani 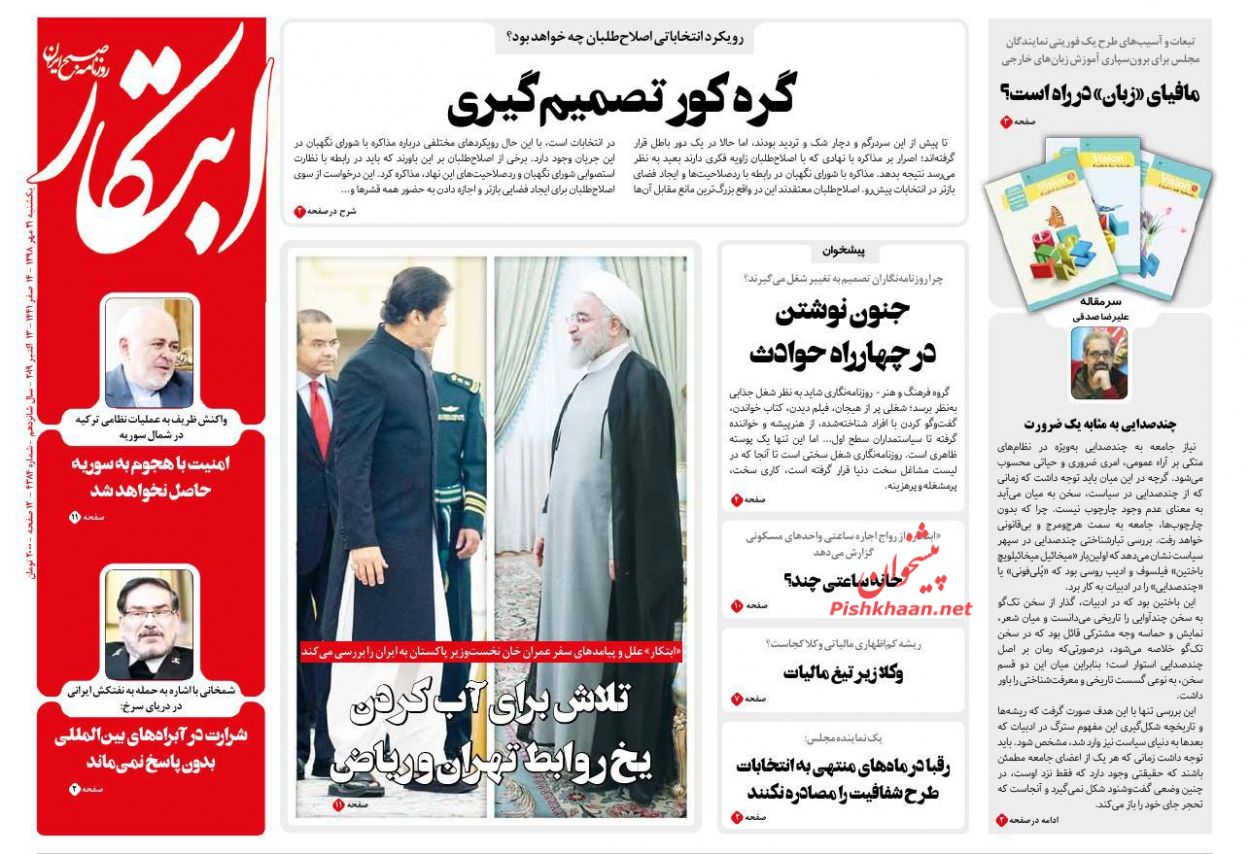 2- US Transfers 80 ISIS Commanders from Syria to Iraq 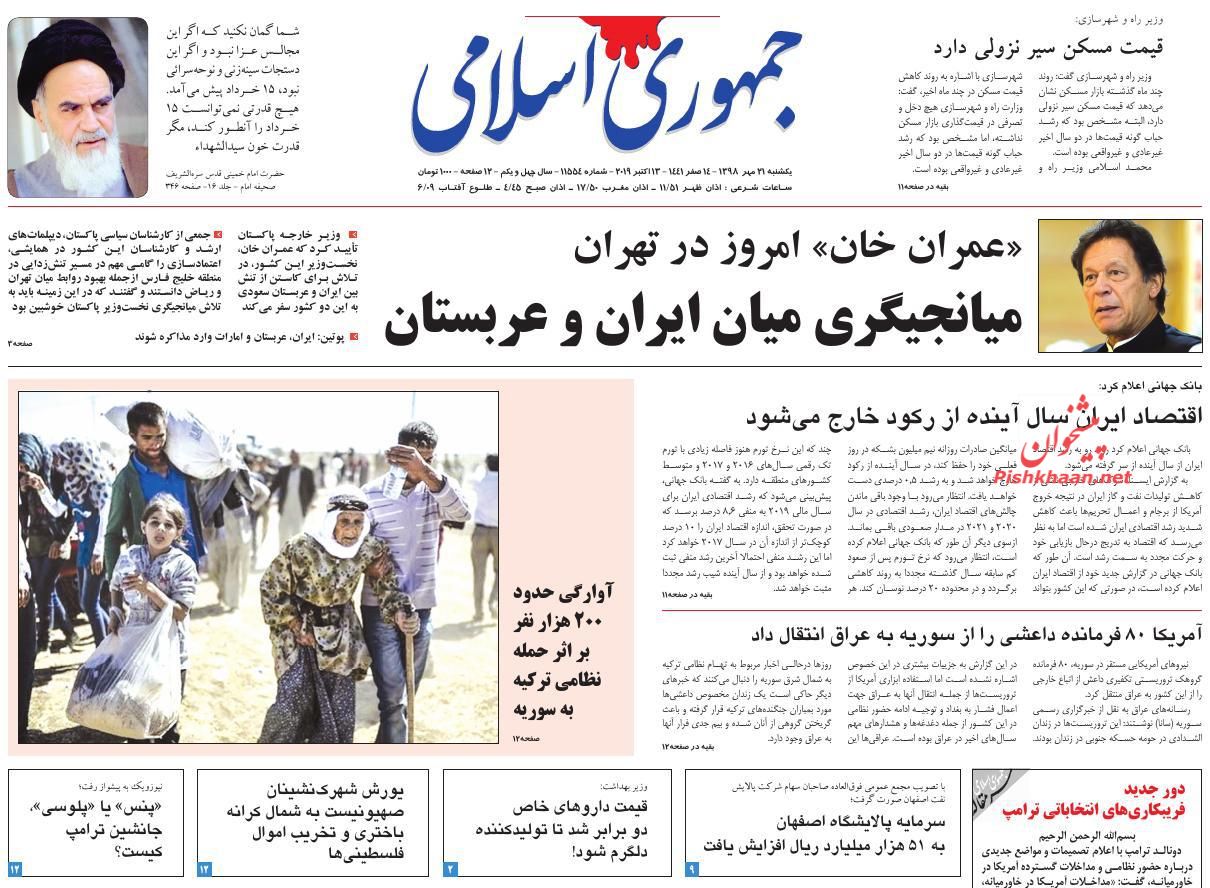 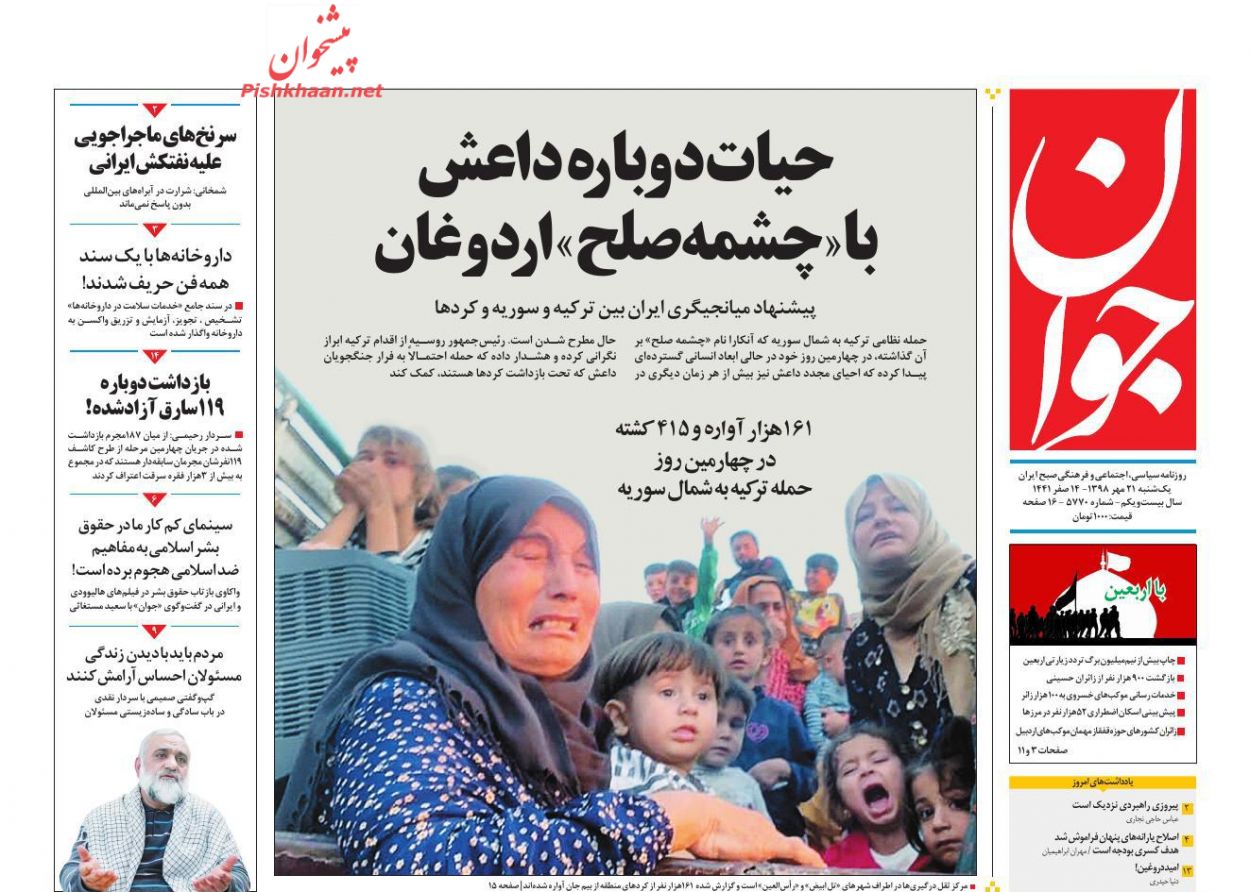 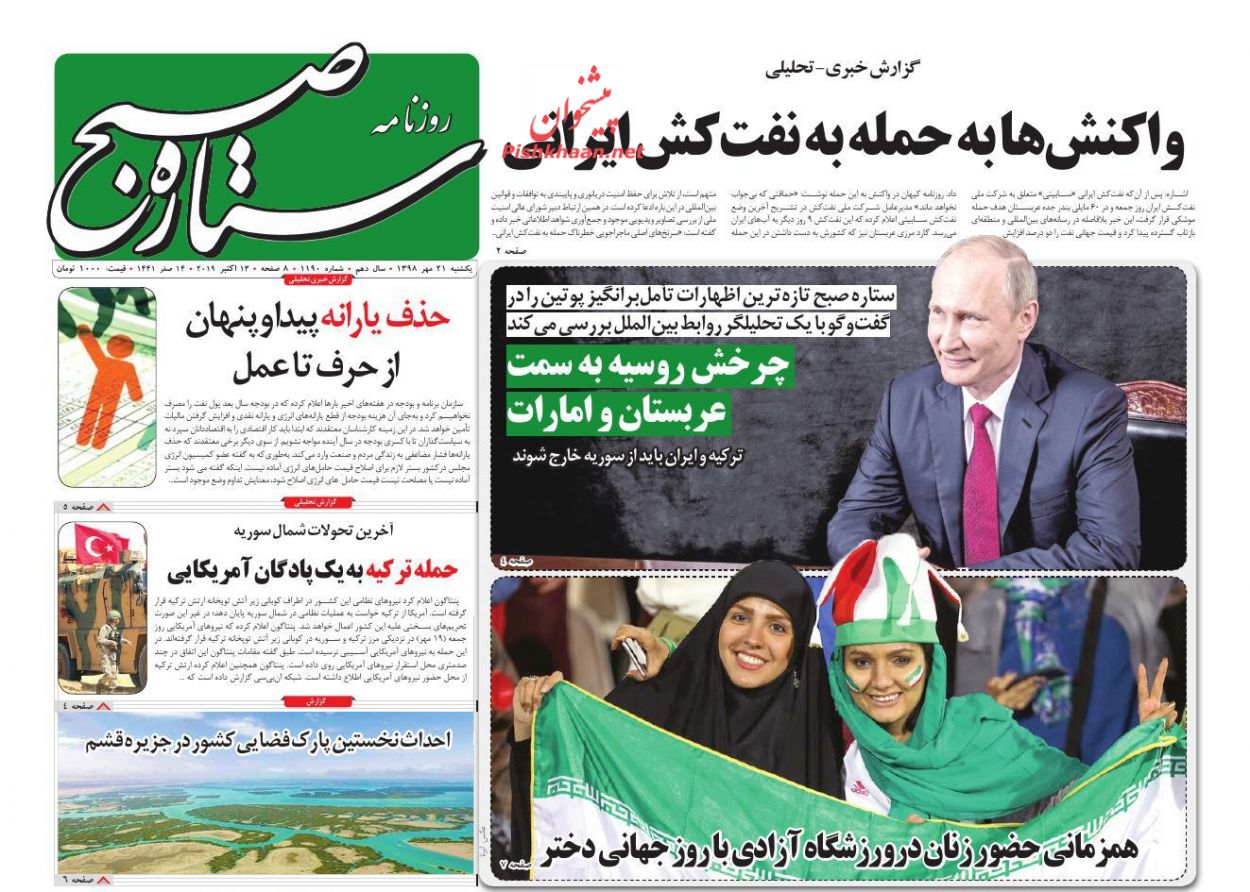 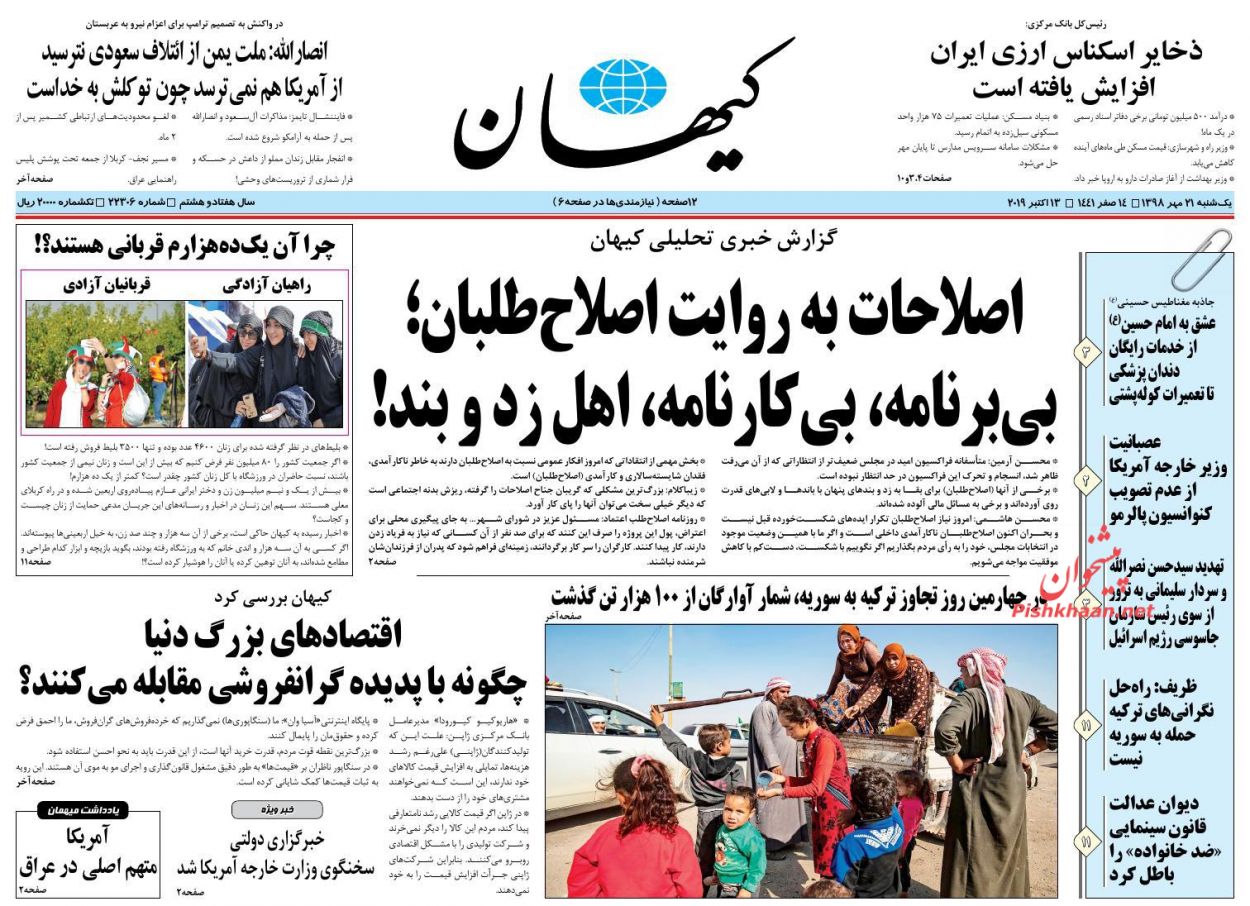 2- One on One Clashes in Ras al-Ain: Increased Violence on Fourth Day of Turkish Invasion 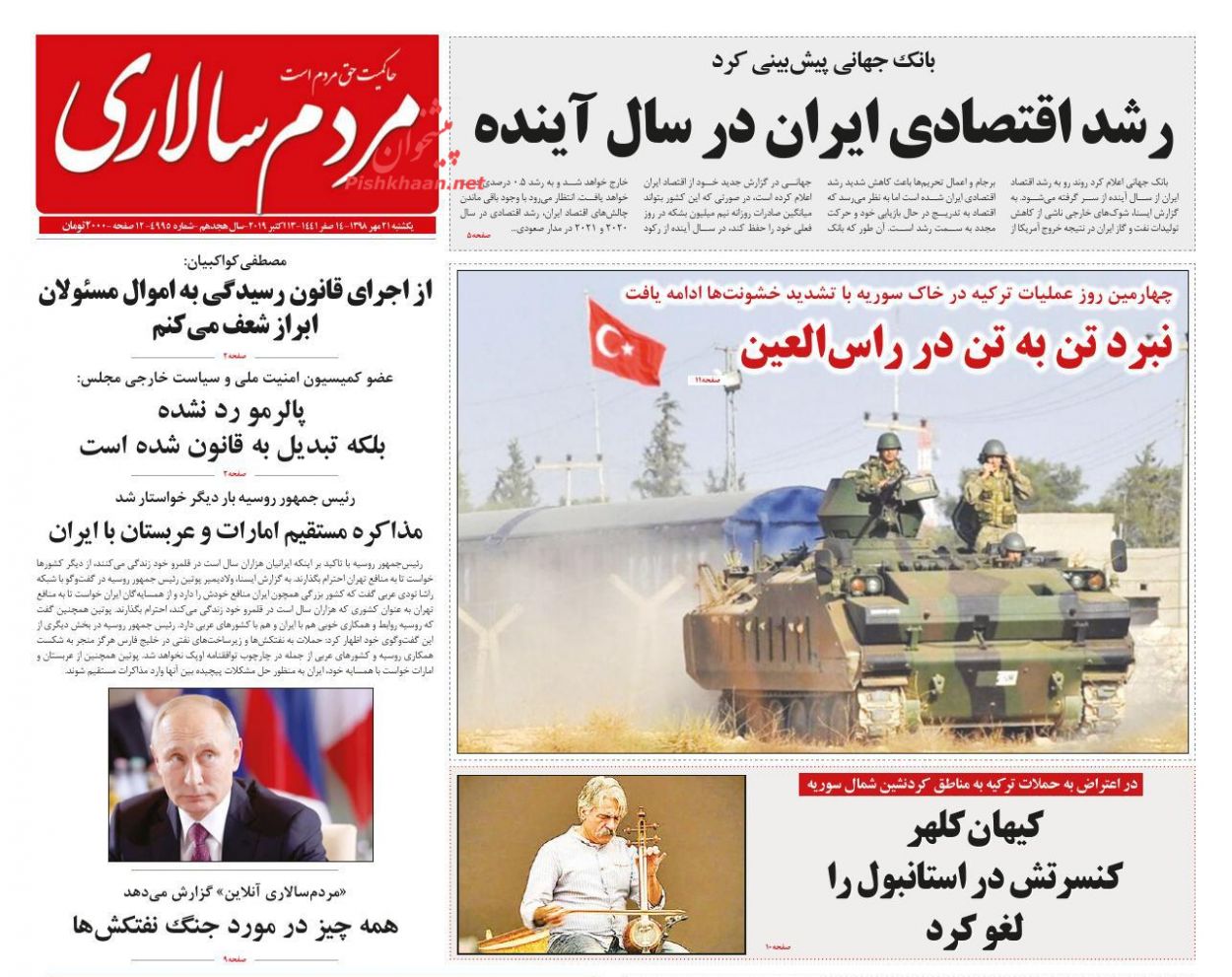