IFP has taken a look at the front pages of Iranian newspapers on Thursday, October 10, 2019, and picked headlines from 8 of them. IFP has simply translated the headlines and does not vouch for their accuracy. 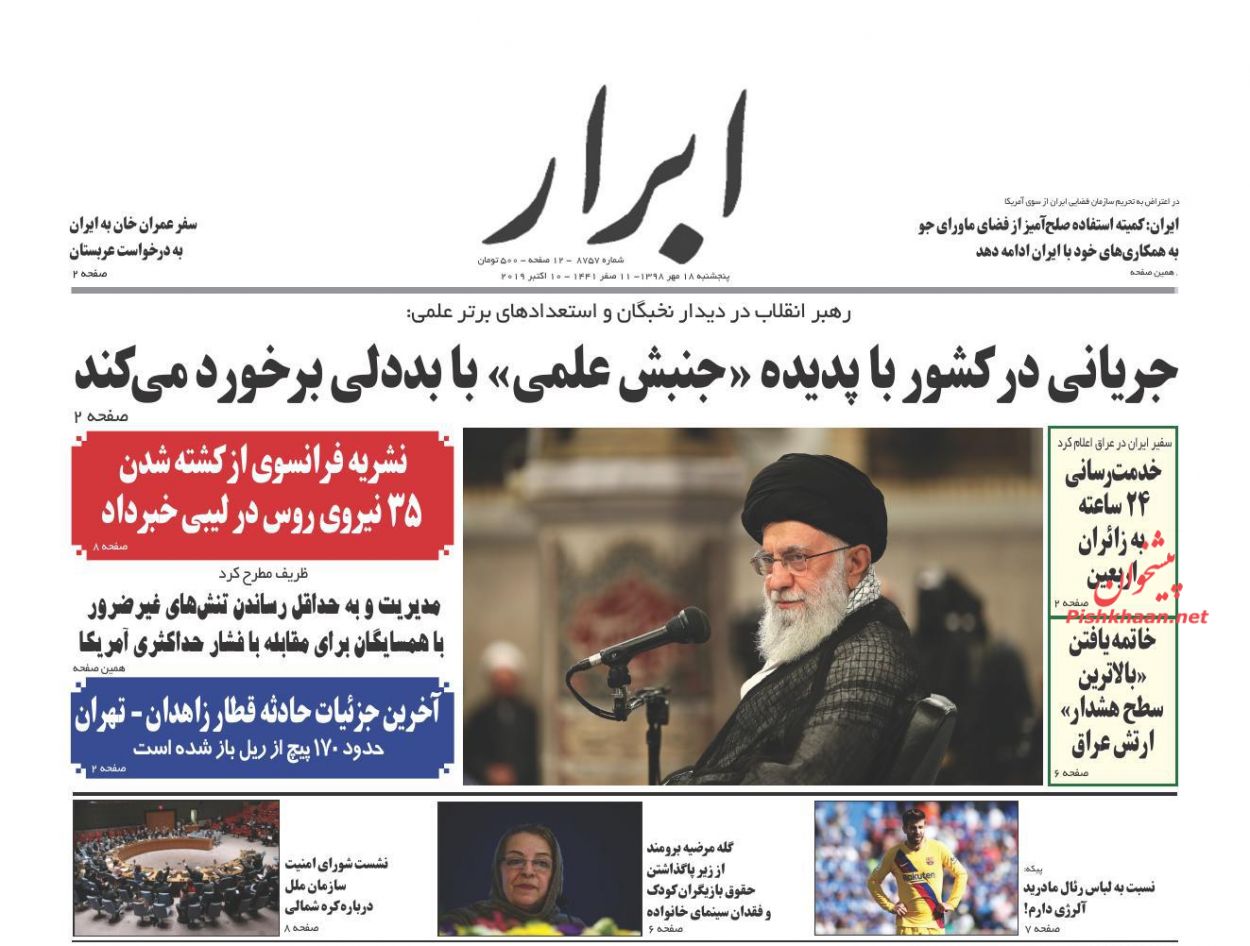 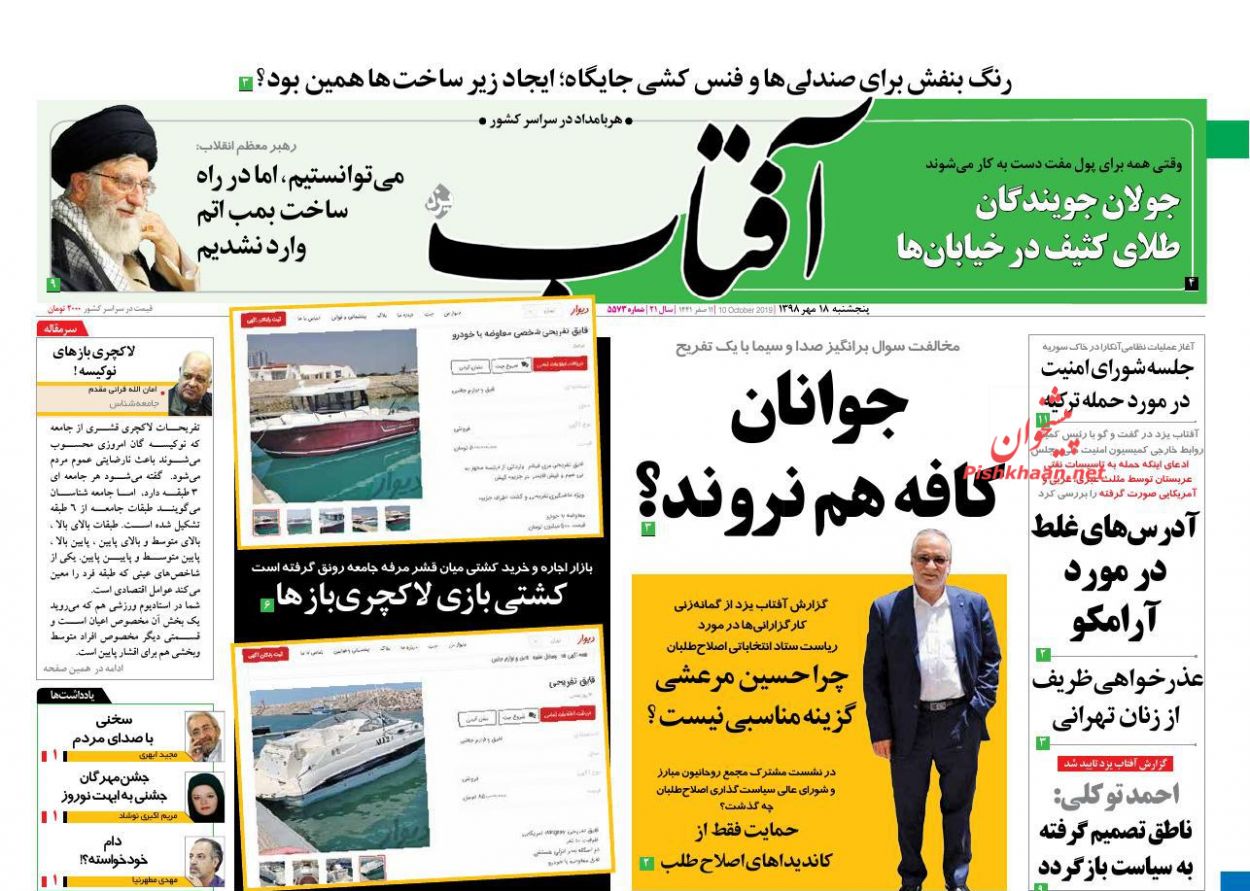 Arman-e Melli:
1- Iran Leader: Elites Are Part of My Soul
2- Imran Khan’s Visit to Iran at Saudi Request to Mediate between Tehran, Riyadh
3- Rouhani: We Want Turkey Not to Attack Syria 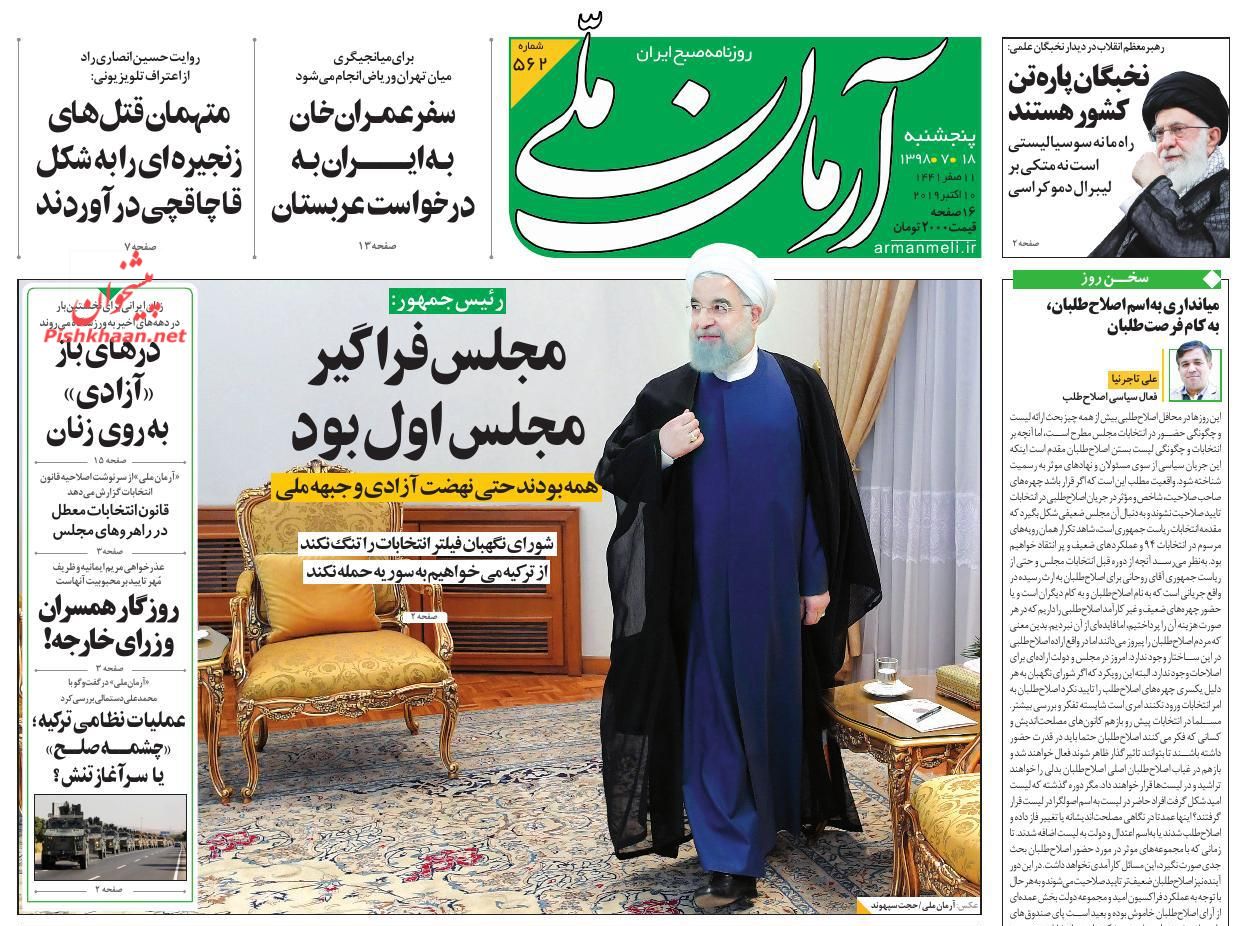 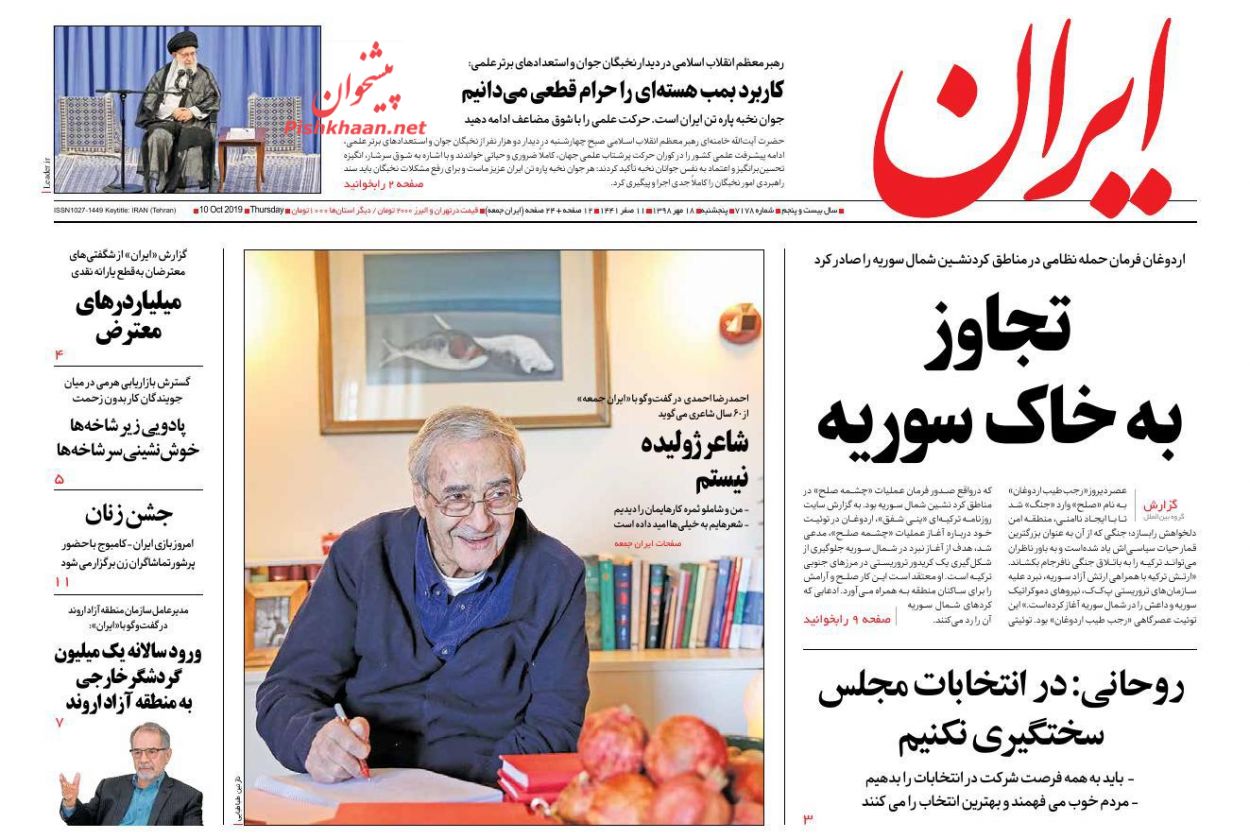 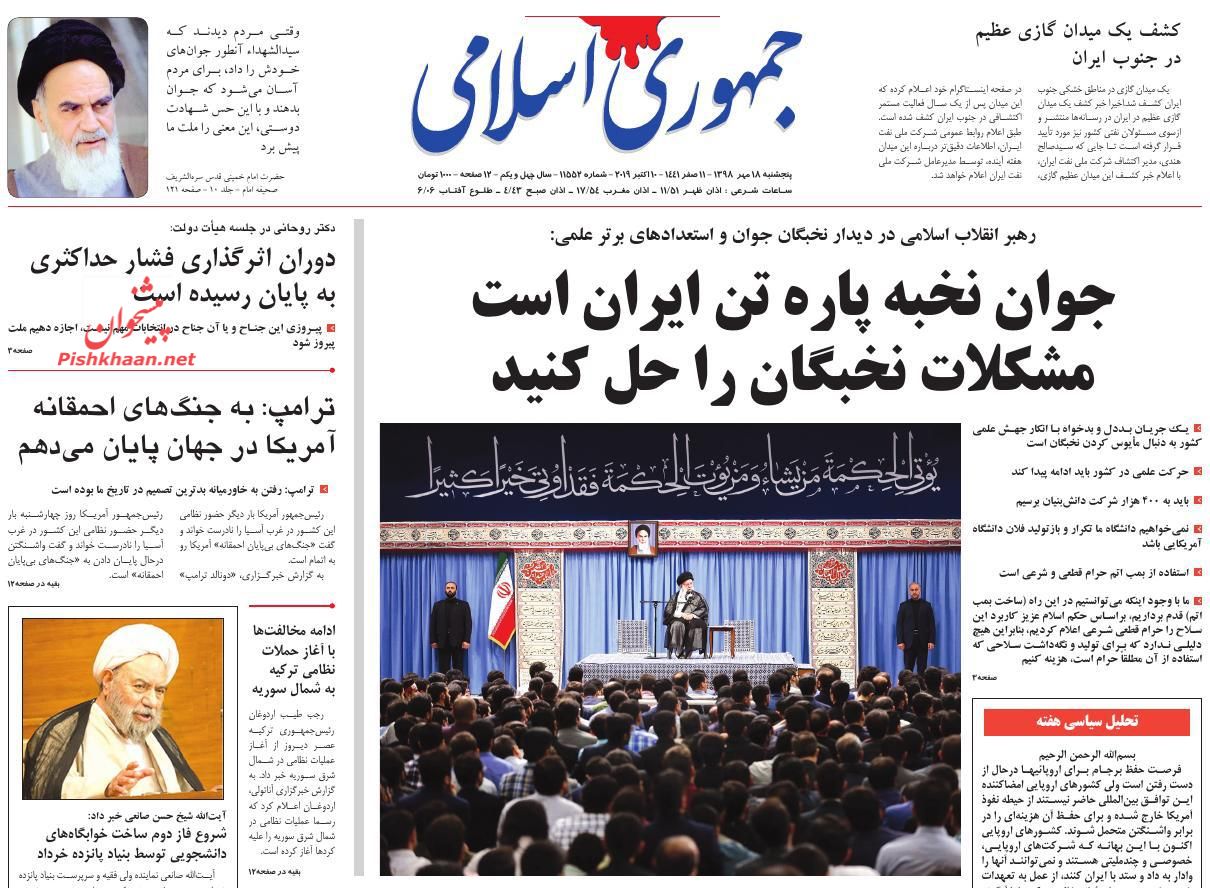 Setareh Sobh:
1- Use of Nukes Forbidden by Sharia: Iran Leader
2- What Happened in Int’l Conference on Global Economy and Sanctions?
3- Government Poised to Go Beyond Oil-Dependent Economy 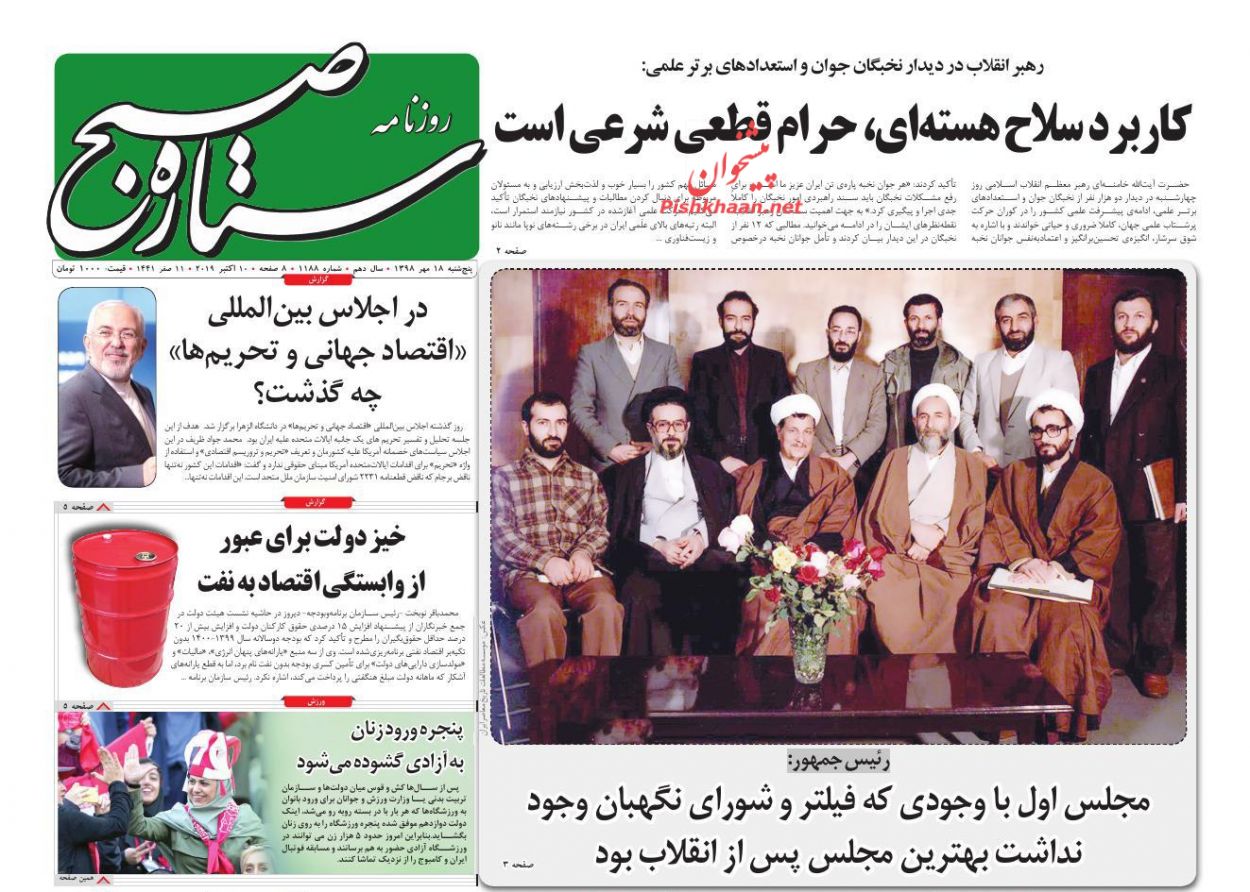