IFP has taken a look at the front pages of Iranian newspapers on Monday, November 4, 2019, and picked headlines from 9 of them. IFP has simply translated the headlines and does not vouch for their accuracy.

Abrar:
1- Iran Leader: Talks with US Has No Result, as They Won’t Give Us Any Concessions
2- Erdogan-Trump Meeting May Be Cancelled over Invitation for Kurdish Commander
3- UK Envoy Warns about Iran’s Next Steps to Reduce JCPOA Commitments 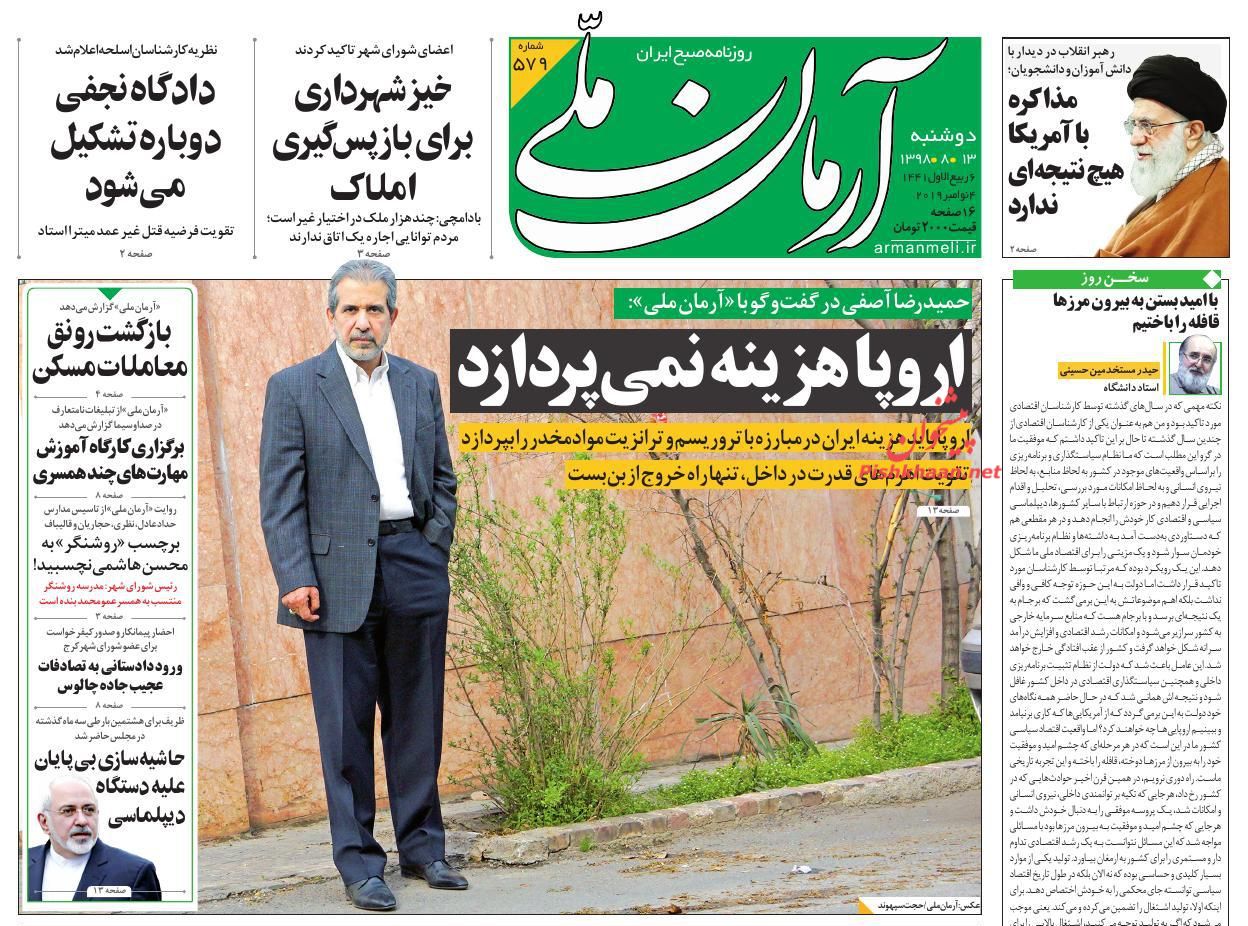 Ebtekar:
1- Zarif: Six UNSC Resolutions against Iran Works of Some of Our Friends [Ahmadinejad]
2- Parliament Speaker: US Officials Should Think of Something for Trump’s Mouth
3- Johnson in Crisis: UK PM Urges Fans to Prevent Victory of Corbyn Javan:
1- Leader: Don’t Count on Macron’s Words, He’s Either Naive or US Accomplice 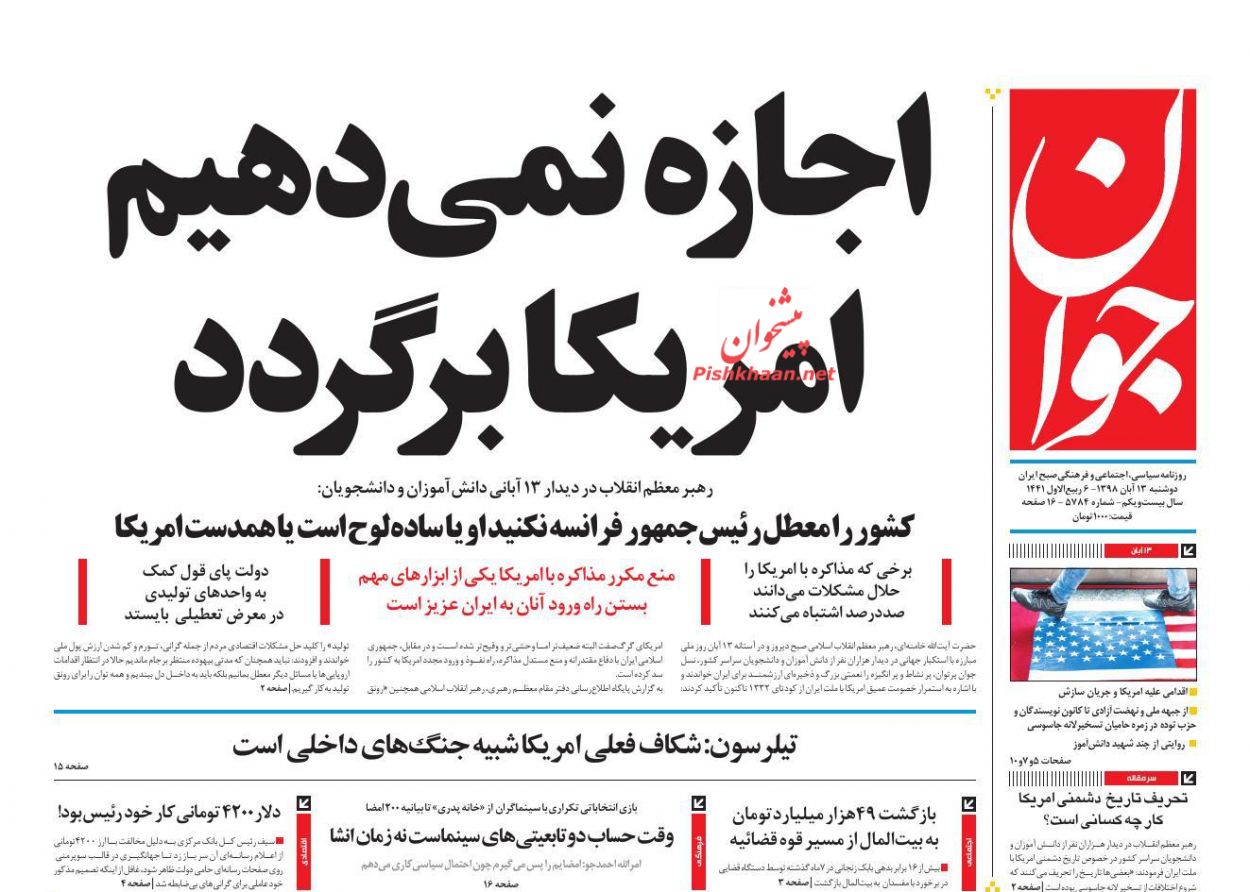 Jomhouri Eslami:
1- US Hostility towards Iranian Nation from 1953 Up to Now: Iran Leader
2- Iraq Protests in New Phase of Civil Disobedience and Strikes 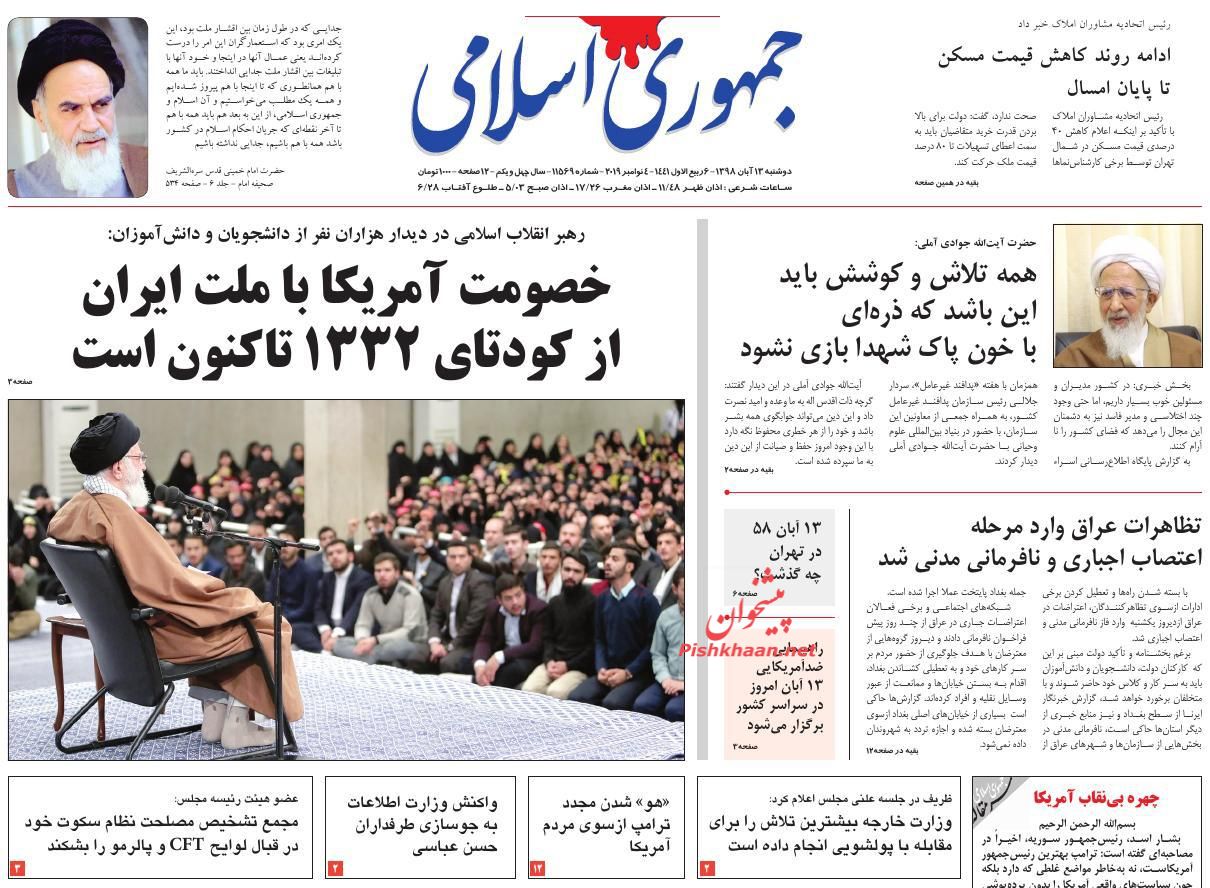 Kayhan:
1- UAE Intelligence Cell Disbanded in Iraq; They Used to Distribute Money among Protesters
2- Had Officials Acted Naively and Negotiated with US, Roads Would Be Opened for US to Exert More Pressure: Leader 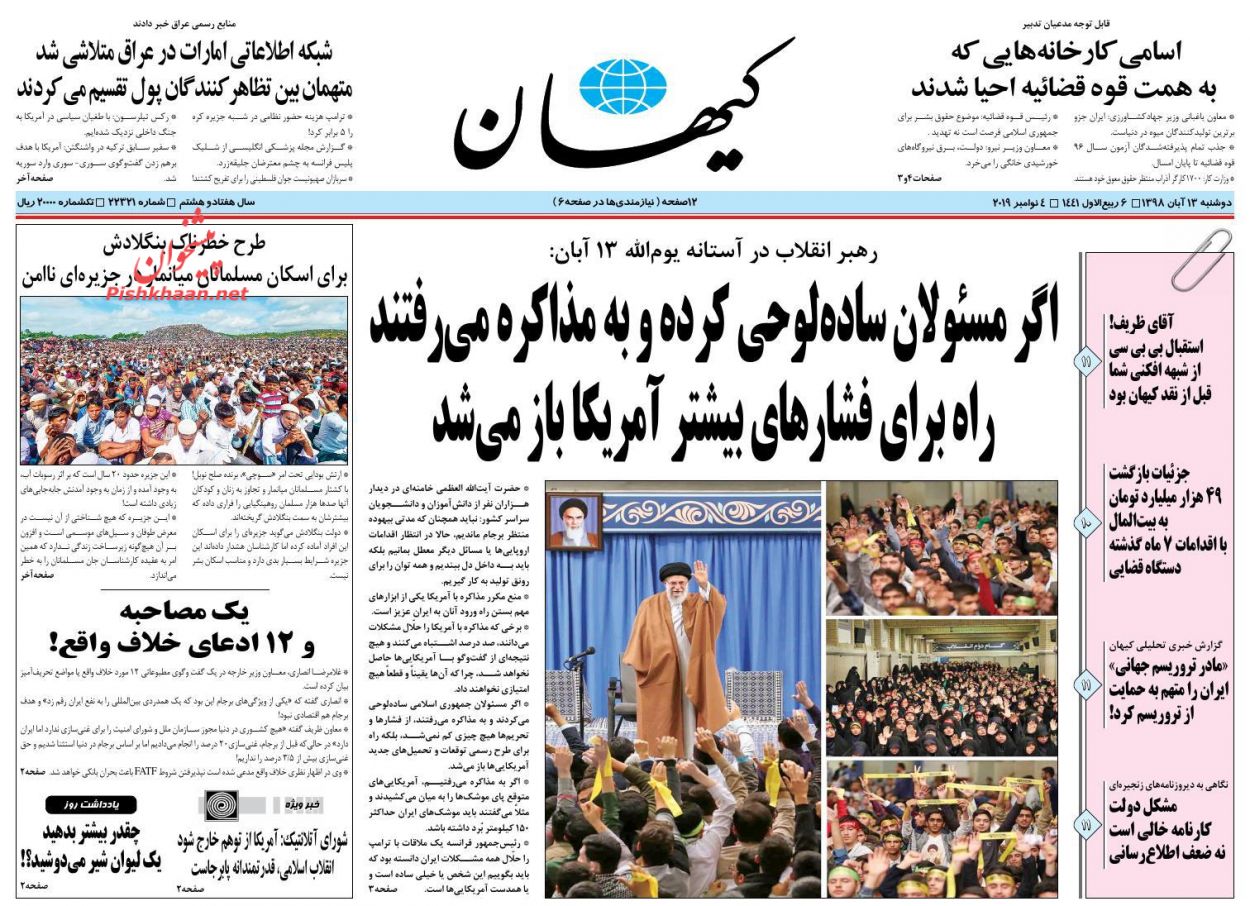 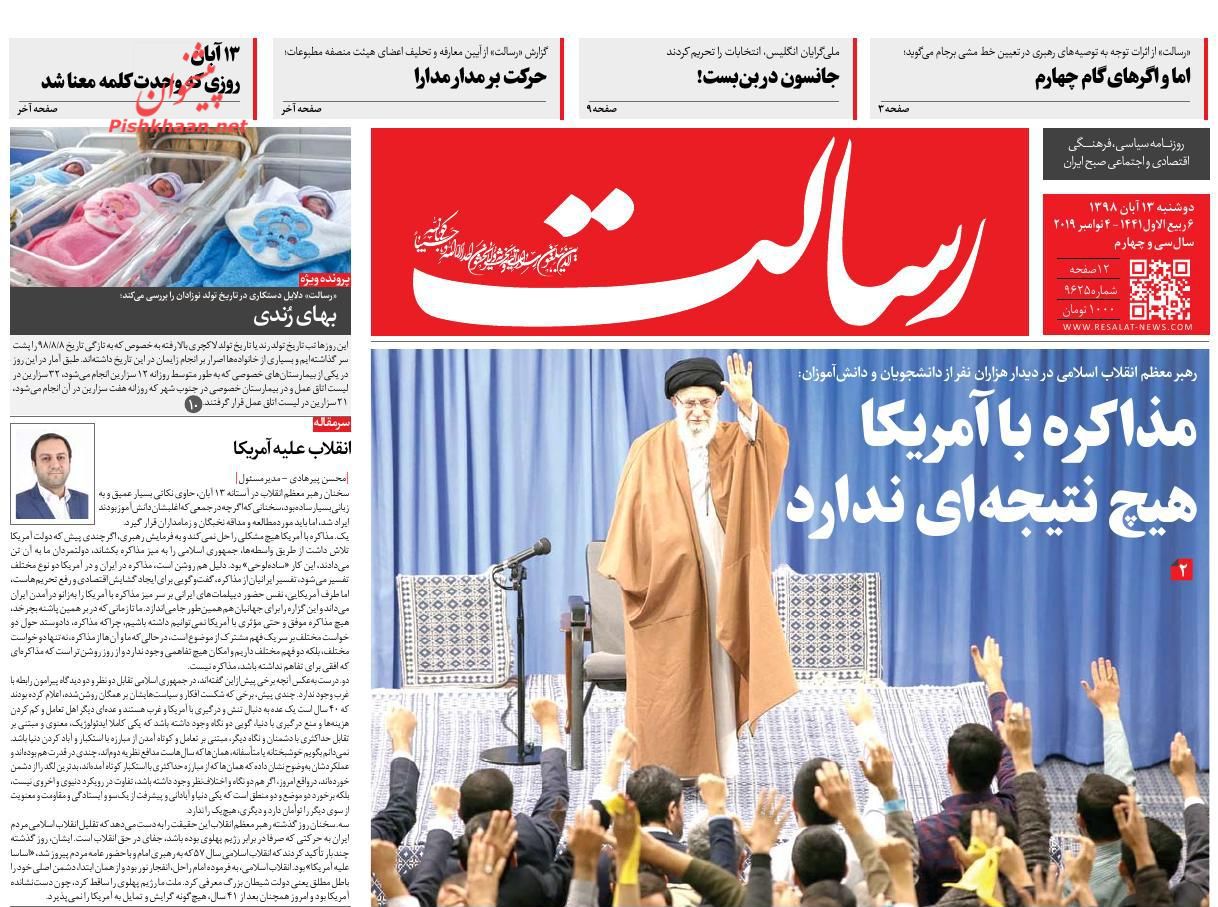