By Seyedeh Maryam Hosseini Lahijani
May 9, 2020

IFP has taken a look at the front pages of Iranian newspapers on Saturday, May 9, 2020, and picked headlines from 12 of them. IFP has simply translated the headlines and does not vouch for their accuracy. 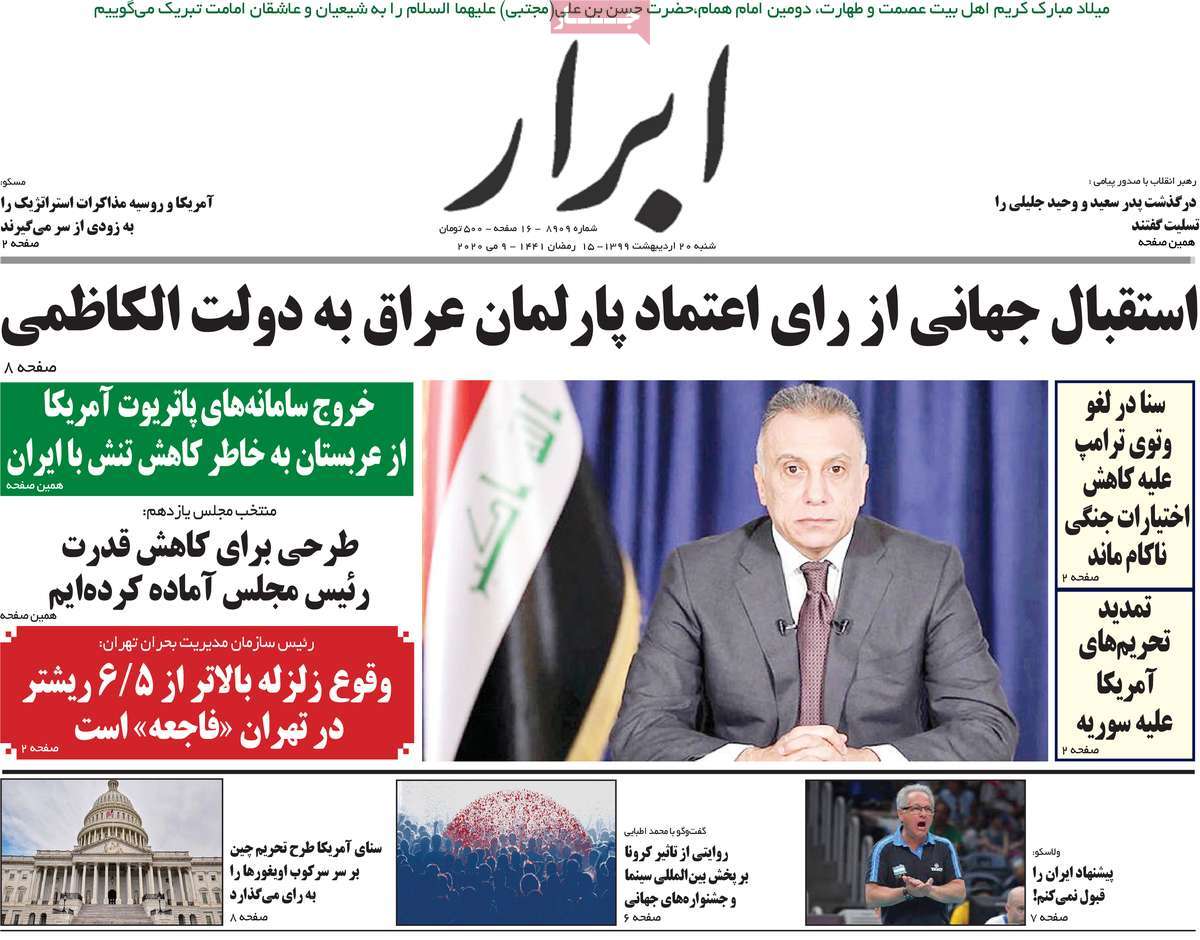 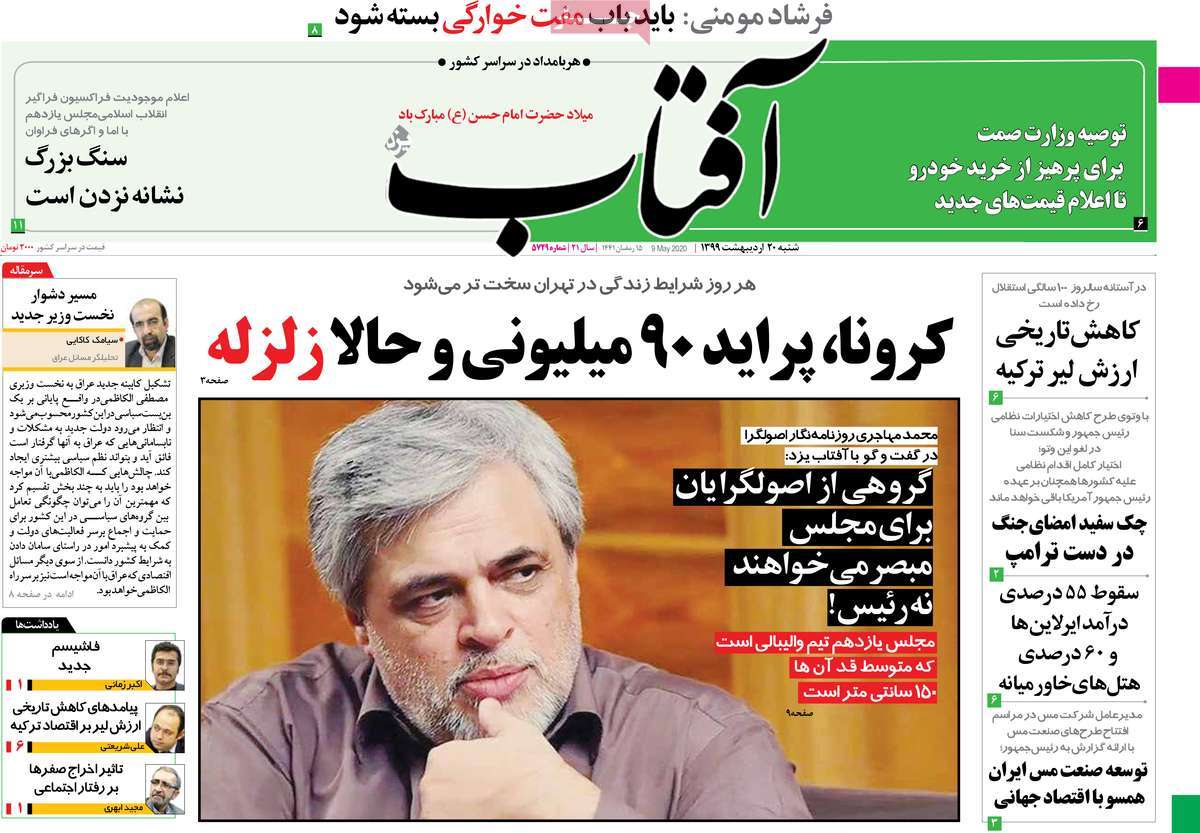 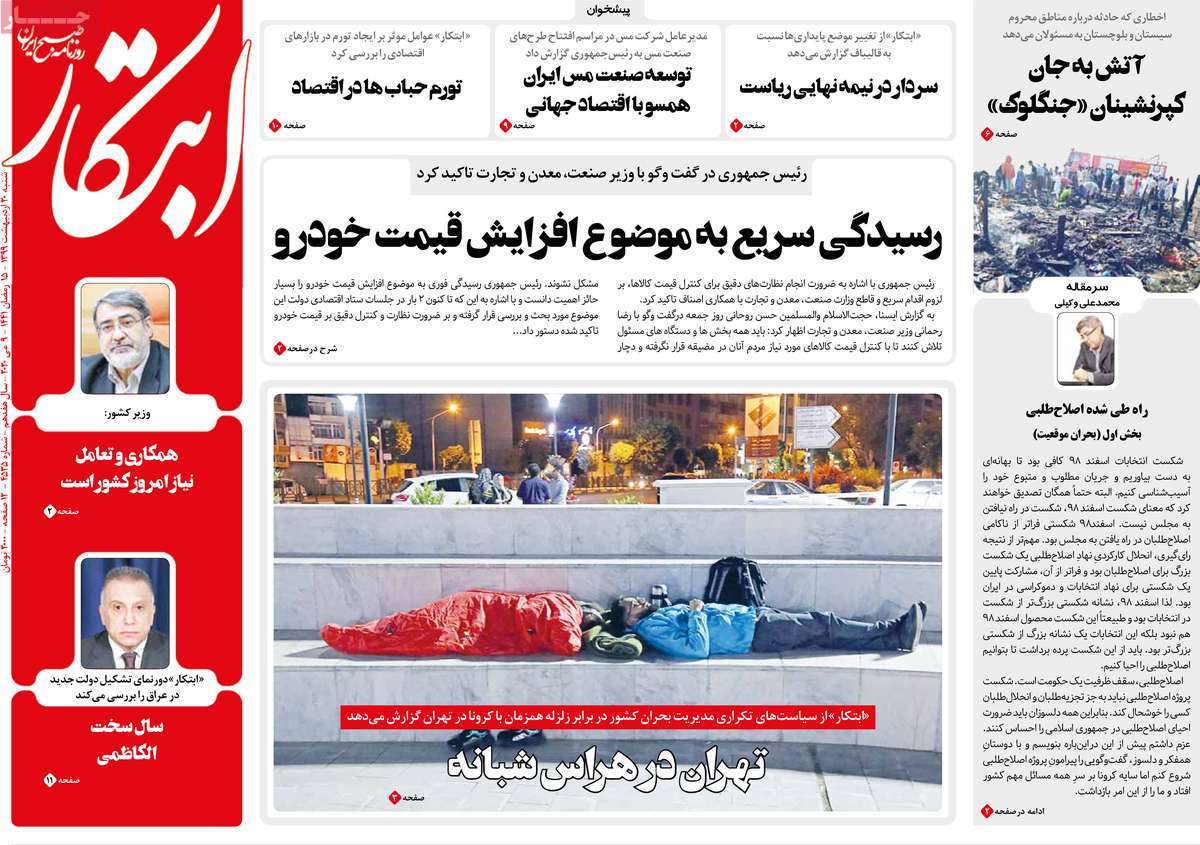 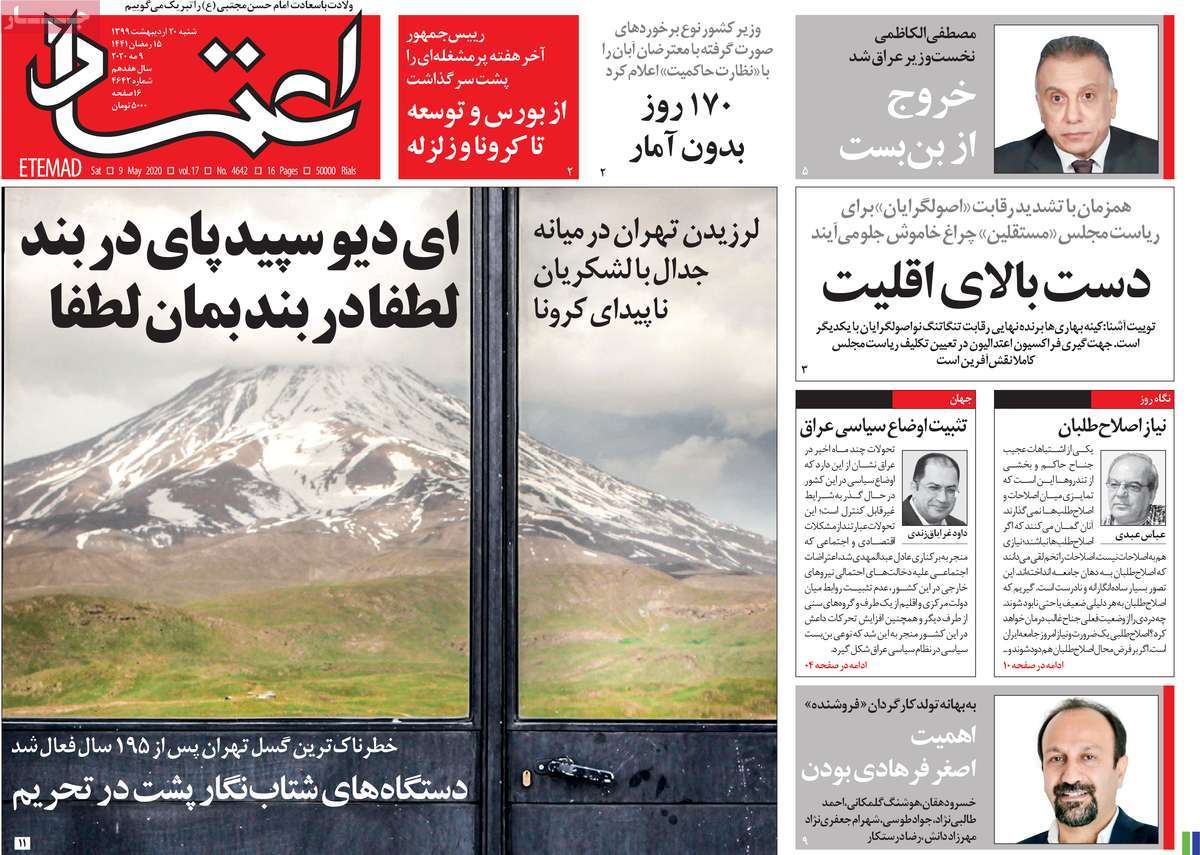 1- US Must End Its Abject Unilateralism: Iran 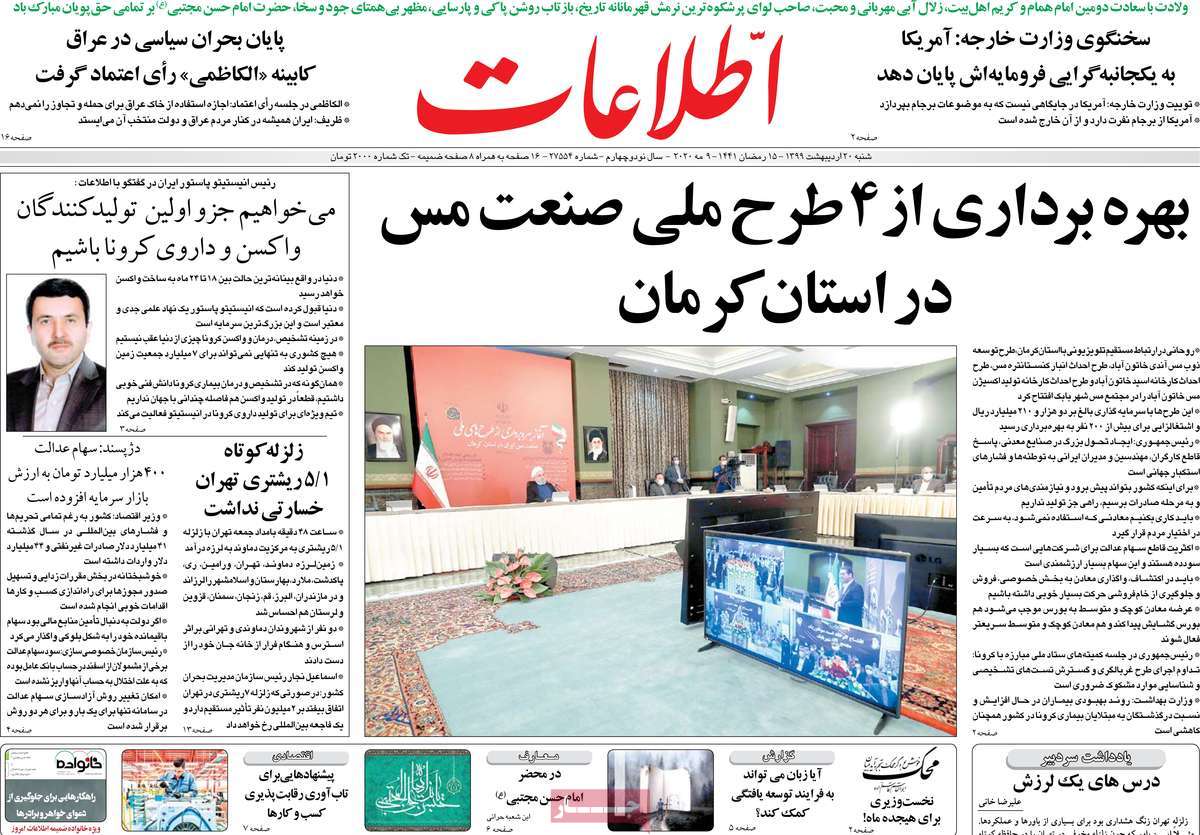 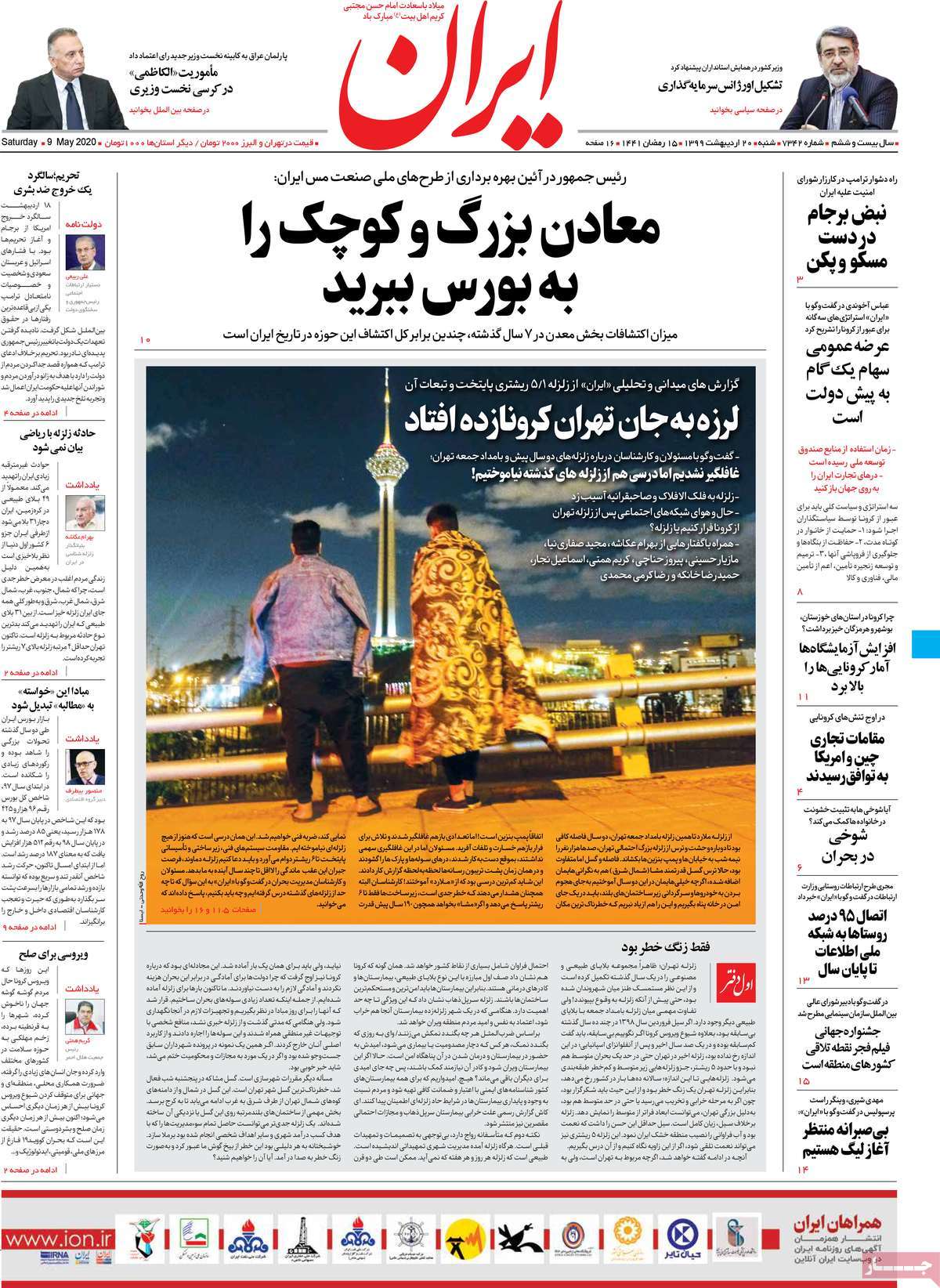 1- UN Chief Calls for Refraining from Attacks on Muslims on Pretext of Corona
2- US, Europe, Arab League Support Al-Kadhimi’s Cabinet
3- US Extends Iraq’s Waivers for Import of Power from Iran for 4 Months 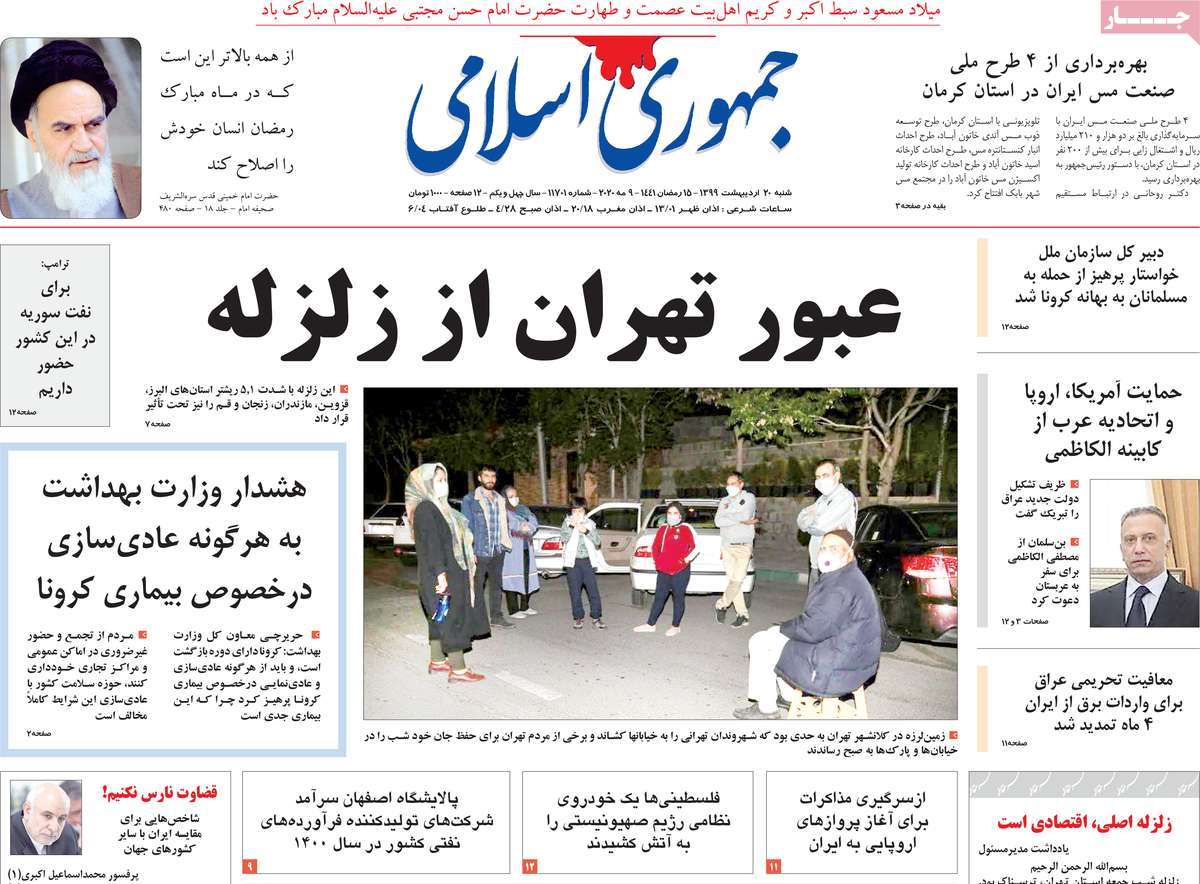 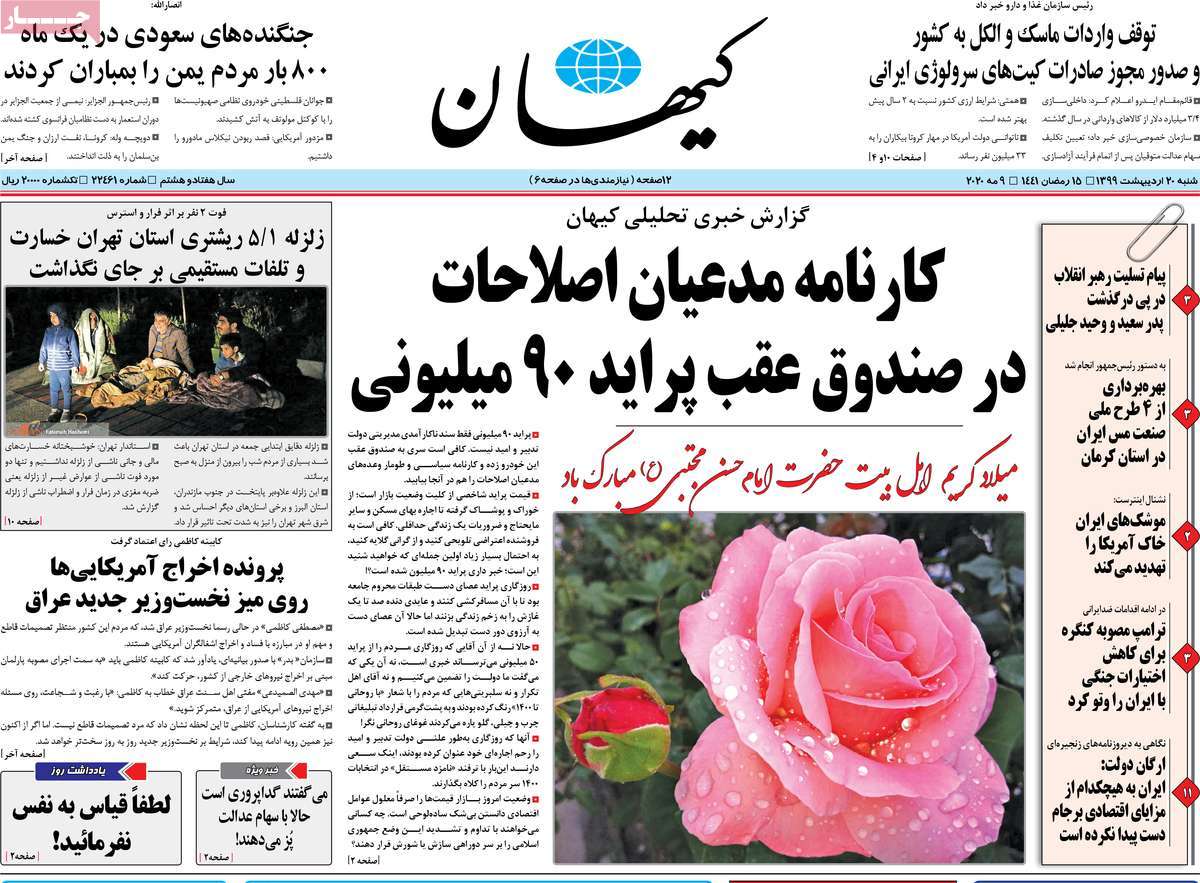 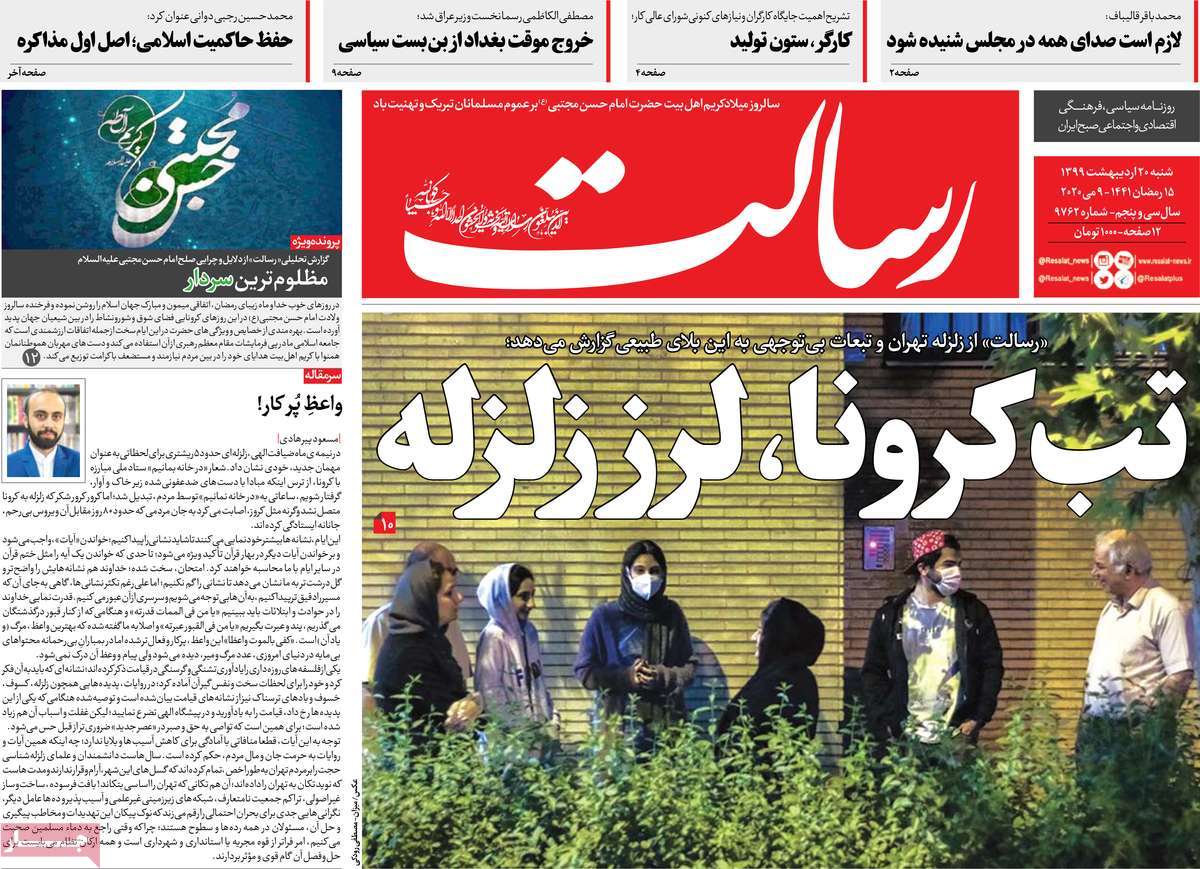 1- End of Political Vacuum in Iraq: Al-Kadhimi and Cabinet Get Vote of Confidence
2- Night of Fear: Tehran Residents Once Again Frightened by Mid-Night Earthquake 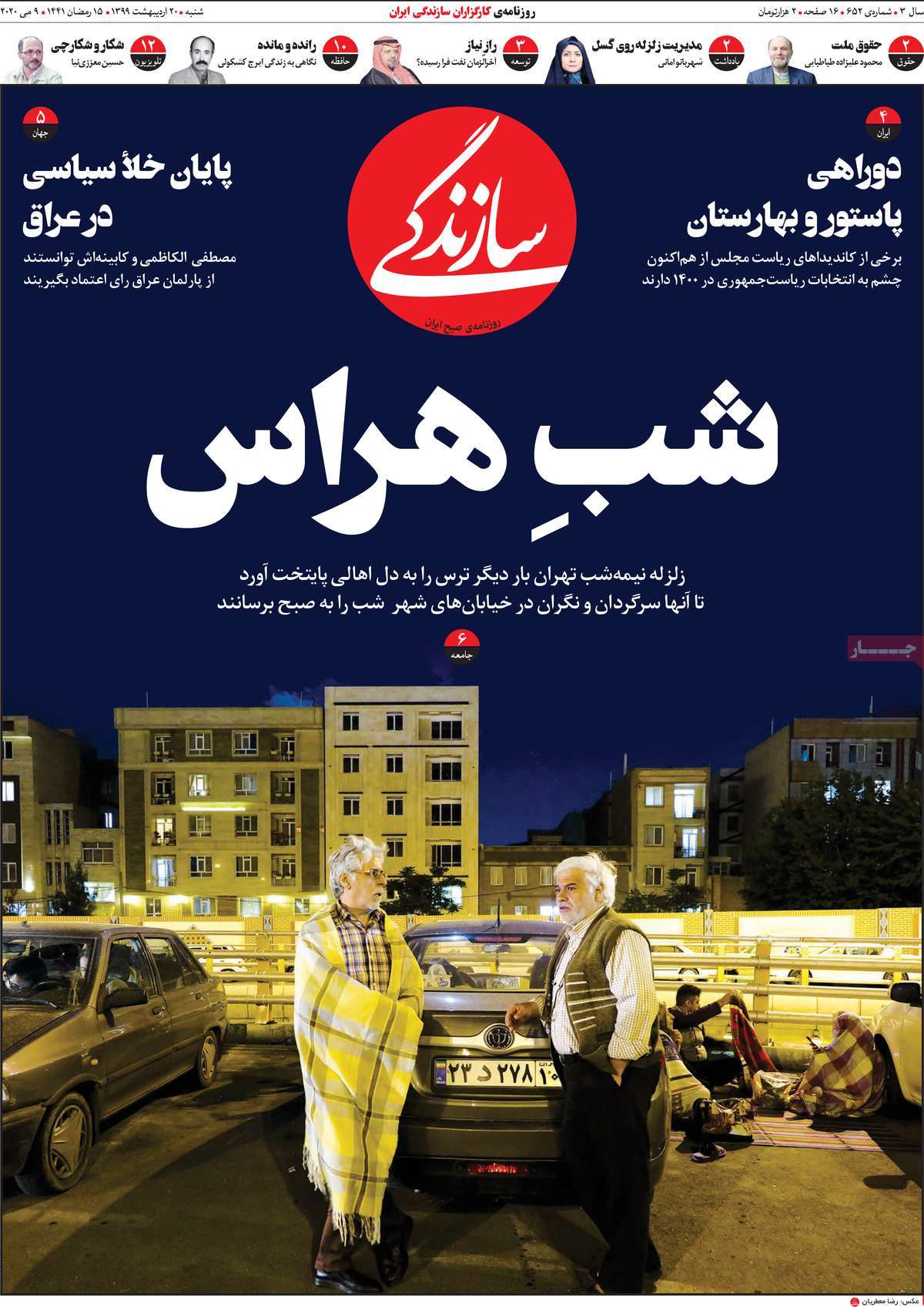 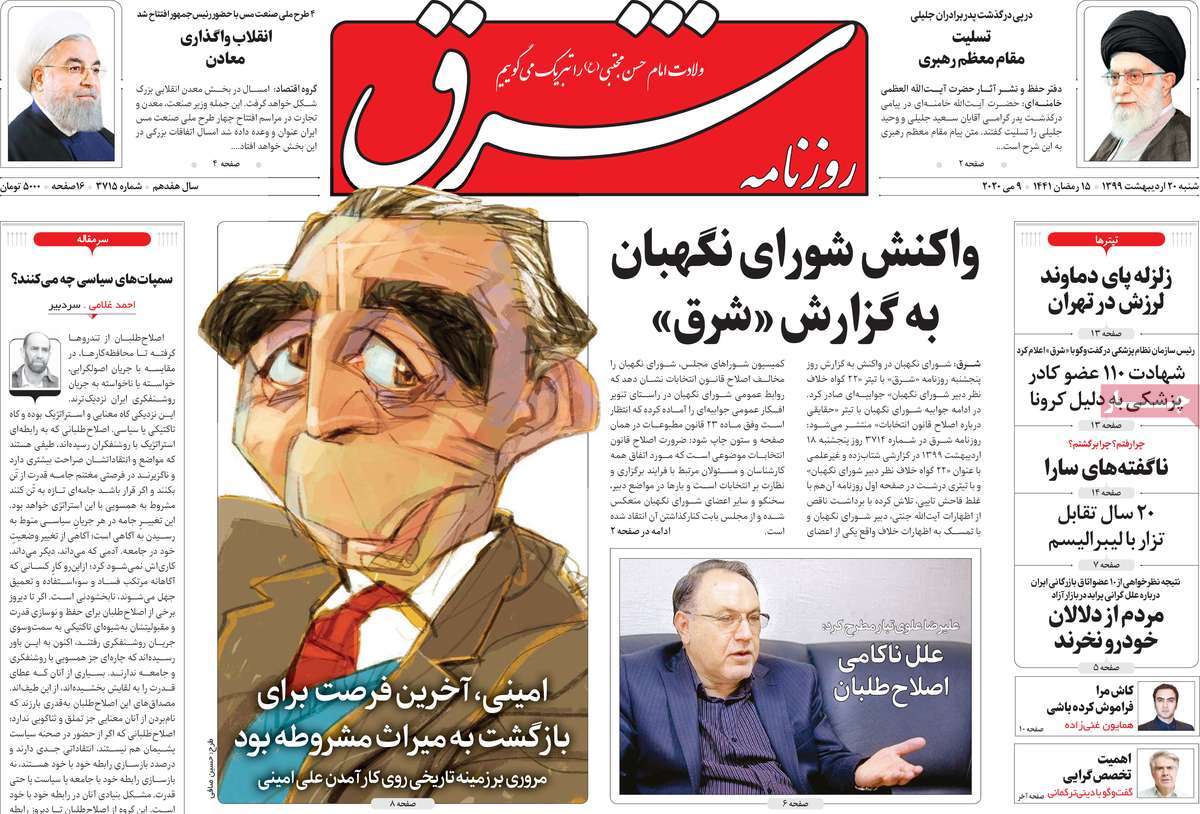 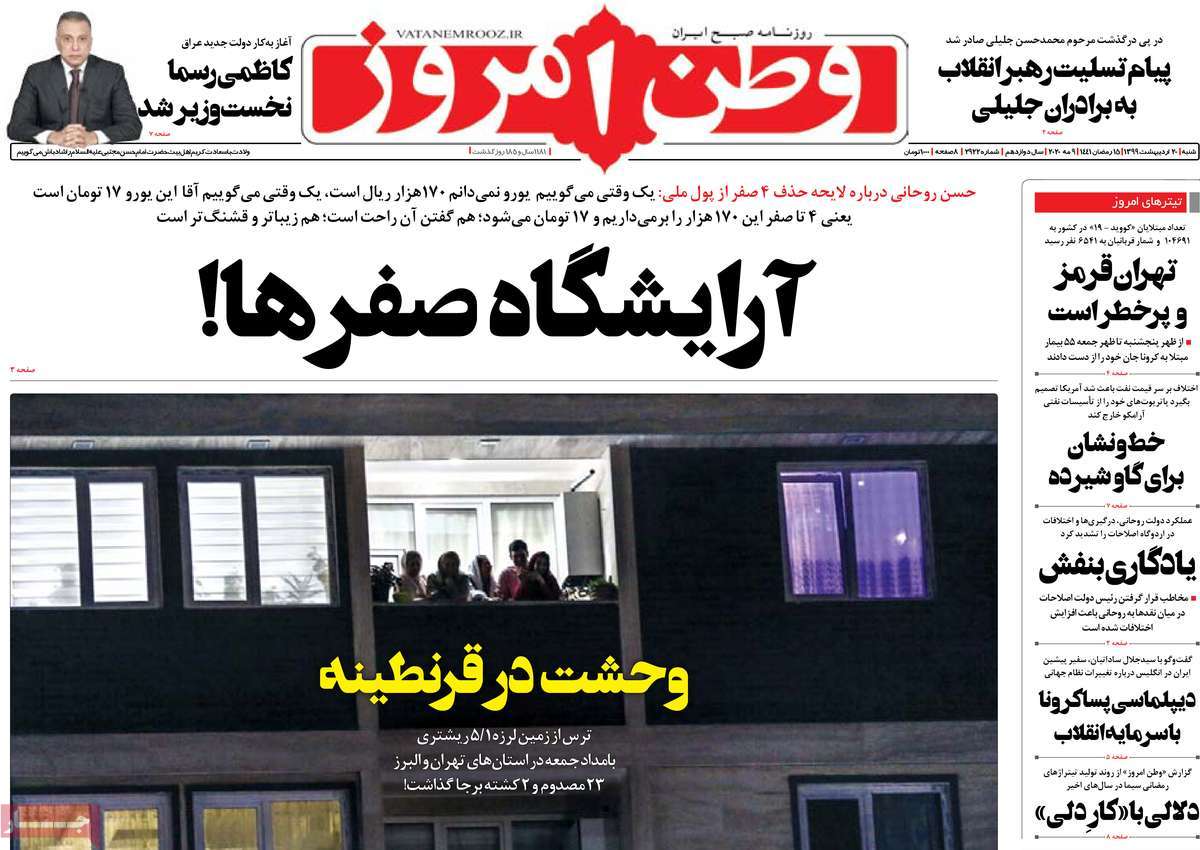