IFP has taken a look at the front pages of Iranian newspapers on Thursday, May 2, 2019, and picked headlines from 10 of them. IFP has simply translated the headlines and does not vouch for their accuracy.

The top story in all papers today was the remarks made by Ayatollah Seyyed Ali Khamenei, the Leader of Iran’s Islamic Revolution, about the need for the country to be on a war footing as the enemy seems to be in battle array as well.

The Tuesday coup in Venezuela, which the government of Nicolas Maduro says was thwarted, remained a top story today.

2- Army Chief: All Forces Must Practice War, Threats Are Serious 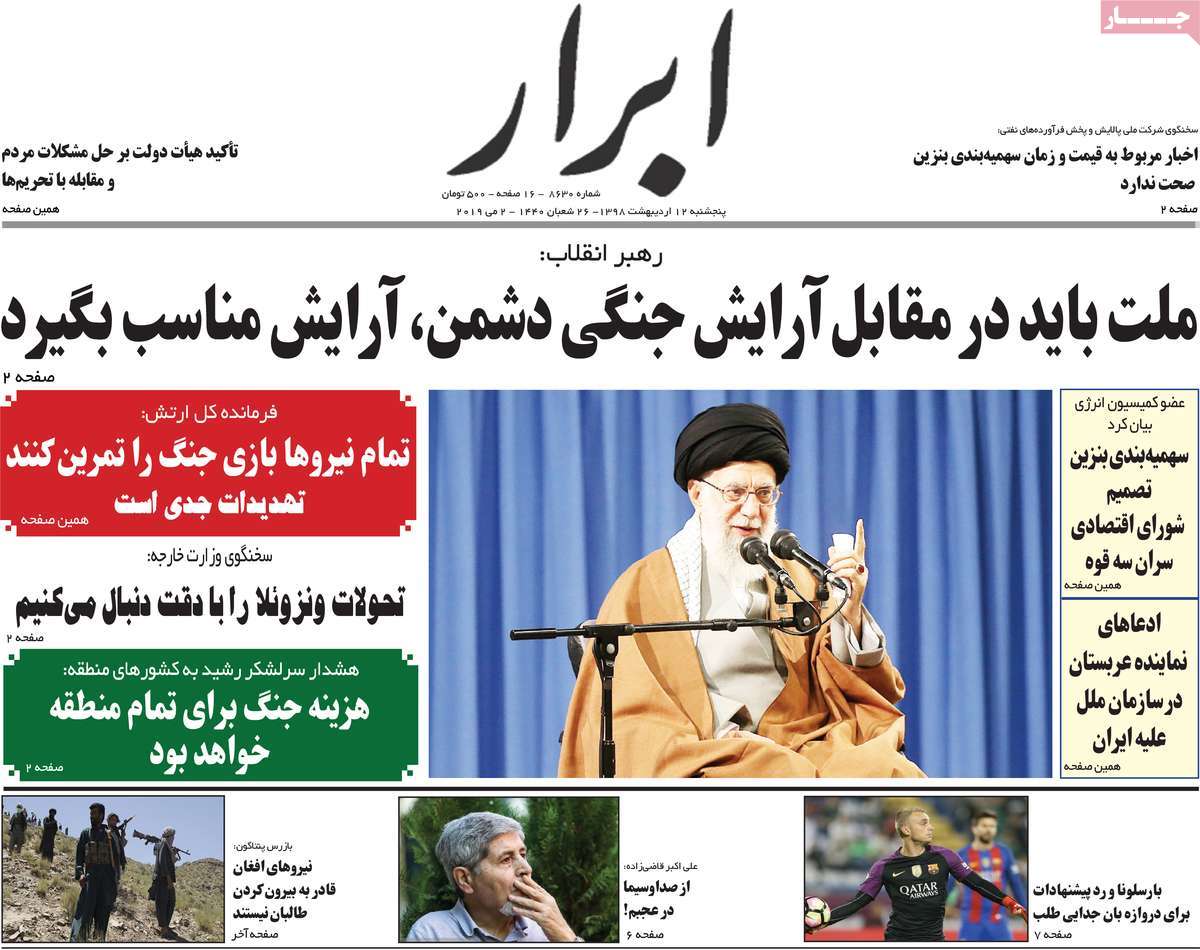 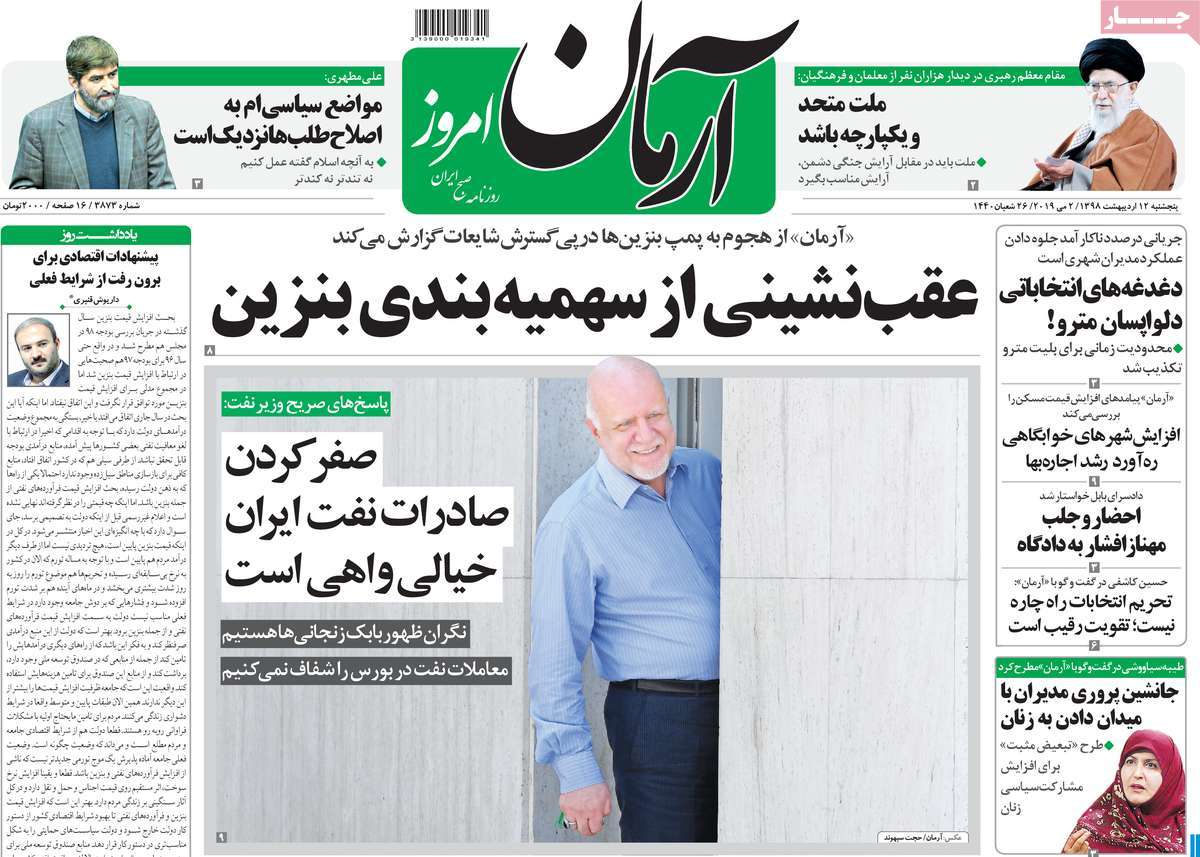 1- Europe Not Doing Enough to Save JCPOA; Political Support Not Sufficient 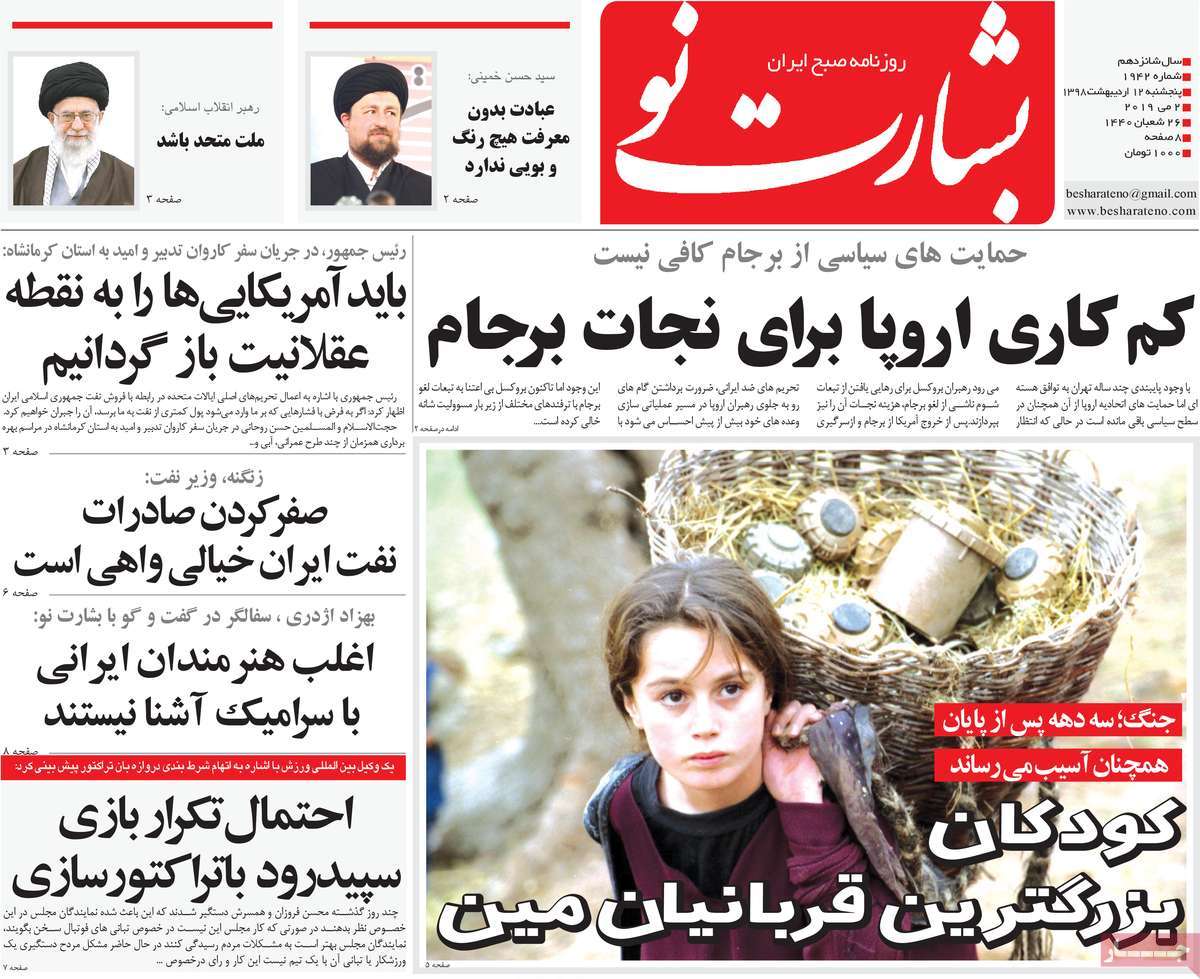 2- Bolivarians in Decisive Dilemma: A Review of Latest Developments in Venezuela 2- Nation Must Be on War Footing: Leader

3- The Flames Fanned by Americans: Coup against Maduro Failed 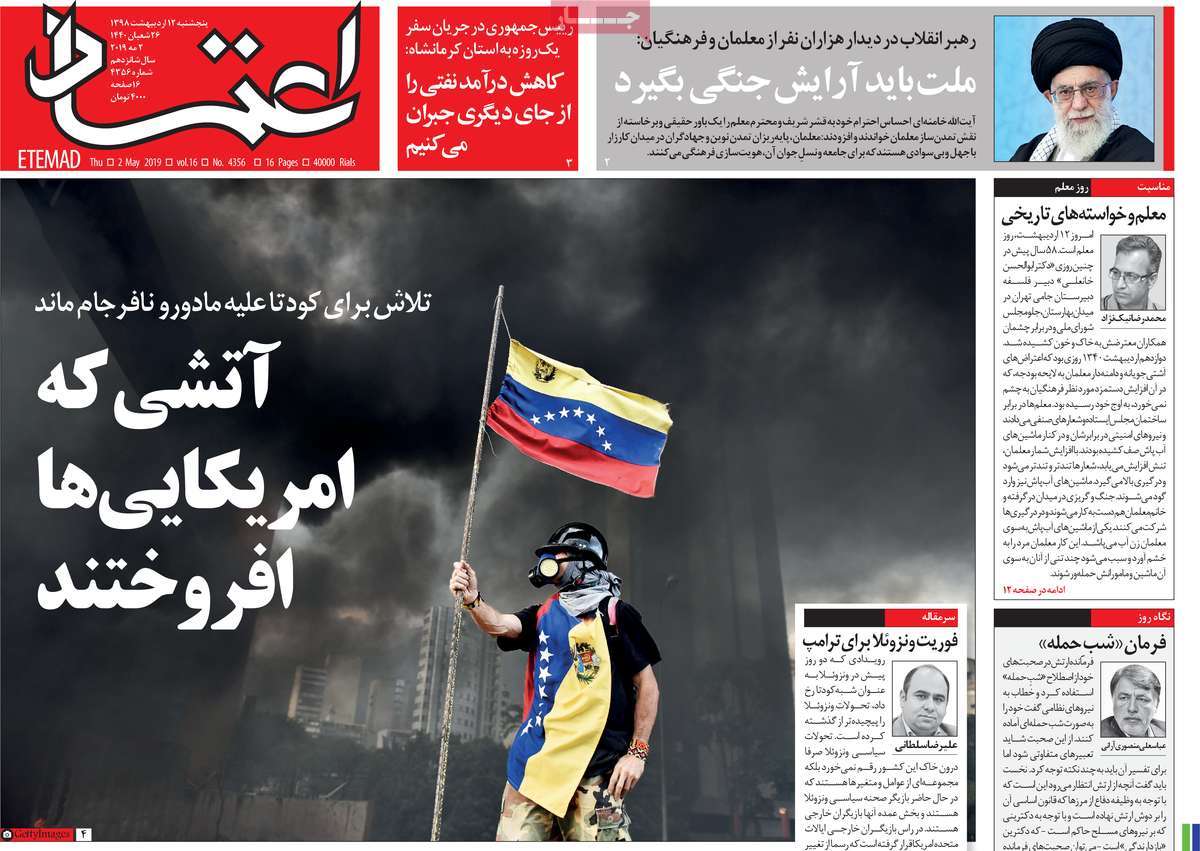 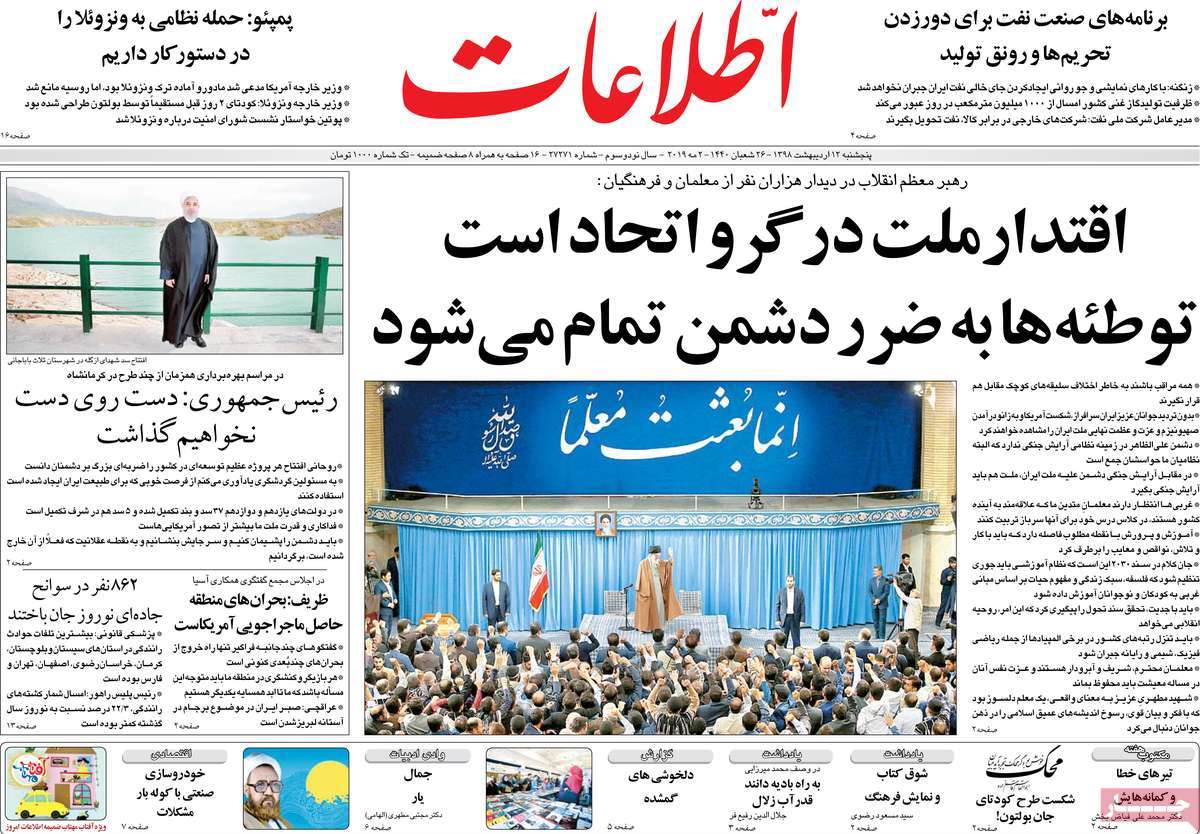 2- Zarif: One Power’s Imposition of Its Will on Others Threat for Everyone 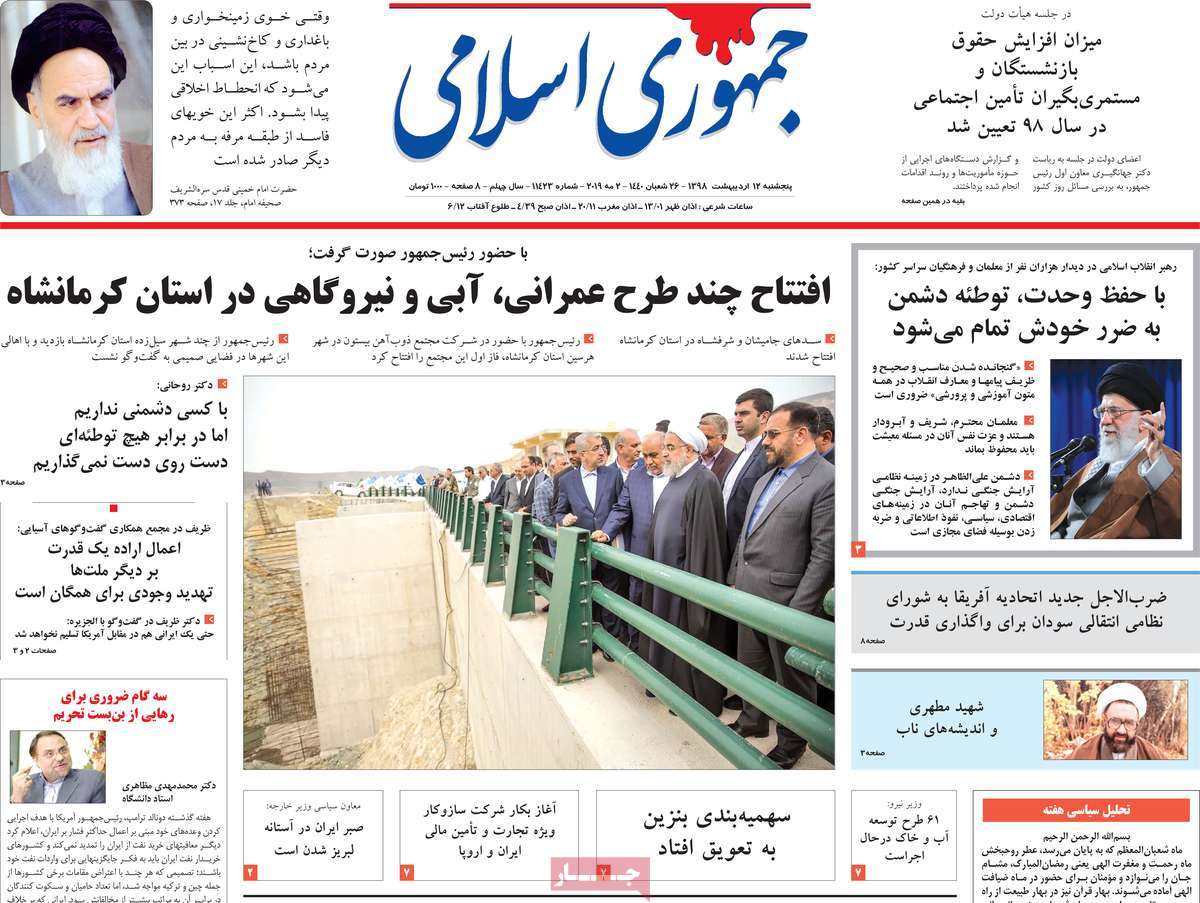 1- Education 2030 Agenda Means We Train Soldiers for US, UK: Leader

3- Rouhani: We’ll Sell Our Oil; Americans Not as Powerful as Their Words Imply 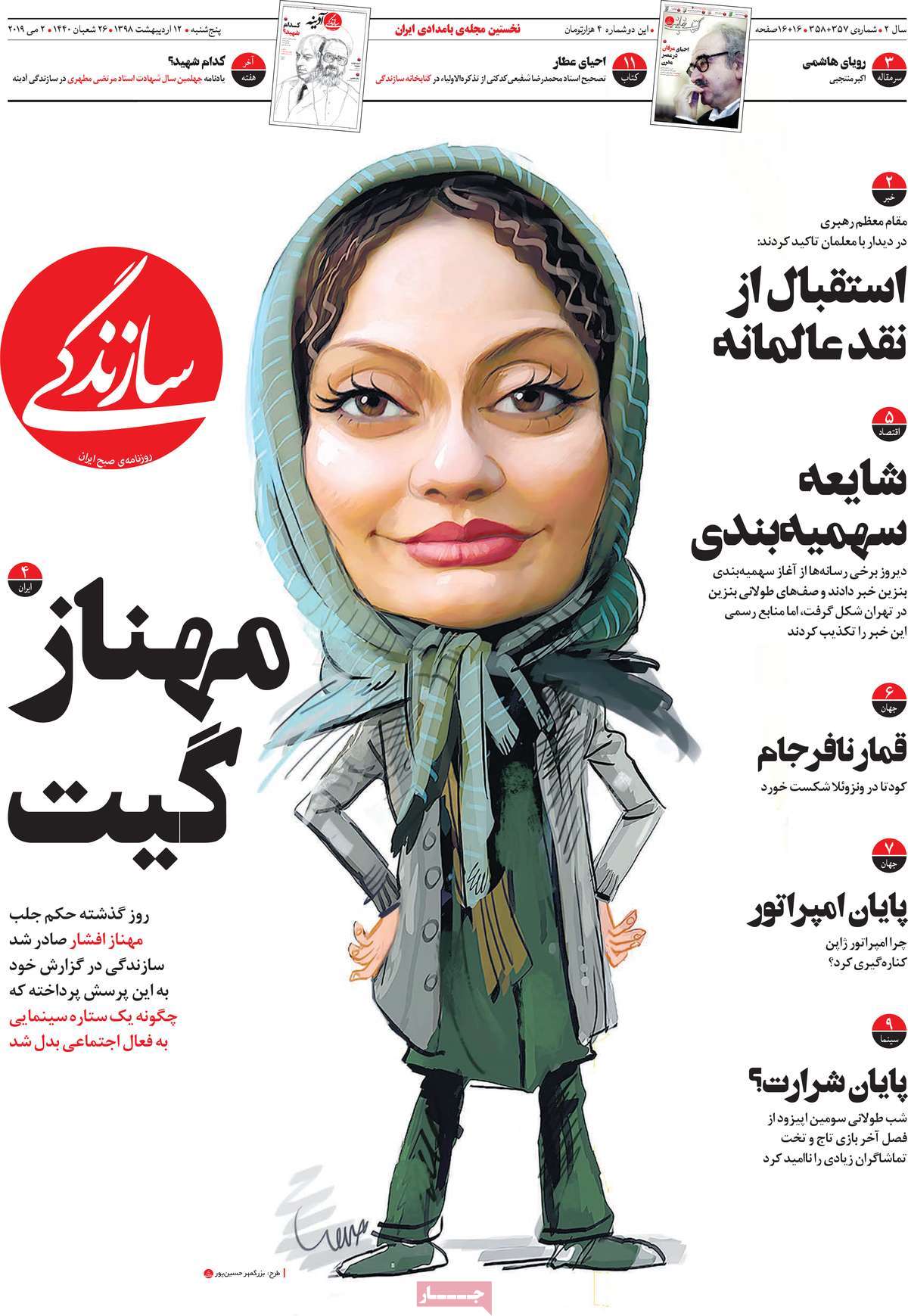 2- Rouhani: We Should Return Americans to Point of Rationality 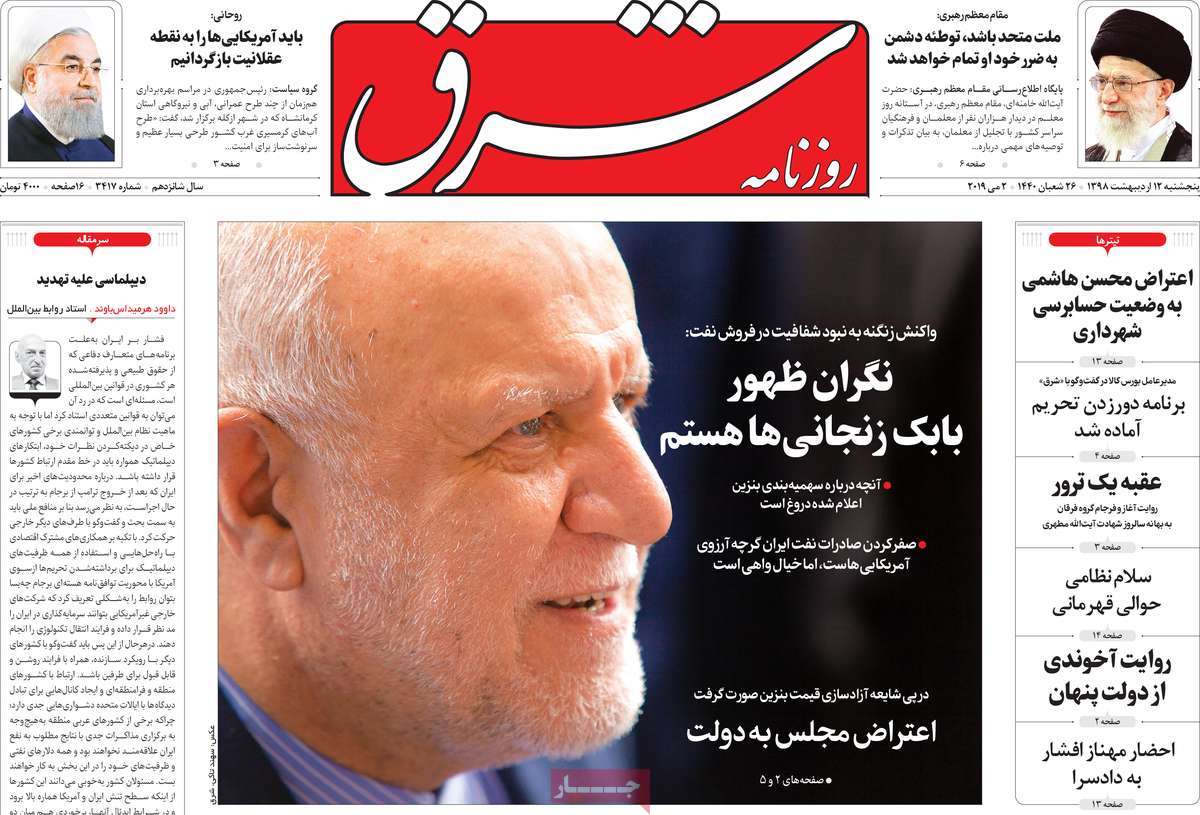