IFP has taken a look at the front pages of Iranian newspapers on Wednesday, May 1, 2019, and picked headlines from 12 of them. IFP has simply translated the headlines and does not vouch for their accuracy.

The top story in all papers today was the remarks made by President Hassan Rouhani about Iran’s continued oil exports despite the US’ sanctions.

Several papers also covered the Tuesday coup in Venezuela, which the government of Nicolas Maduro says has been thwarted. 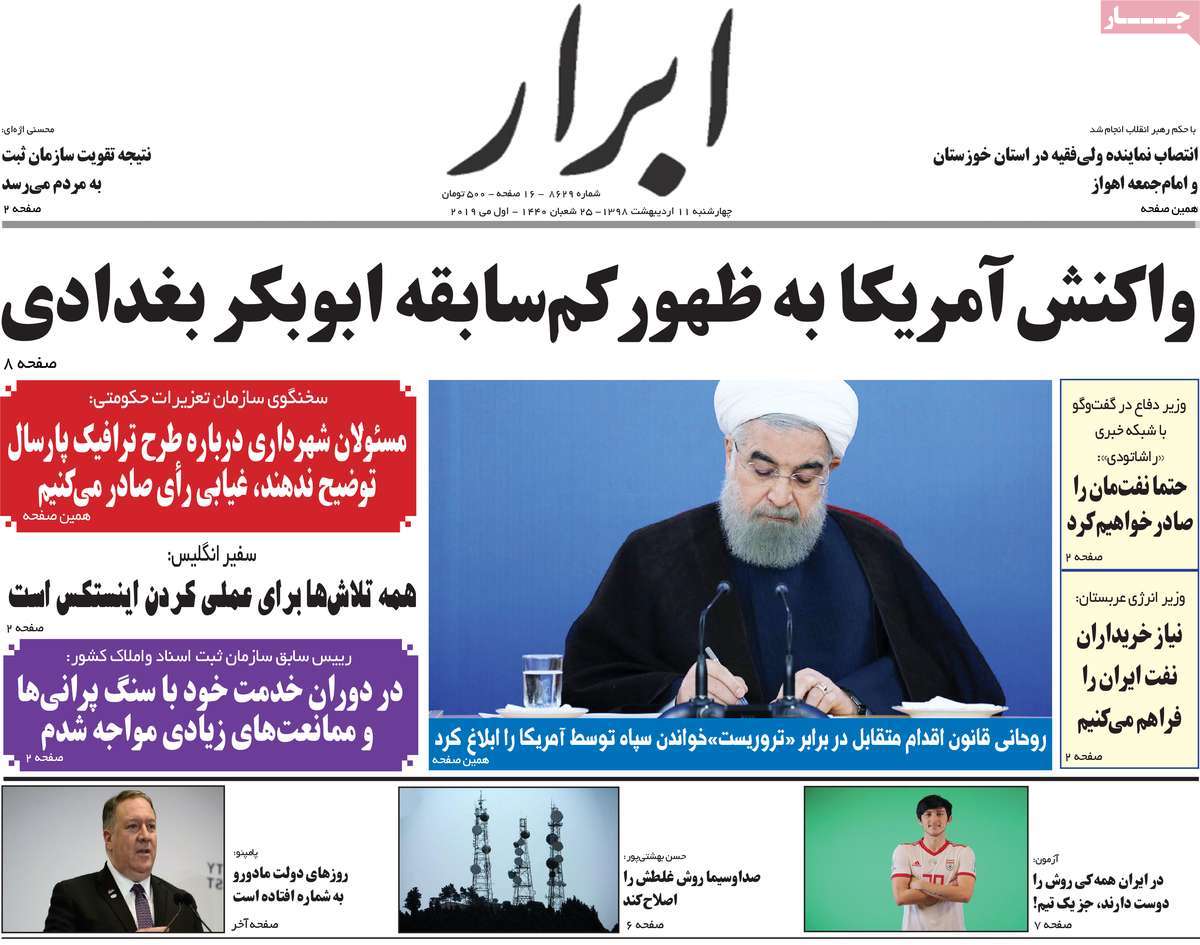 1- Iran First VP: We Can Overcome Current Difficult Situation If We Stand Together

3- Rouhani: US to Realize in a Few Months Iran Still Exporting Its Oil 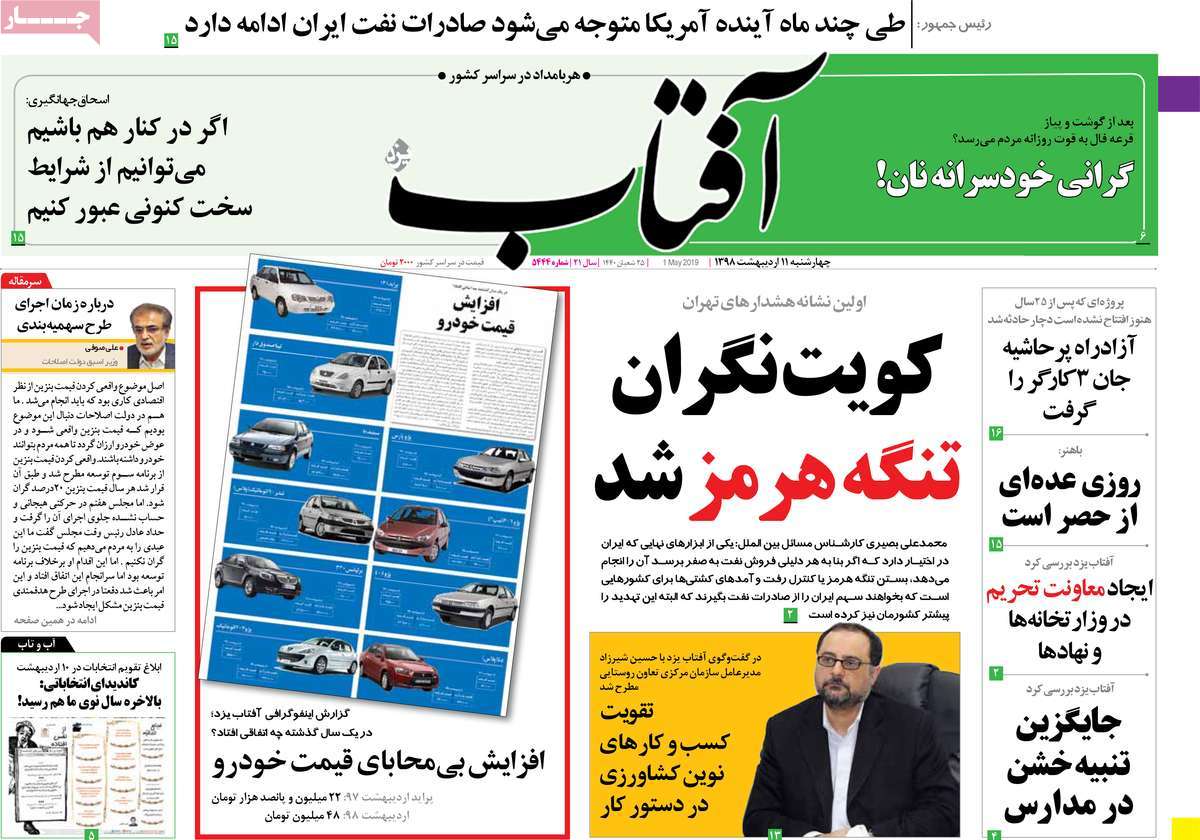 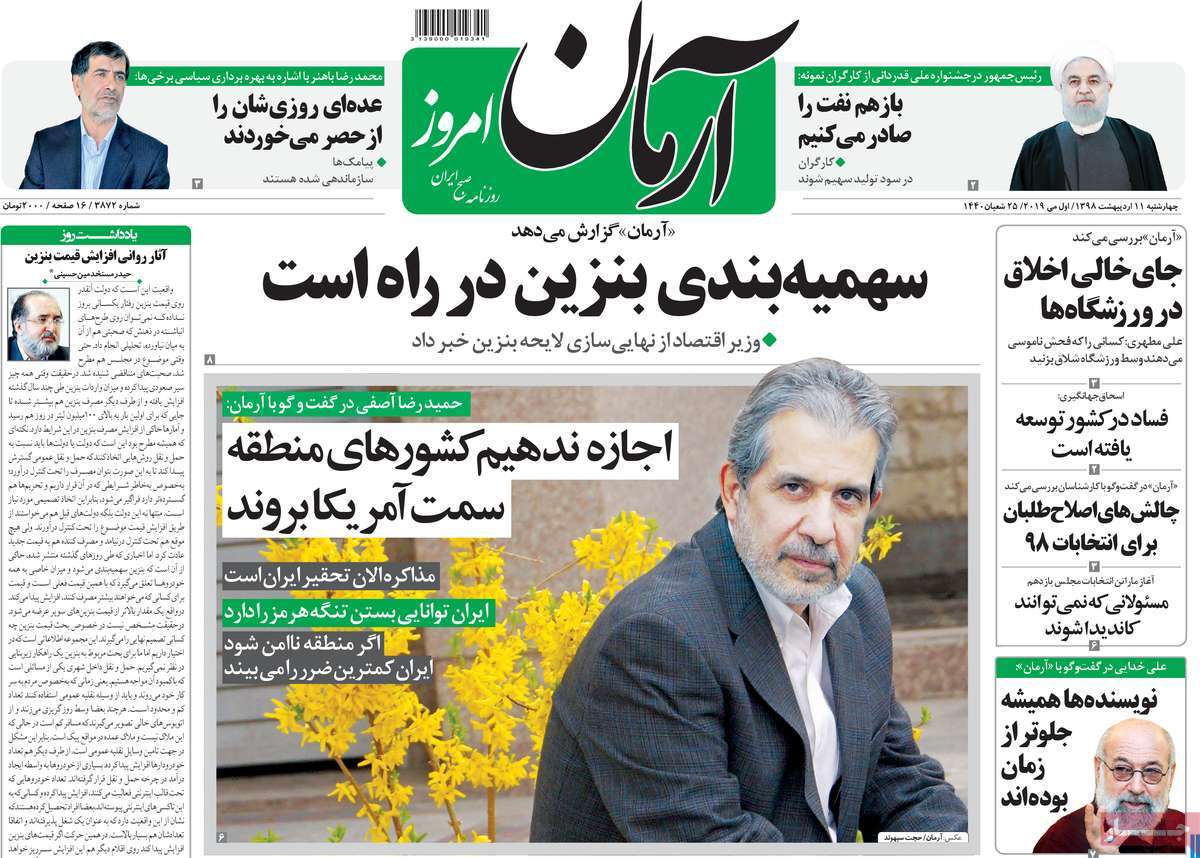 1- Rouhani: Labourers Must Be Hopeful about Future 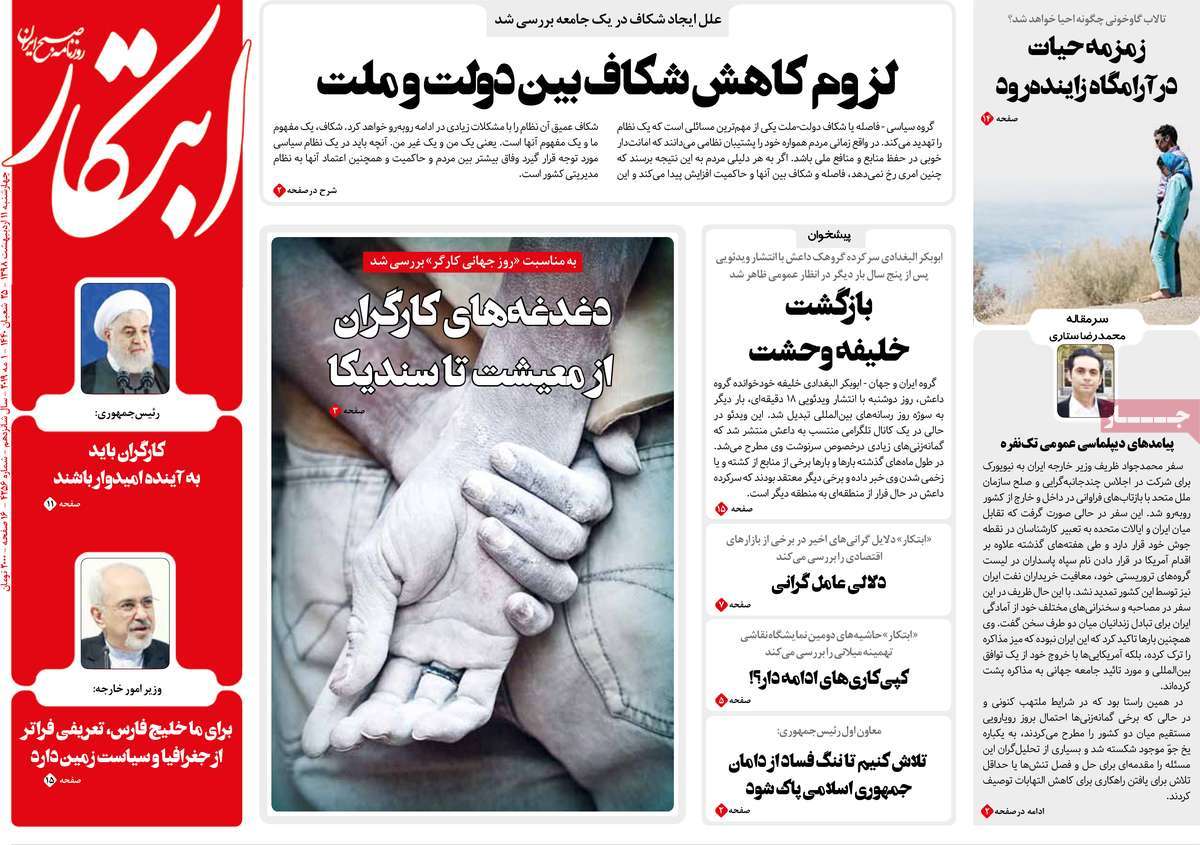 2- Trump on Verge of Dealing Last Blow to JCPOA

3- Rouhani Says Workers at Forefront of Fight against US Sanctions 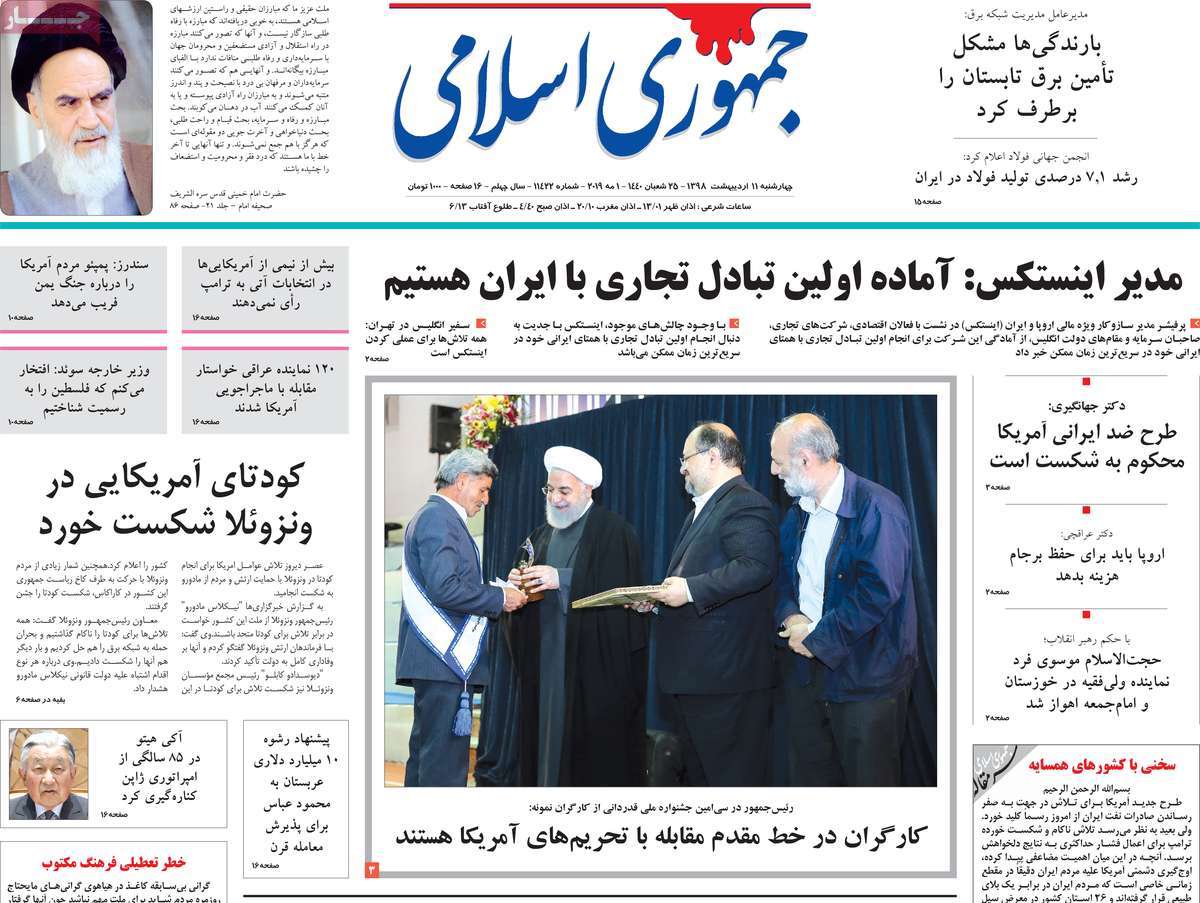 1- Armed Riot of Putschists in Venezuela under US Command

2- Rouhani: Iran to Sell Its Oil through Six Channels 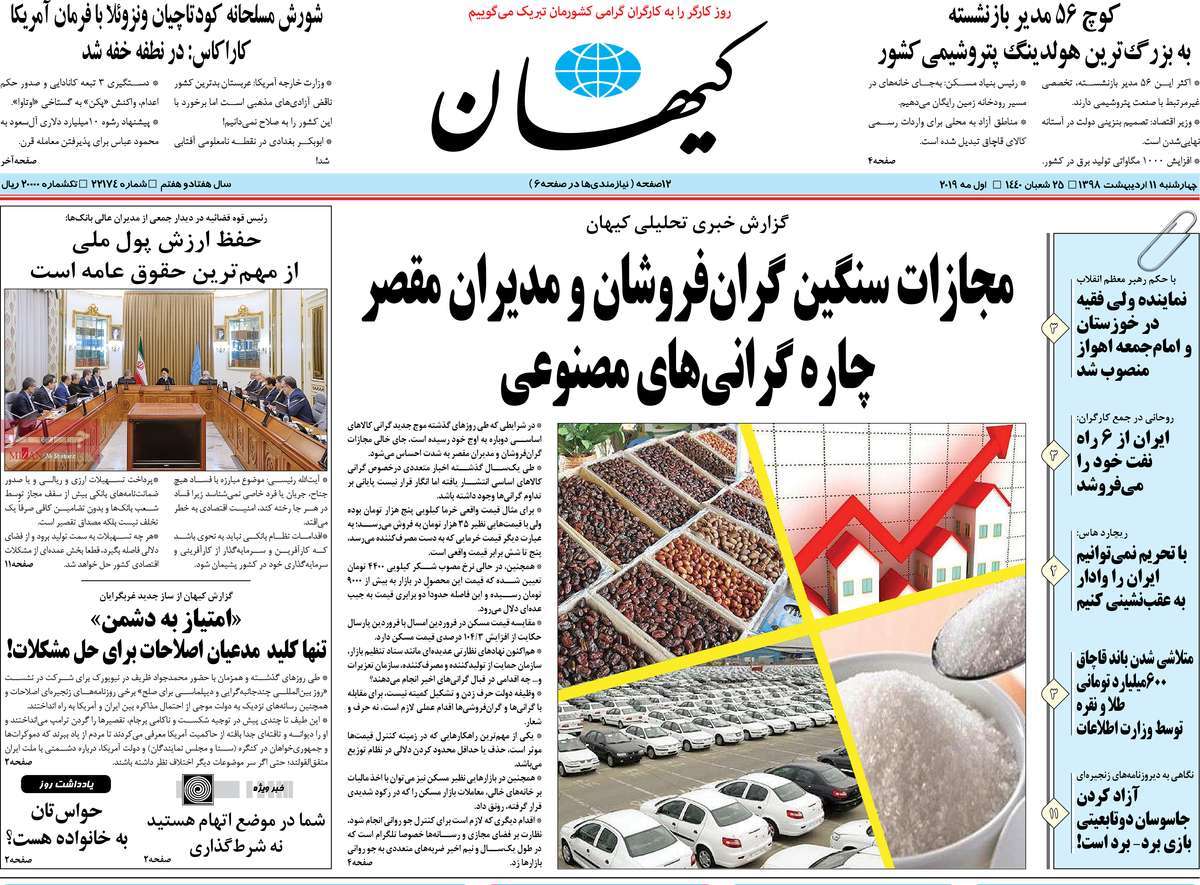 1- Rouhani Signs Off on Designation of CENTCOM as Terror Group

2- Return of Al-Baghdadi in the Form of Bin Laden: ISIS Leader Out of Hideout

3- Araqchi to Norway: Europe Must Pay for Saving JCPOA 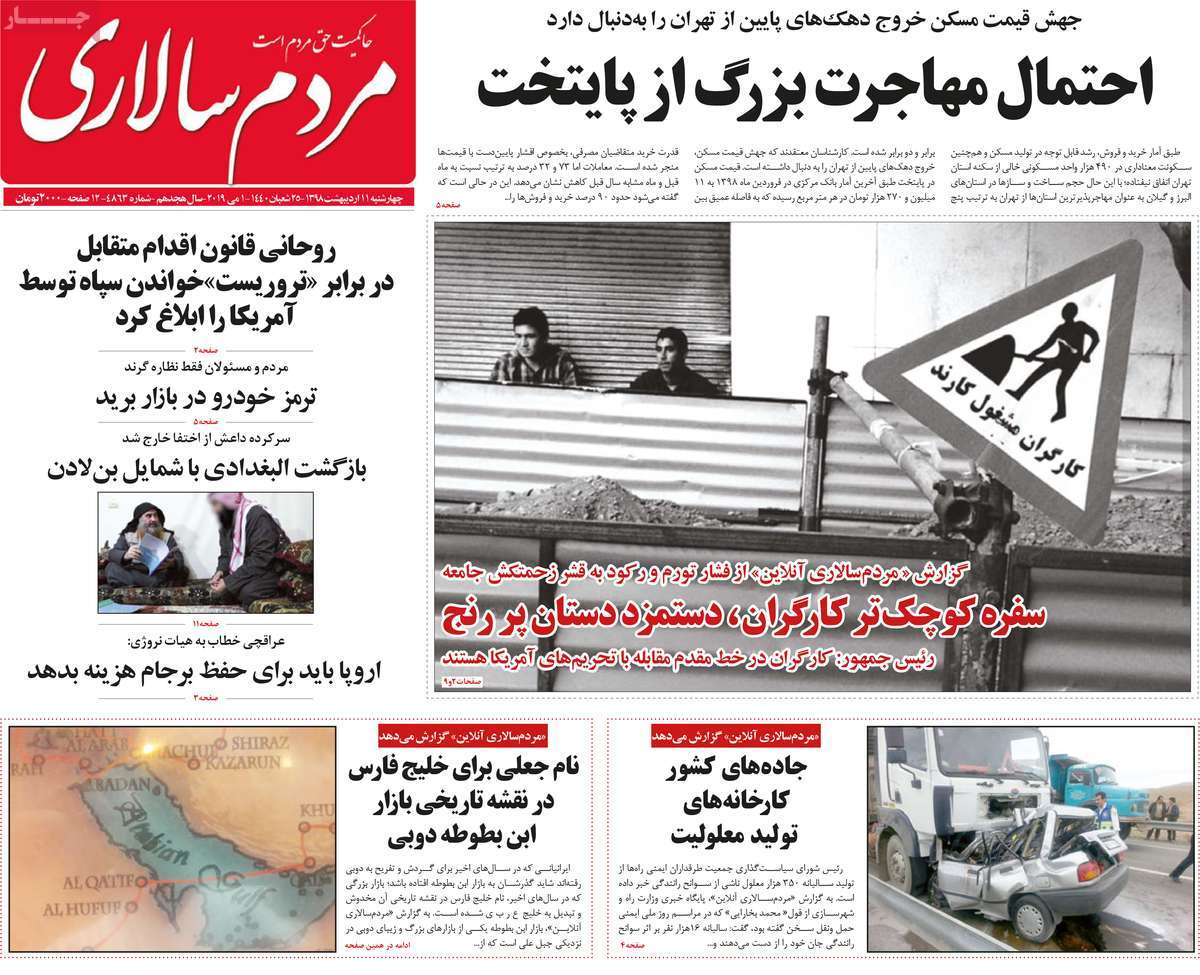 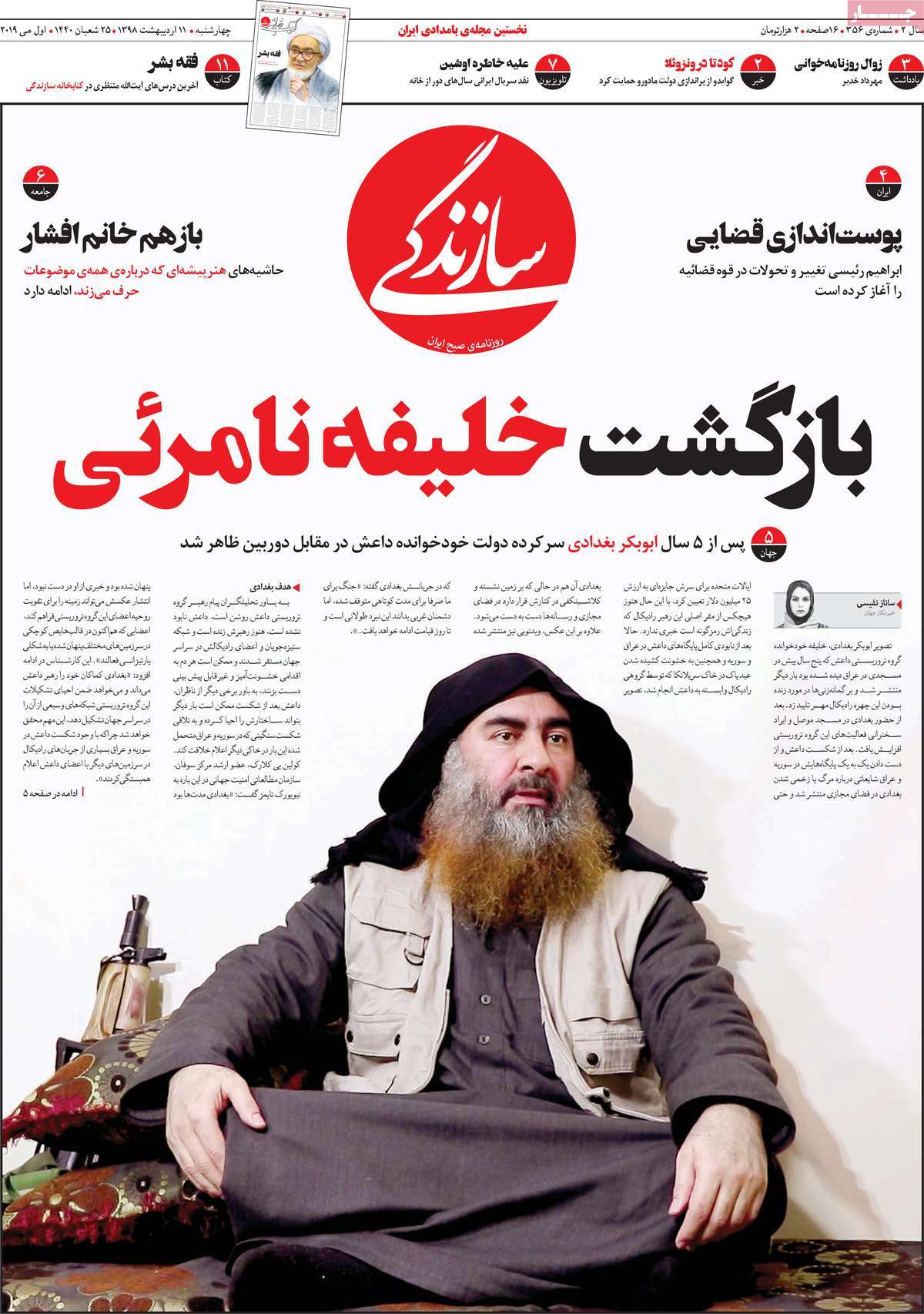 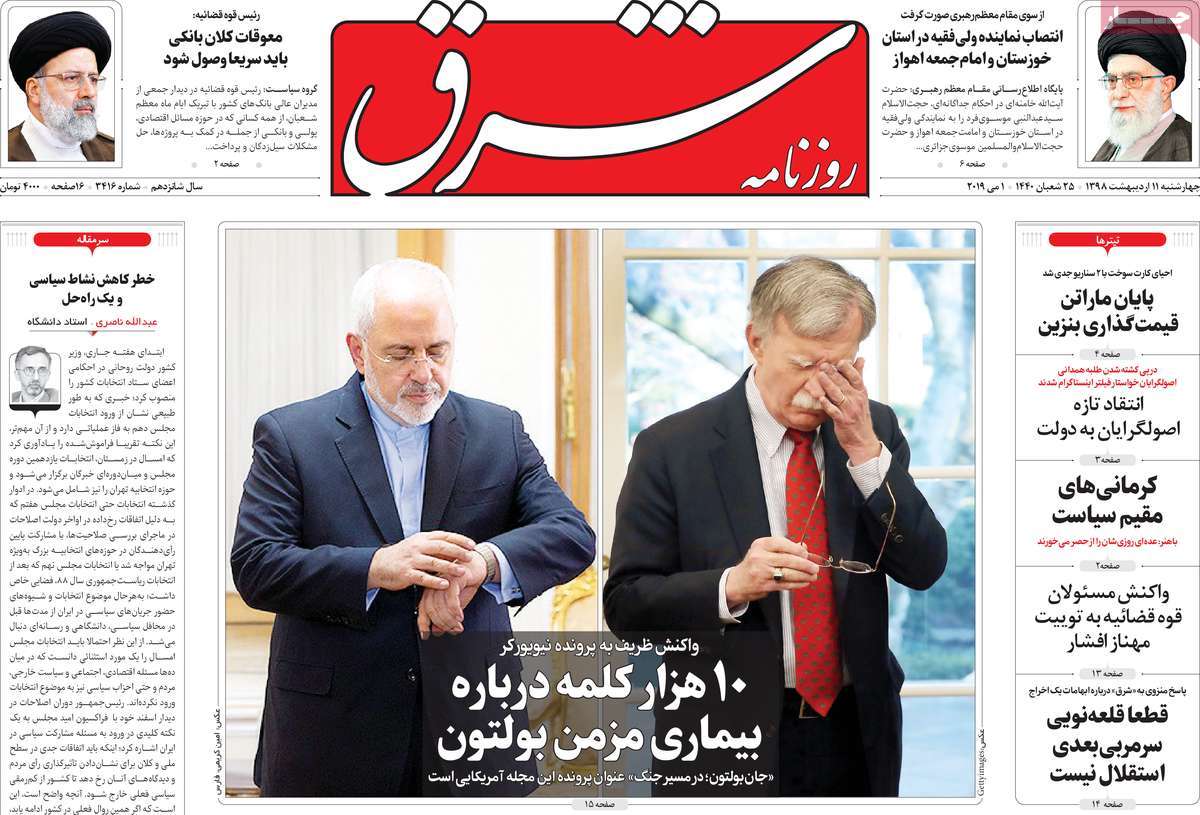 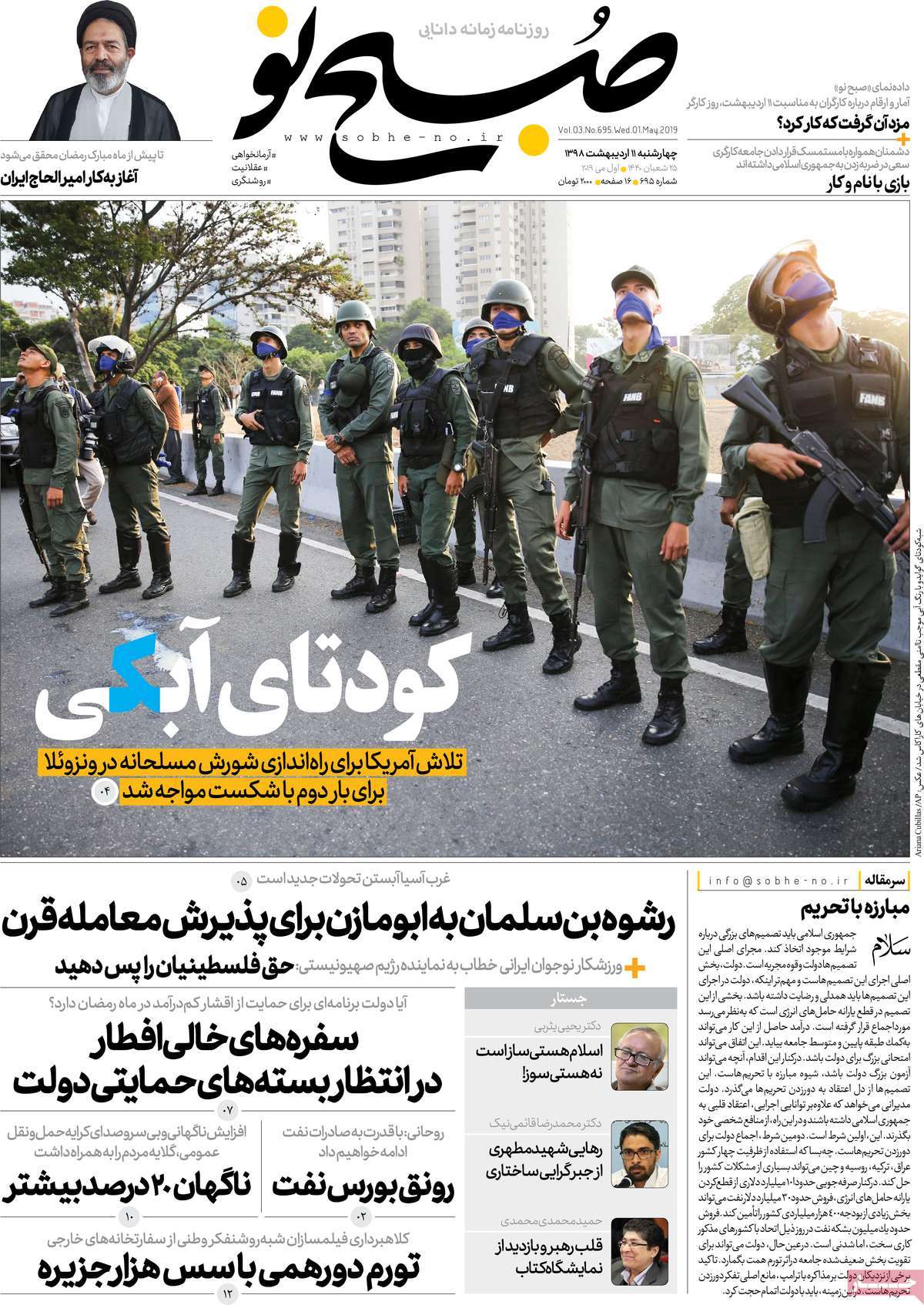