IFP has taken a look at the front pages of Iranian newspapers on Sunday, June 21, 2020, and picked headlines from 12 of them. IFP has simply translated the headlines and does not vouch for their accuracy. 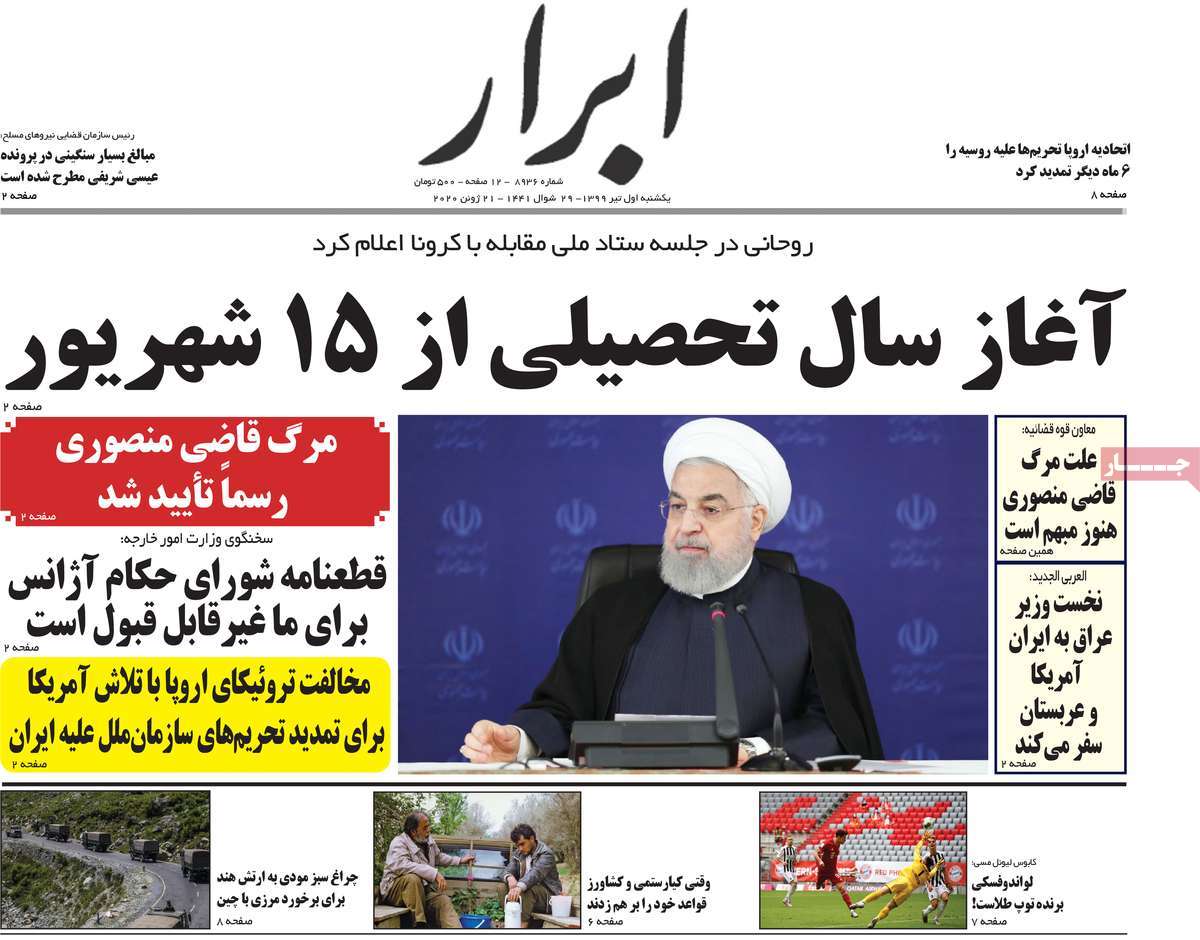 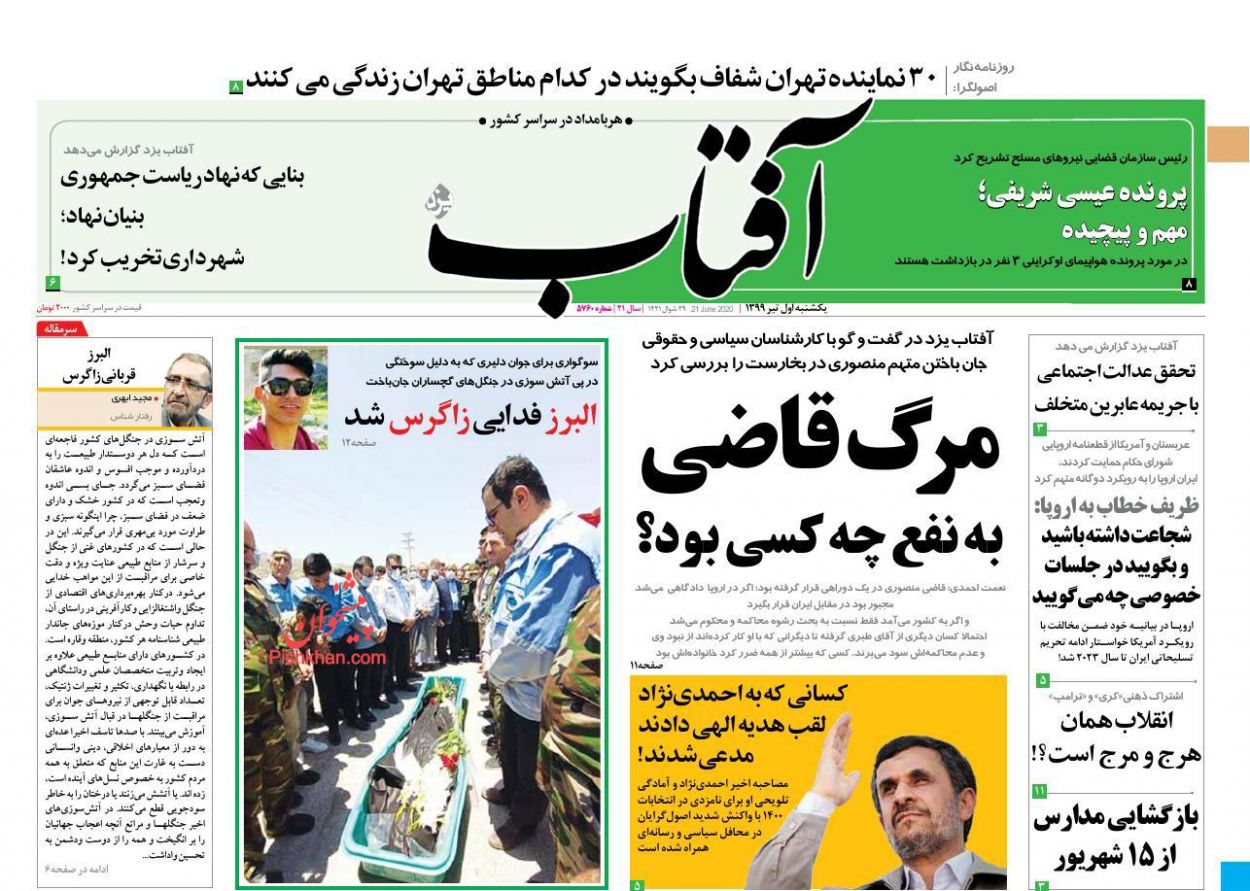 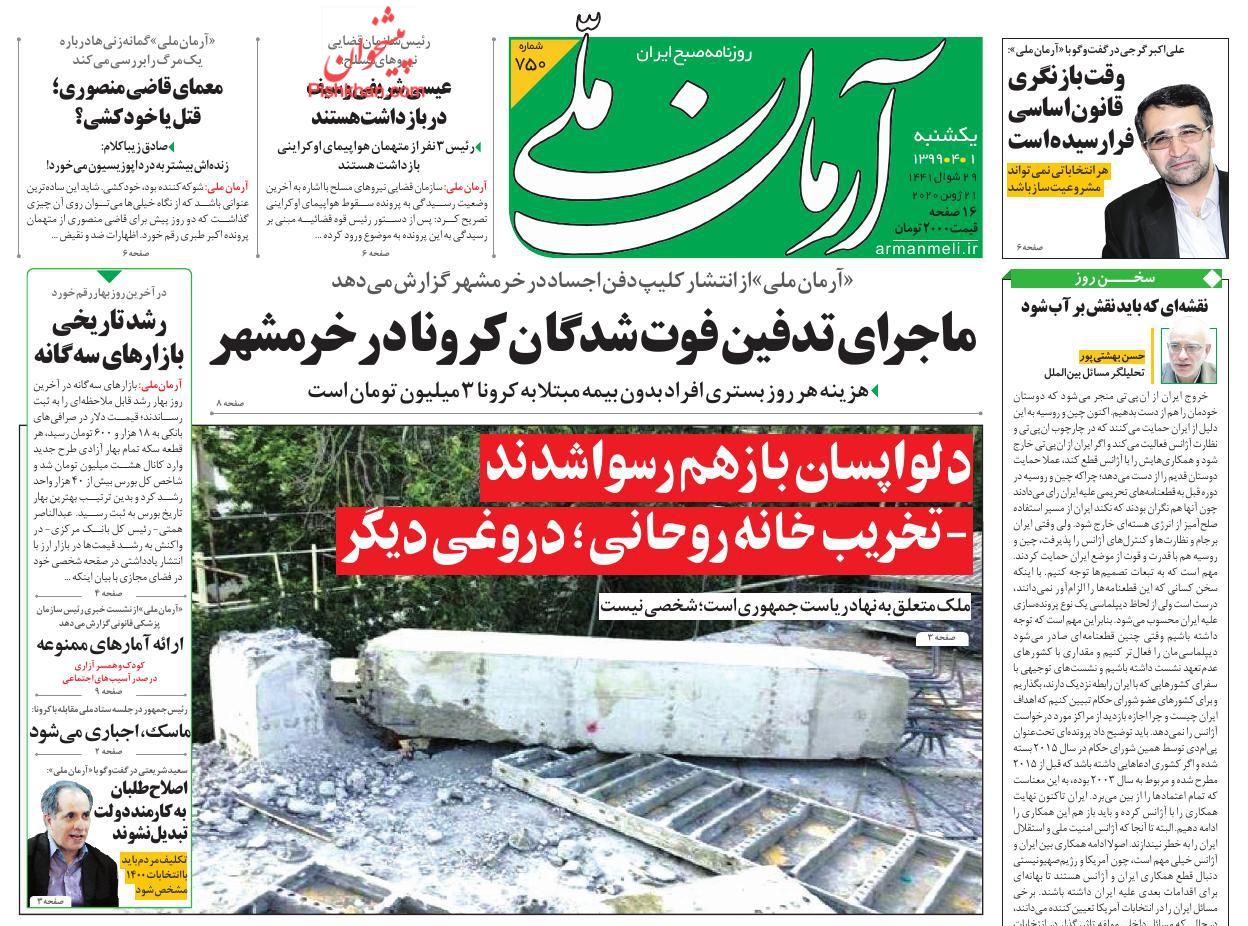 1- Psychological Aftershocks of Political Resolution for Iran Economy
2- Rouhani: Iran Preparing Plan for Obligatory Use of Mask in Public Places
3- Kerry Warns about Unpredictable Situation in Case of Trump’s Re-election 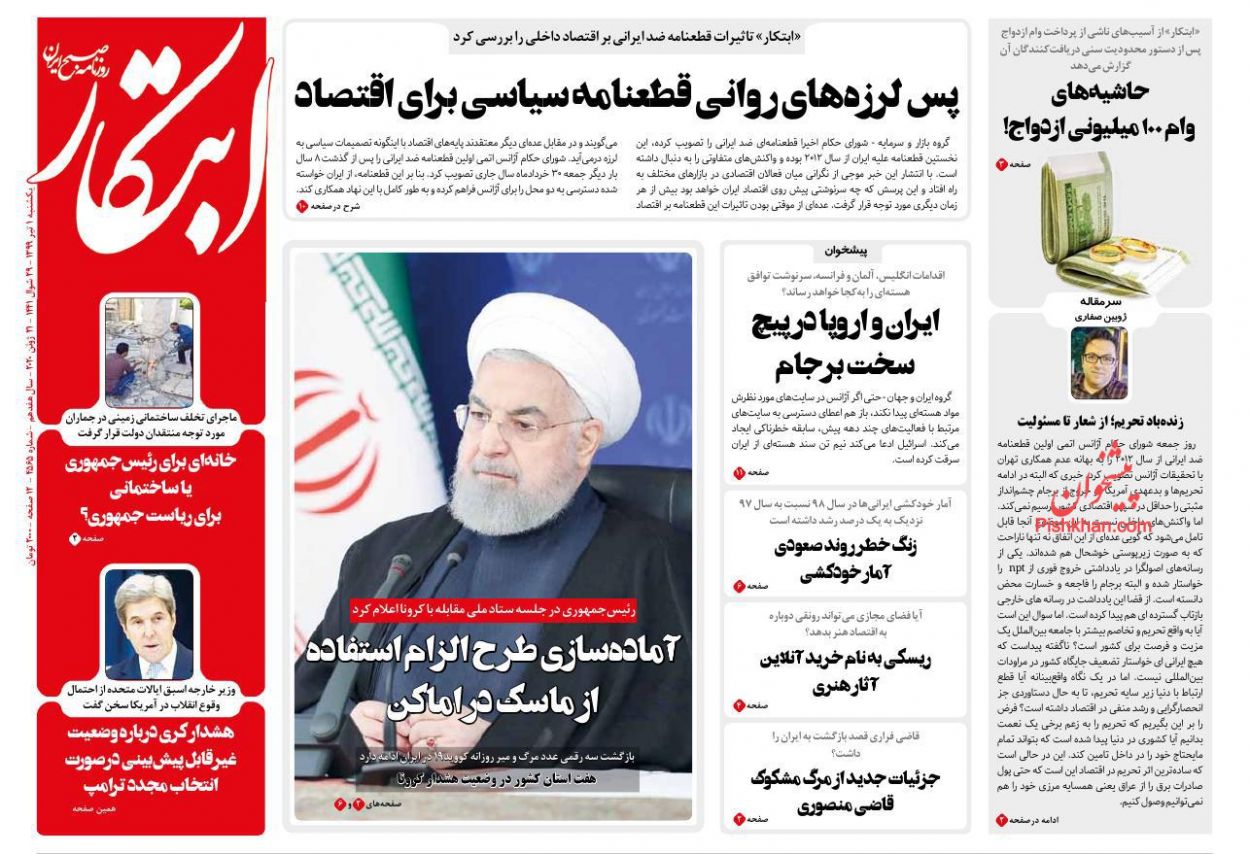 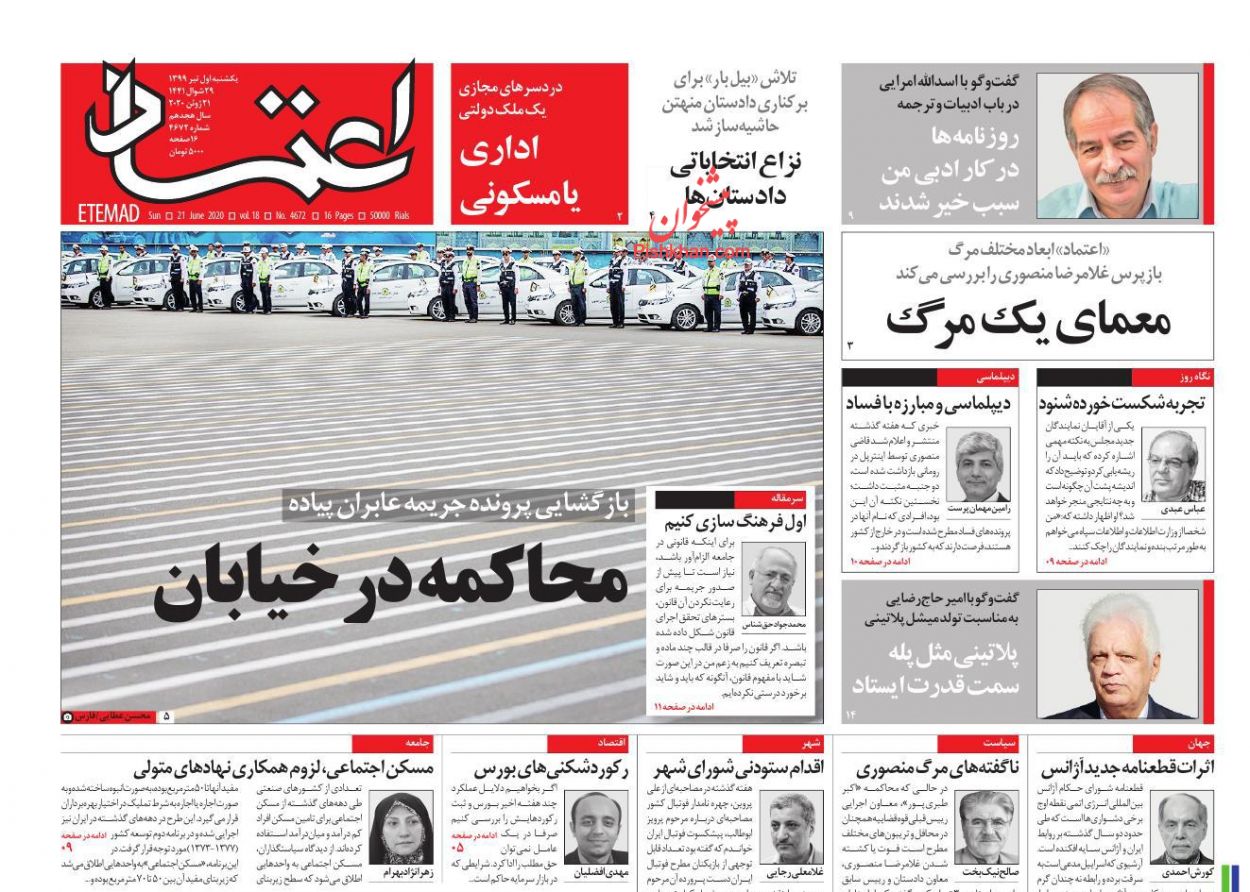 1- Zarif: E3 Absolutely Incapable of Standing Up to US Bullying 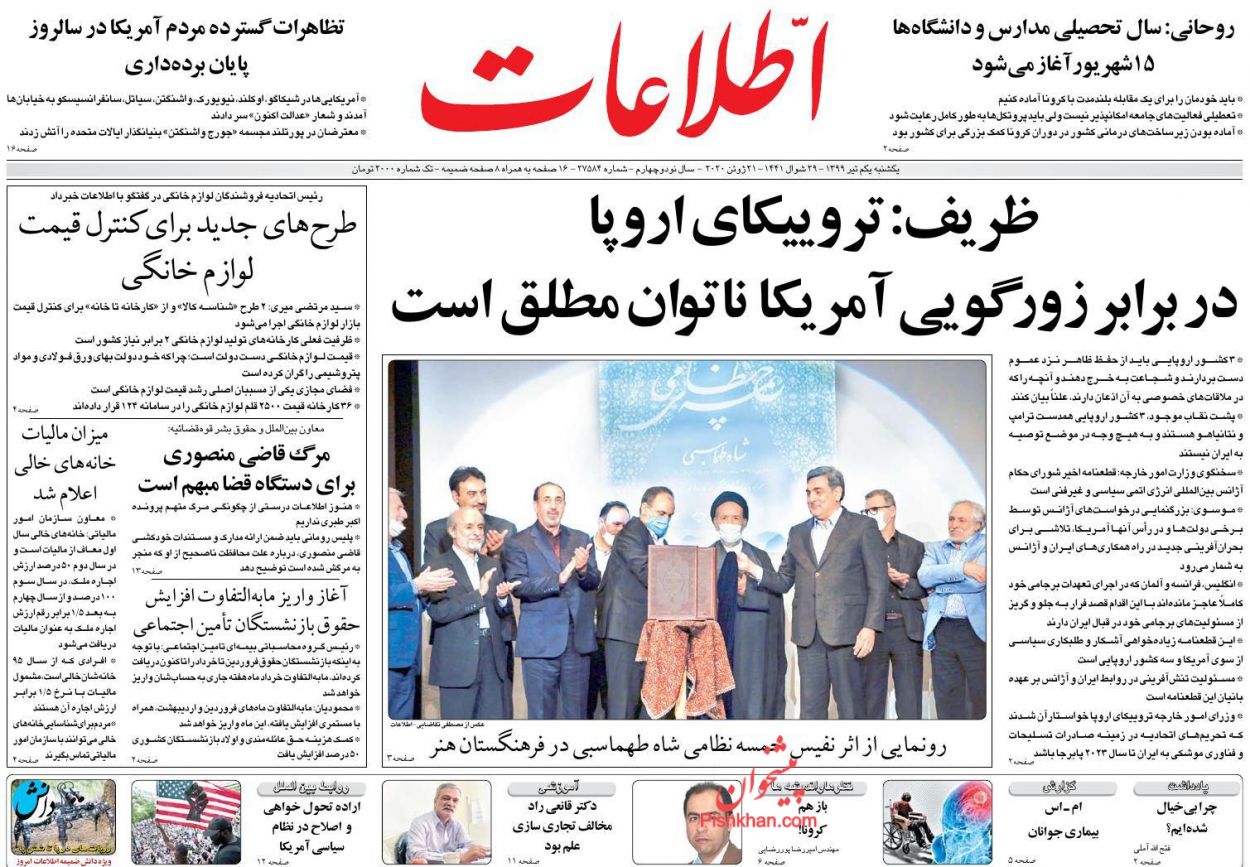 1- Judge Mansouri Had Many Things to Say
2- Corona Decisions for Summer
3- Coronavirus Wrestling with People Not Wearing Masks!
4- Three Suggestions for Coping with Corona 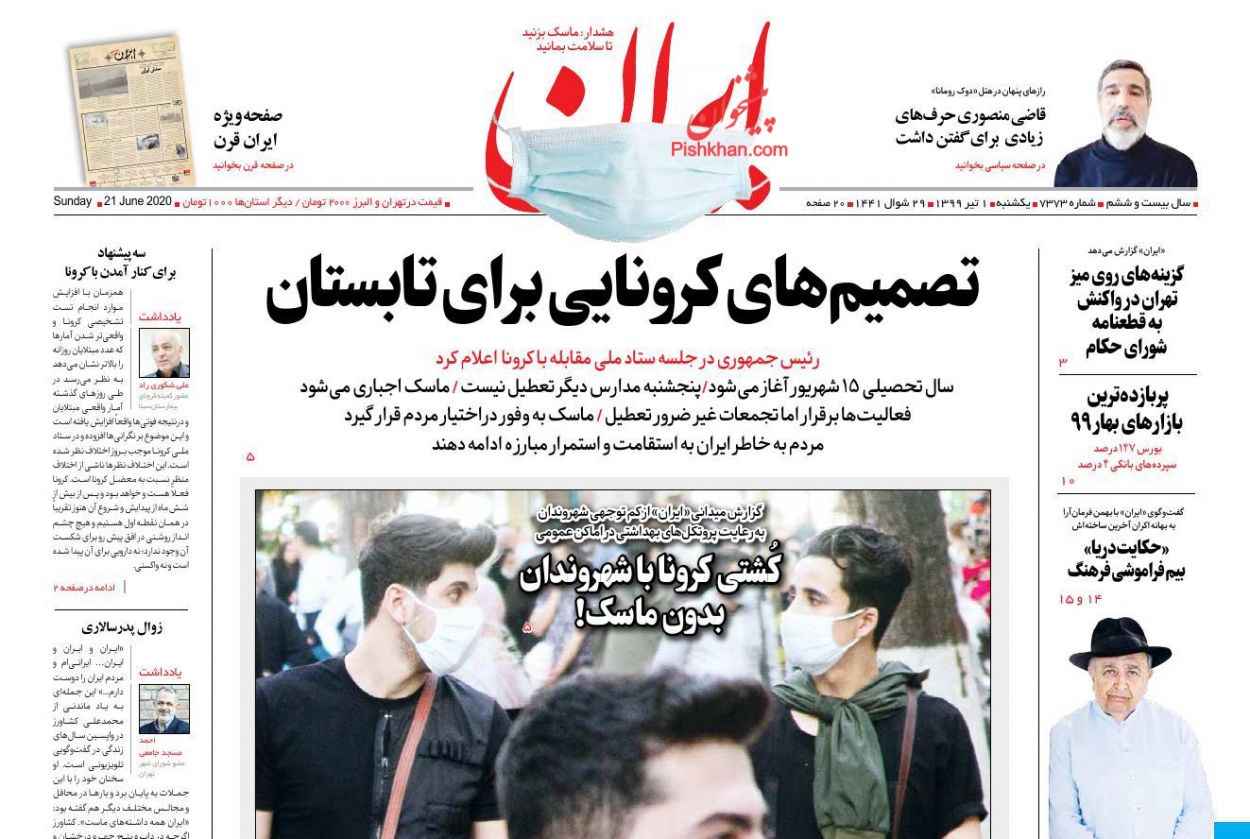 1- US Elections to Turn into Revolution
2- Zarif: E3 Accessories to Trump, Netanyahu 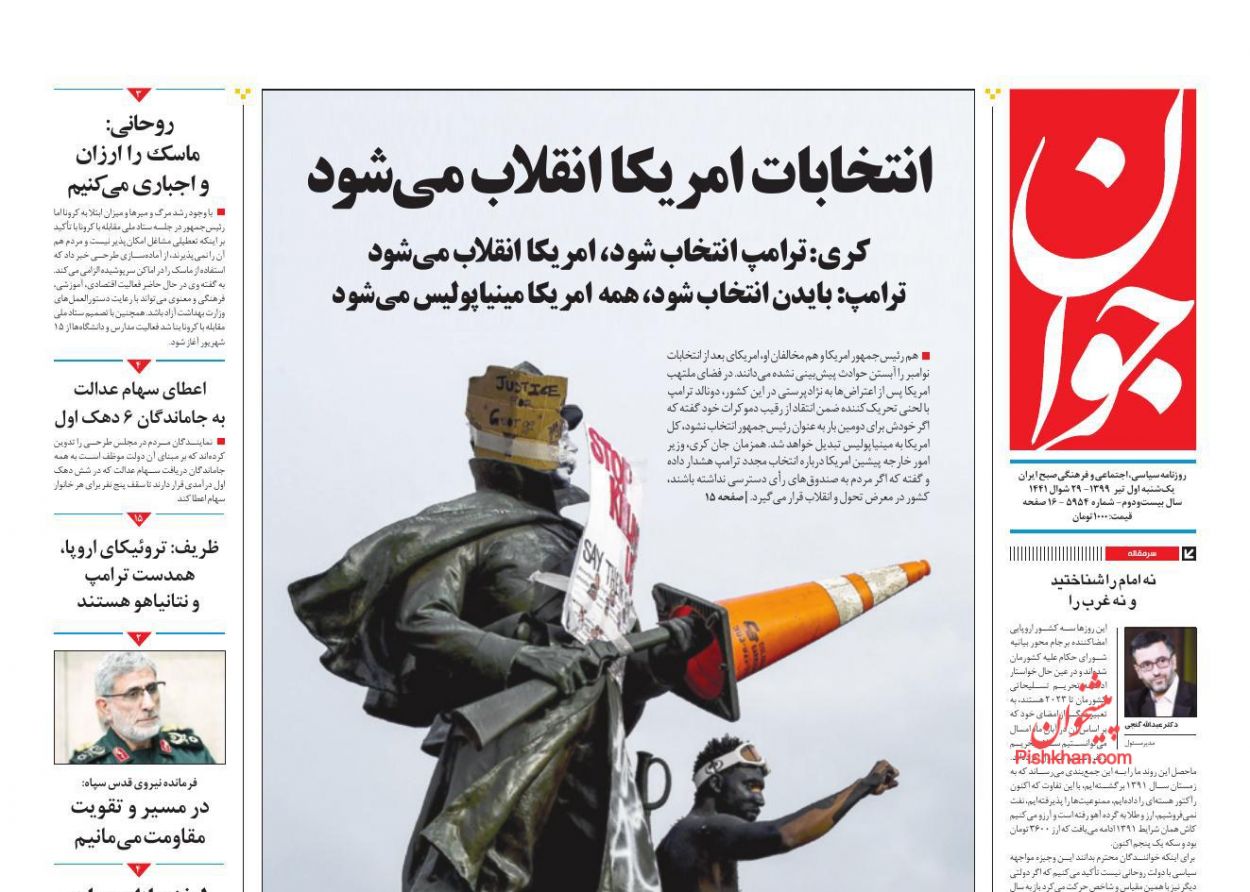 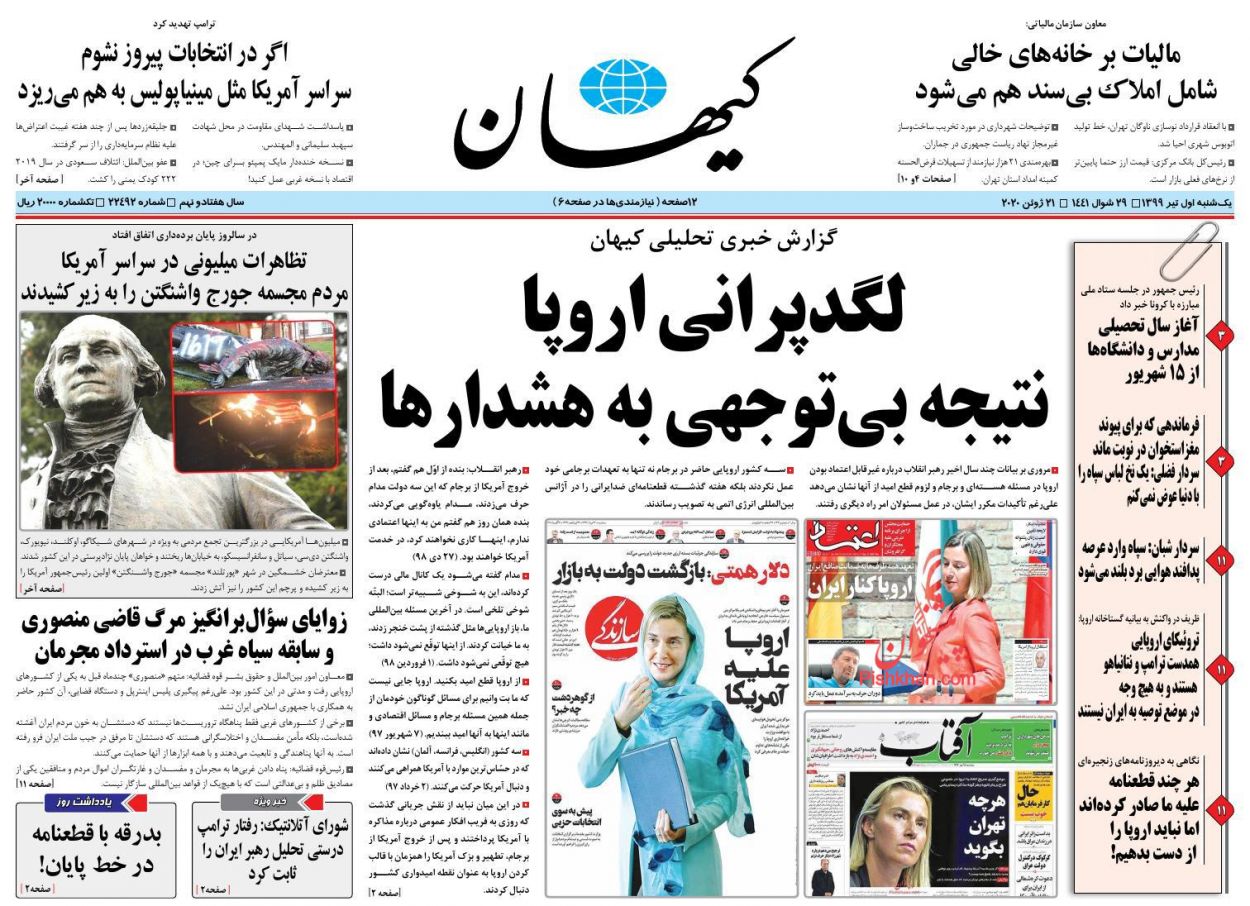 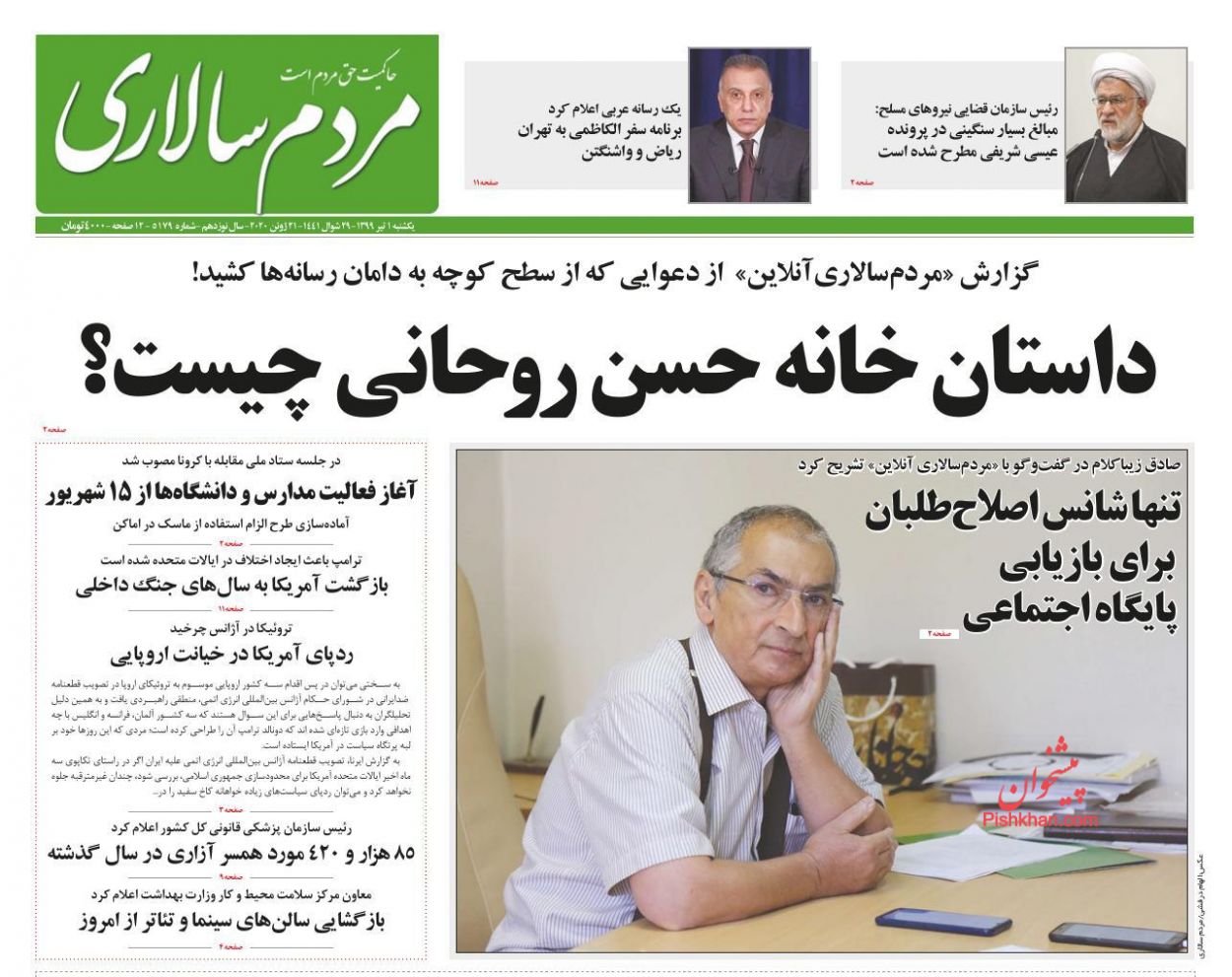 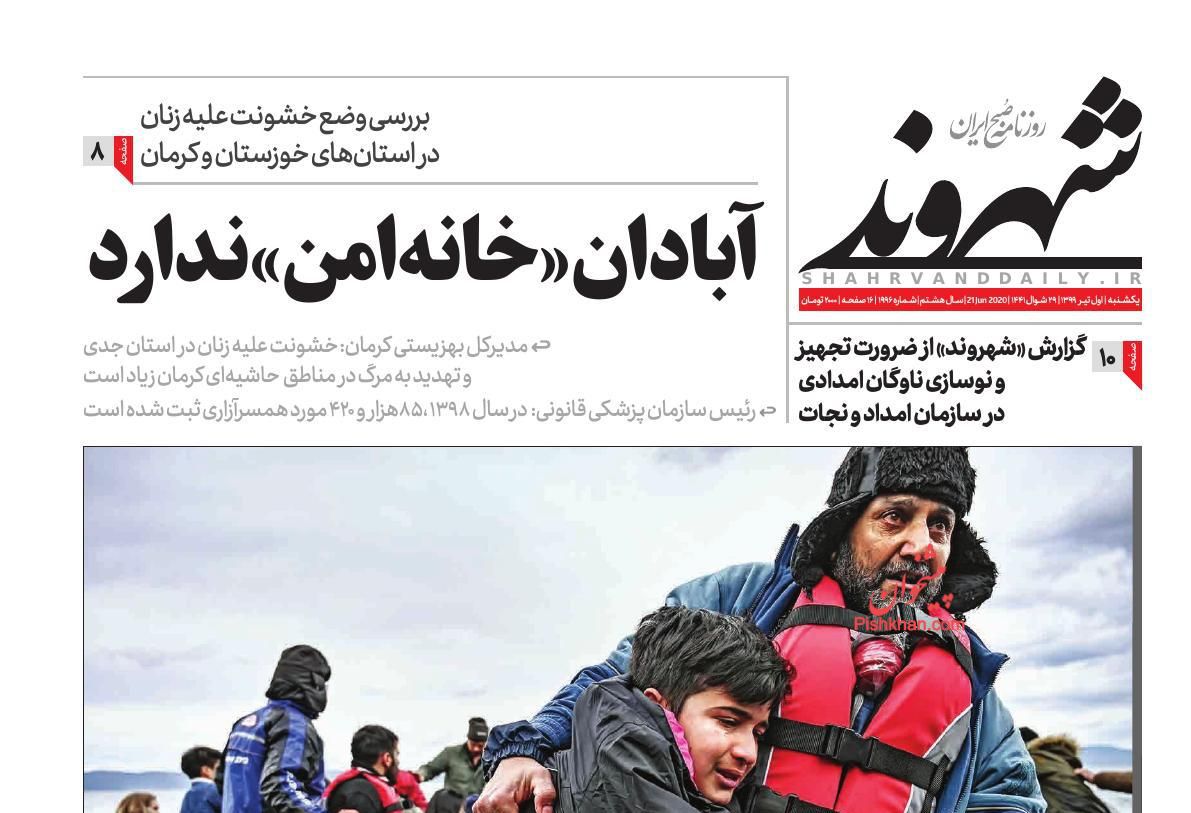 1- Judge Mansouri’s Lawyer Says He Had Many Secrets to Reveal
2- Rouhani: Reopening of Businesses Hinges on People’s Behaviour
3- Zarif to IAEA: You’re Not in Position to Give Advice to Iran
4- E3 Defends JCPOA after Attacking Iran at IAEA 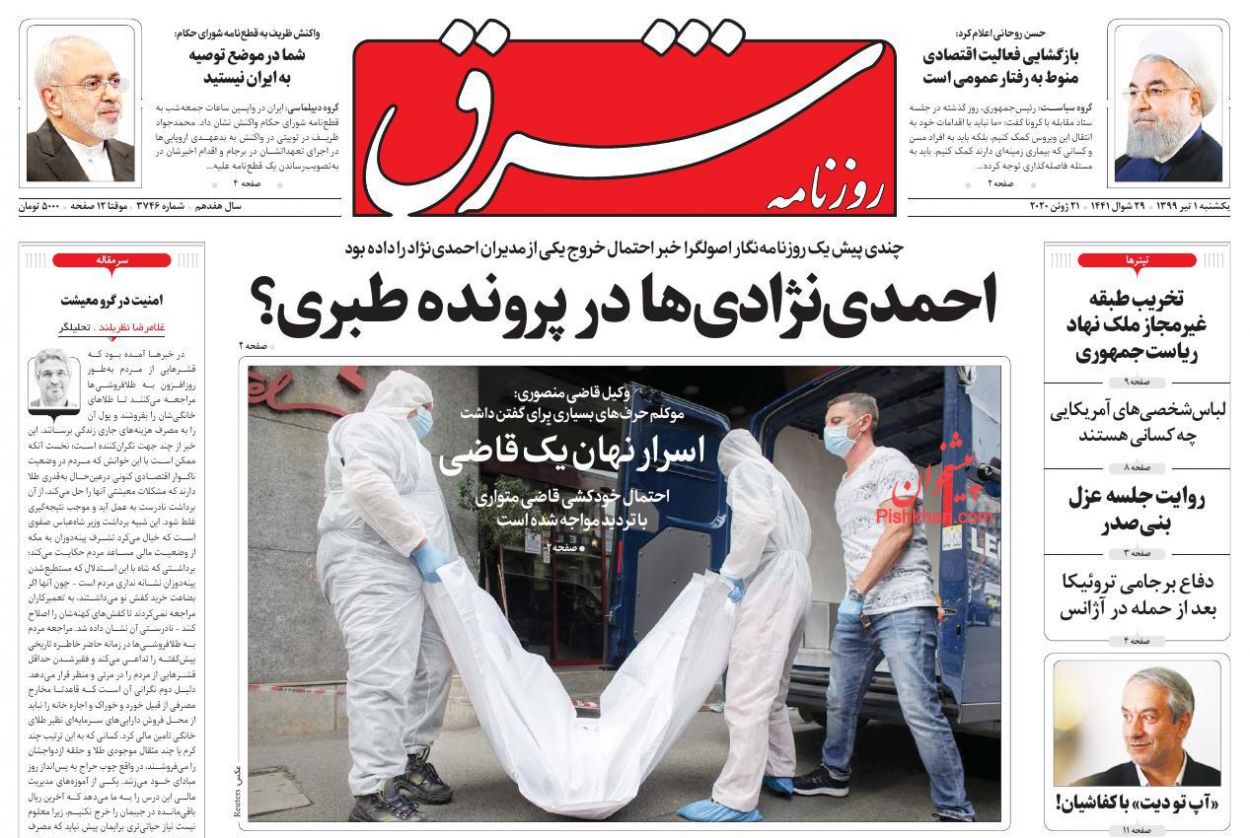