A Look at Iranian Newspaper Front Pages on February 9

IFP has taken a look at the front pages of Iranian newspapers on Sunday, February 9, 2020, and picked headlines from nine of them. IFP has simply translated the headlines and does not vouch for their accuracy.

1- We Must Be Strong to Avert War, Leader Says in A Gathering of Iran Air Force Commanders, Staff 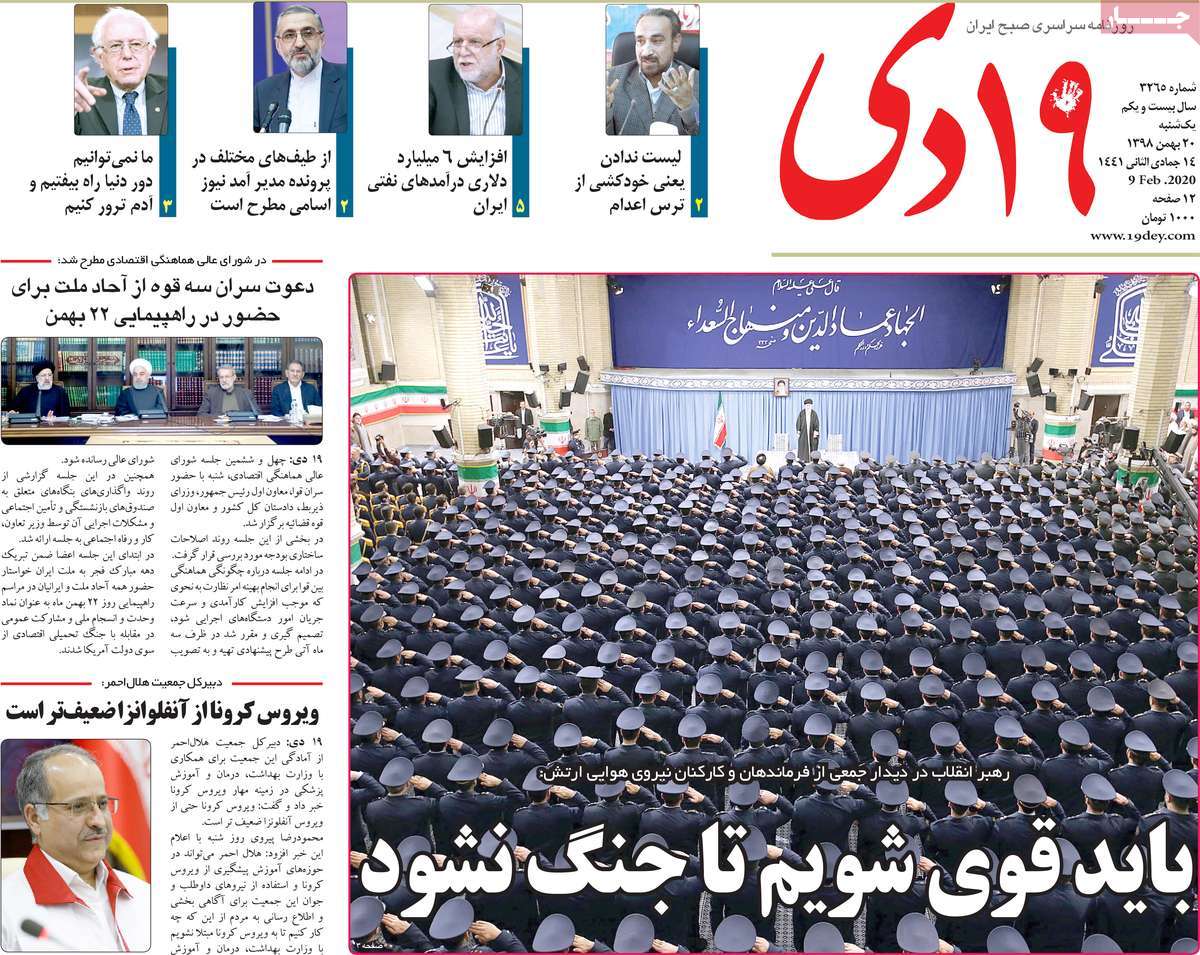 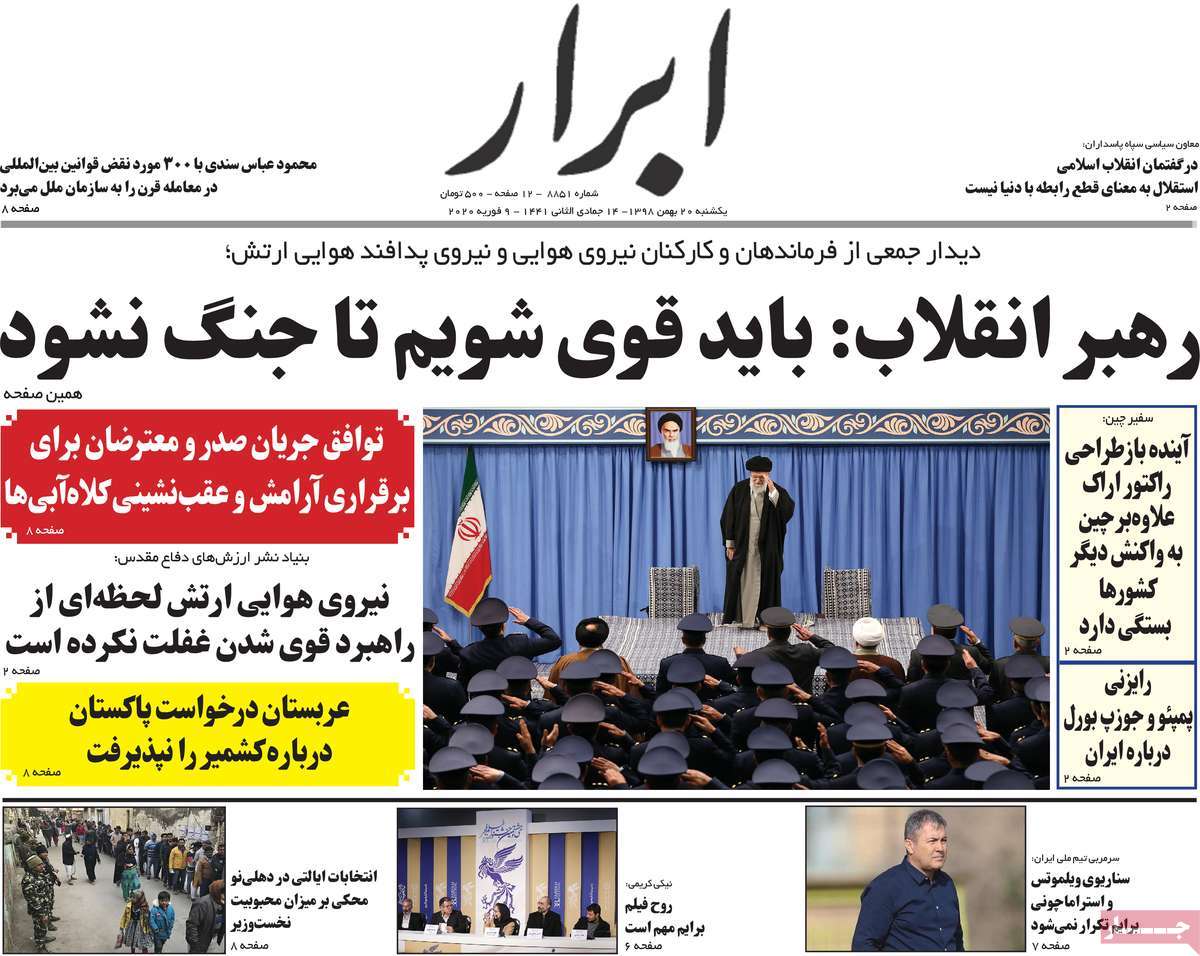 2- Quarrel over the Spoils; Principlists May Run for February Election with Multiple Lists 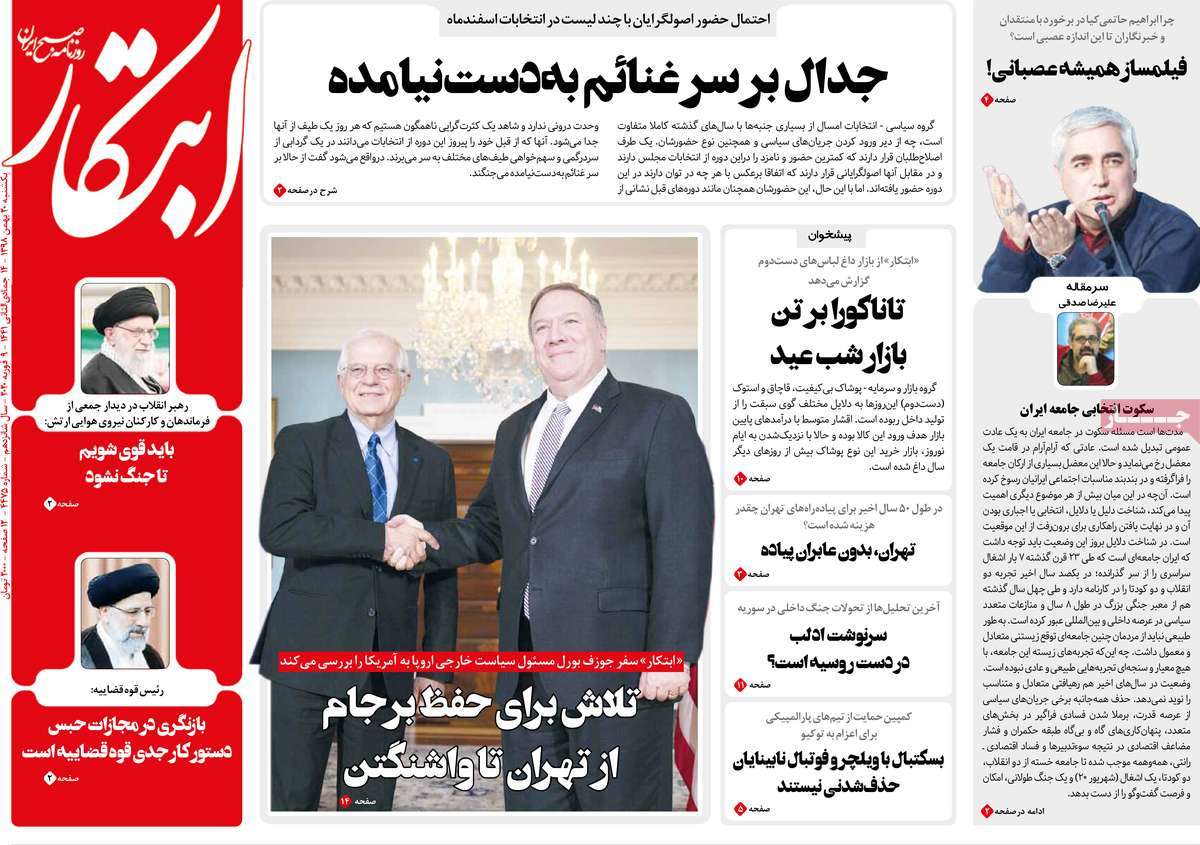 1- Pahlavi Regime Received Blow from Where It Didn’t Expect It, Leader of Revolution Says in Meeting with Iran Air Force Commanders, Staff

3- Allawi’s Premiership on the Edge; Will US Remain in Iraq? 2- Rituals to Be Held in Tehran, Kerman to Mark 40th Day after Martyrdom of General Soleimani 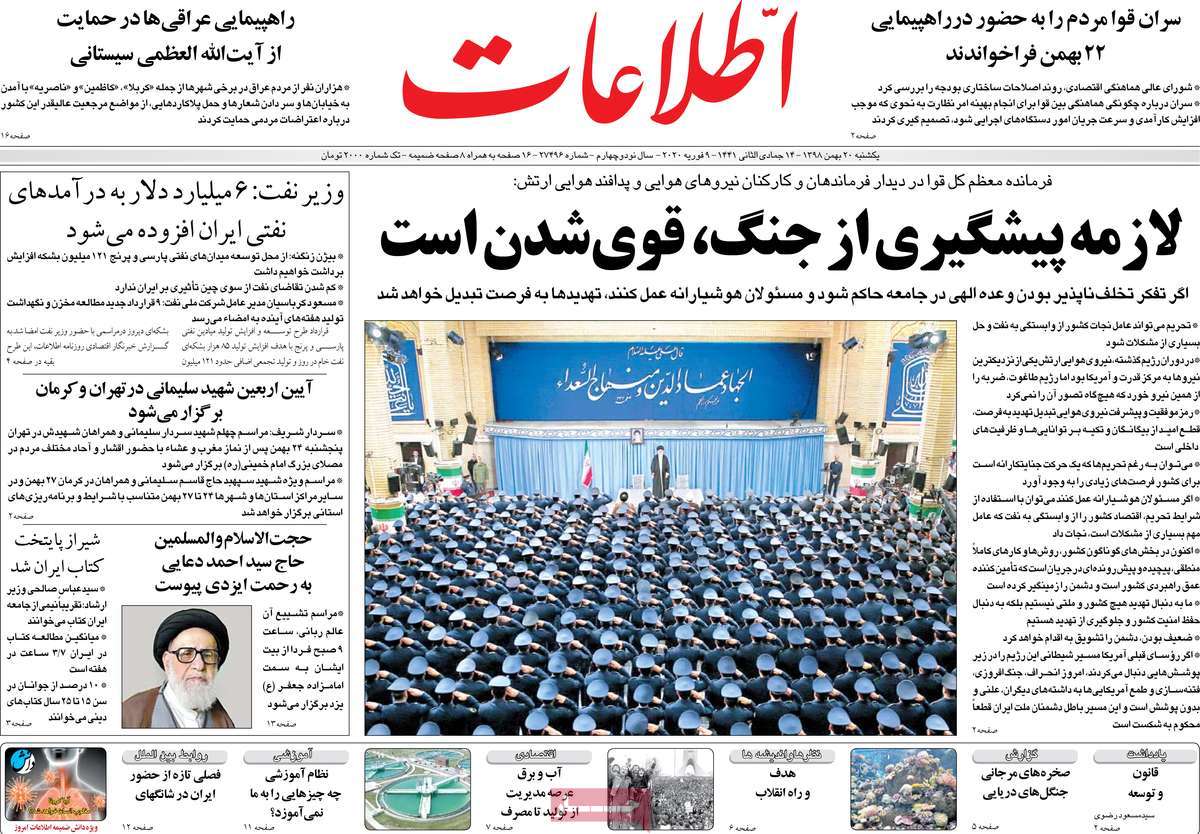 3- Revision of Sentence on Judiciary’s Agenda 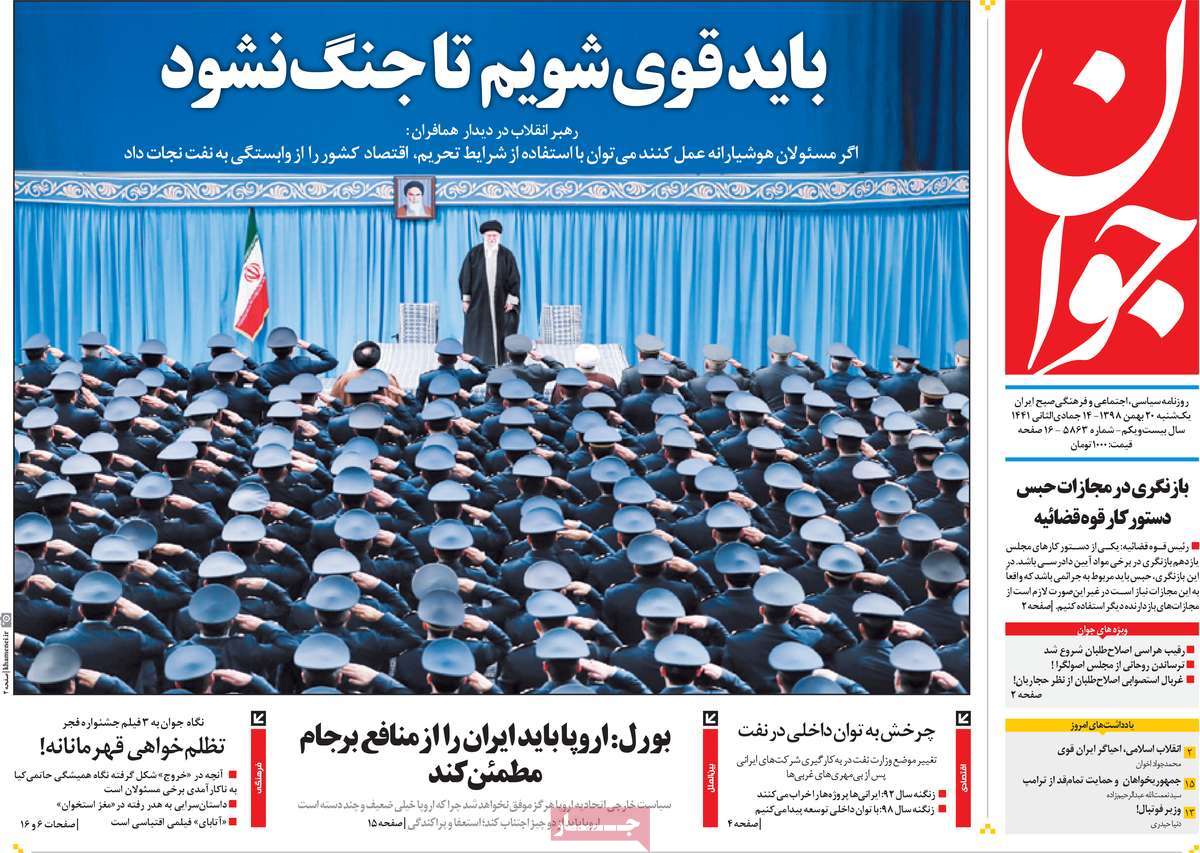 3- Kayhan’s Analysis: Reformists Suffer from Unpopularity, Not Shortage of Candidates 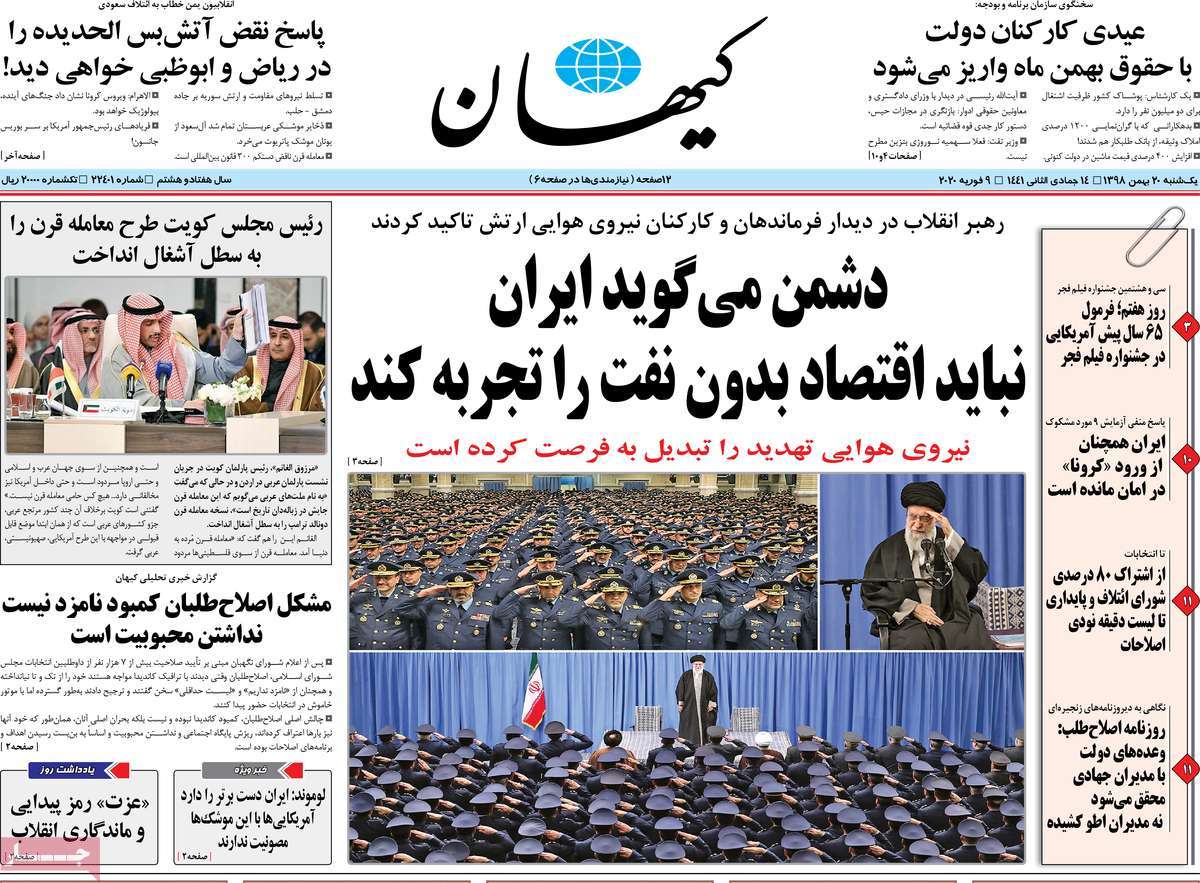 1- Leader Brands US Sanctions on Iran as Crime in Meeting with Air Force Commanders, Staff 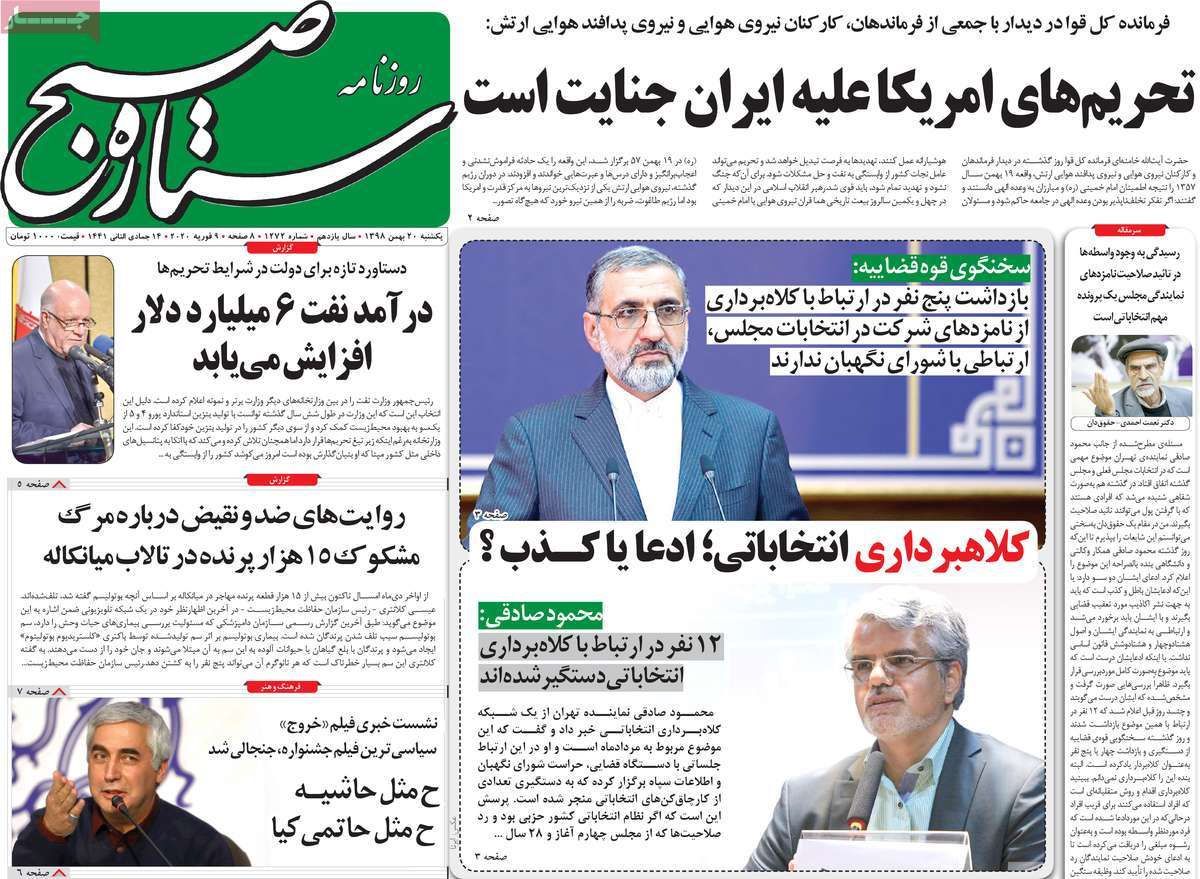 1- Will Bill on Referendum Be Introduced? President Welcomes Proposal from A Reformist Party on Reform of Principle about Supervision of Elections 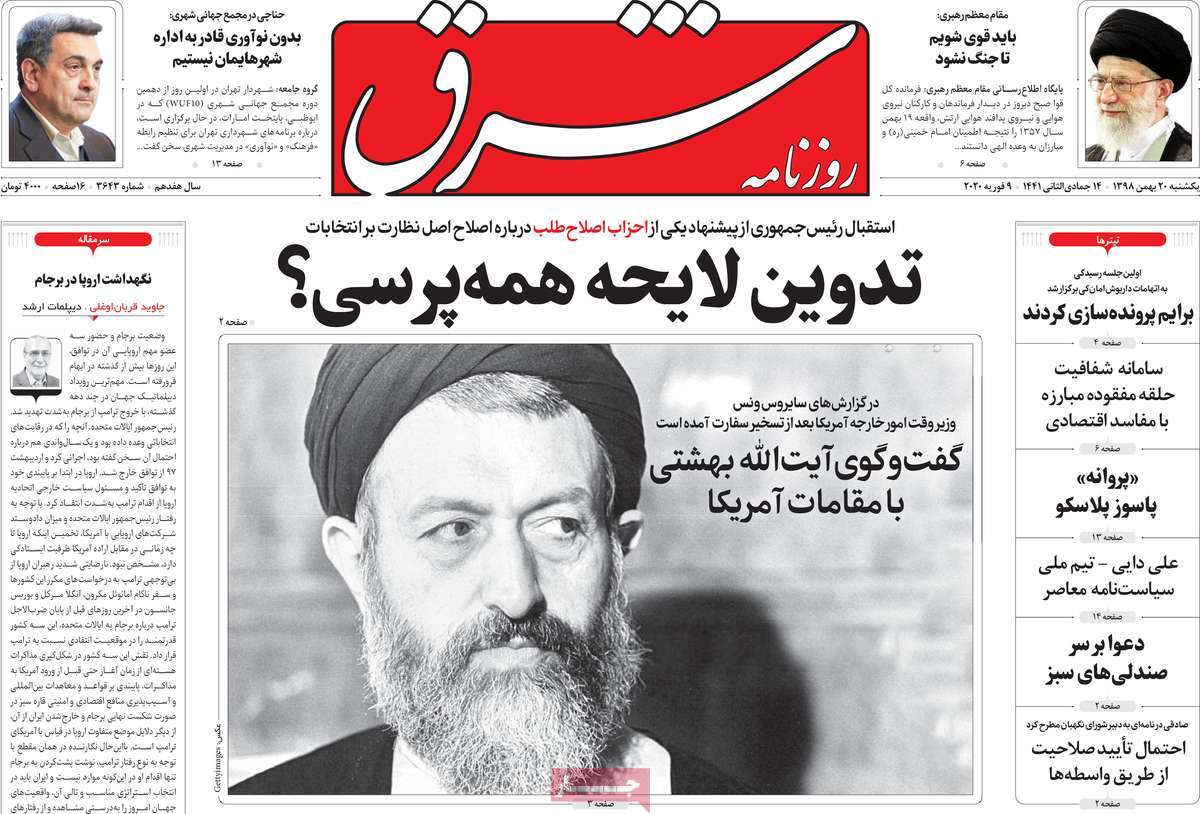