IFP has taken a look at the front pages of Iranian newspapers on Sunday, August 18, 2019, and picked headlines from 9 of them. IFP has simply translated the headlines and does not vouch for their accuracy.

1- Larijani: US People Ruled by Leaders Similar to Don Quixote

2- Zarif: We’re Not Allowed to Make Choices on Behalf of People 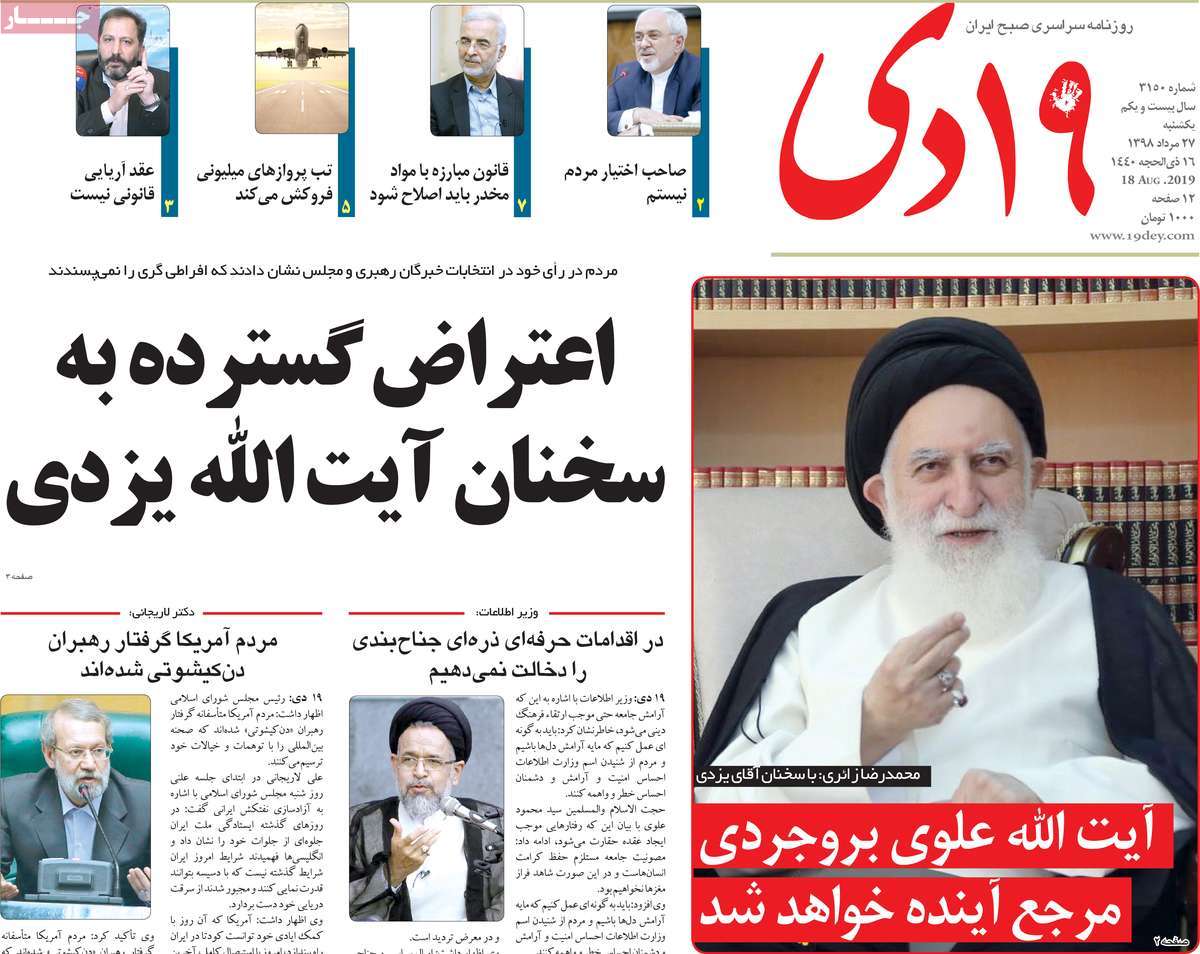 2- Abdul-Mahdi’s Aide: Iraq Played a Role in Release of Grace-1 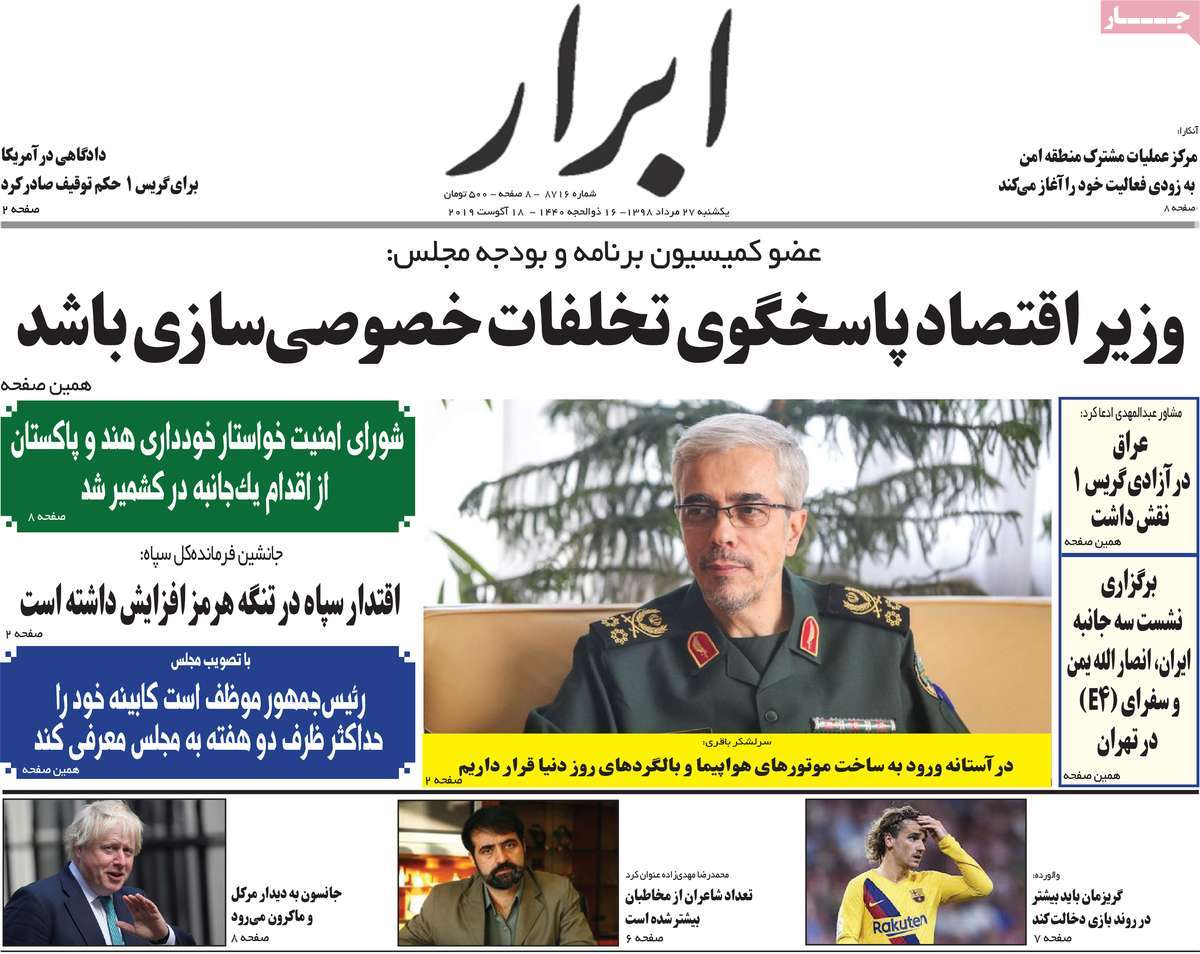 1- Future of Guerrilla War in Yemen 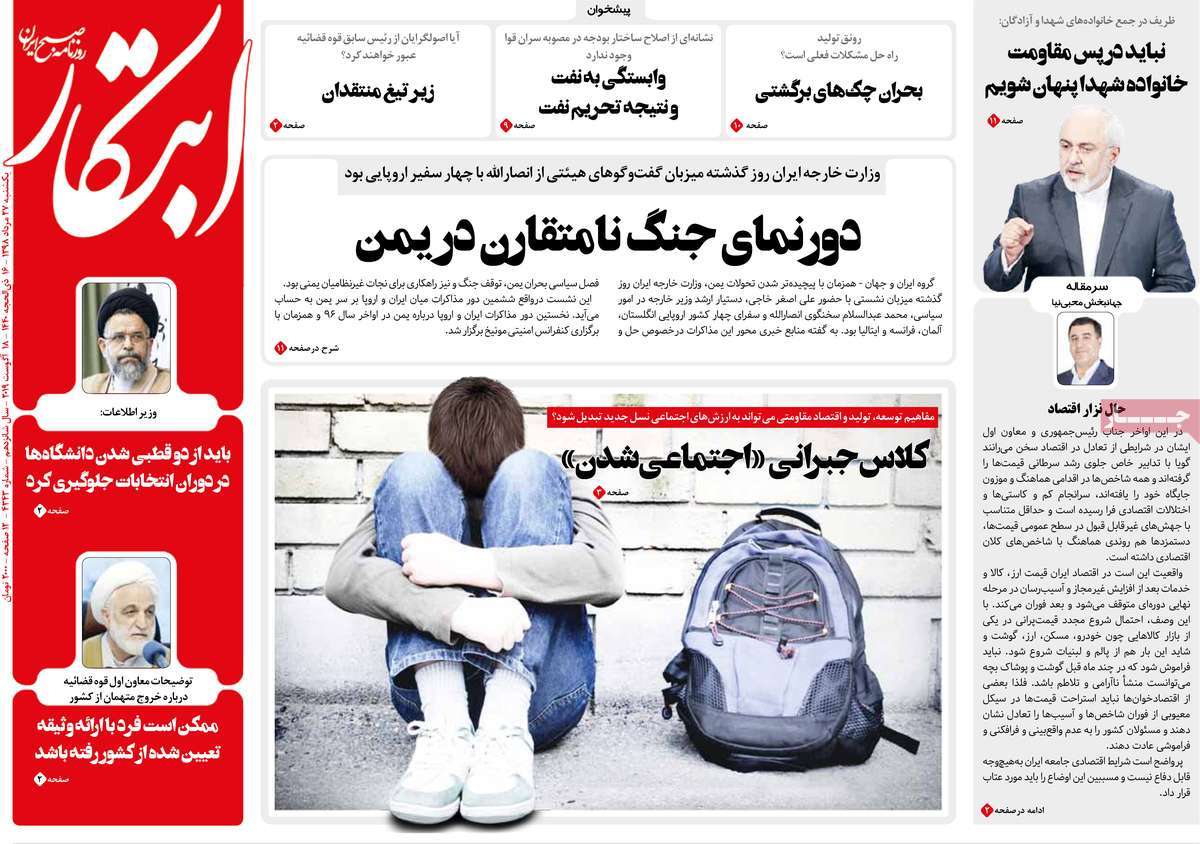 * Ansarullah Chief: We Haven’t Taken a Single Order from Iran So Far 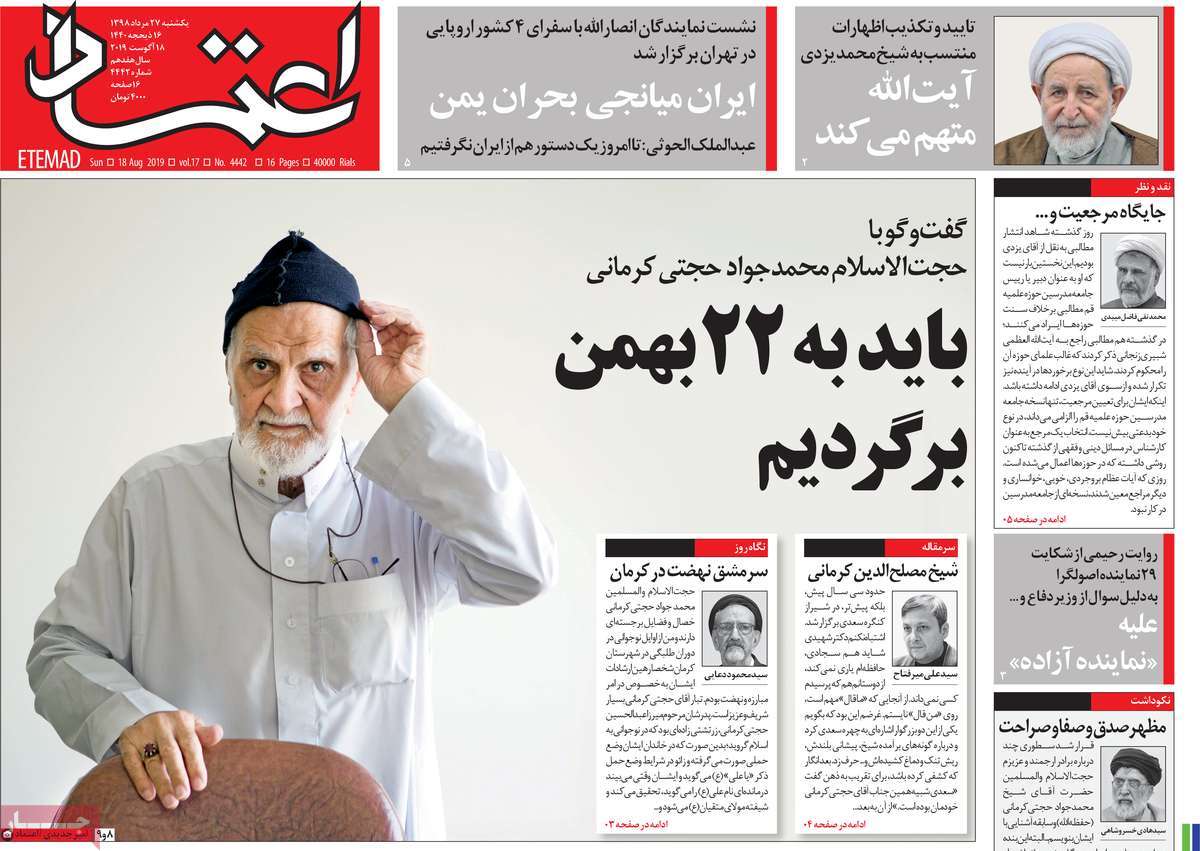 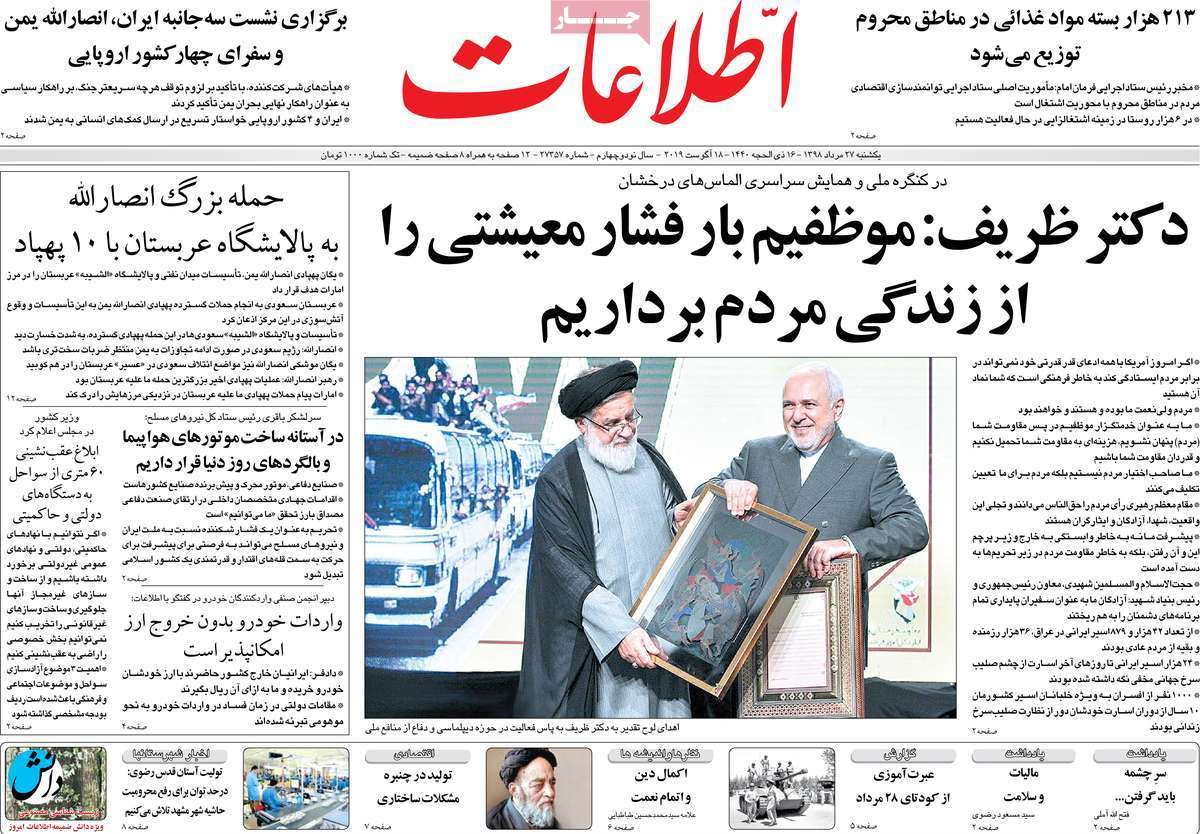 * US Court Issues Warrant for Seizure of Iran’s Tanker 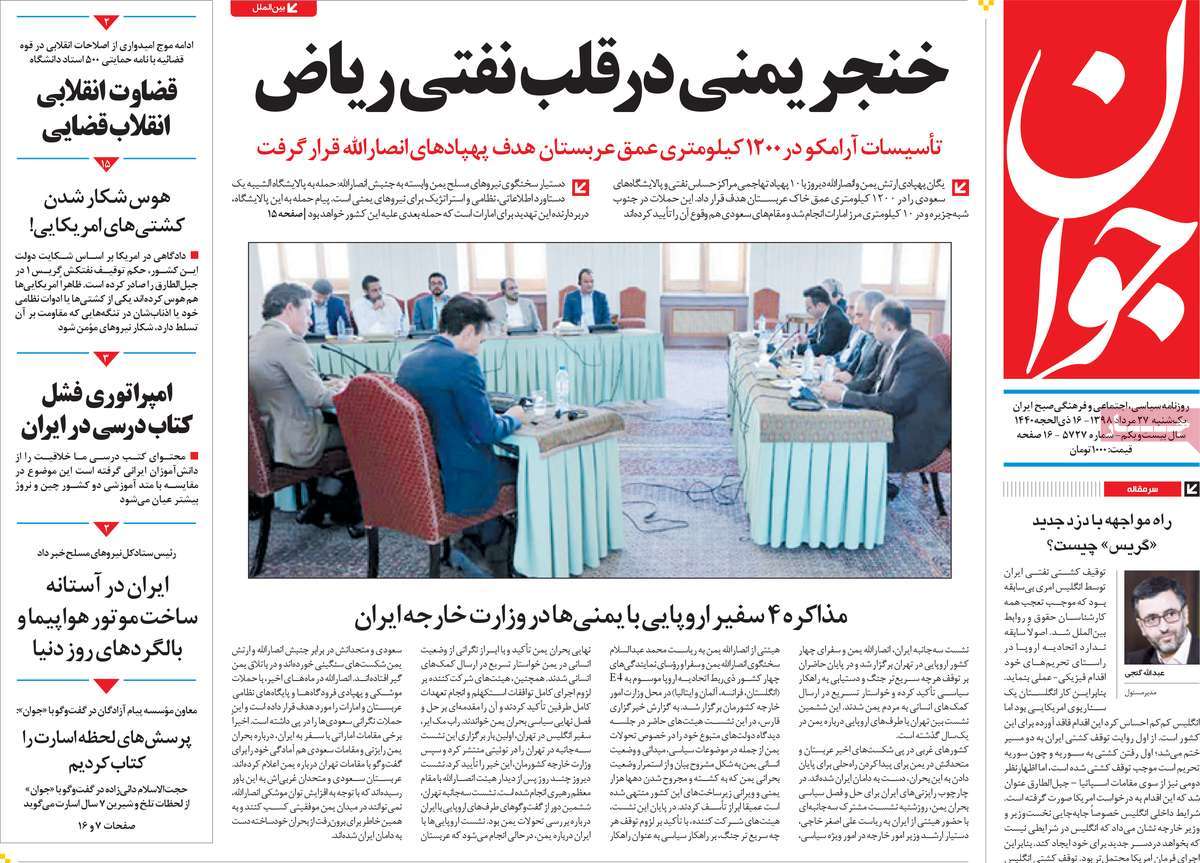 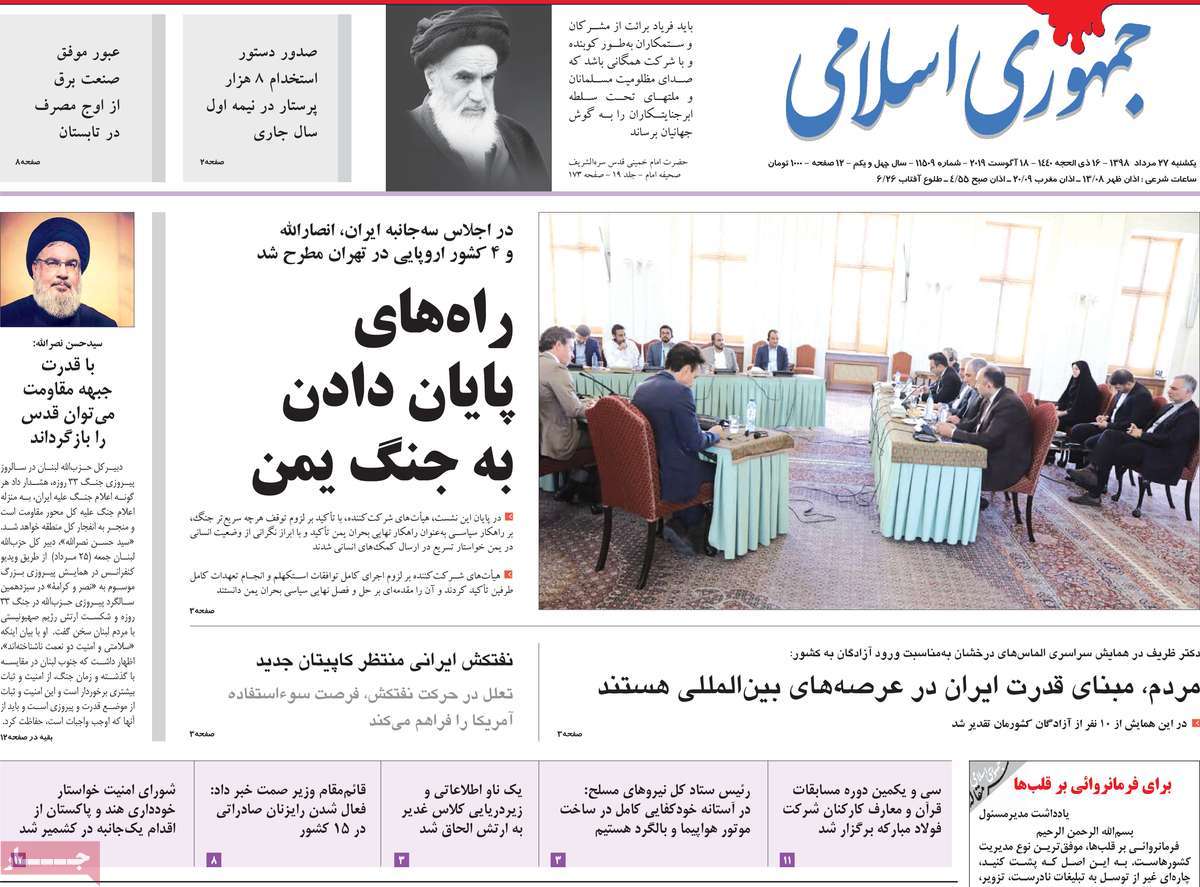 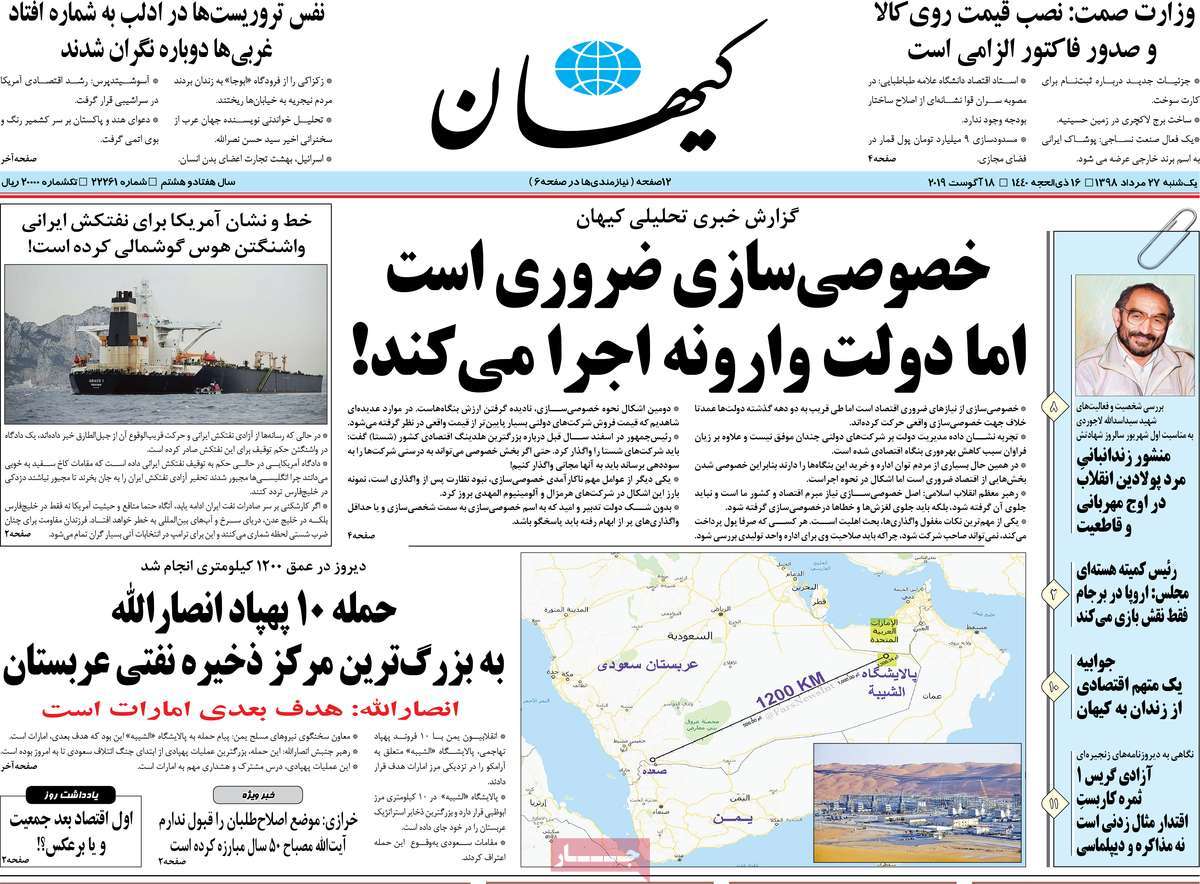 1- Judiciary Official: It’d Be Better for Fugitives If They Return to Iran 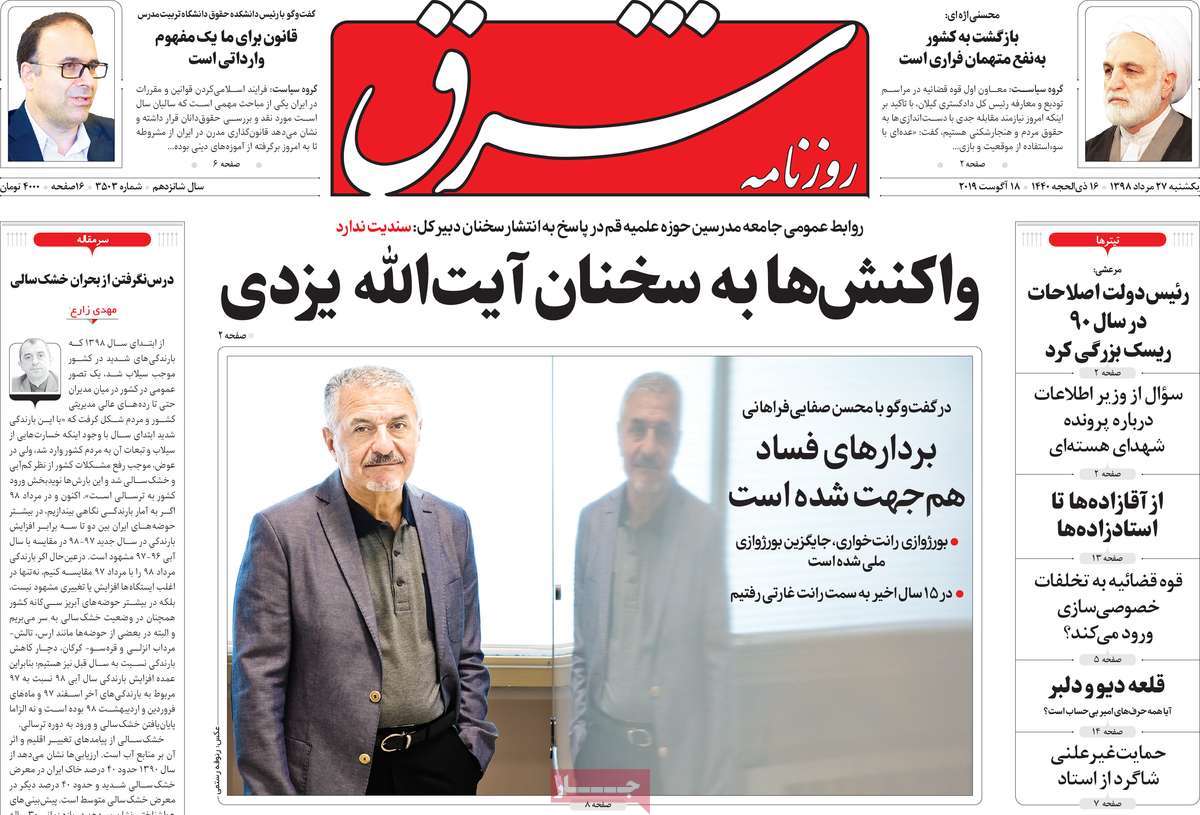