IFP has taken a look at the front pages of Iranian newspapers on Thursday, August 15, 2019, and picked headlines from 10 of them. IFP has simply translated the headlines and does not vouch for their accuracy. 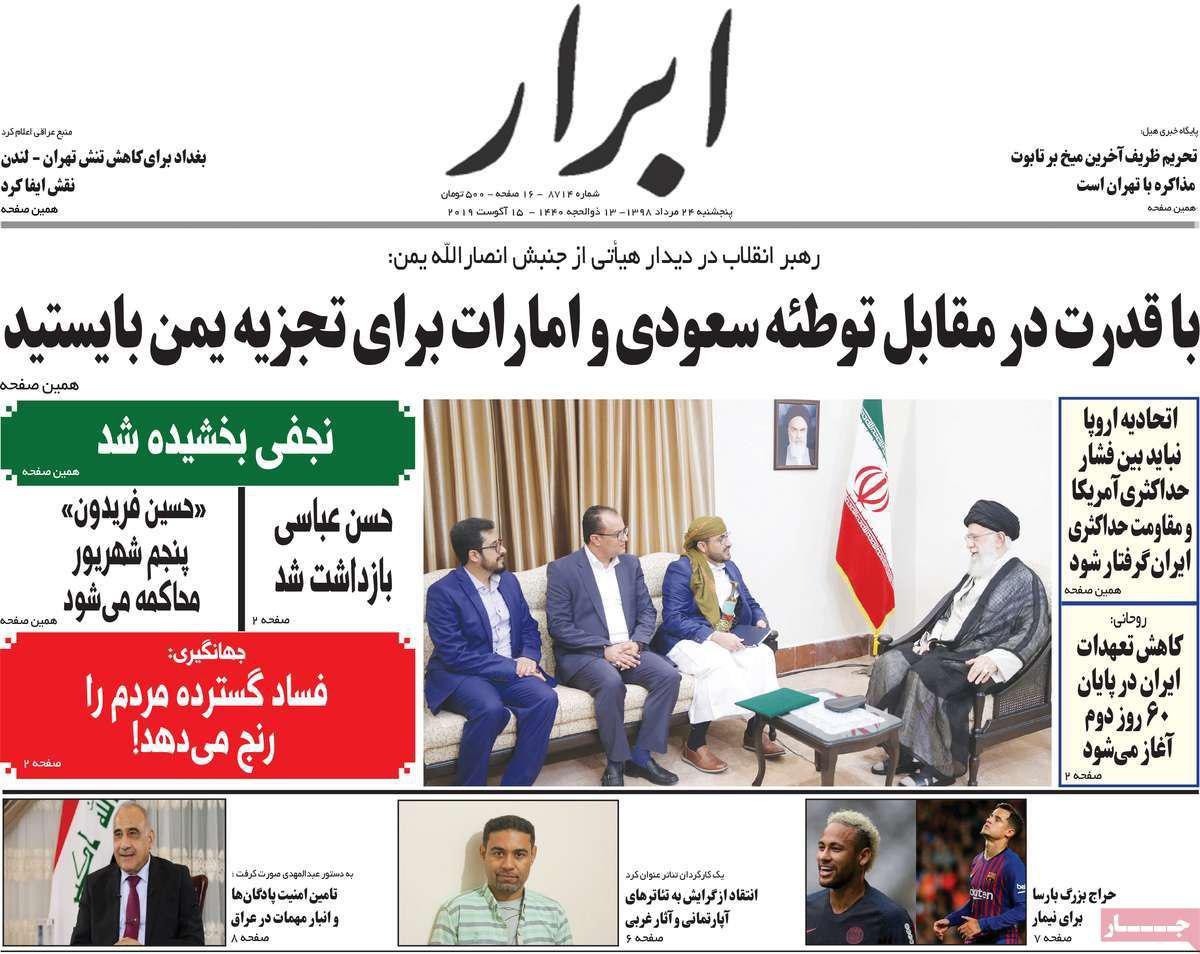 2- Rouhani: We’re Committed to Our Obligations If Other Parties Remained Loyal to Their Commitments 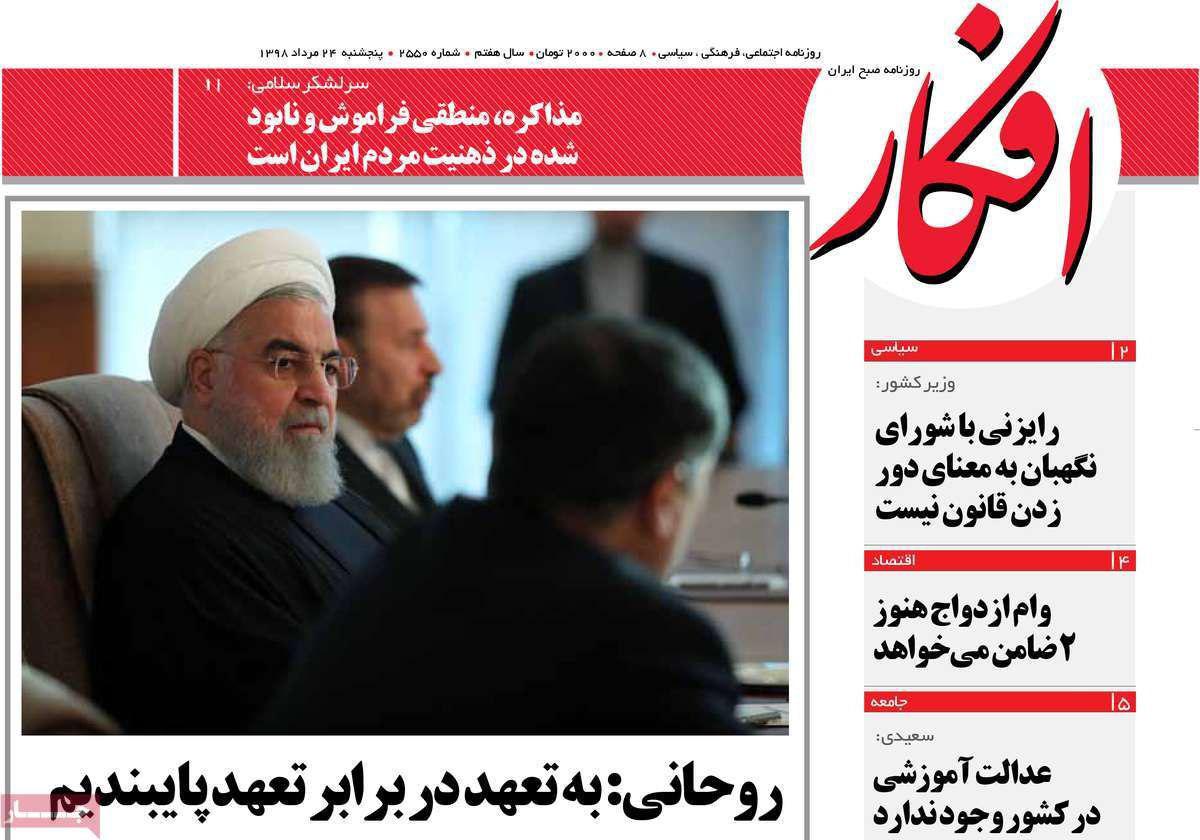 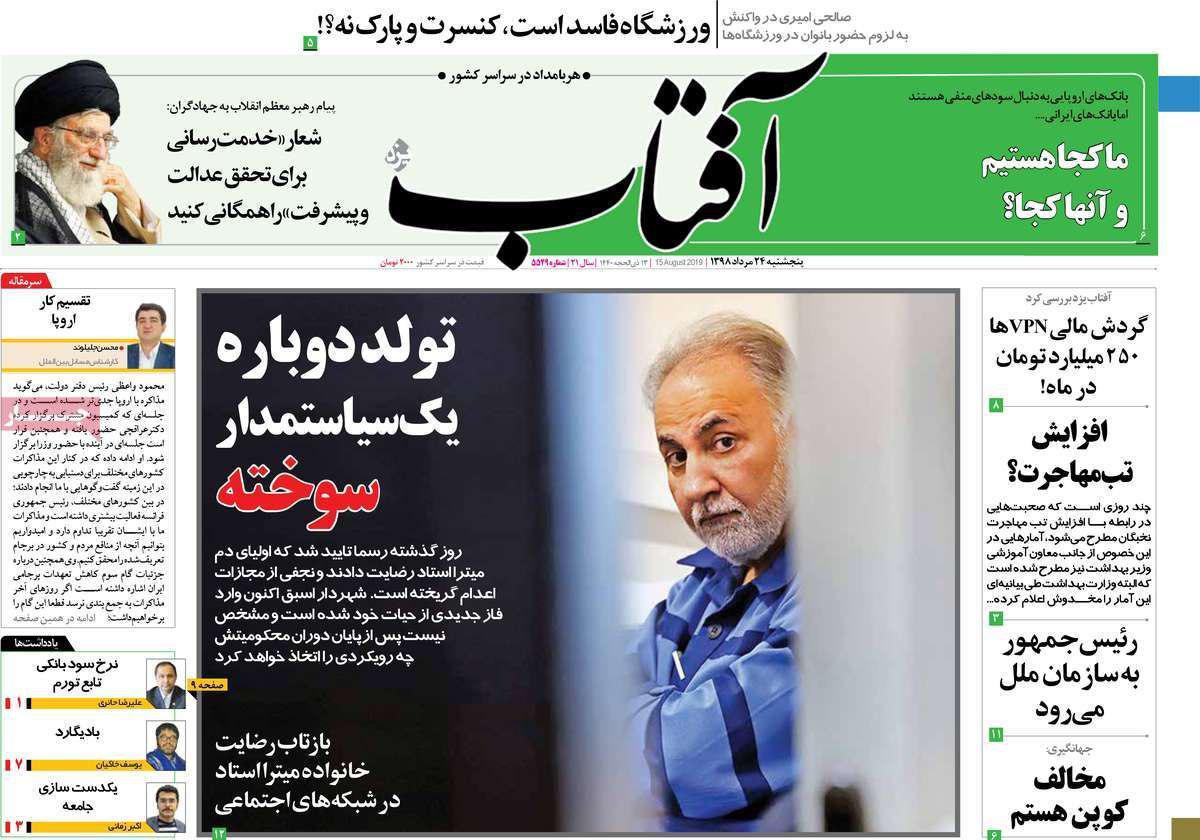 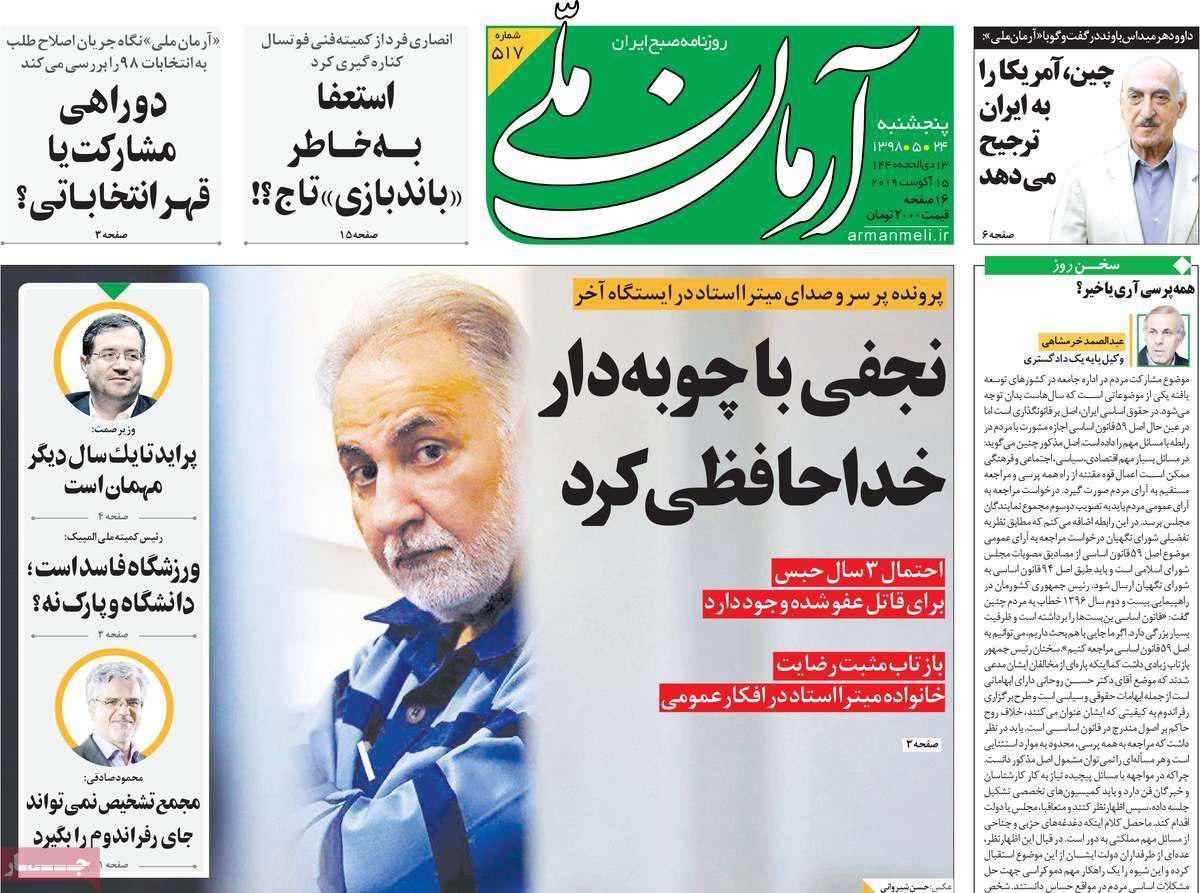 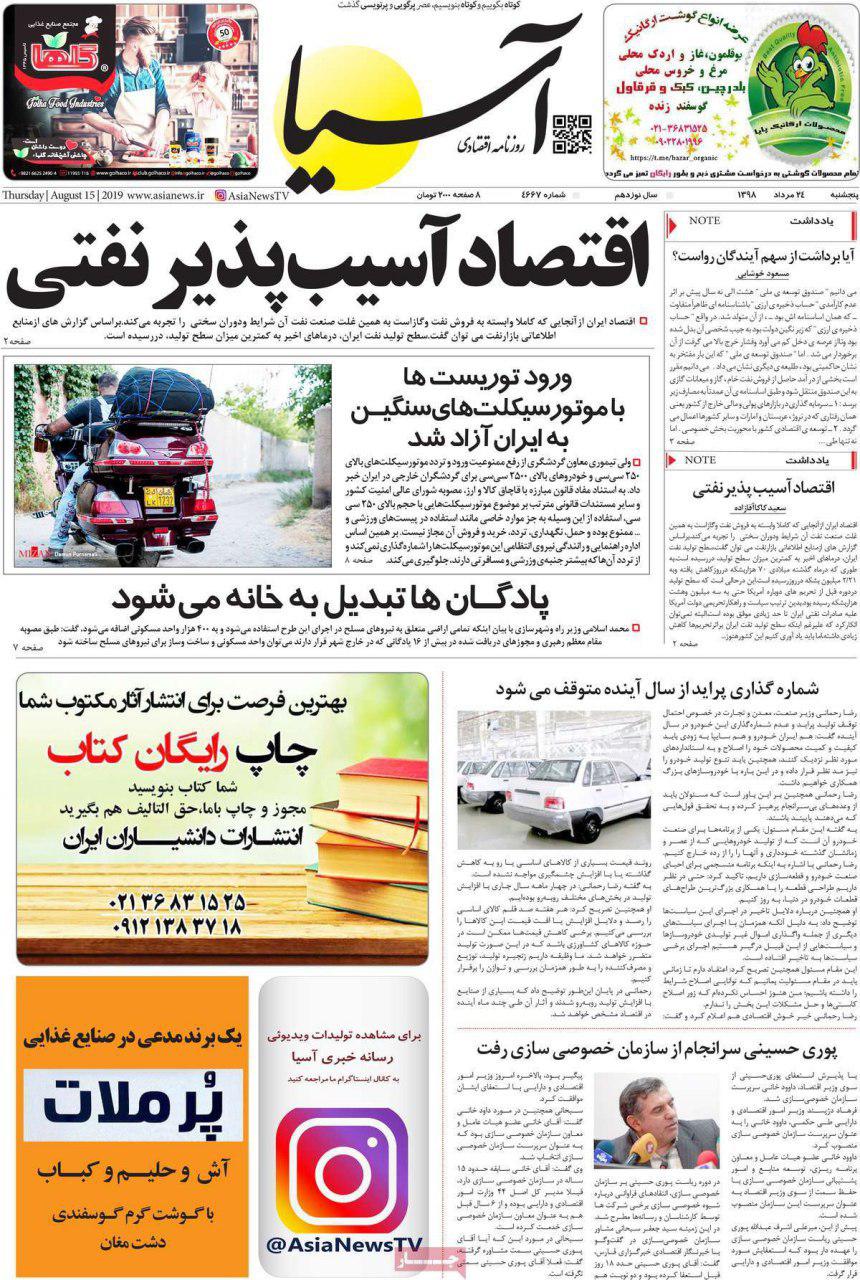 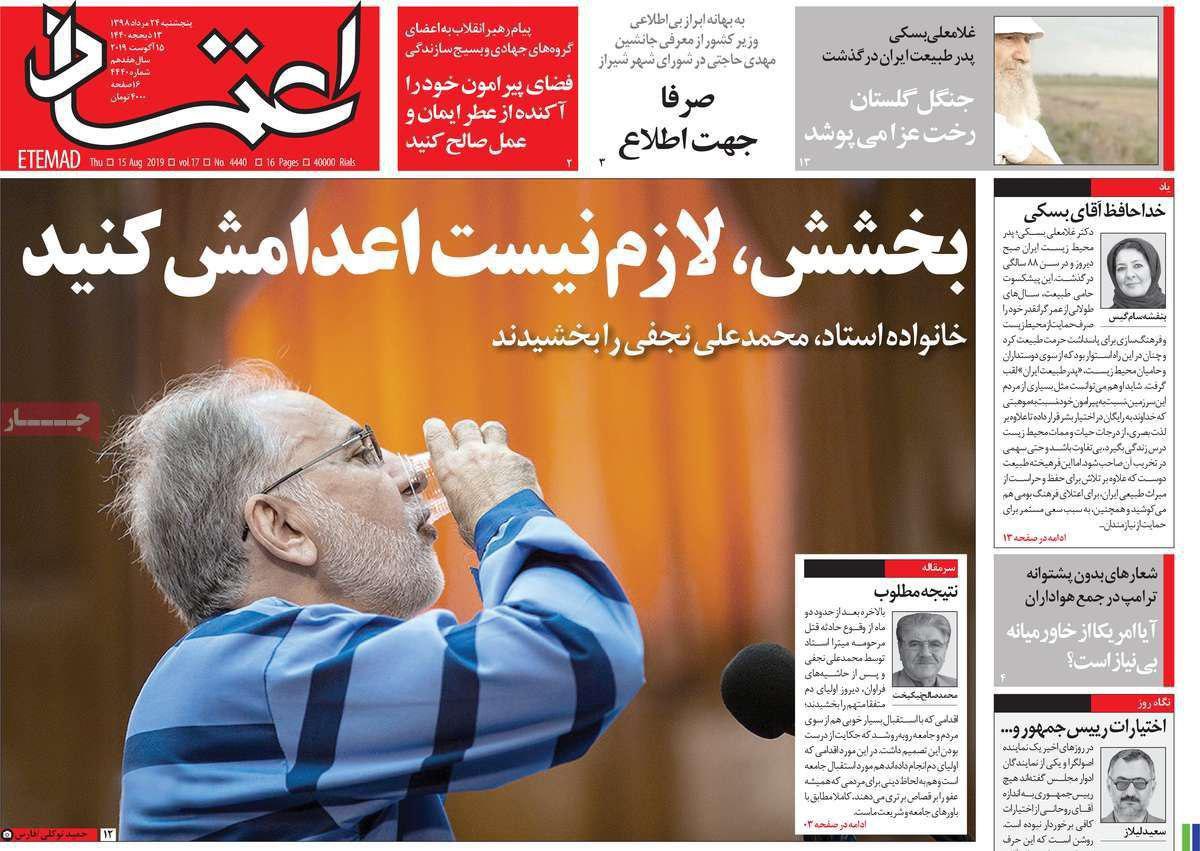 1- Israel to Be Showered with Missiles If It Attacks Gaza: Hamas 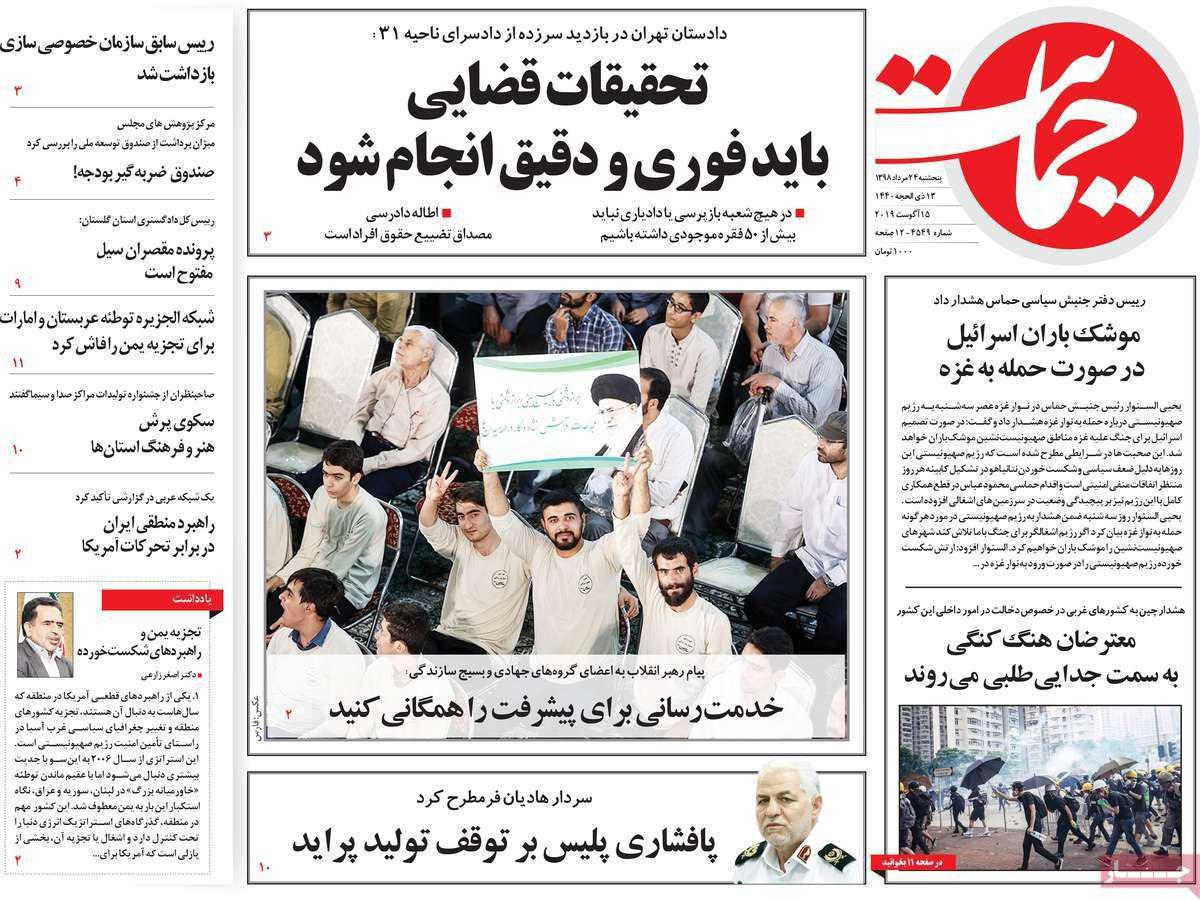 1- First VP: You Won’t Find Any Government Better than Ours!

3- Ibrahim in Nigerian Jail of India 3- A Report on Sheikh Zakzaky’s Condition in India: Sheikh’s Life in Danger 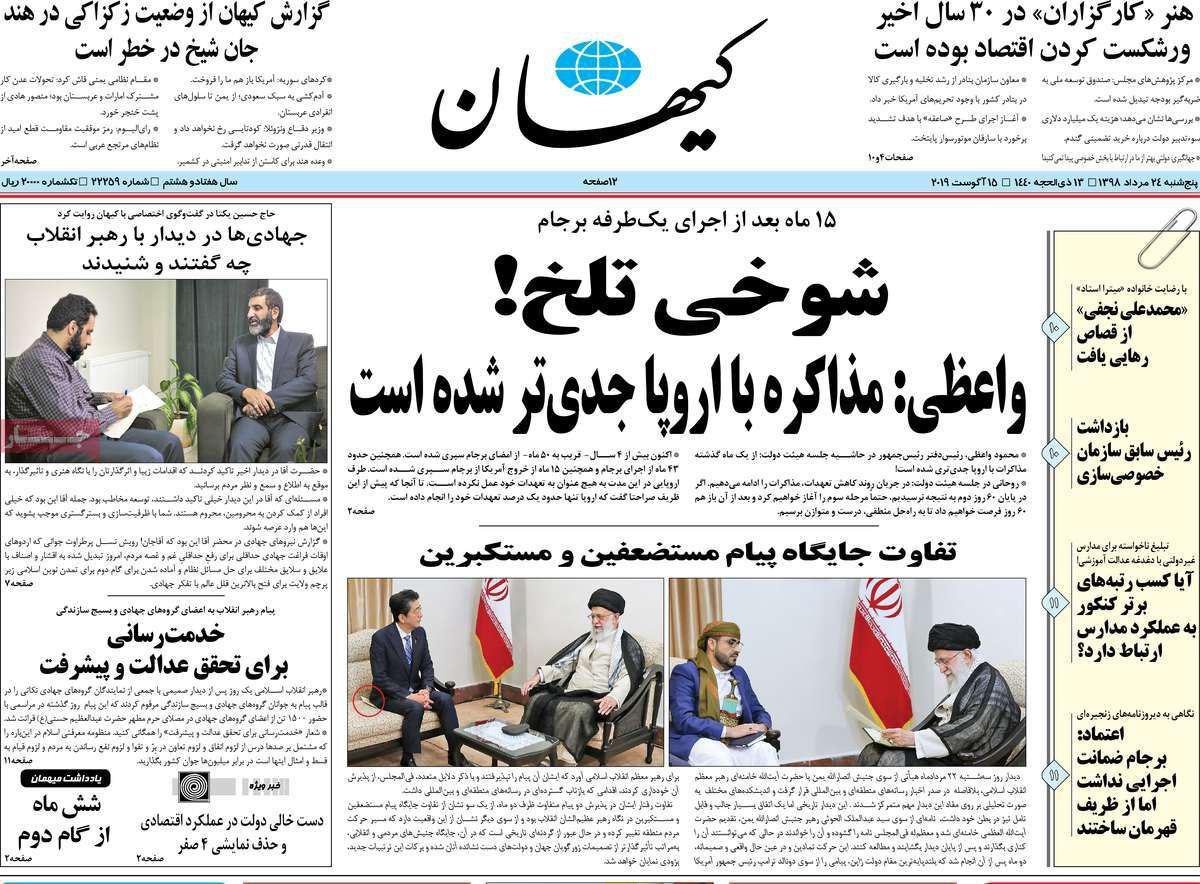 1- We Should Never Run Away from Negotiation: Rouhani 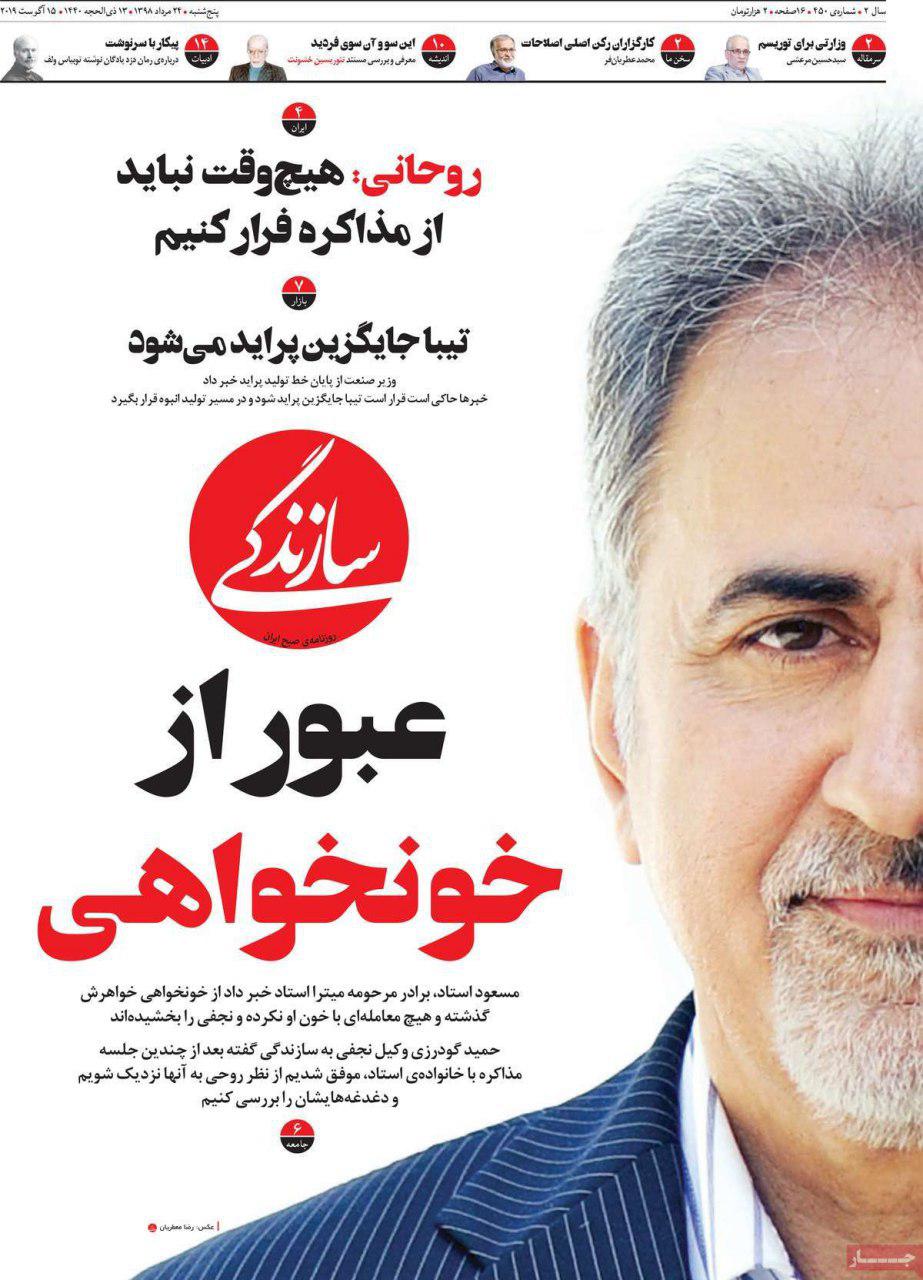