A look at Iranian newspaper front pages on April 5

IFP has taken a look at the front pages of newspapers on Tuesday and picked headlines from 24 of them. IFP has simply translated the headlines and does not vouch for their accuracy. An unprecedented global investigation into a massive leak of secret documents from the Panamanian law firm, Mossack Fonseca & Co. opens a virtual Pandora’s Box into the shadowy world of offshore companies. The Panama Papers revelation has shaken the world’s media, as the leak from the Panamanian law firm, Mossack Fonseca, continues to be investigated. It involves more than 11.5 million documents, nearly 215,000 companies and 14,153 clients of the firm, according to the German newspaper Süddeutsche Zeitung, which obtained the information and shared it with other media outlets and the International Consortium of Investigative Journalists, a nonprofit group. It was rumored that the SWIFT international money transfer system was not operational in Iran. To disprove the allegations, the Central Bank of Iran invited reporters to its SWIFT room to let them see how the system is working.

Visits to Dubai also fell by 18% during the New Year holidays. Yahya Ale Eshagh, an economist, decries the purchasing of goods from overseas 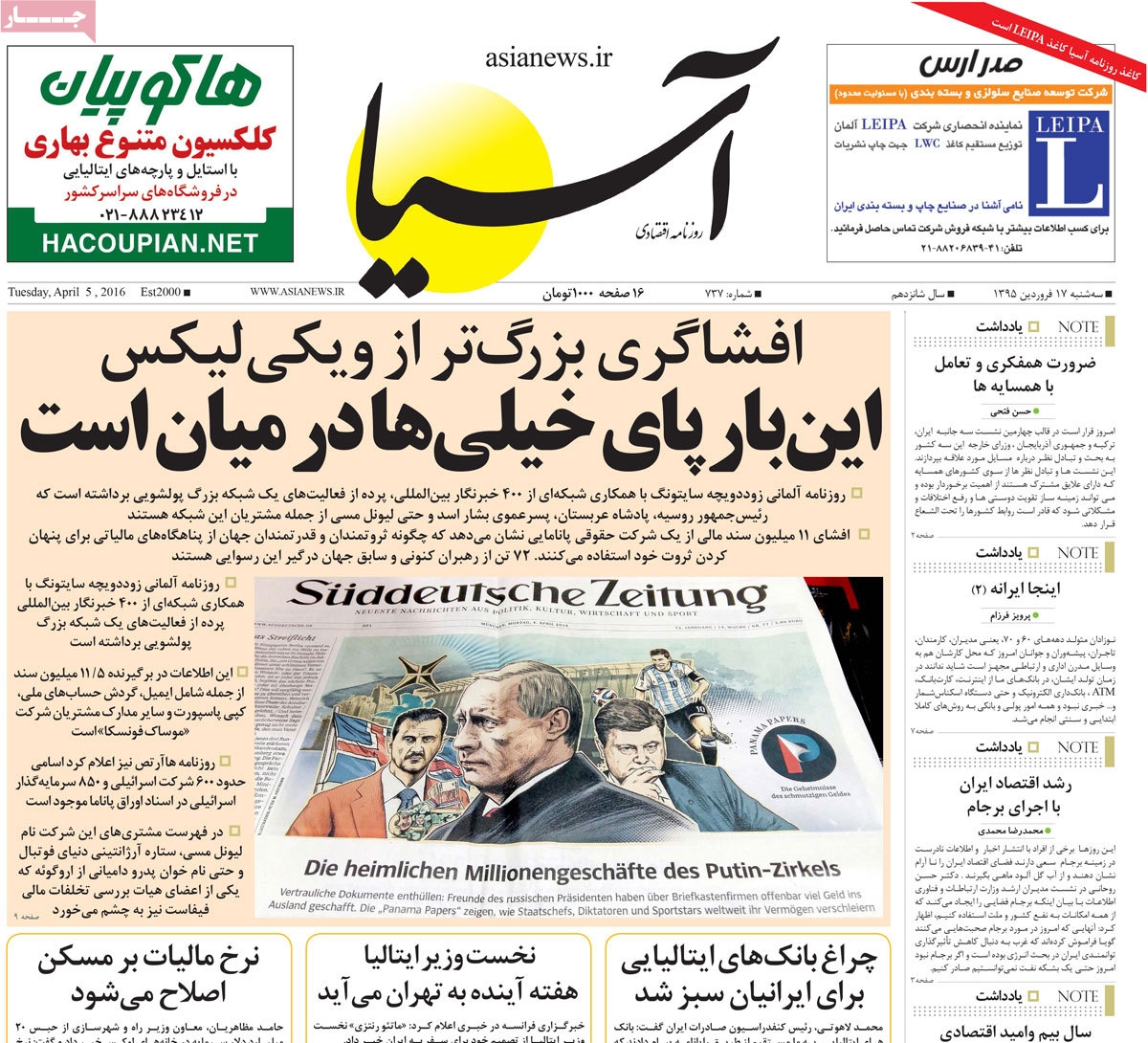