IFP has taken a look at the front pages of Iranian newspapers on Tuesday, April 30, 2019, and picked headlines from 10 of them. IFP has simply translated the headlines and does not vouch for their accuracy.

Several papers today covered the visit of Ayatollah Seyyed Ali Khamenei, the Leader of Iran’s Islamic Revolution, to Tehran International Book Fair, and his criticism of the ministries of culture and trade over the hiking price of paper.

Also a top story was the strong opposition of Parliament Speaker Ali Larijani and IRGC Quds Force Commander Major General Qassem Soleimani to the idea of holding bilateral talks with the US. Larijani called it a strategic mistake, and General Soleimani described it as an instance of submission under the current circumstances.

The upcoming visit of Iranian Foreign Minister Mohammad Javad Zarif to North Korea, and the visit of a Korean delegation to Iran also received great coverage. 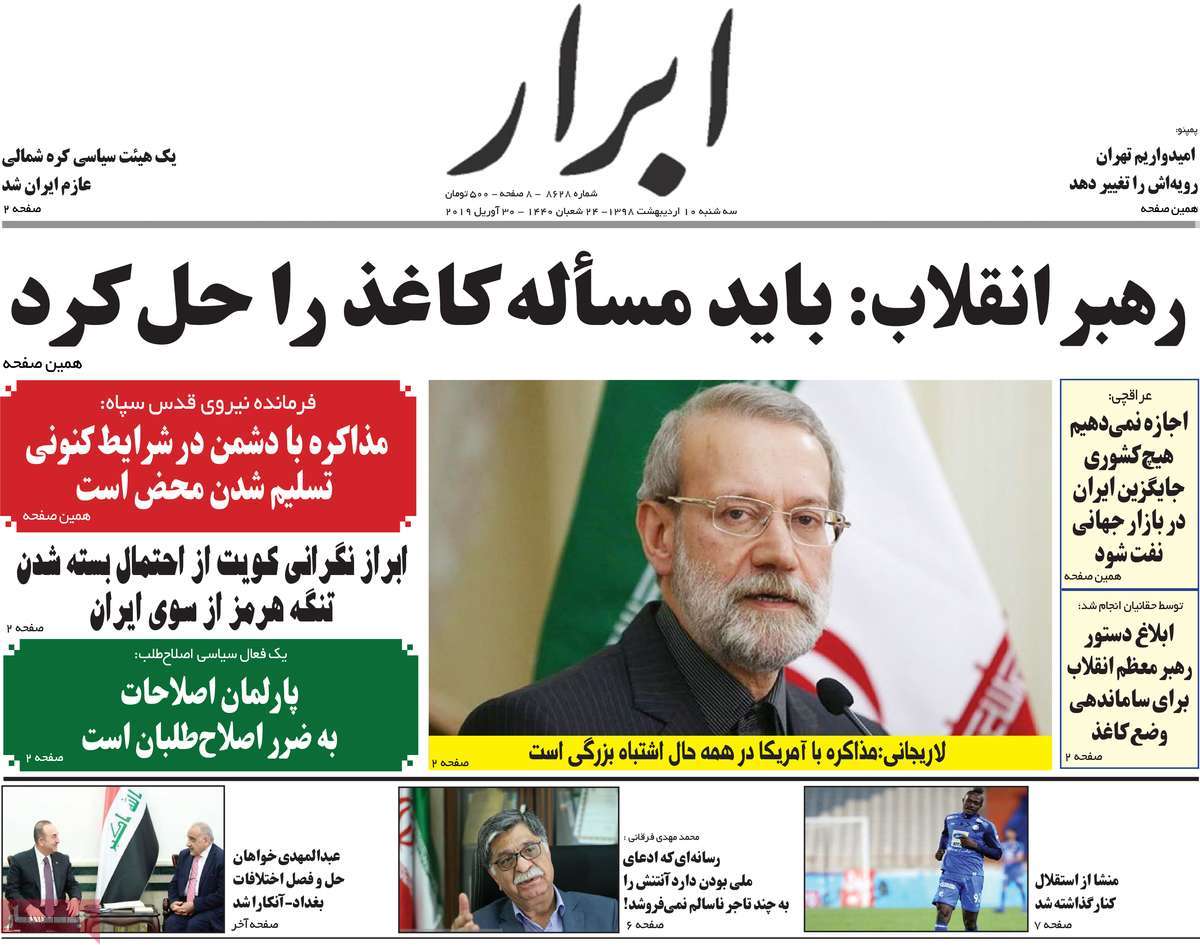 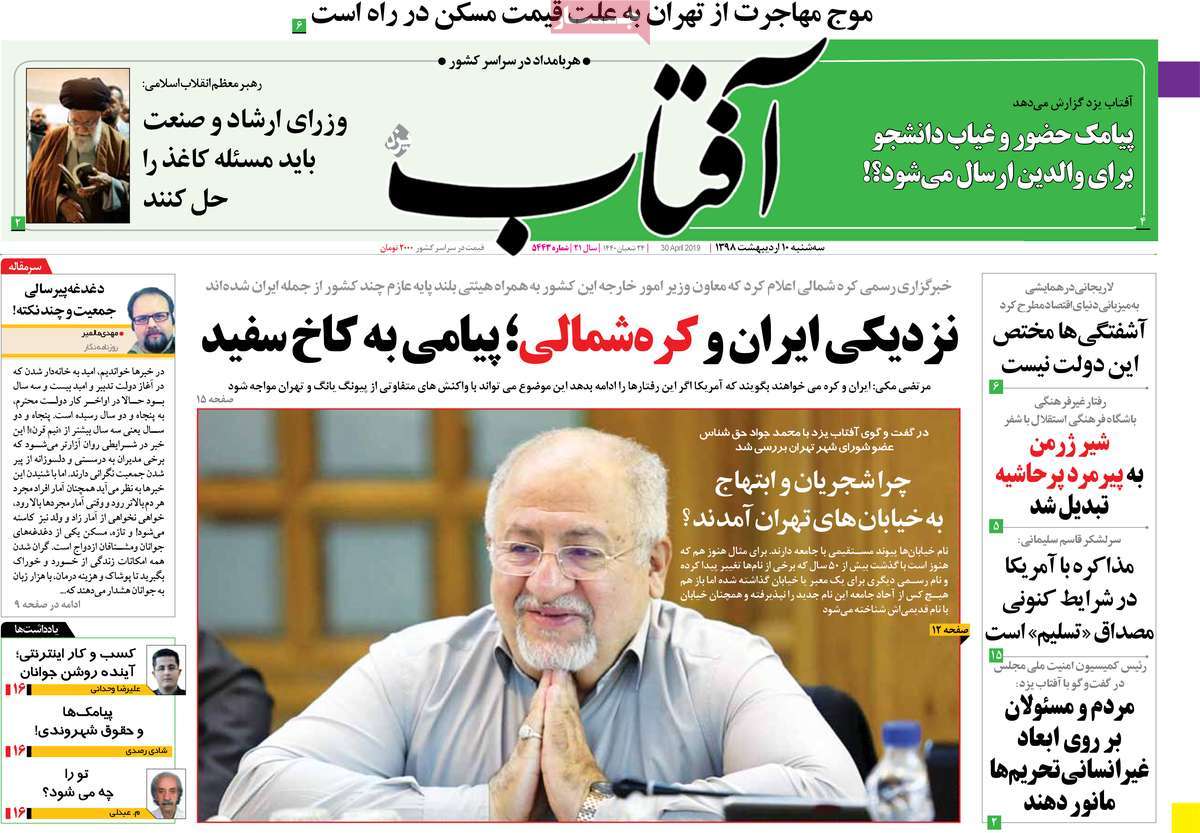 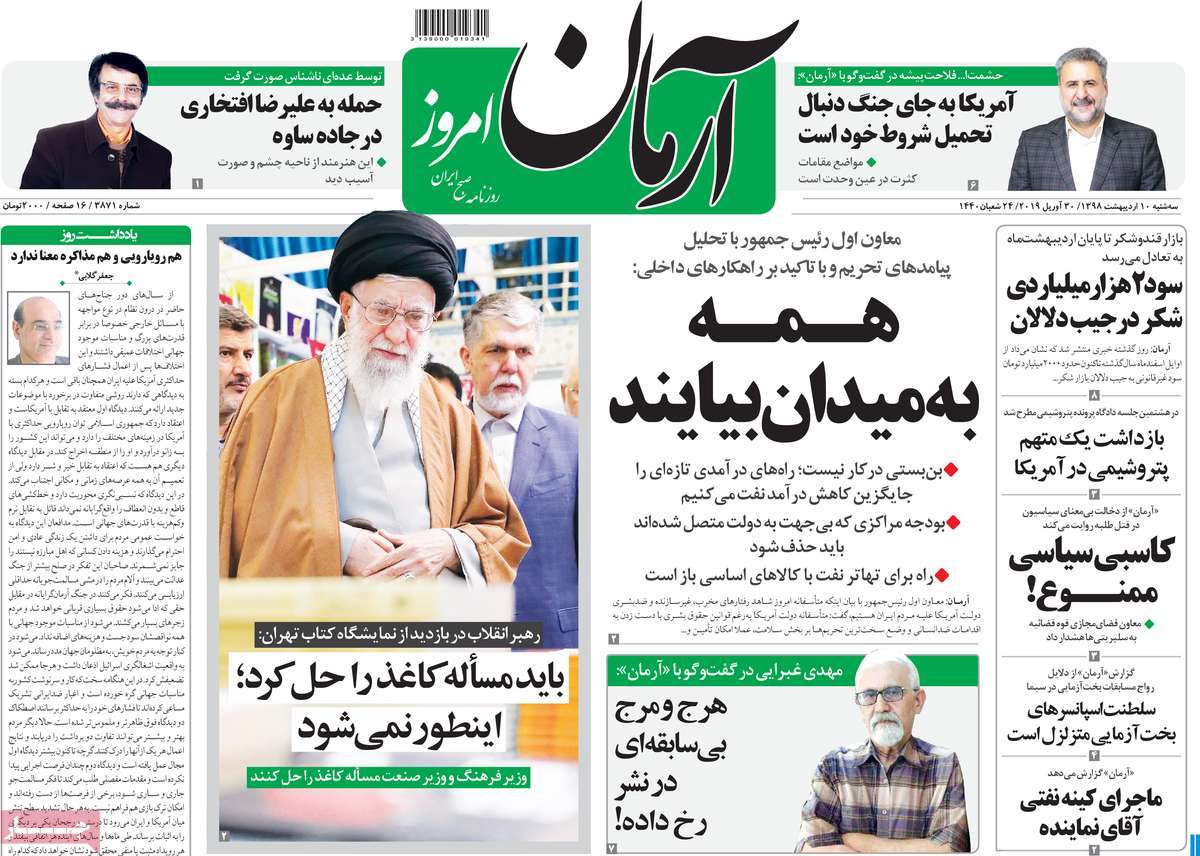 Besharat-e Now:
1- Parliament Speaker: Iran Open to Negotiation with Saudi Arabia
2- Closing Strait of Hormuz Imminent? Tensions to Escalate between Iran, US
3- Iran’s Oil Exports Not to Decrease to Less than 1m Barrels per Day 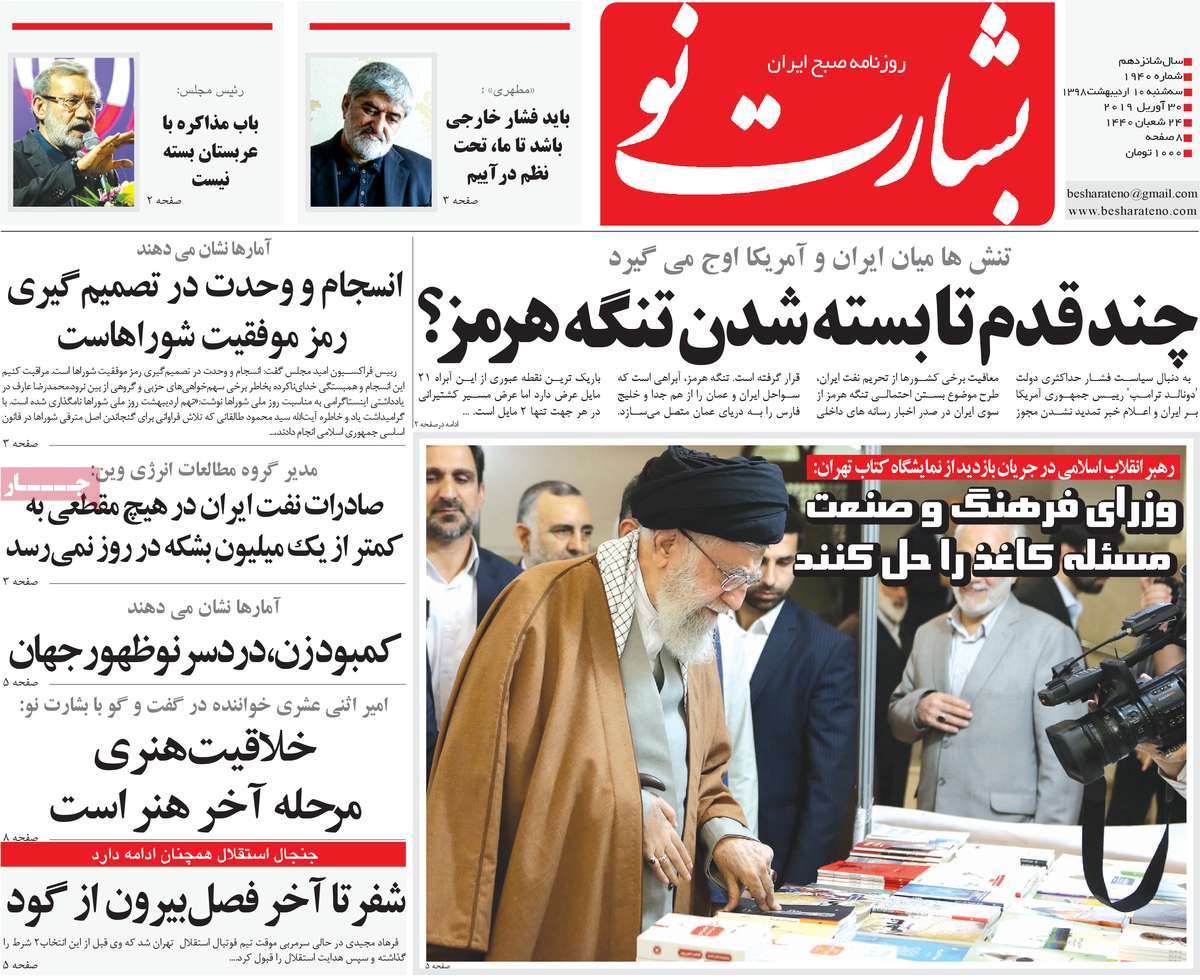 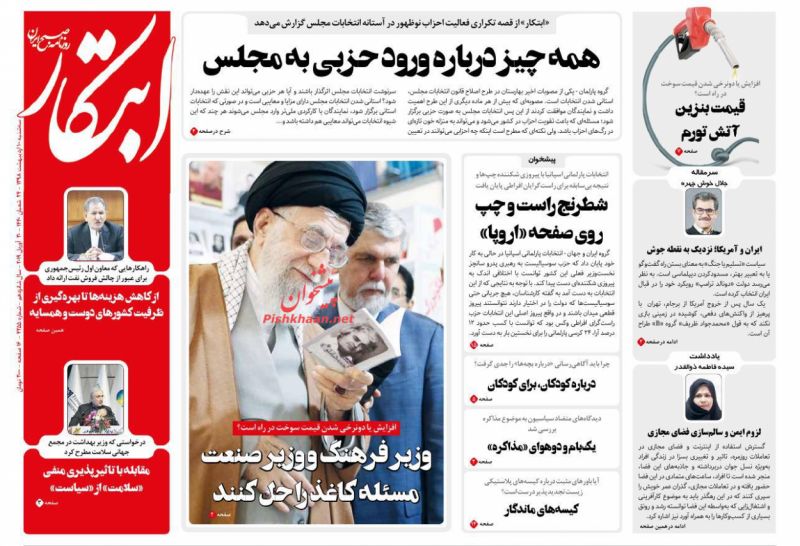 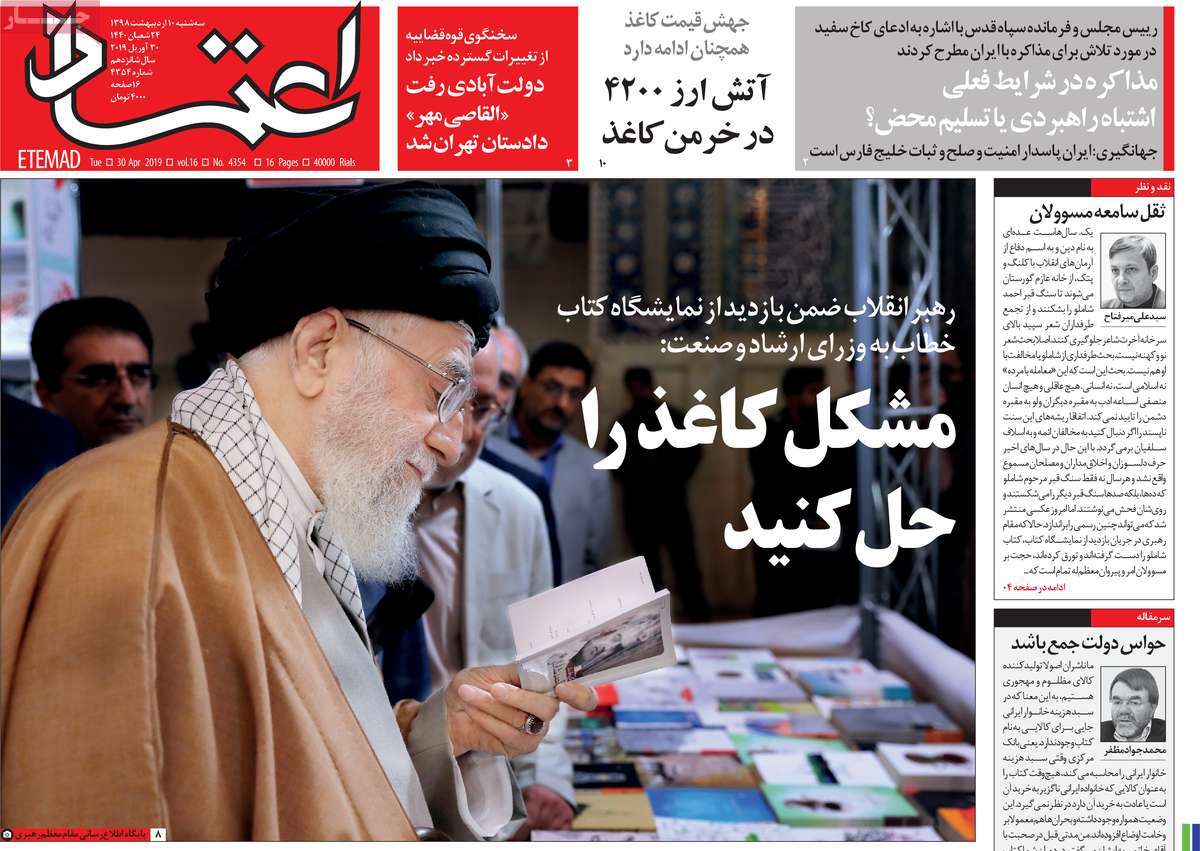 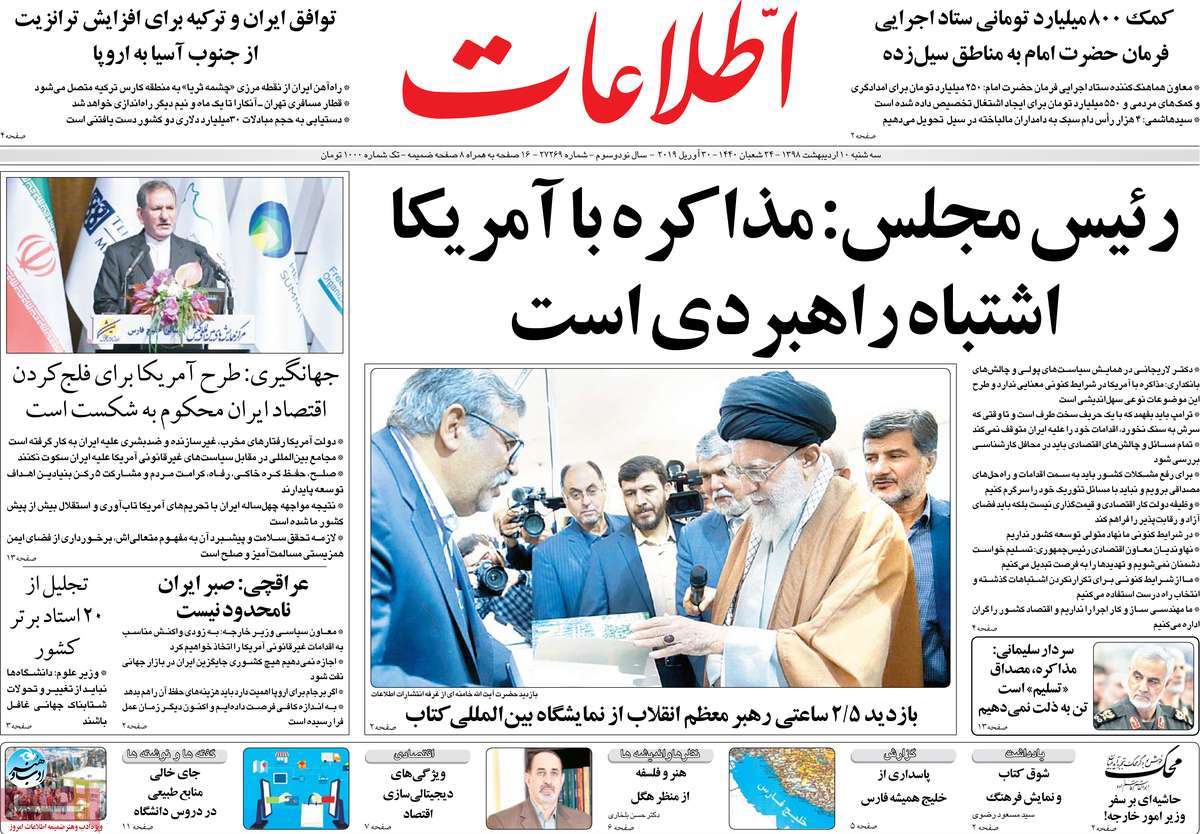 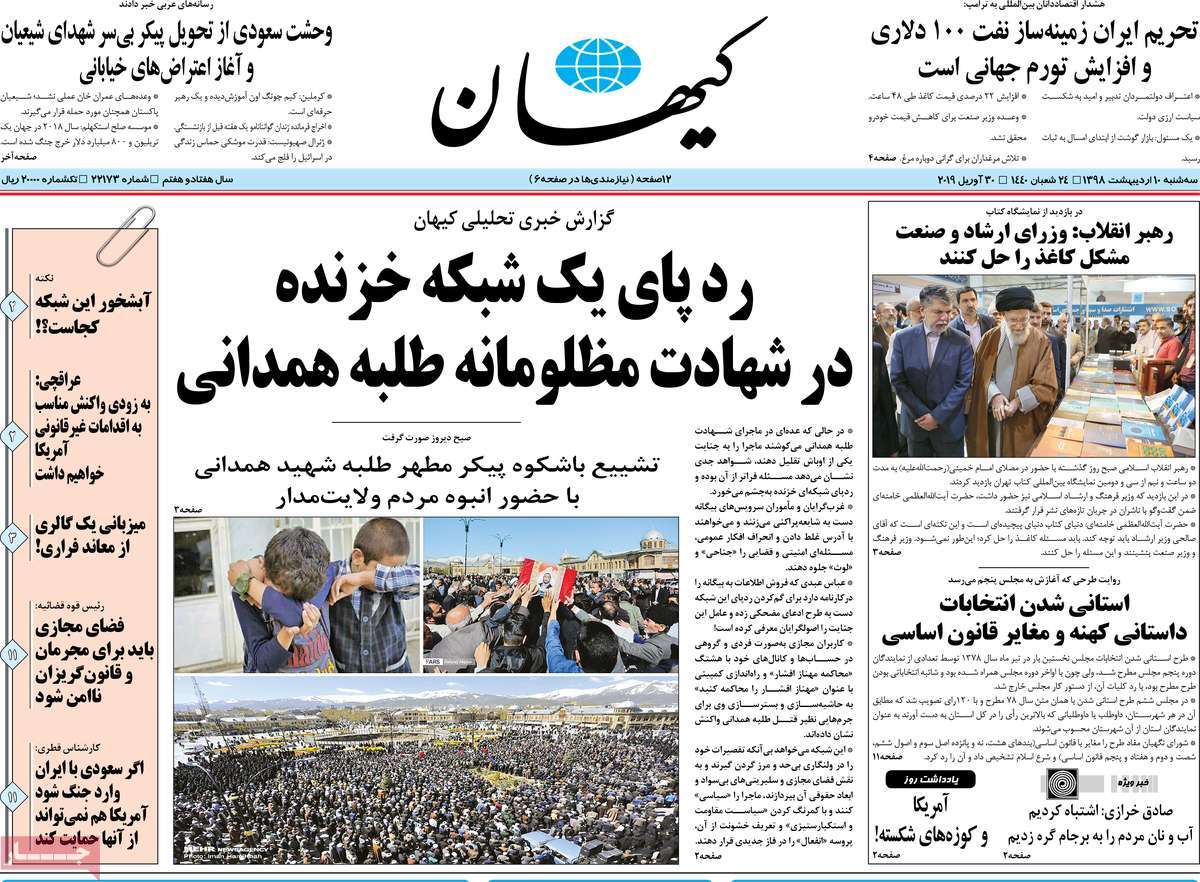 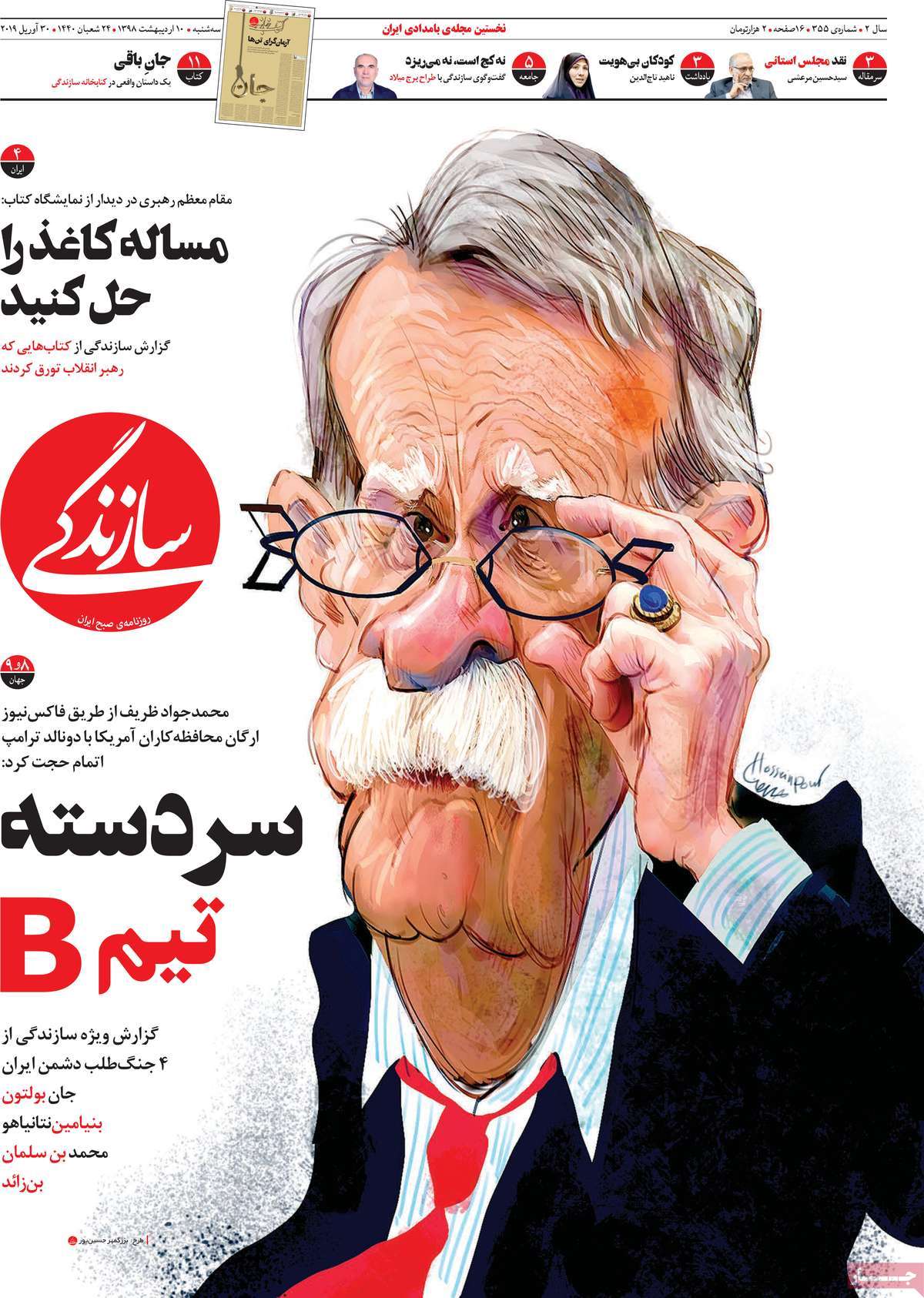 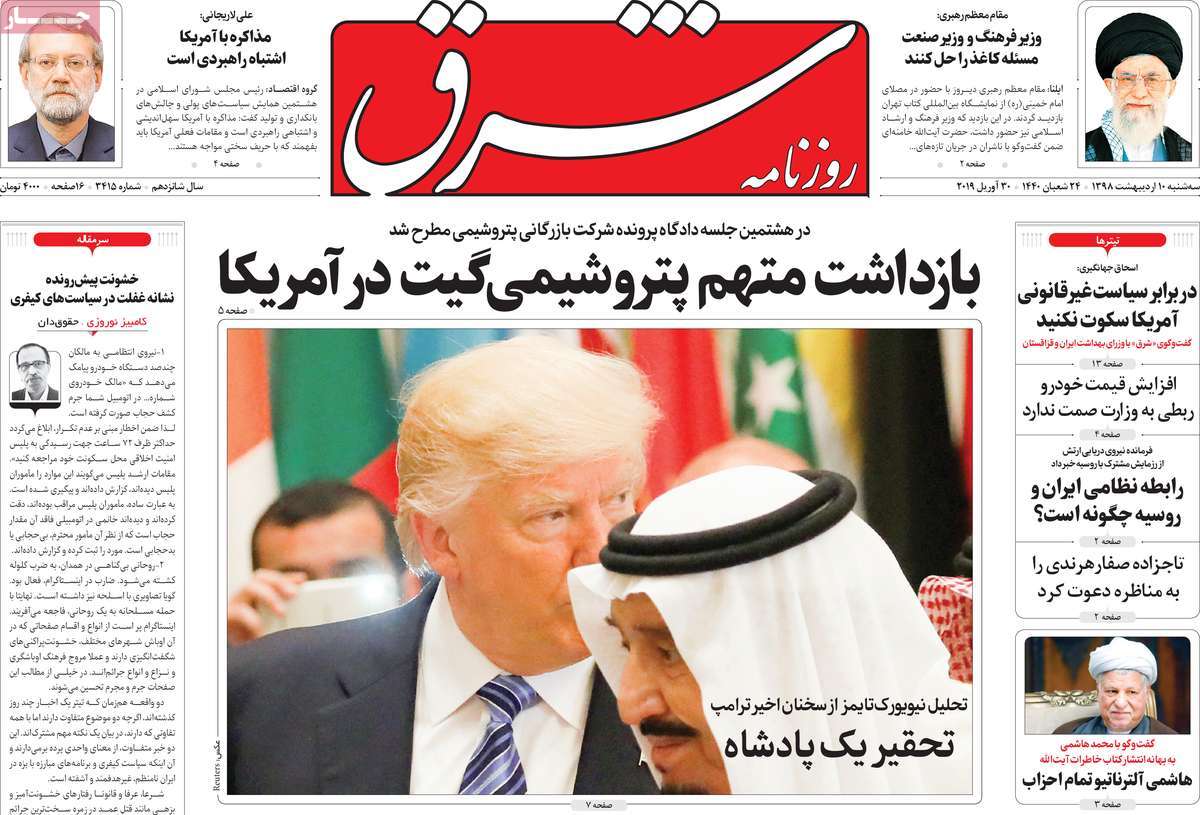