IFP has taken a look at the front pages of Iranian newspapers on Monday, April 29, 2019, and picked headlines from 13 of them. IFP has simply translated the headlines and does not vouch for their accuracy.

The majority of papers today covered the remarks made by the Leader of Iran’s Islamic Revolution Ayatollah Seyyed Ali Khamenei about the need for the police to make more serious efforts to ensure the security of the cyberspace and control arms sales in the country.
The rare interview Foreign Minister Mohammad Javad Zarif gave to Fox News, the favourite news channel of US President Donald Trump and his fans, remained a top story in all Iranian papers today.
The latest reactions to US President Donald Trump’s decision to stop issuing waivers for the import of Iran’s oil also received great coverage.
The above issues, as well as many more, are highlighted in the following headlines and top stories: 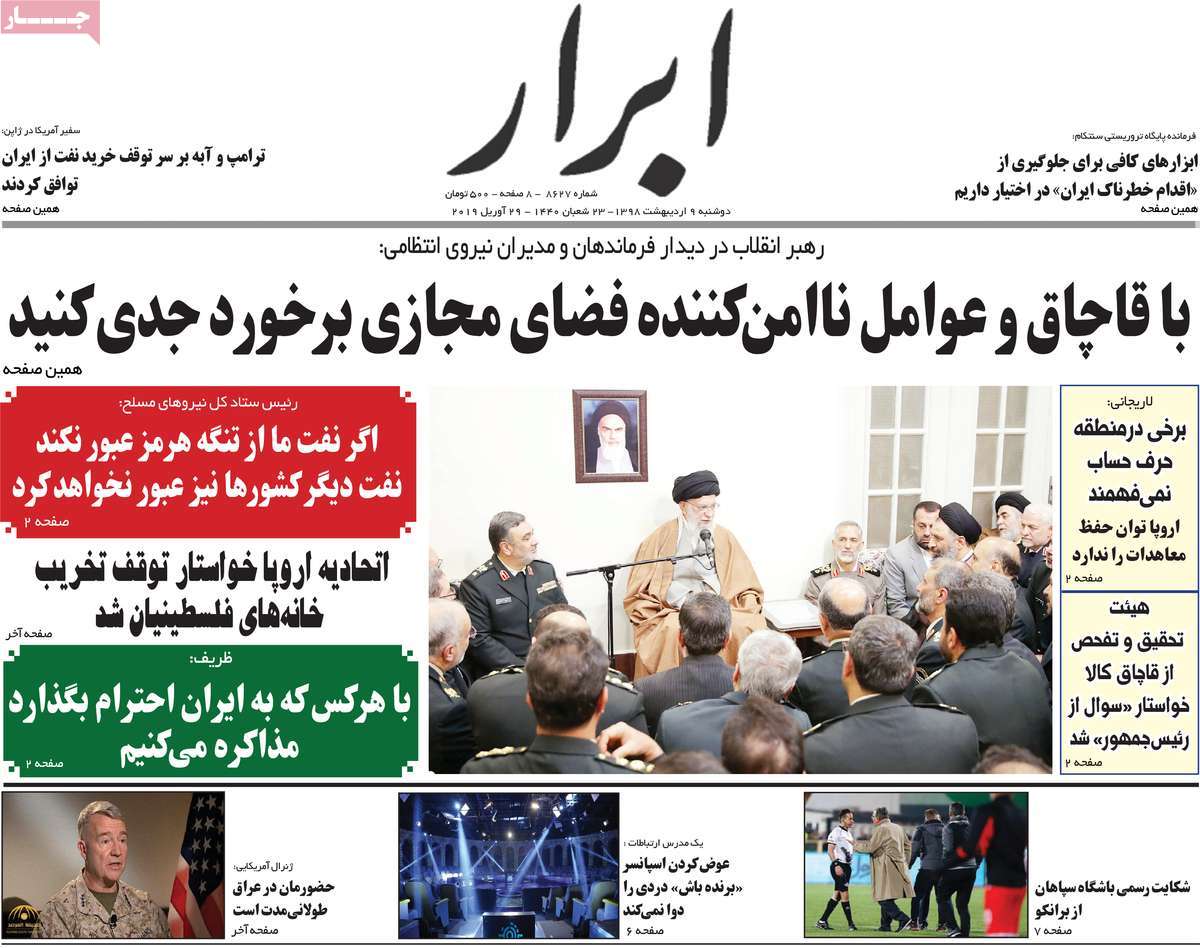 Aftab-e Yazd:
1- Iran Leader Urges Serious Action against Those Who Disrupt Cyber Security
2- Trump: Getting Money from Saudis Easier than Collecting Rent from Tenant
3- Iran’s Top General: We’re Not after Closing Strait of Hormuz for Now 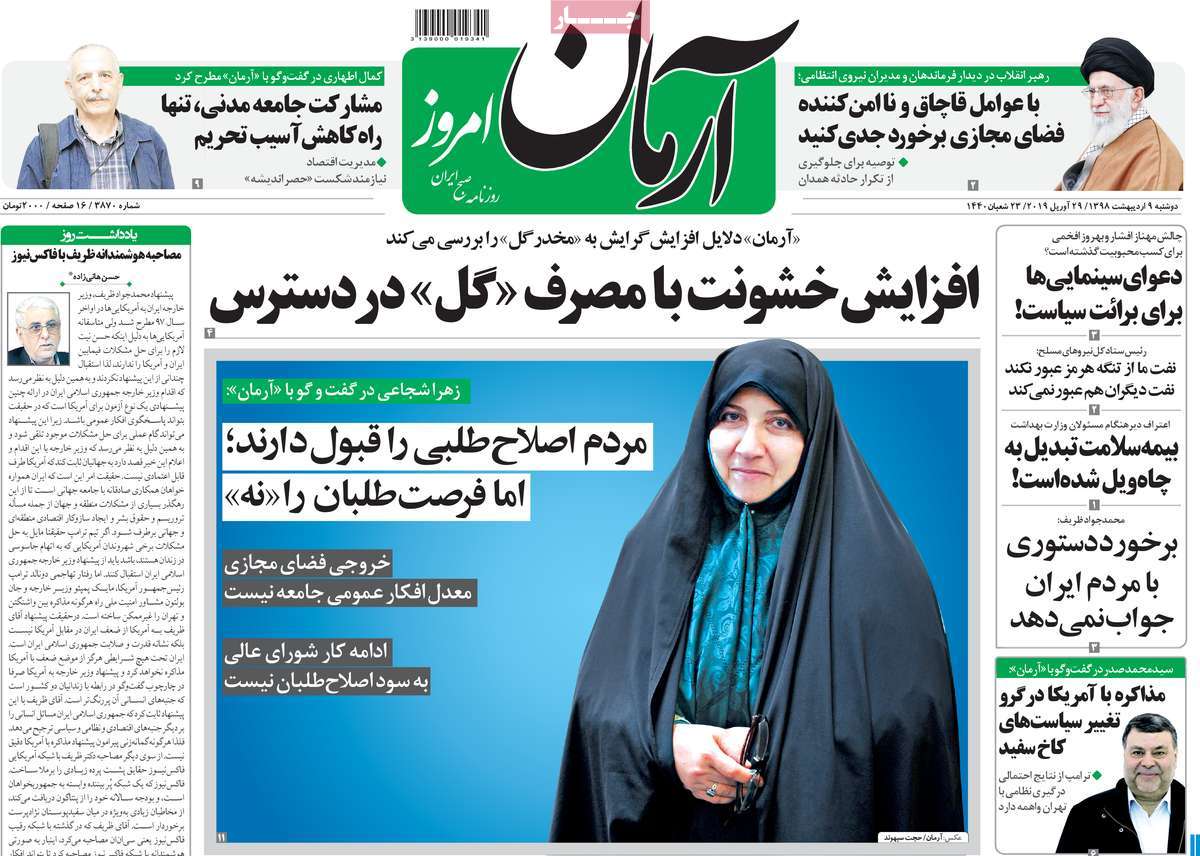 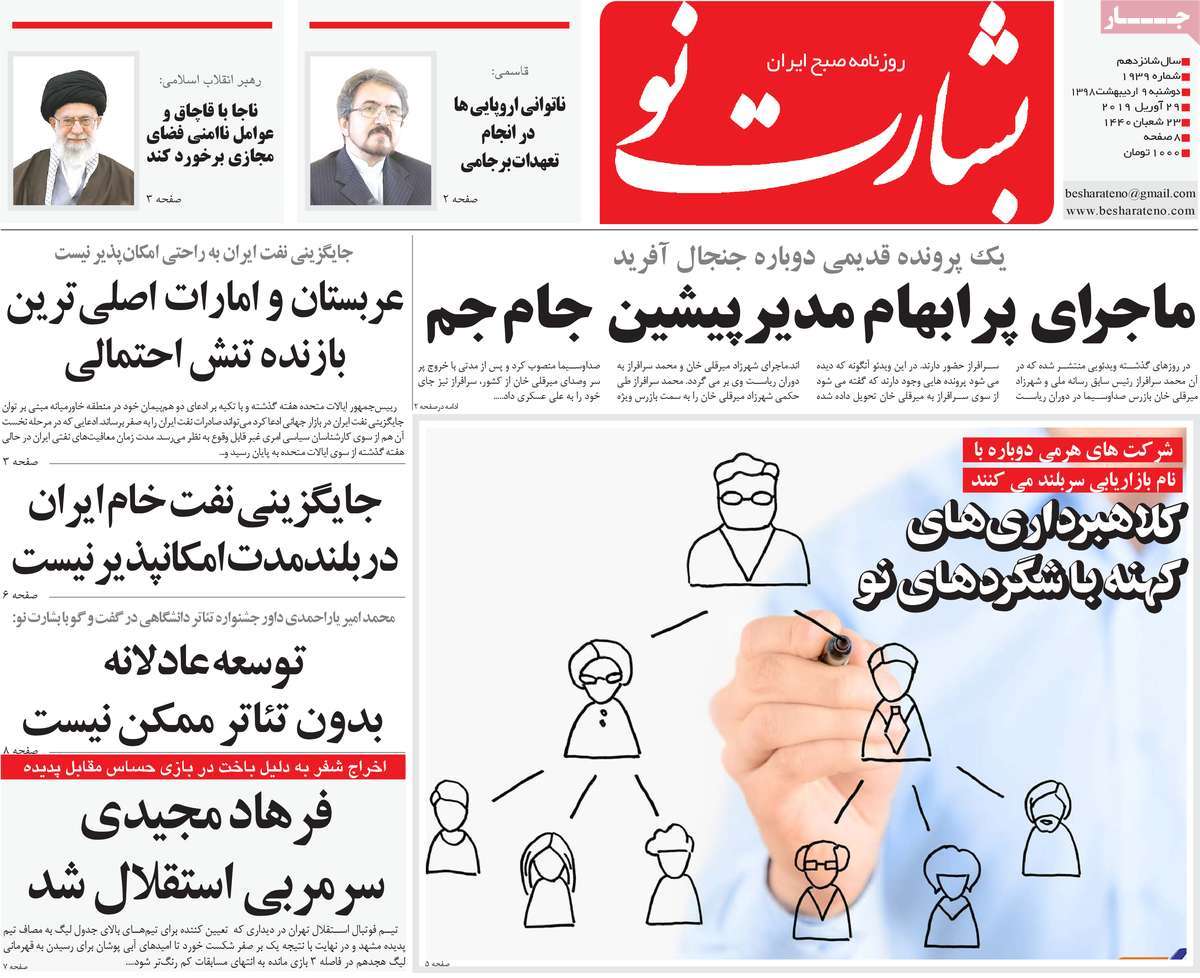 Ebtekar:
1- Interview Diplomacy: A Review of Zarif’s Use of Mass Media at Int’l Level Etemad:
1- Putin Expresses Hope Iran Will Continue Oil Exports
* Washington’s Efforts to Sanctions Iran Won’t Yield Result
2- Warning to US’ Allies in Region
* Iran Won’t Close Strait of Hormuz Only If Its Own Oil Be Exported Through It: Top General 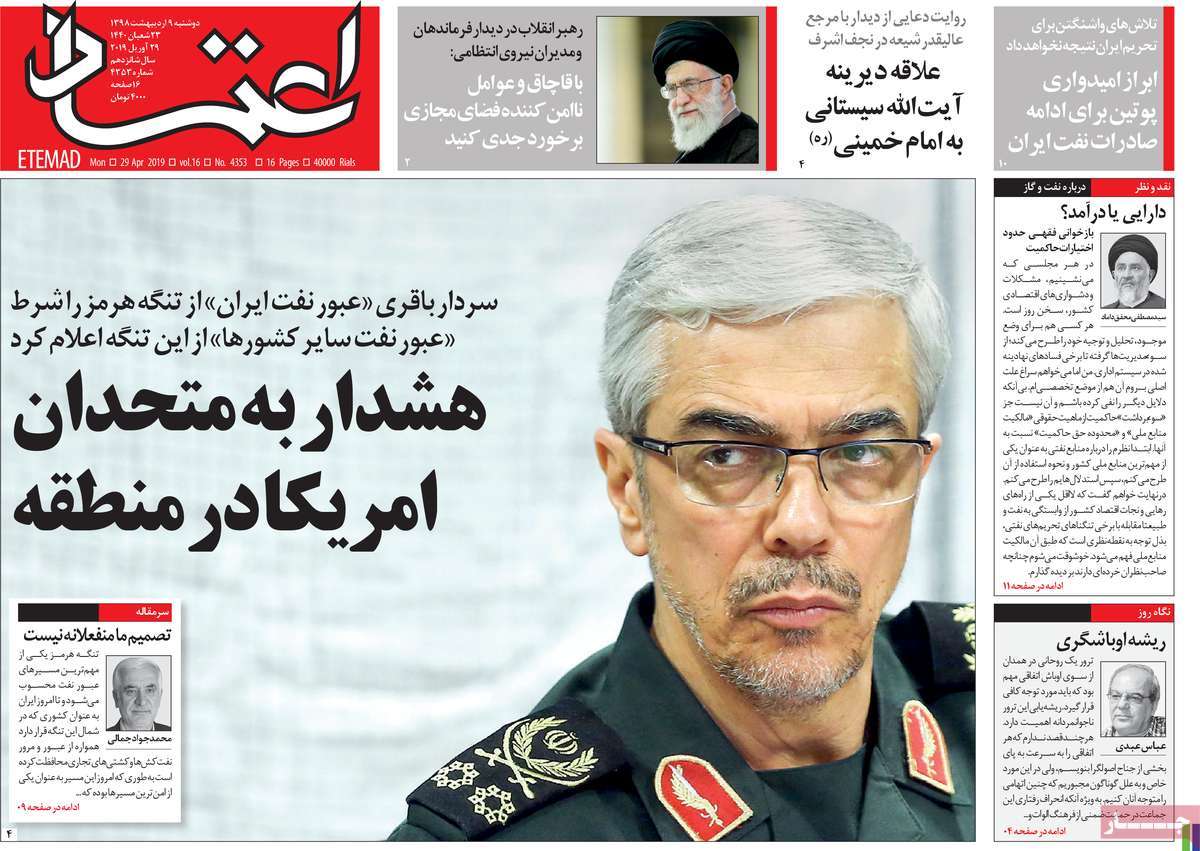 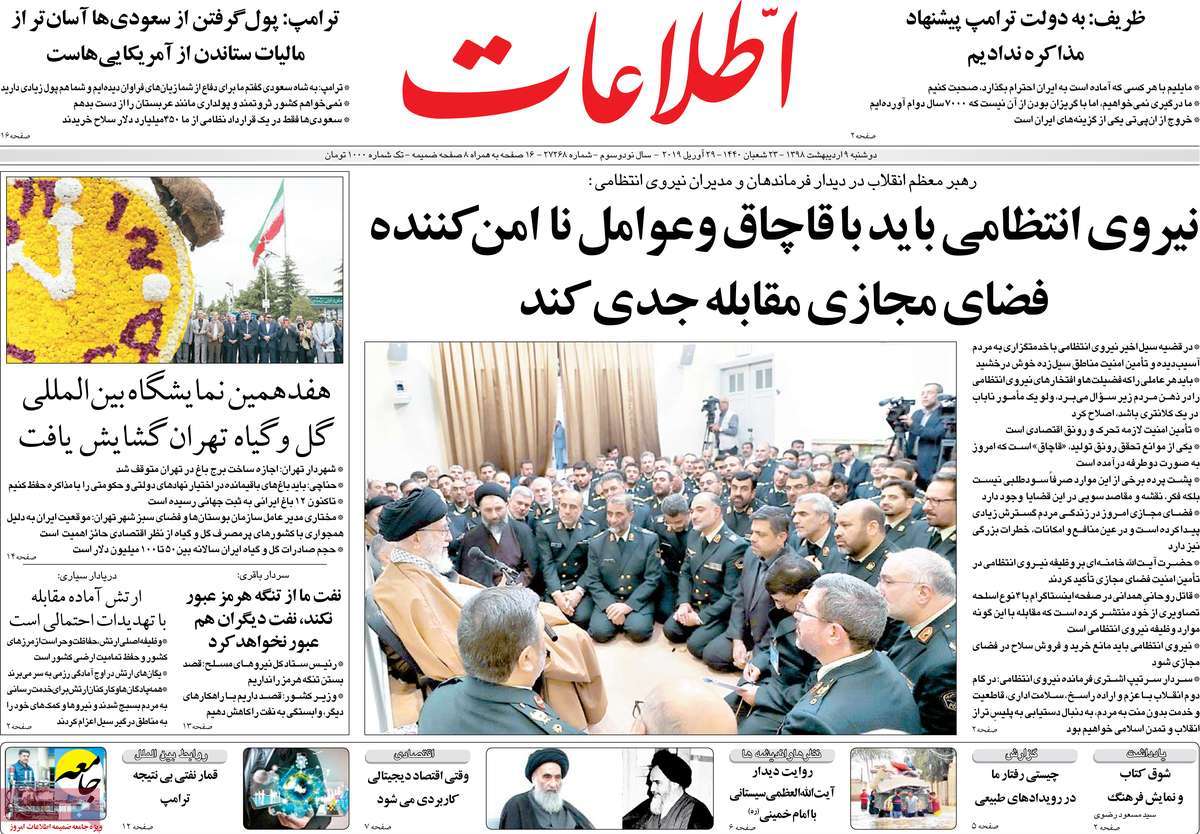 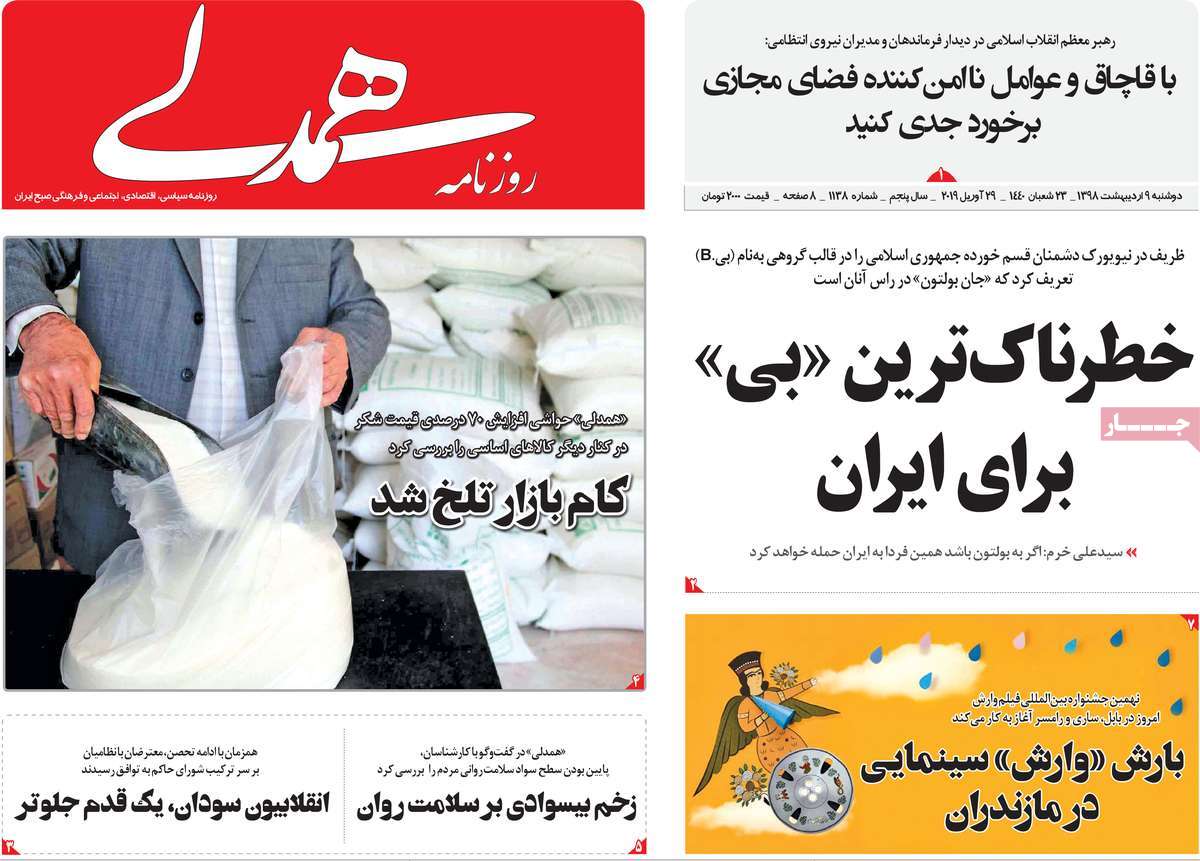 Javan:
1- Zarif: Engagement with US Had No Dividends for Iran
2- Saudi Arabia Silent Because of Its Weakness
* Saudis Taking Cautious Stance on Filling Iran’s Vacancy in Oil Market 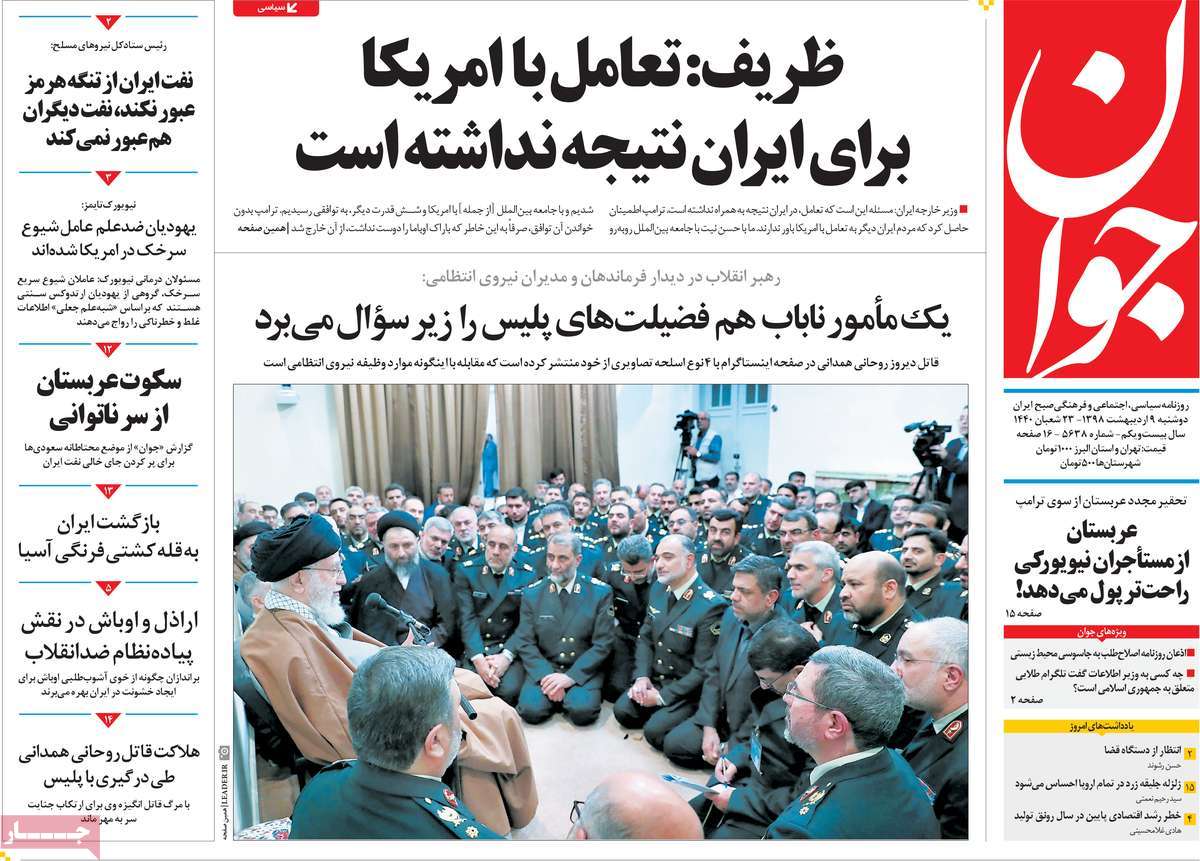 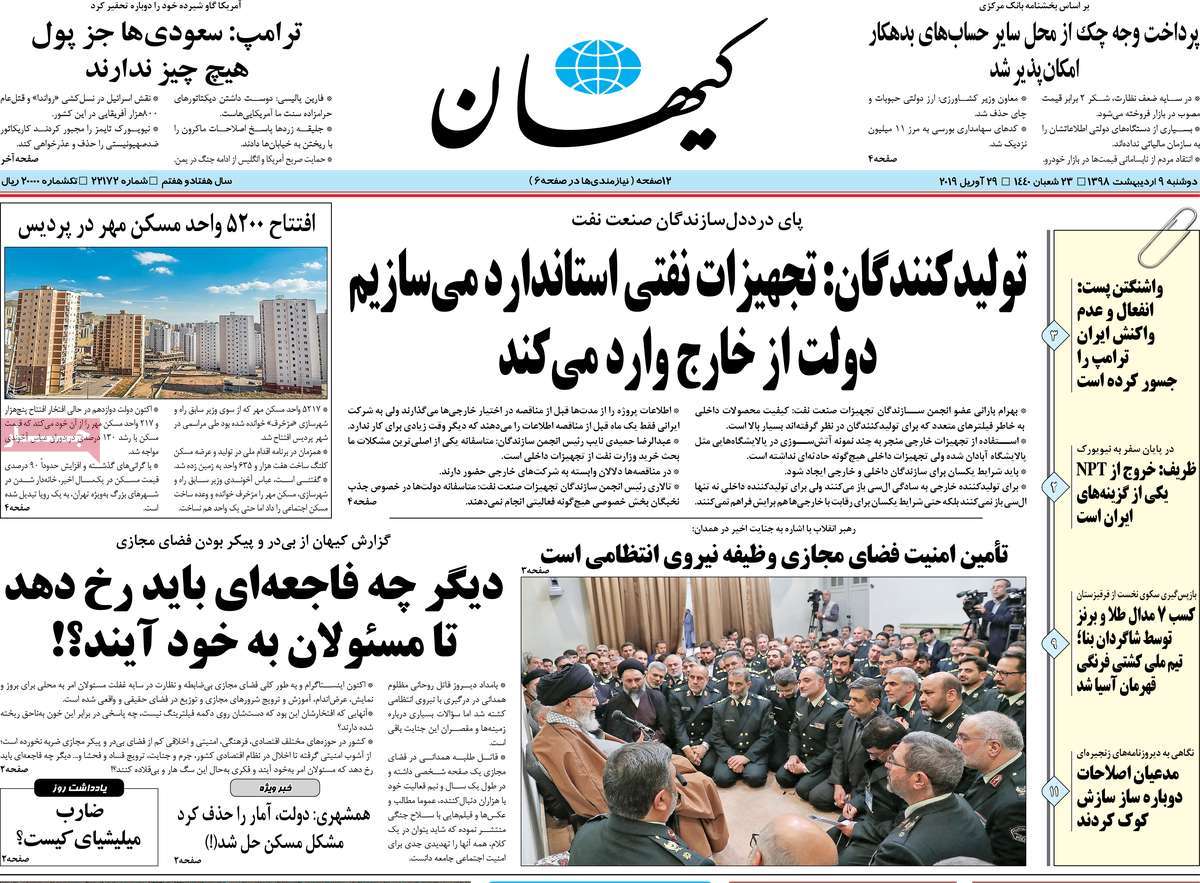 Sazandegi:
1- Beheading in 21st Century: Why Did Bin Salman Behead 37 Citizens? Why Did World Remain Silent? 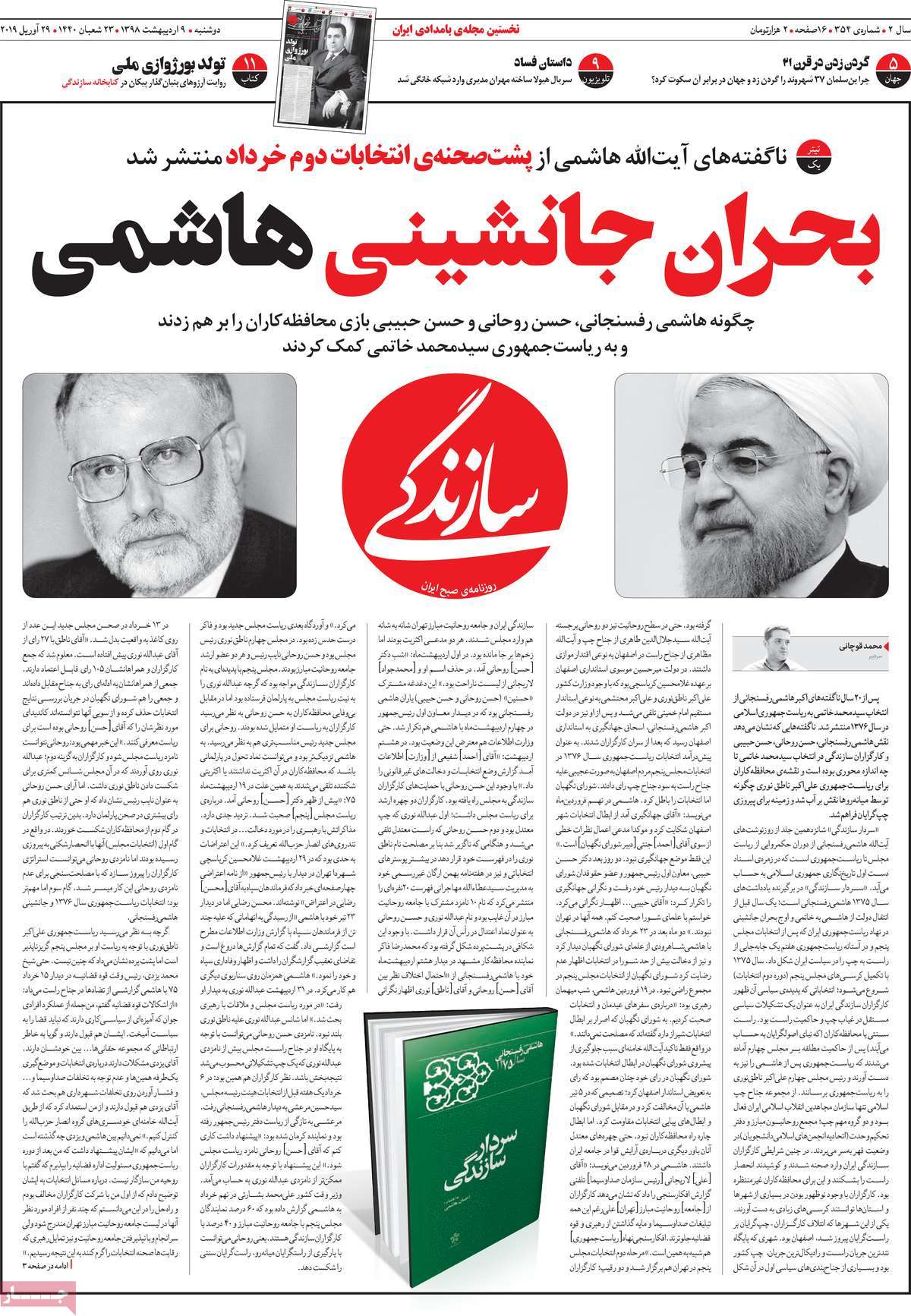 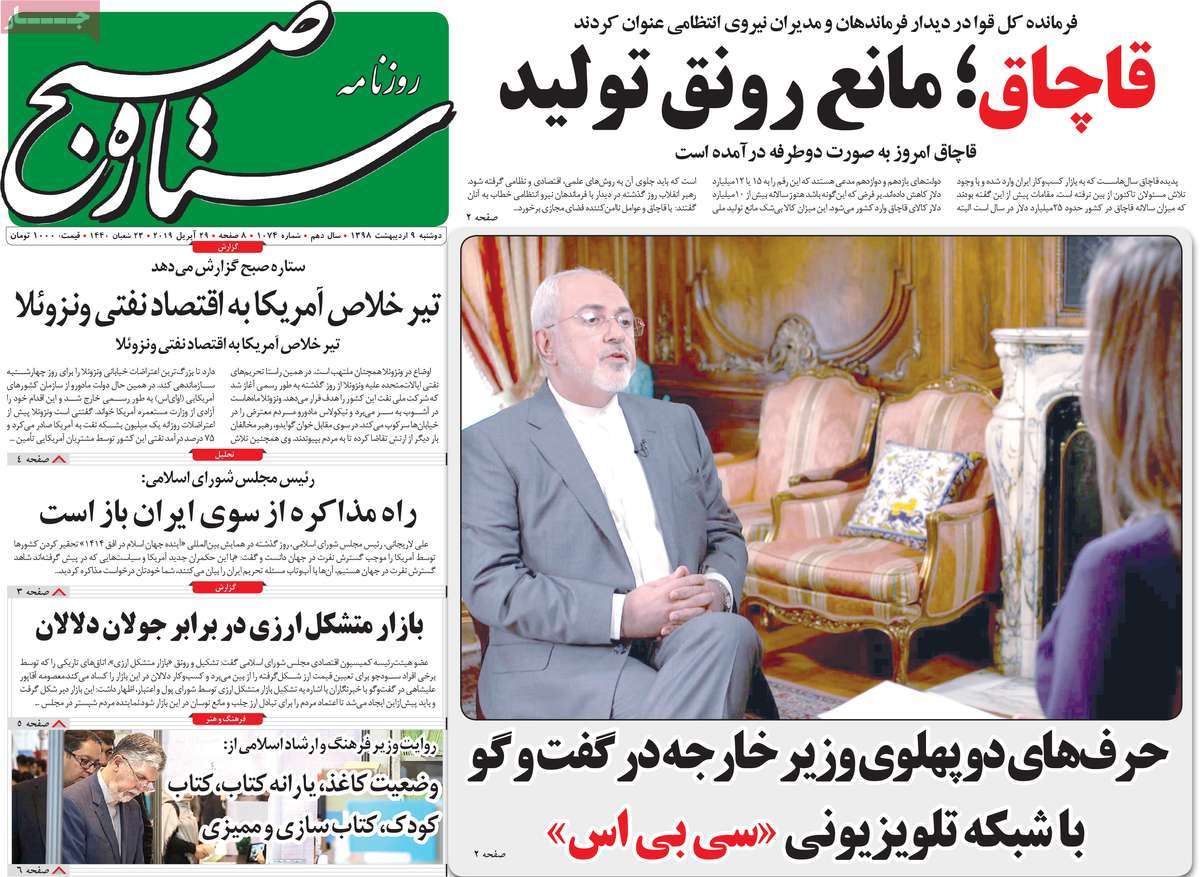 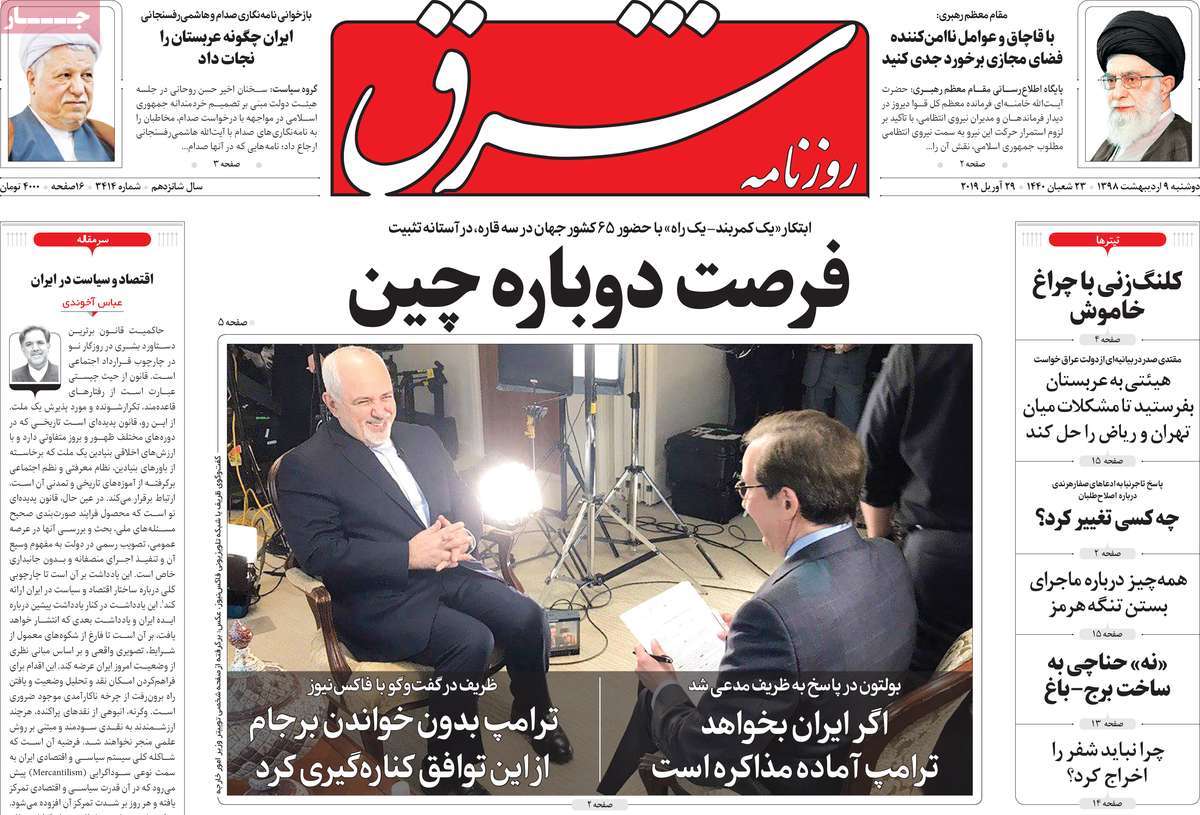