A Look at Iranian Newspaper Front Pages on April 28

IFP has taken a look at the front pages of Iranian newspapers on Sunday, April 28, 2019, and picked headlines from 12 of them. IFP has simply translated the headlines and does not vouch for their accuracy.

The top story in all Iranian papers today was the rare interview Foreign Minister Mohammad Javad Zarif gave to Fox News, the favourite news channel of US President Donald Trump and his fans.

Also a top story was the repercussions of the US’ decision to stop issuing oil waivers for the customers of Iran’s crude oil.

1- Experts: Europe to Cooperate with US in Exerting Maximum Pressure against Iran

4- Putin: We’re Not Going to Increase Oil Output for Now 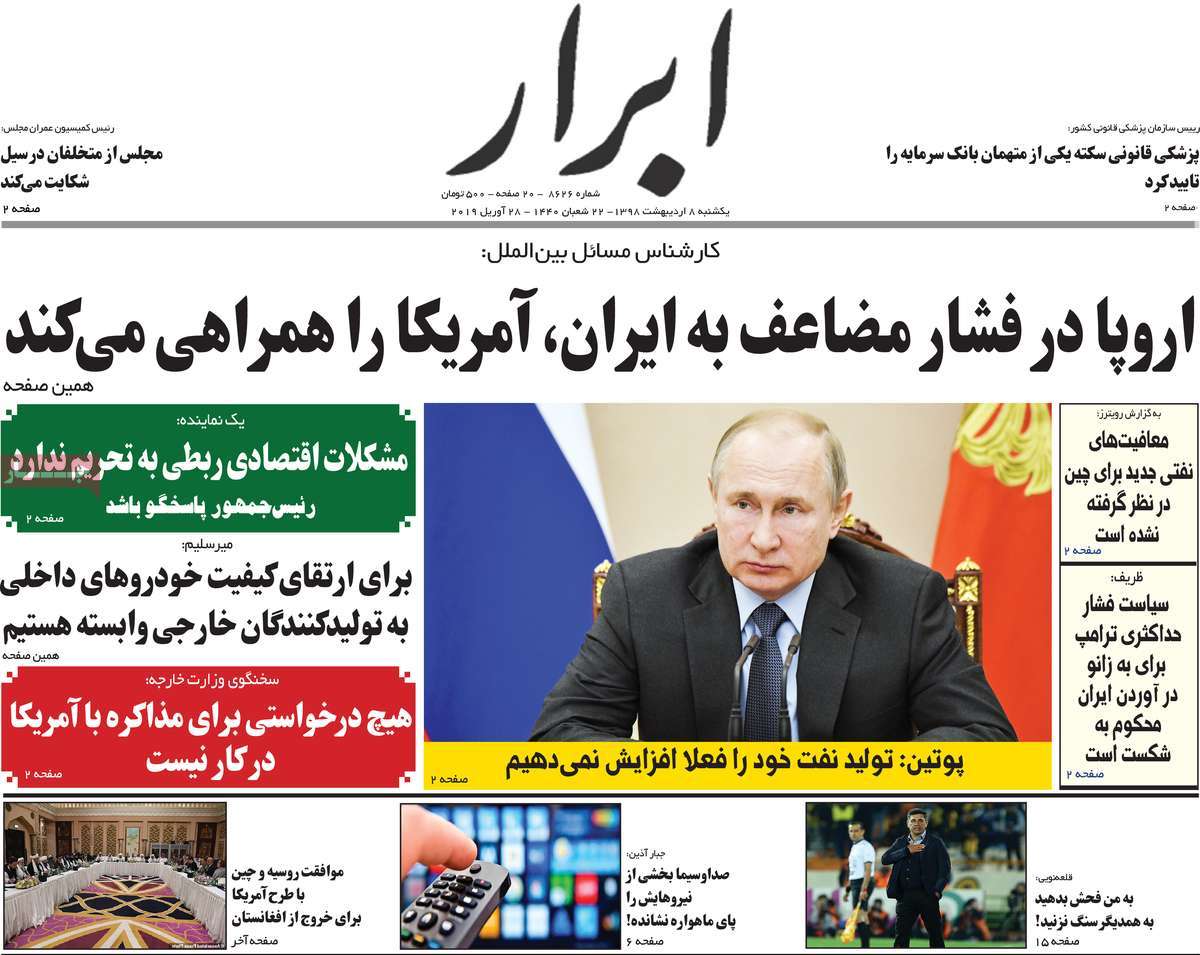 3- On FATF, We Should Make Less Evil Choice 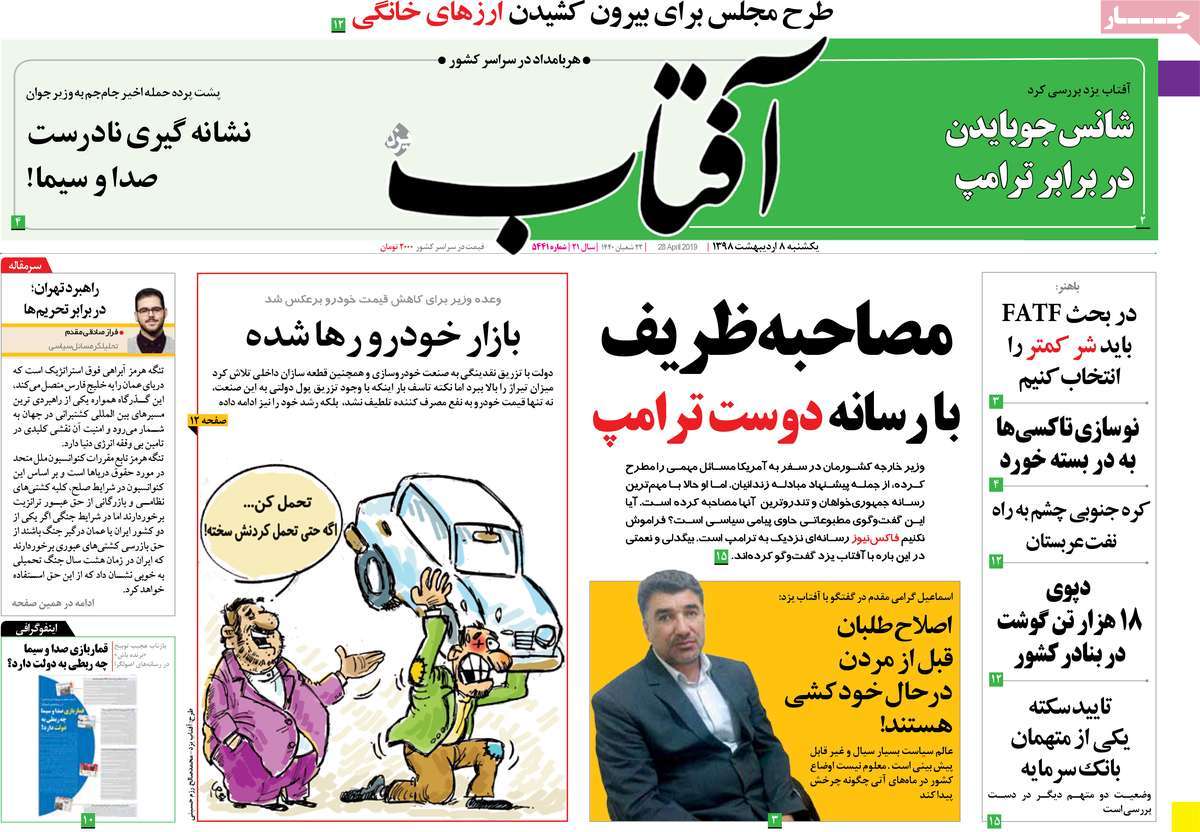 2- Iran’s Reaction to US Show: We’ve Made No Request for Talks with US 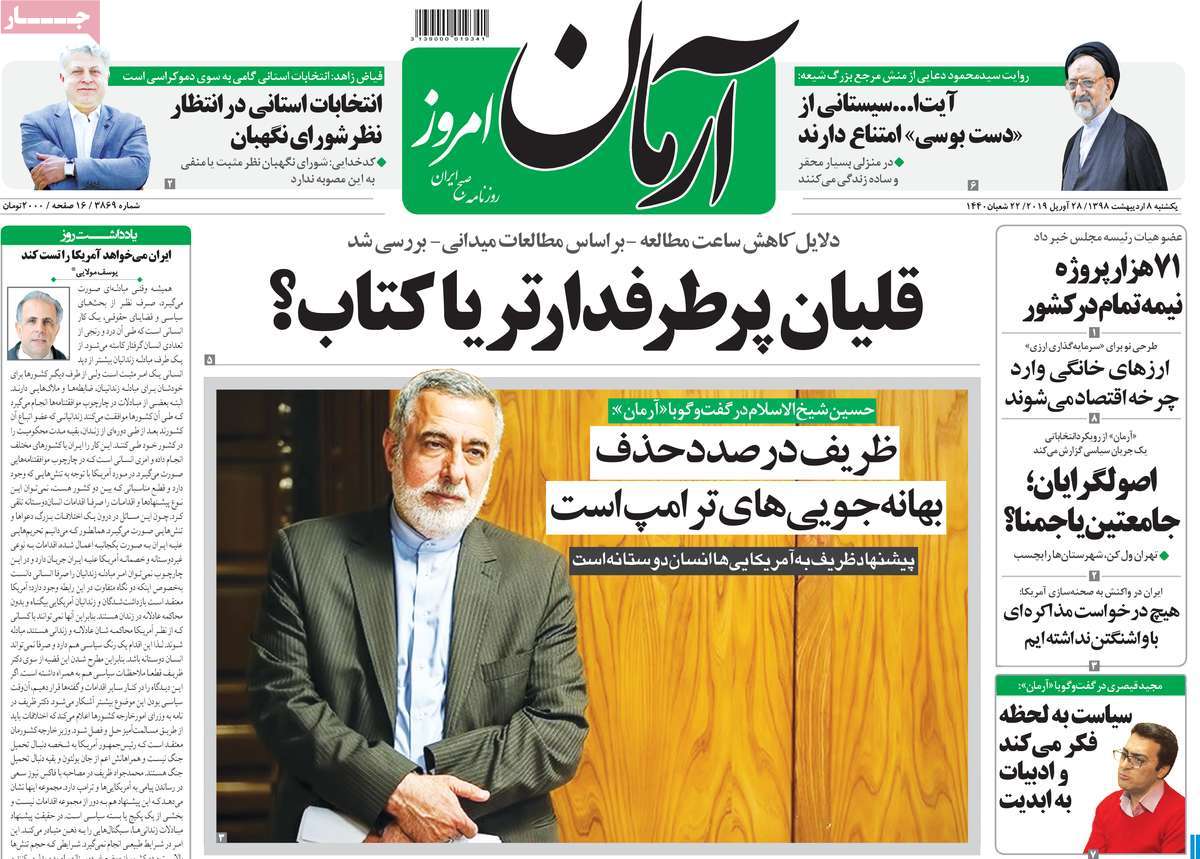 1- EU Spokesperson: For Sanctions Removal, We’re Committed to Our Pledges 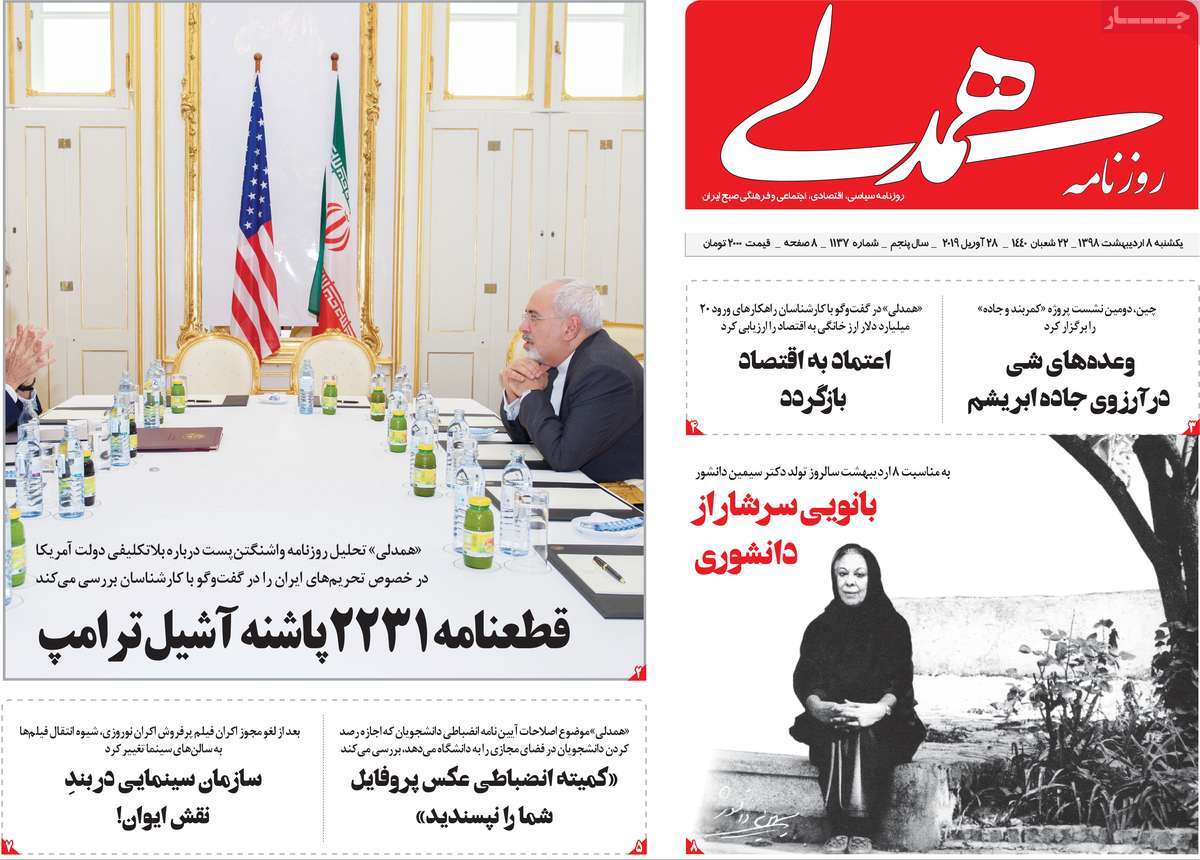 3- Iran’s Oil Clients Not to Back Off: Experts * Closing Strait of Hormuz as Dangerous as Nuclear Bomb 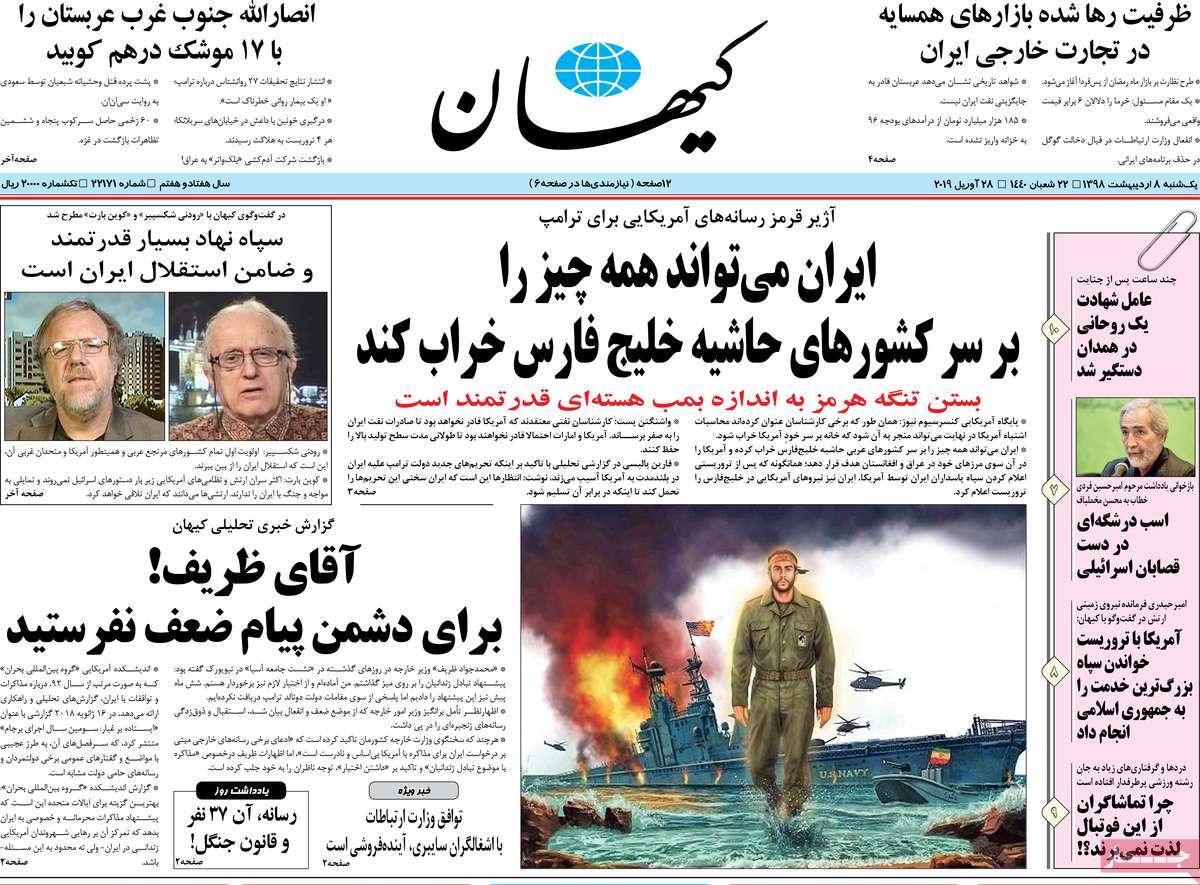 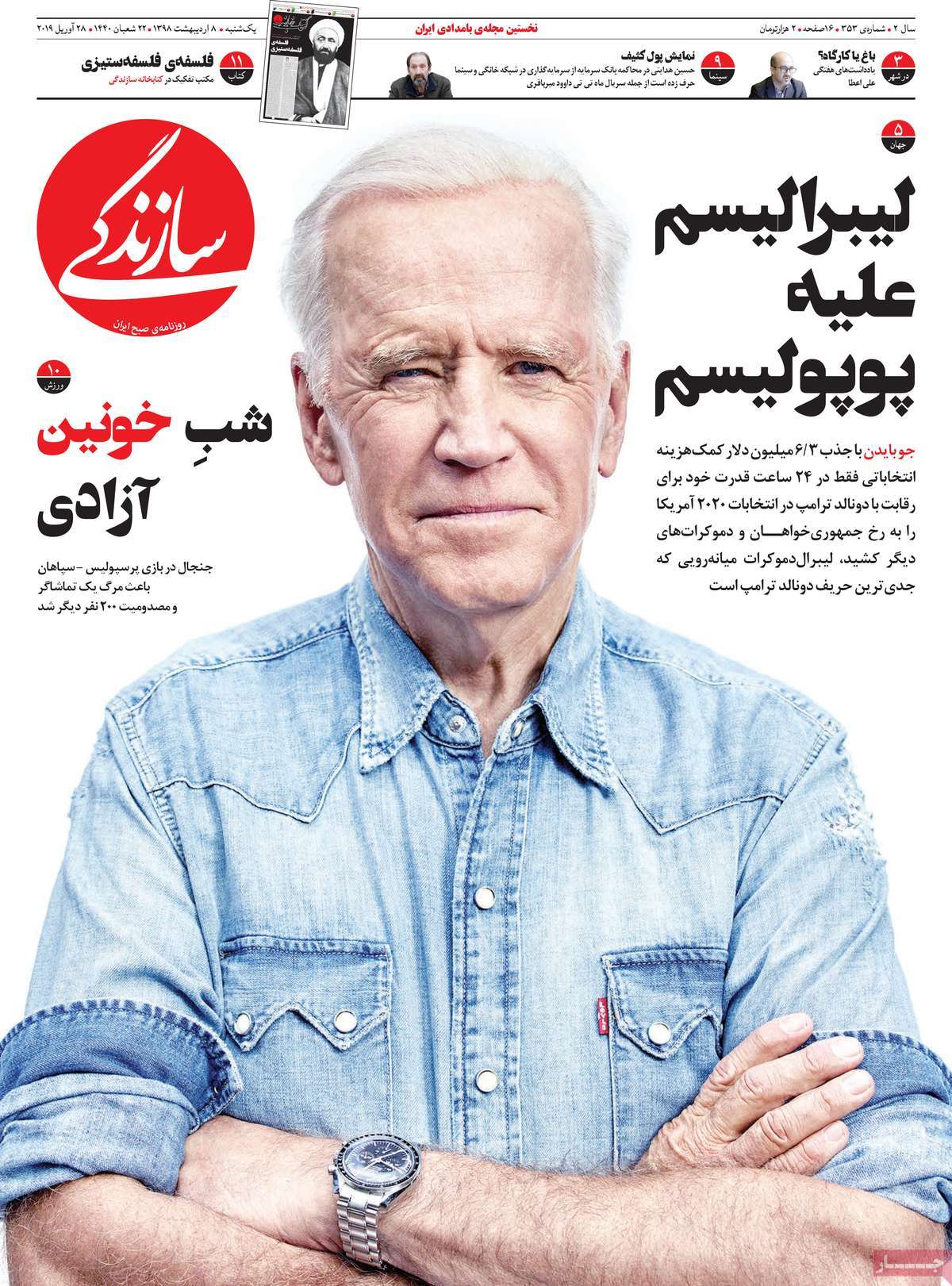 * Zarif: Trump Not after War with Iran, but His Fans Are 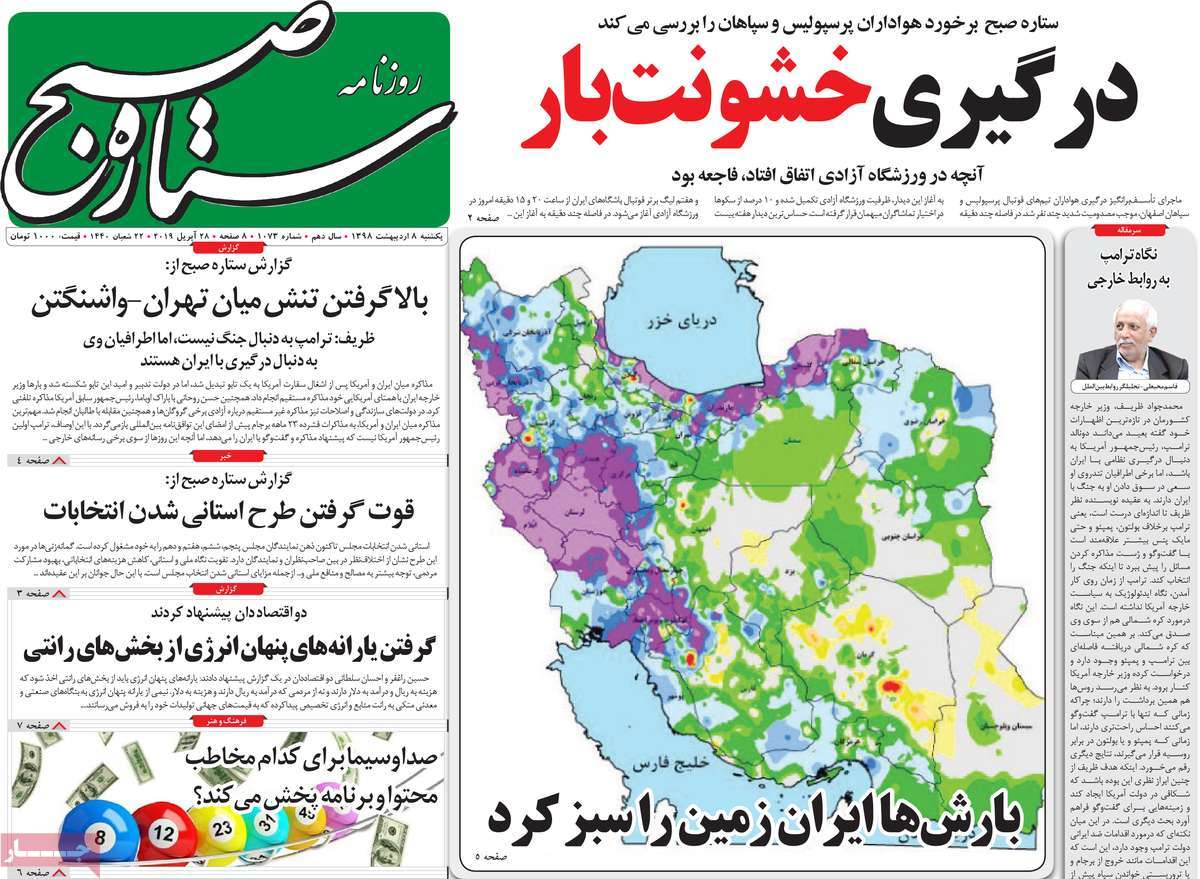 1- Trump Not after War with Iran: Zarif to Fox News

2- Foreign Ministry: Iran Hasn’t Asked for Meeting with US 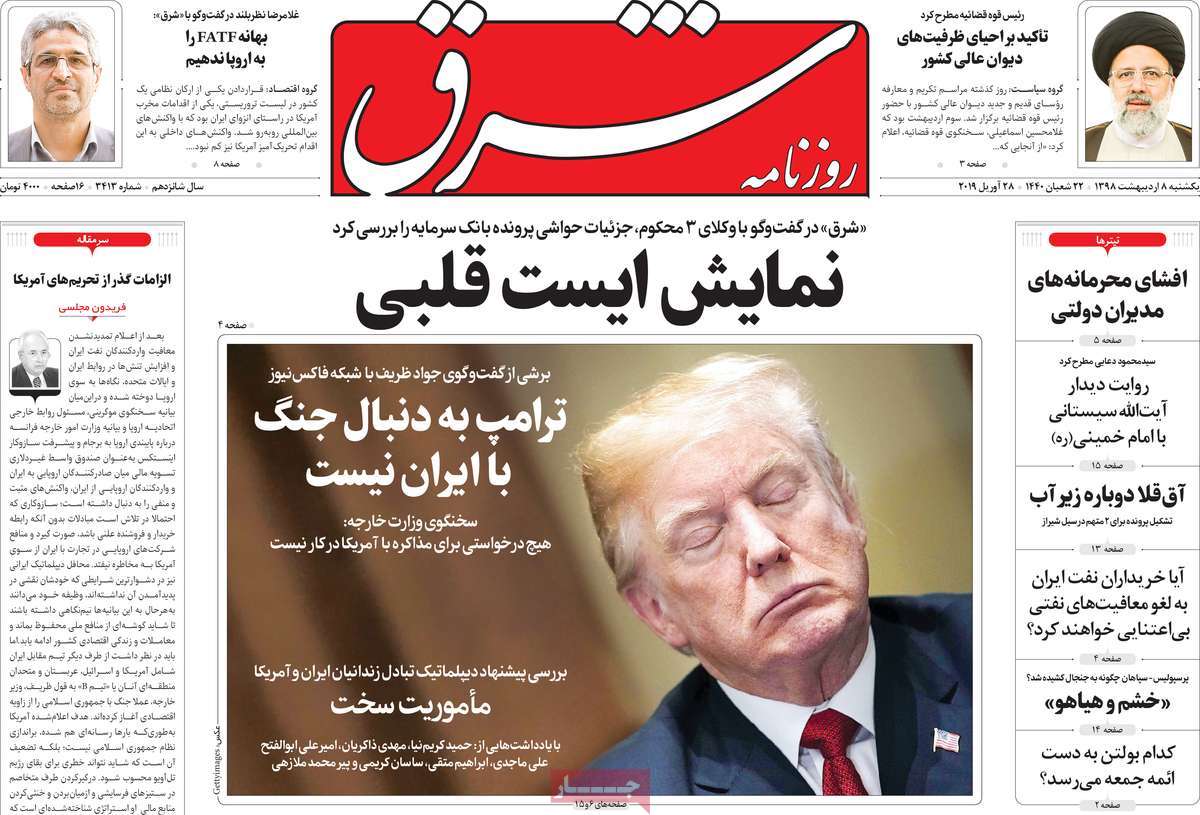 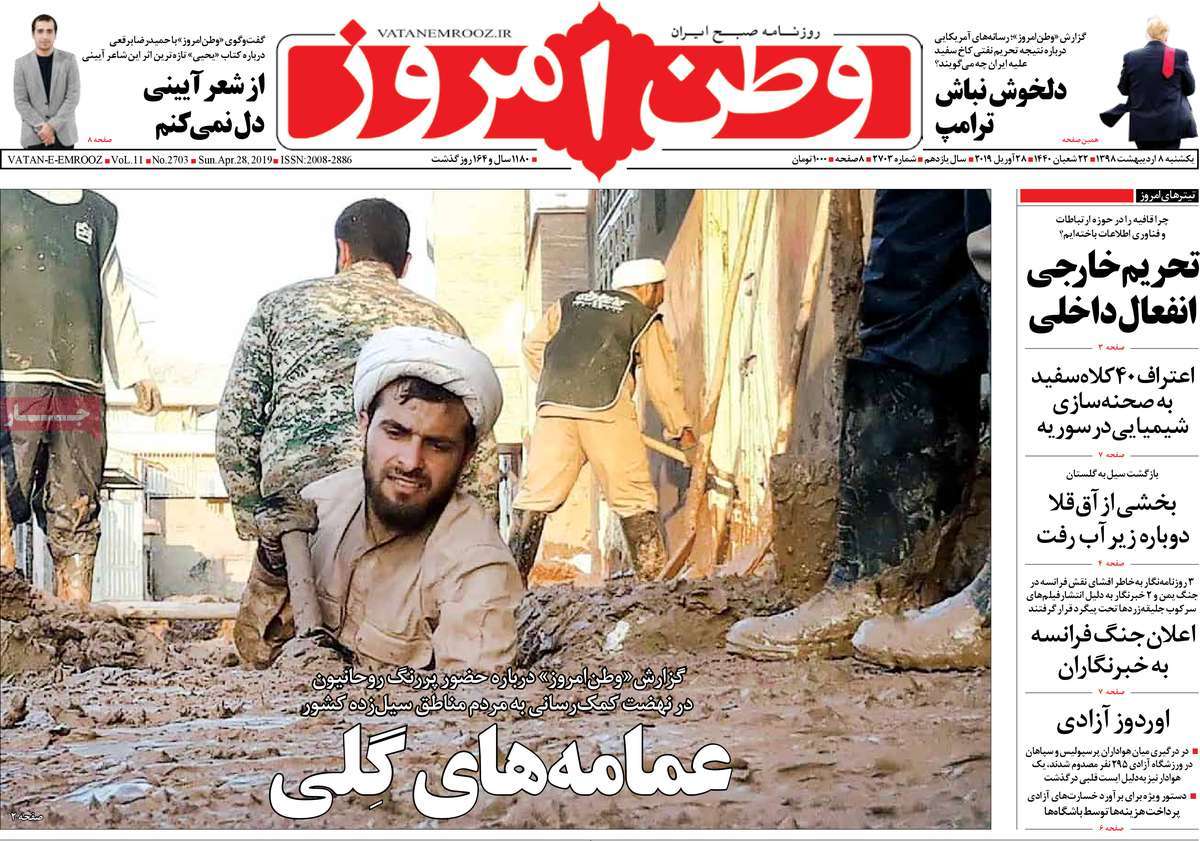