A Look at Iranian Newspaper Front Pages on April 25

IFP has taken a look at the front pages of Iranian newspapers on Thursday, April 25, 2019, and picked headlines from 11 of them. IFP has simply translated the headlines and does not vouch for their accuracy.

The top story in all newspapers today was the remarks made by the Leader of Iran’s Islamic Revolution Ayatollah Seyyed Ali Khamenei about the US’ sanctions on Iran’s oil exports.

Several papers also covered the comments made by Iranian Foreign Minister Mohammad Javad Zarif during his visit to New York, particularly his offer of a prisoner swap between Tehran and Washington.

Iranian President Hassan Rouhani’s reaction to the support of Saudi Arabia and the UAE for the US’ sanctions on Iran’s oil exports also received great coverage.

Abrar:
1- Iran Must Engage in Serious Talks with Europe over Hormuz Strait
2- Zarif: Iran’s Military to Decide on Closing Strait of Hormuz
3- Hook: Countries Must Choose between Iran, US
4- Turkey FM: We’ll Supply Our Need from Elsewhere If US Doesn’t Give US F-35 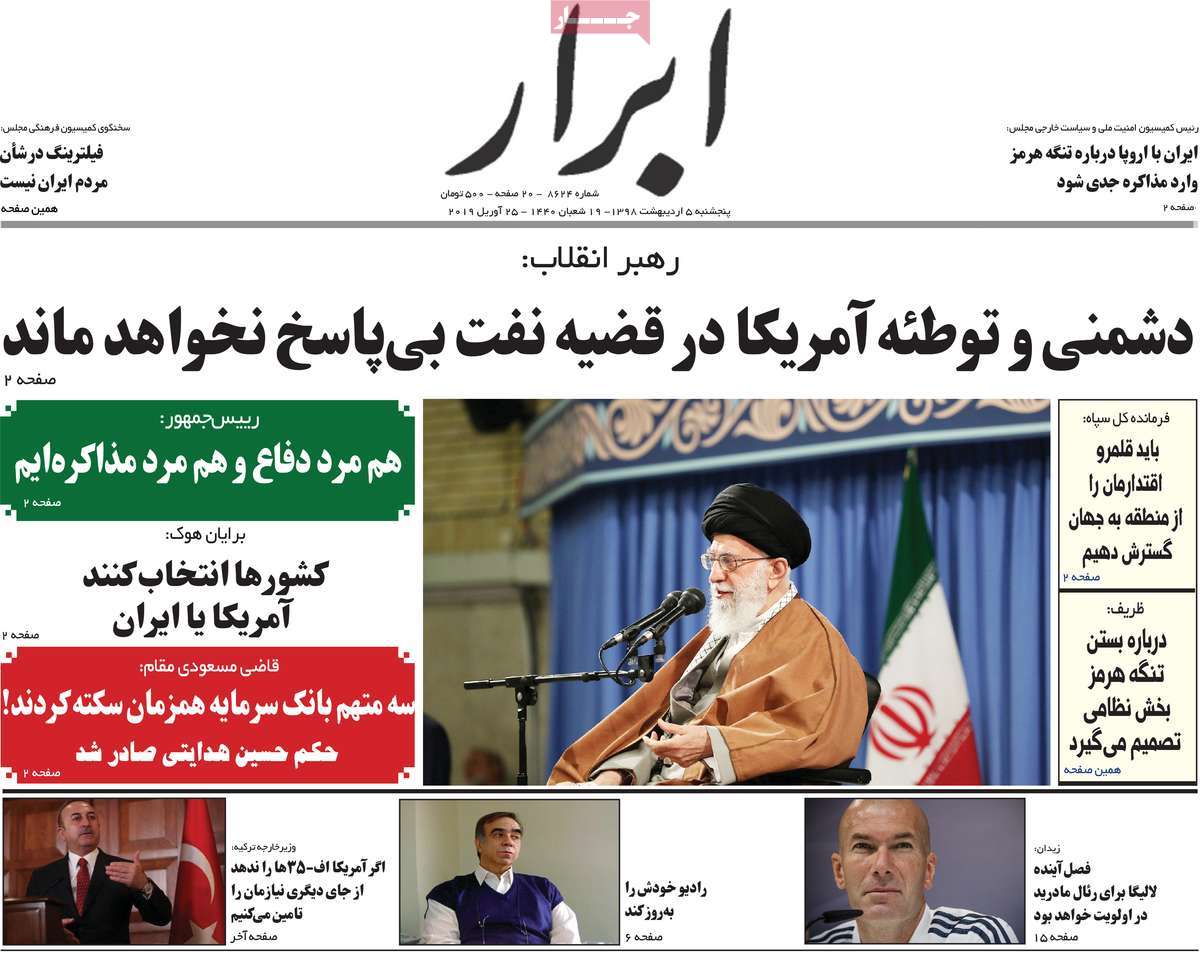 Aftab-e Yazd:
1- Rouhani: We Won’t Negotiate with a Thug
2- US’ Hostility, Plot on Oil Exports Won’t Remain Unanswered: Leader
3- New IRGC Chief: We Should Promote Our Might from Region to Entire World
4- Saudis Can Behead People Freely as Long as They’re Milky Cows
• Saudis Execute 37 Young People in Strange Way 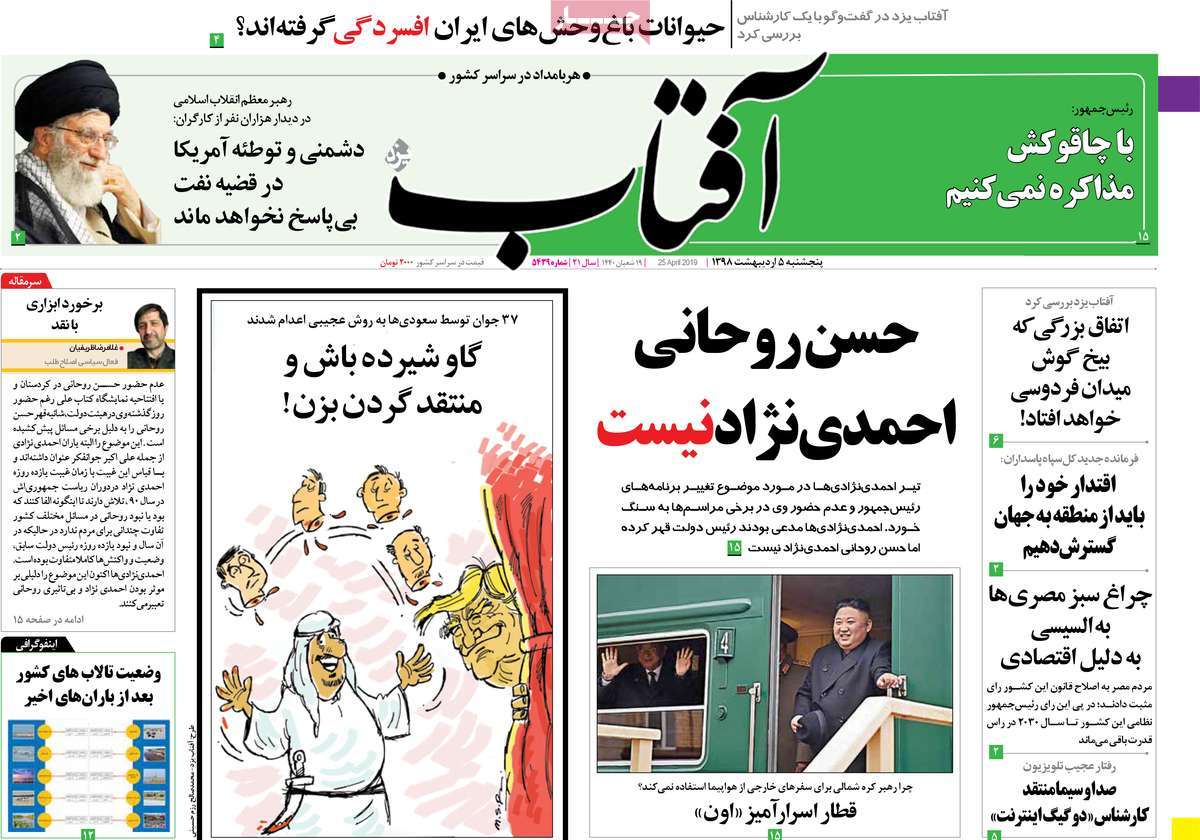 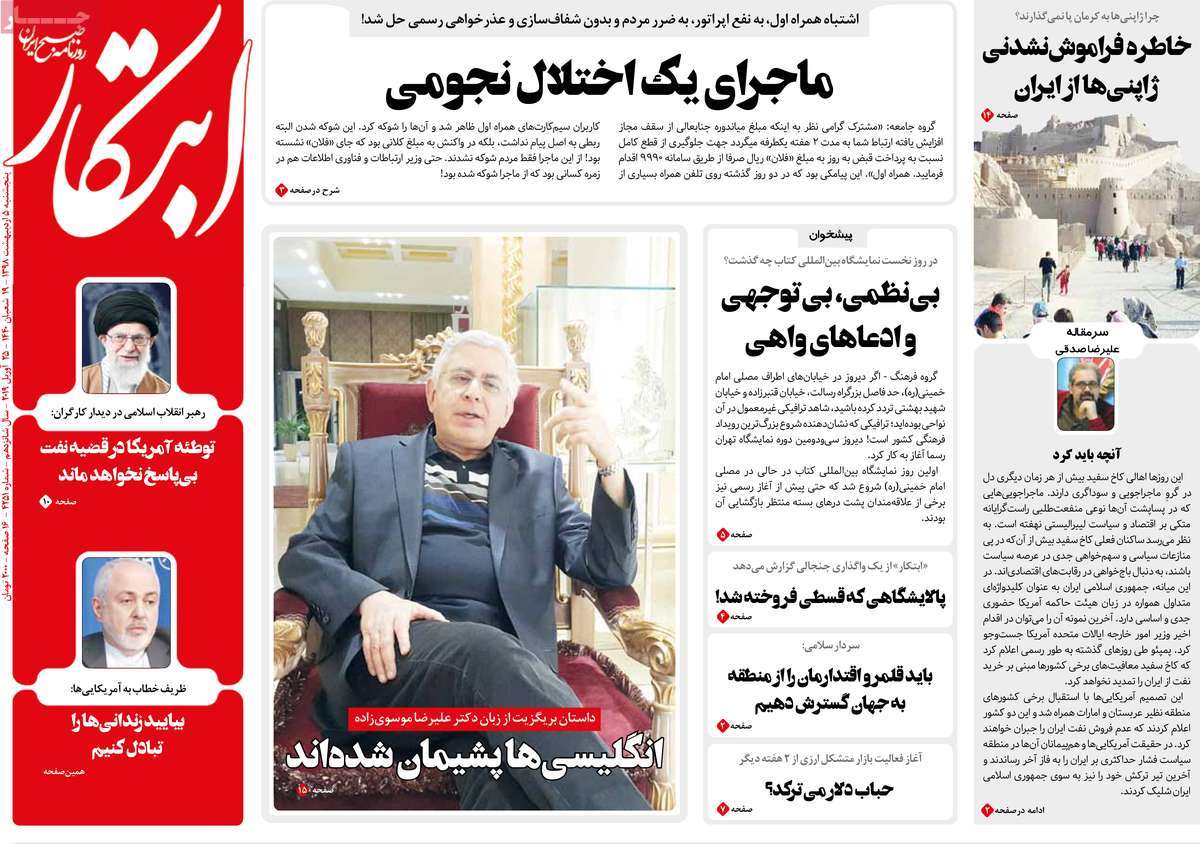 Etemad:
1- Prisoner Swap Offer on US’ Table
• Iran FM’s First Media Gesture in Heart of US
• I Once Negotiated Such a Deal and Succeeded; I Can Do It Again
2- Zarif Condemns Saudi Mass Execution 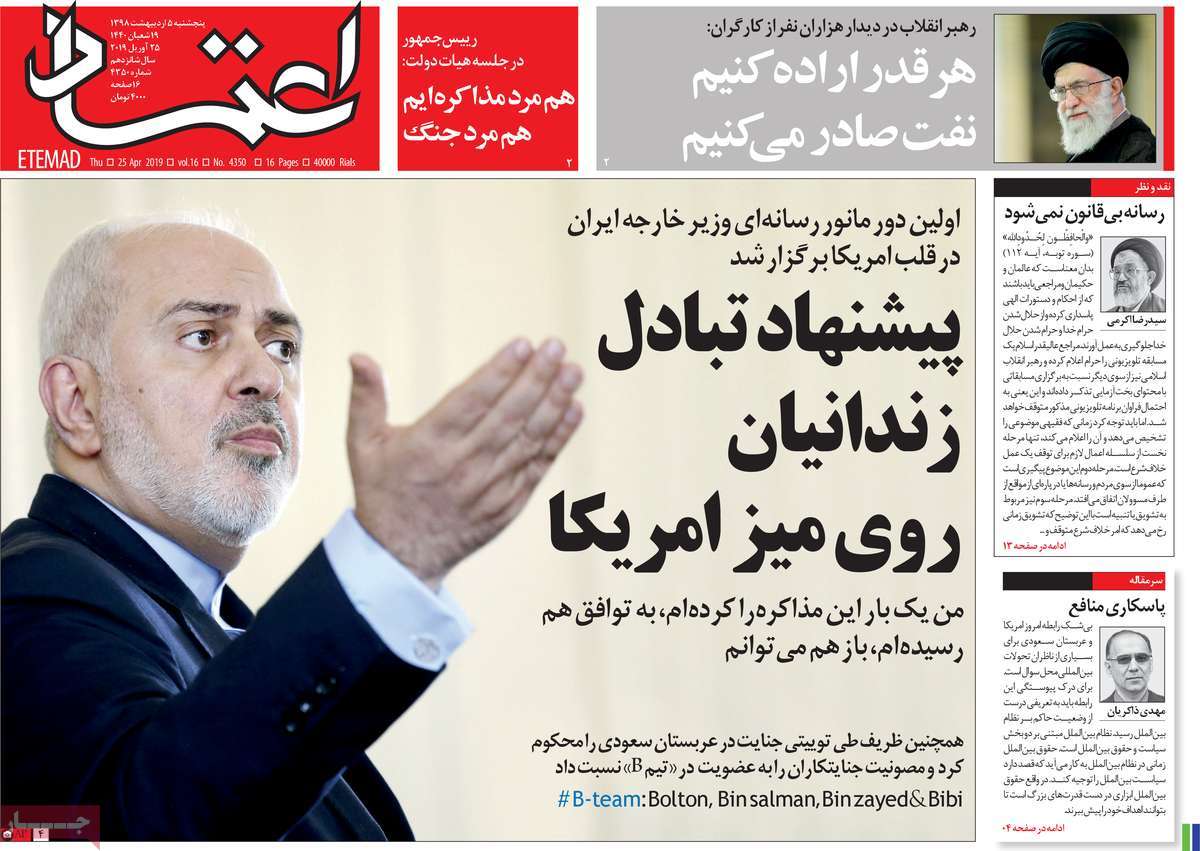 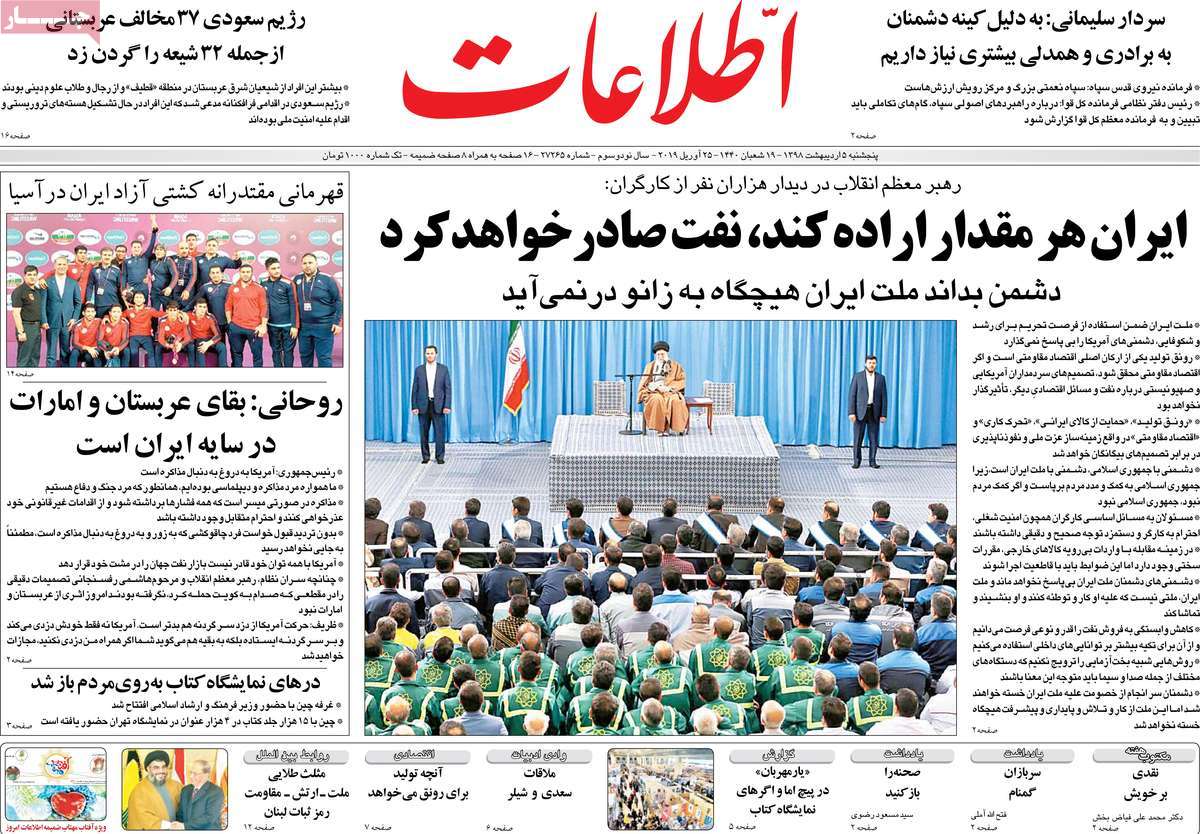 Kayhan:
1- White House Official: Trump’s Stupid Move Increased Petrol Price in US
2- Zarif in New York: We Didn’t Benefit from Previous Deals, Why Should We Engage in New One
3- Leader: Iranian Nation Not to Remain Silent When Others Conspire against It 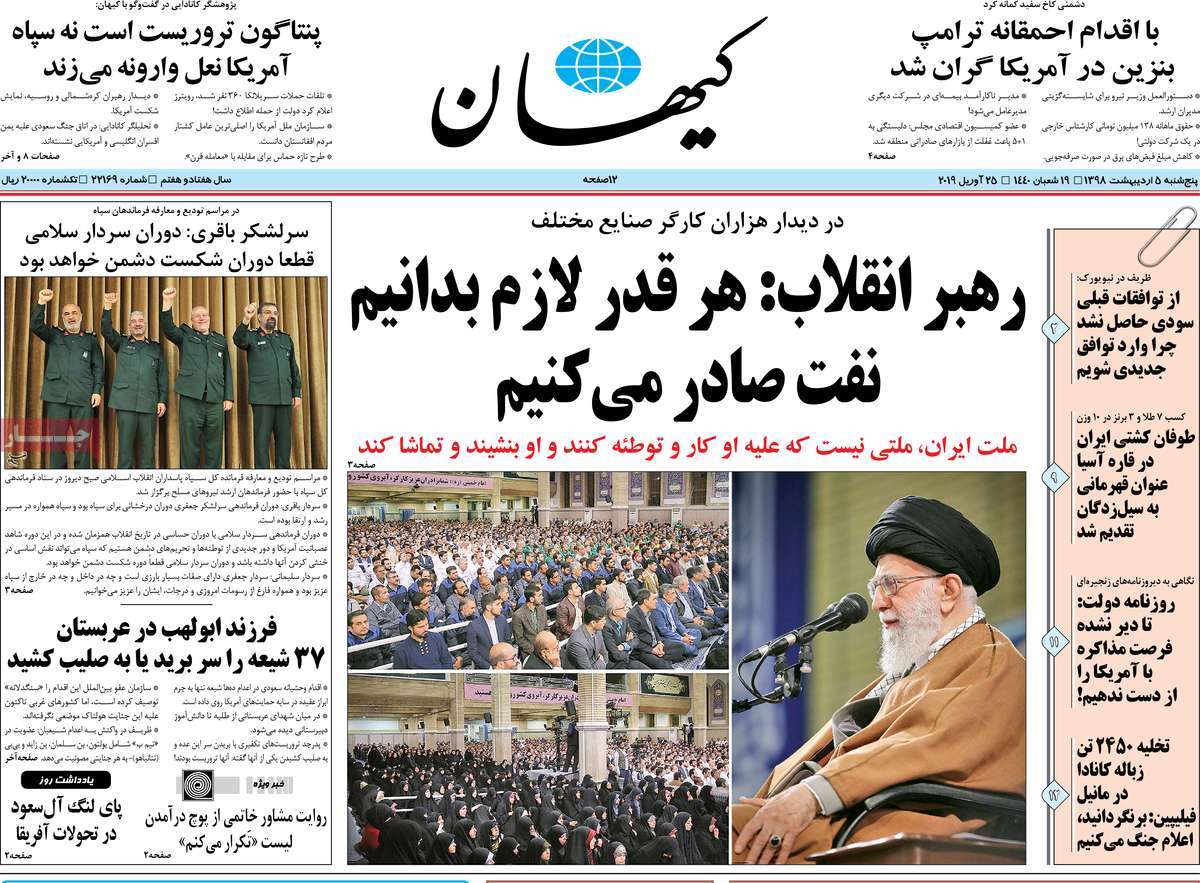 Sazandegi:
1- Iran Leader: We’ll Export as Much Oil as We Wish
2- Rouhani: We’re Both Good at War and Negotiation 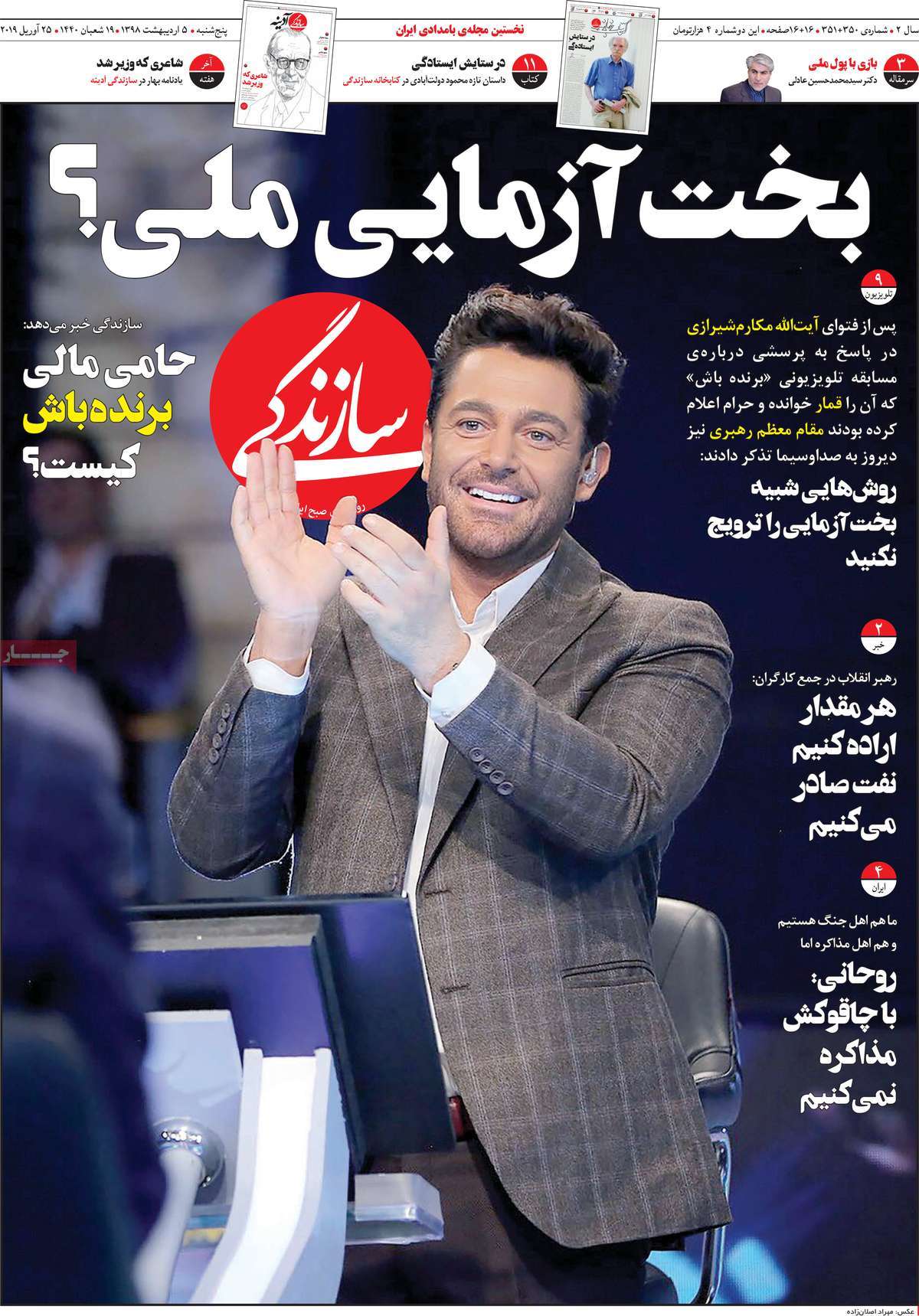 Setareh Sobh:
1- Ultimatum to US, Its Regional Allies
• Zarif: Trump Engaged in Netanyahu’s Dangerous Game in Our Region 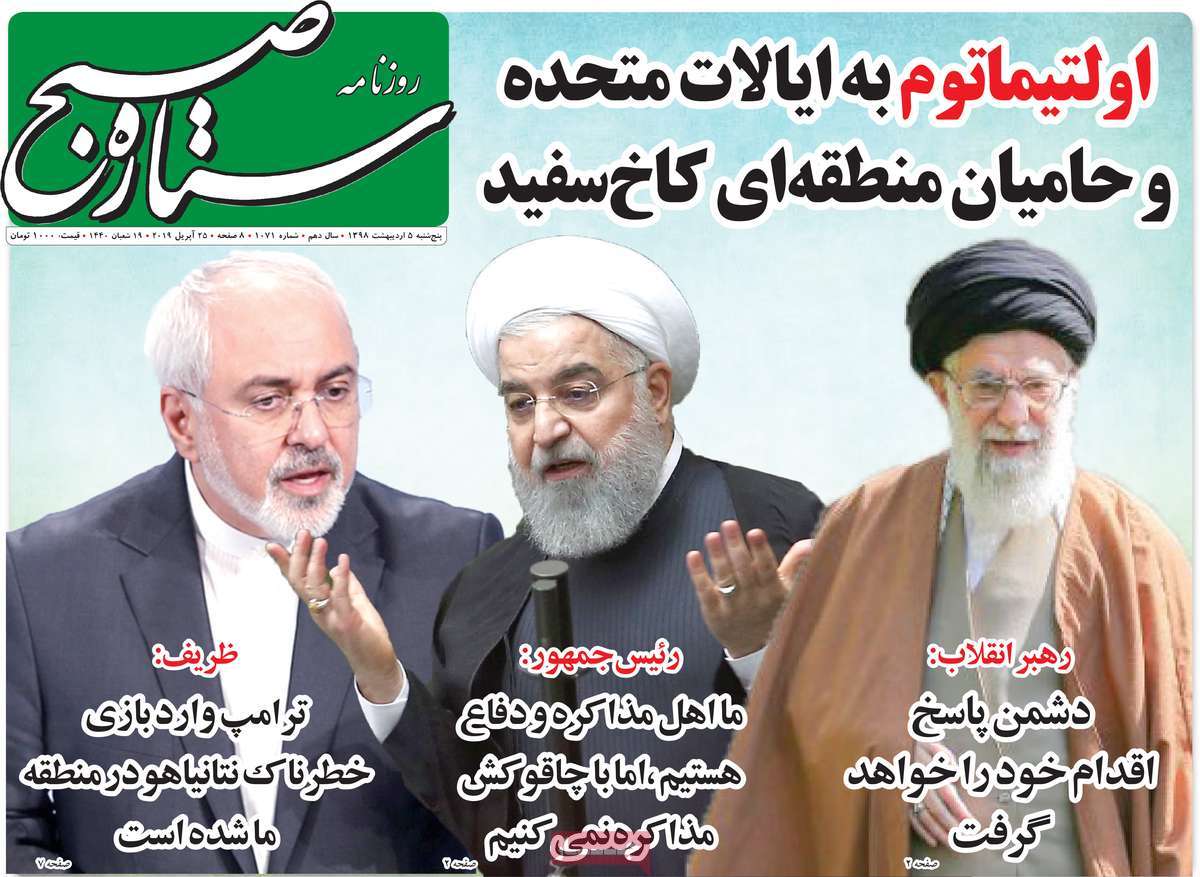 Shargh:
1- US Not Ready for Talks at All: Rouhani
2- Zarif: Trump Seeks to Abuse Iran’s Reciprocal Acts Vatan-e Emrooz:
1- Rouhani Cautions Saudi, UAE after Their Decision to Cooperate with US Sanctions on Iran Oil
2- Bin Salman Continues His Crimes with US’ Green Light 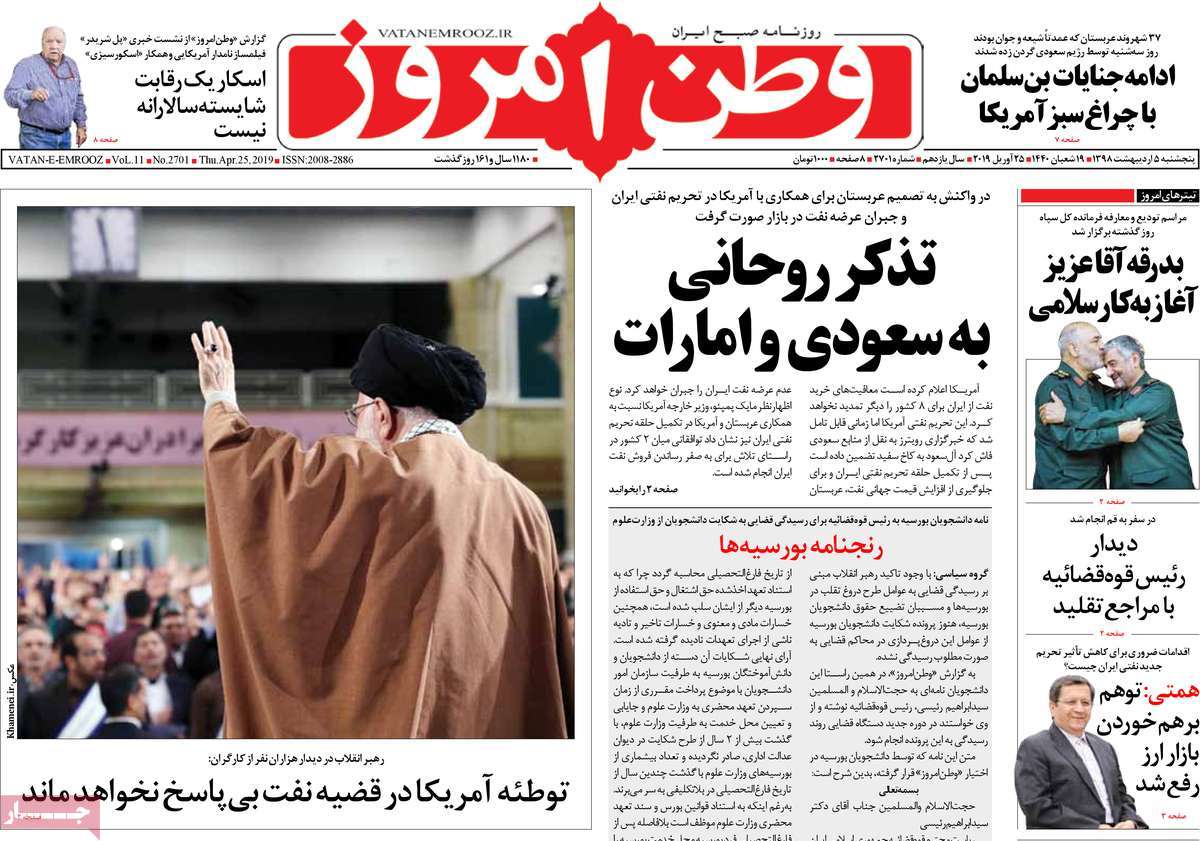