IFP has taken a look at the front pages of Iranian newspapers on Wednesday, April 24, 2019, and picked headlines from 10 of them. IFP has simply translated the headlines and does not vouch for their accuracy.

Iranian papers today widely covered the world’s reaction to a decision by the Trump administration to stop issuing waivers for the importers of Iran’s crude oil.

Also a top story was the Iranian Parliament’s move to pass a number of laws against the US’ blacklisting of the Islamic Revolution Guards Corps (IRGC).

1- Saudi Arabia Welcomes US’ Move Not to Renew Iran Waivers

2- Kuwait: No Hope for End of Conflicts in Region

4- EU Regrets US’ Decision Not to Extend Iran Sanctions Waivers 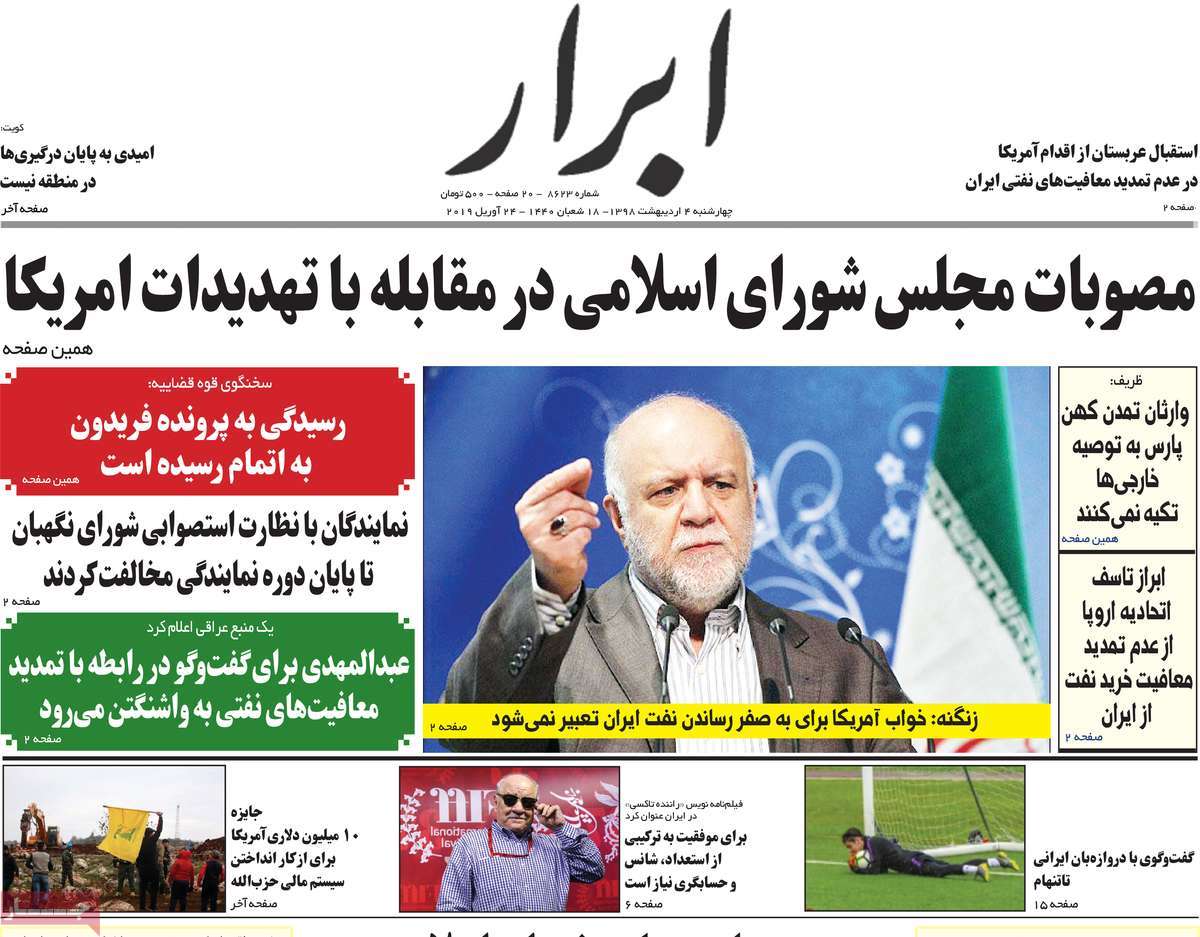 1- Iranian Planes to Have More Difficulties for Refueling 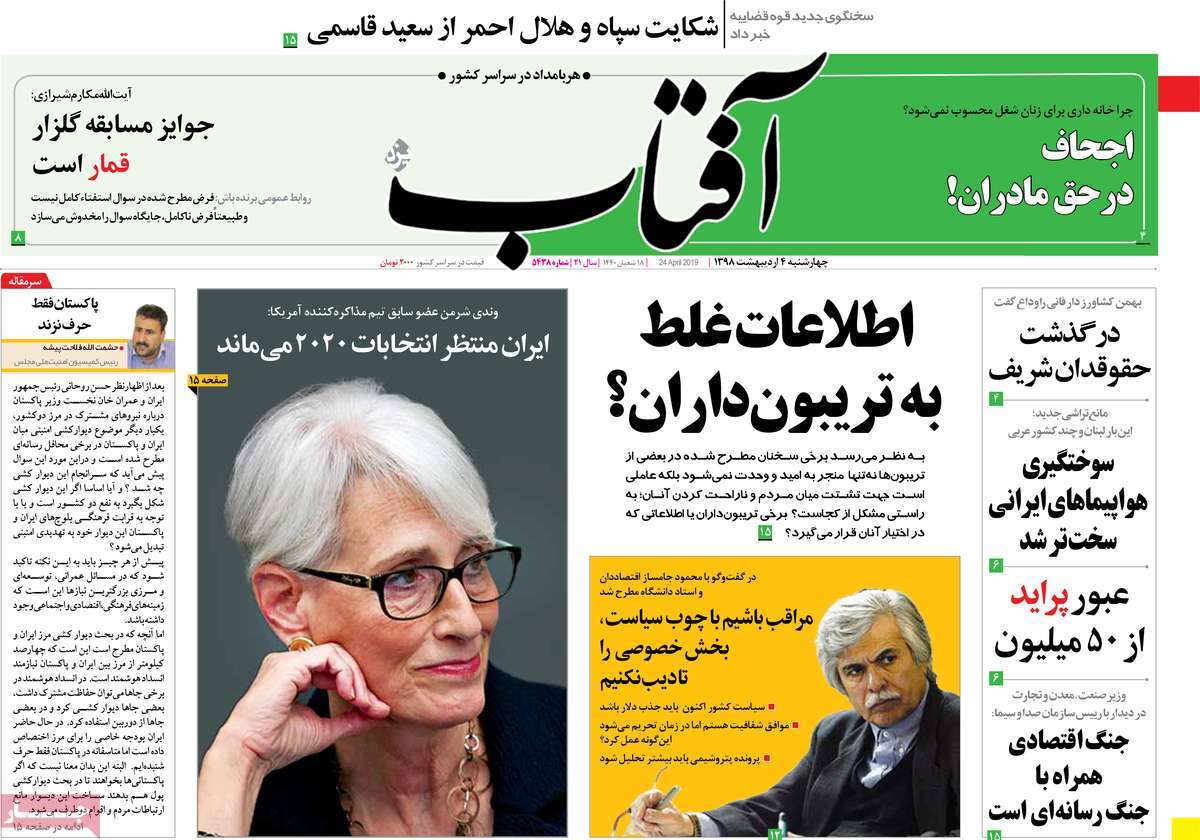 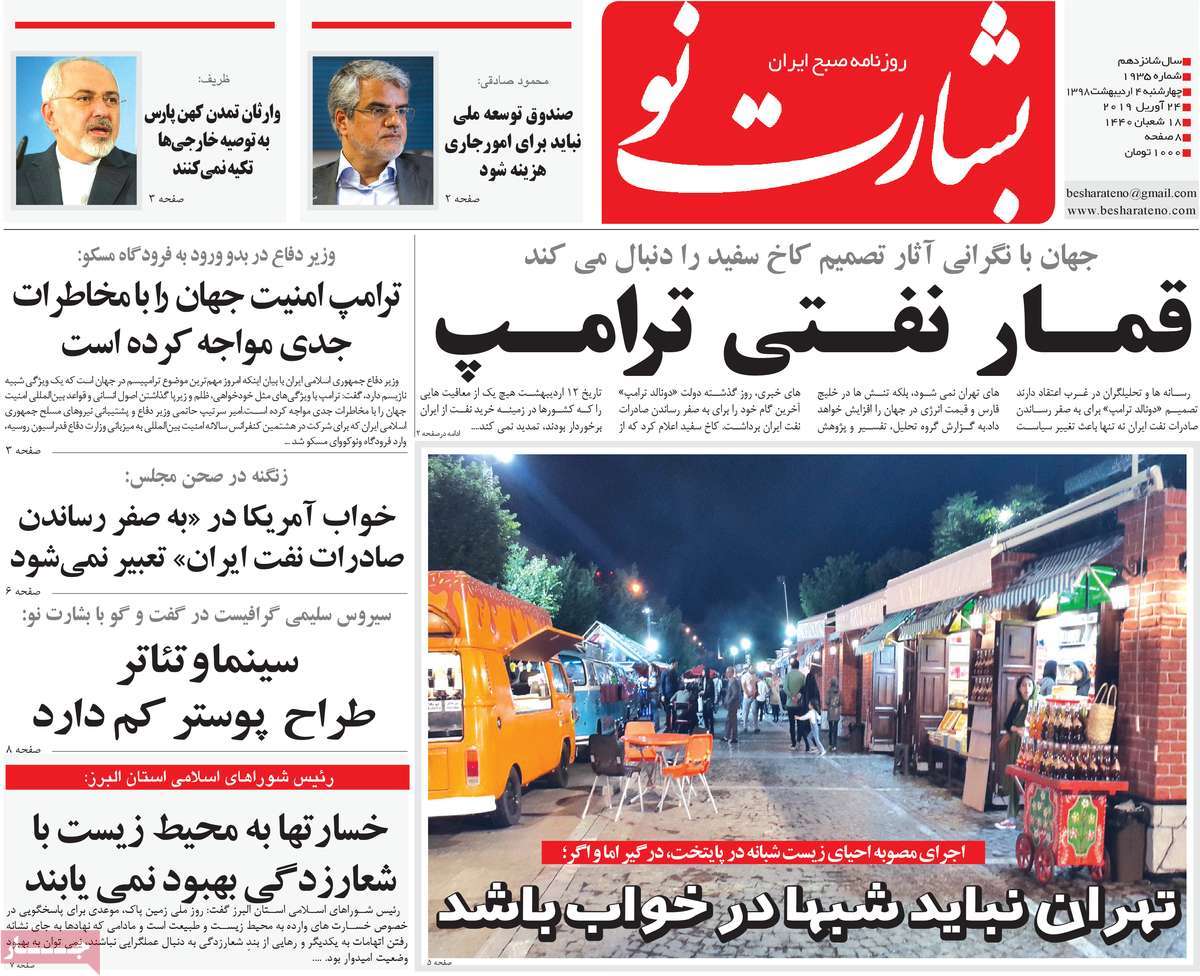 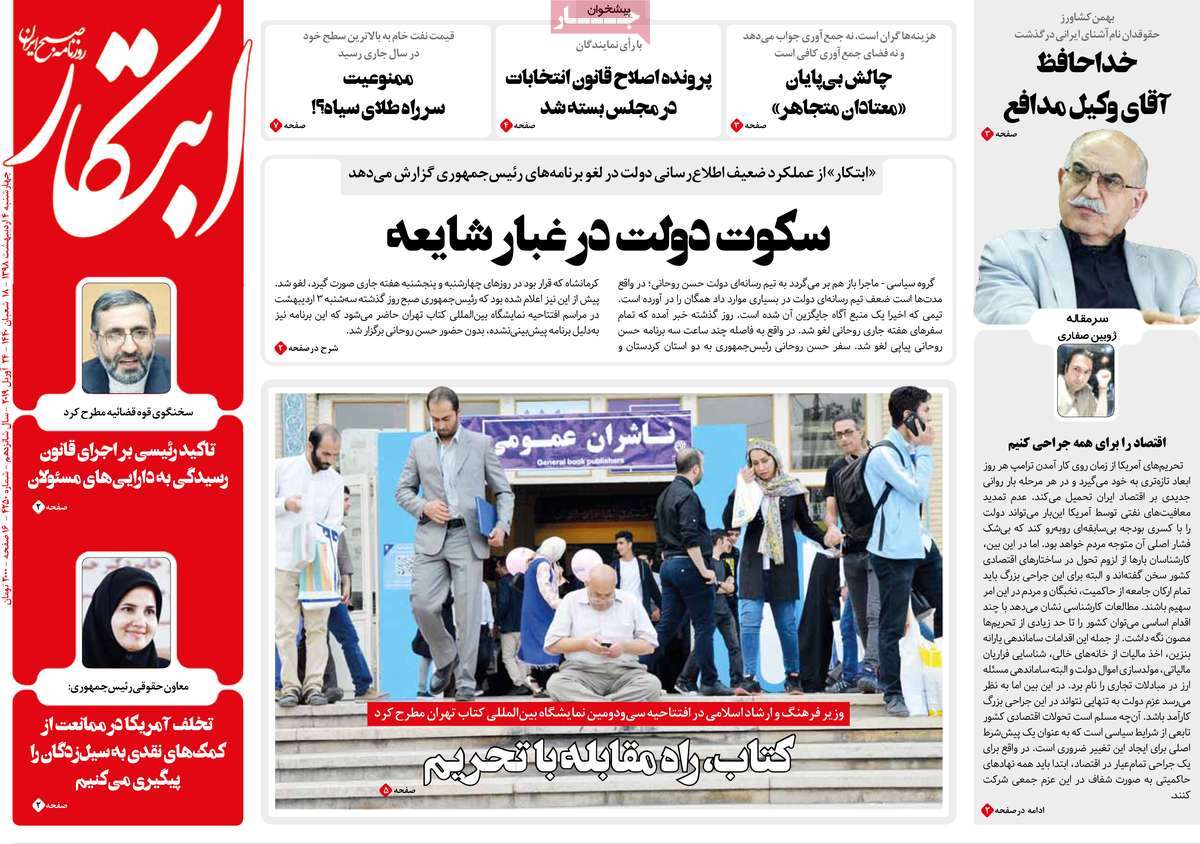 2- Iran’s Oil Not to Be Removed [Editorial] 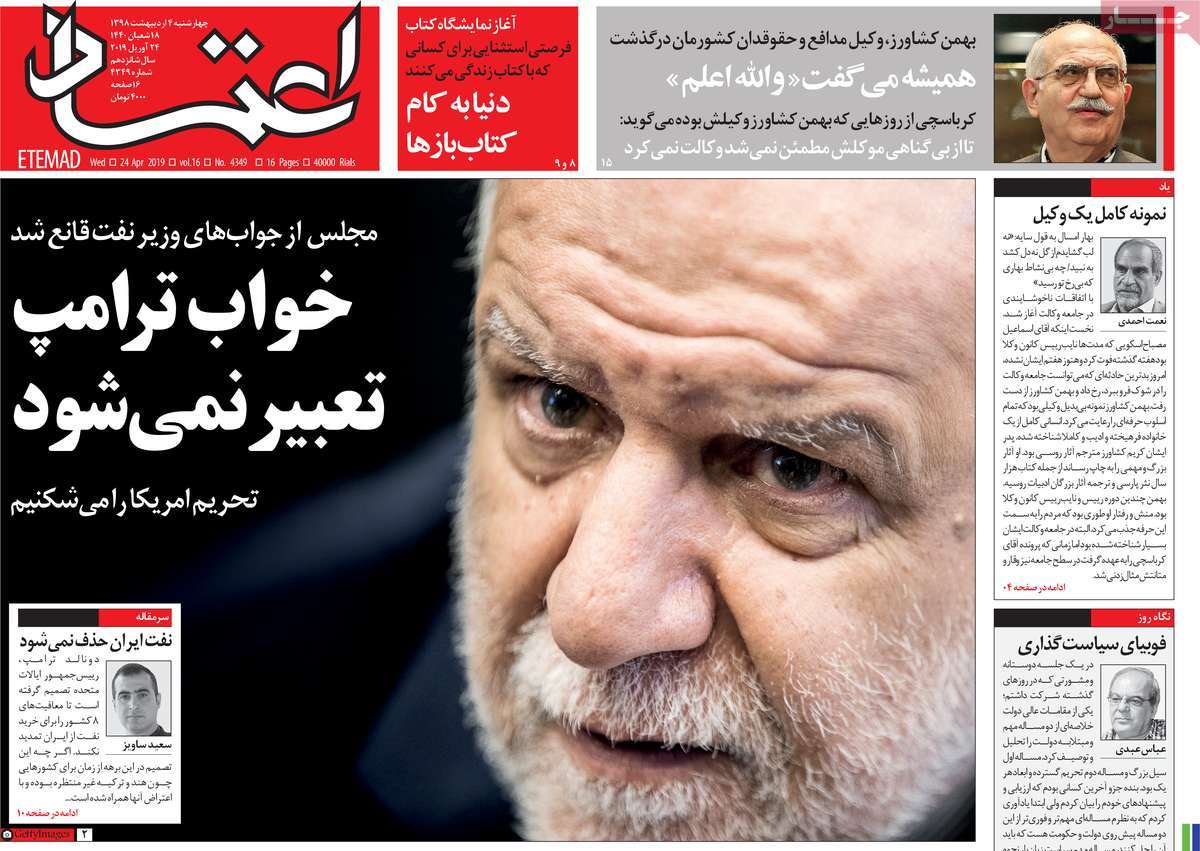 3- We’ll Do Whatever We Can to Break US Sanctions: Minister 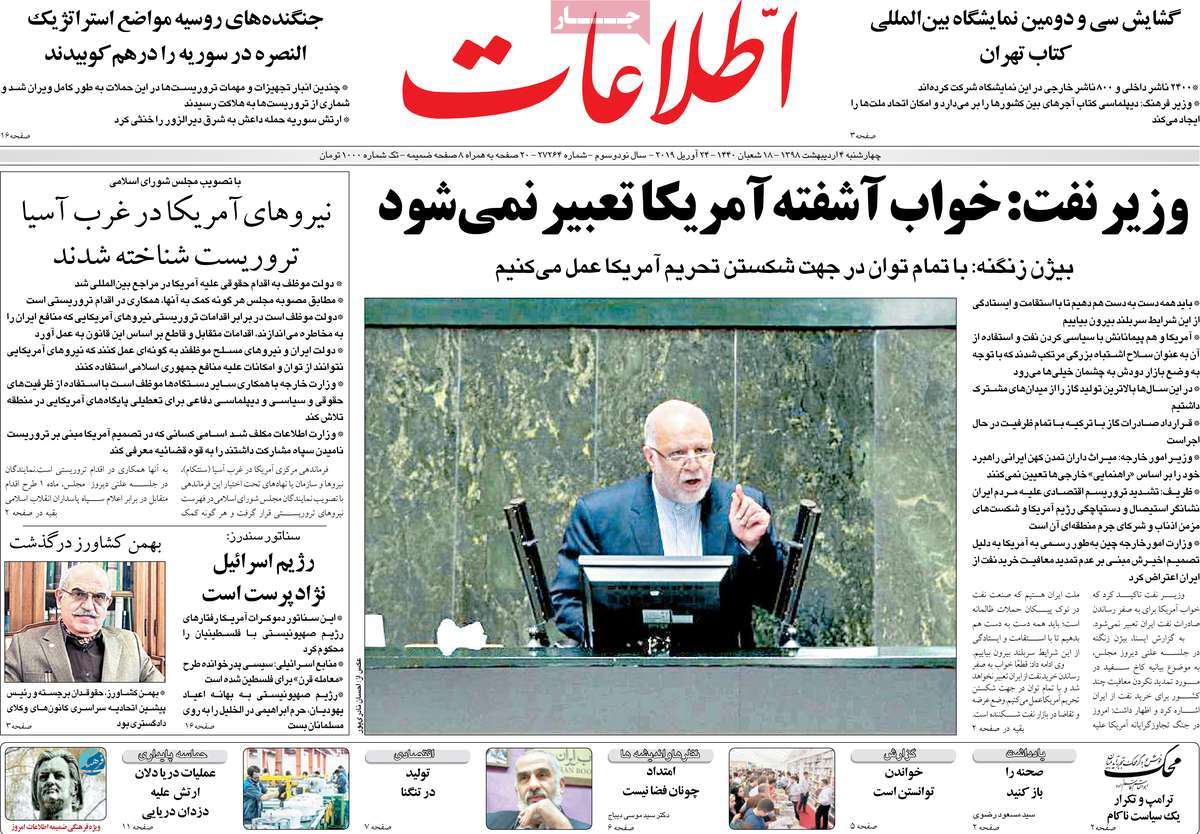 2- Kim’s Look at Putin: North Korean, Russian Leaders to Meet amid Ambiguous Fate of US Talks 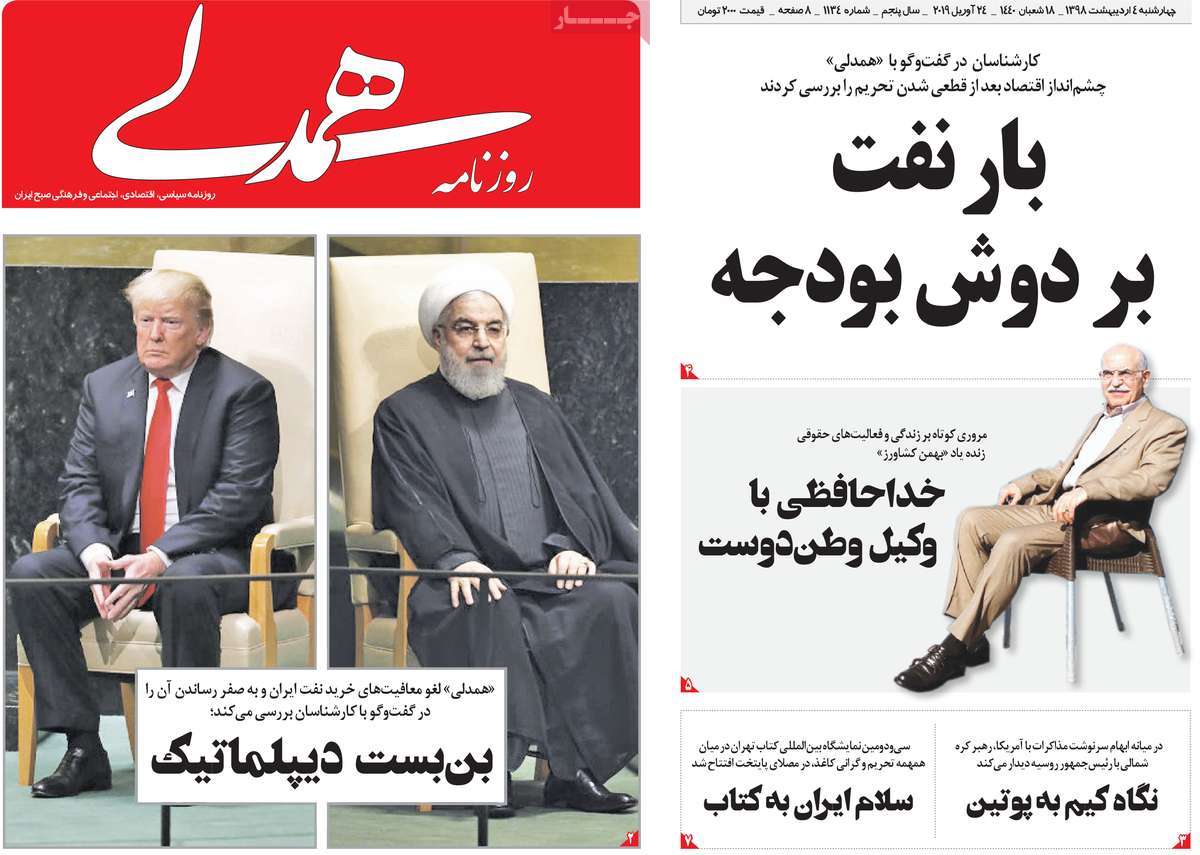 2- World Did Not Cooperate with US Plots; Iran Partners Opposed to Oil Sanctions 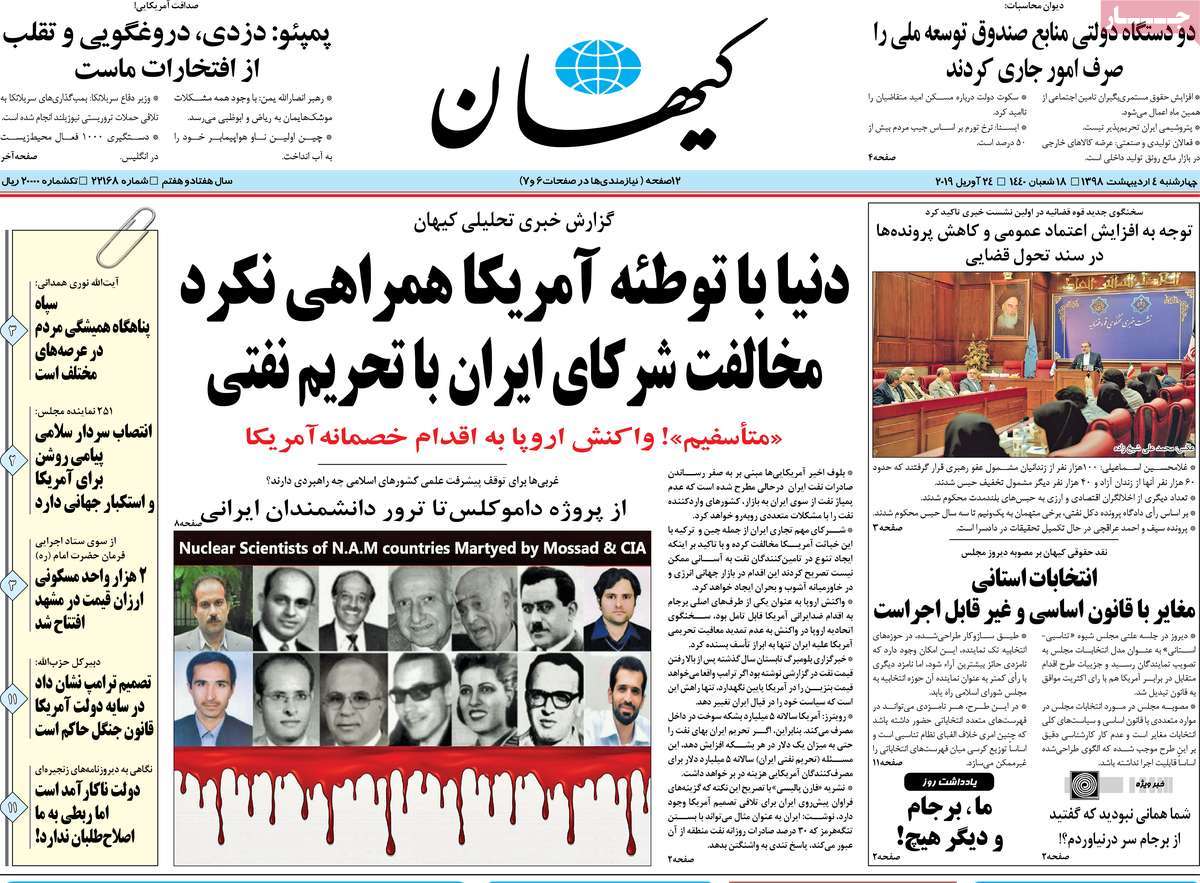 2- US Congress Chief Opposed to Democrats’ Call for Trump Impeachment 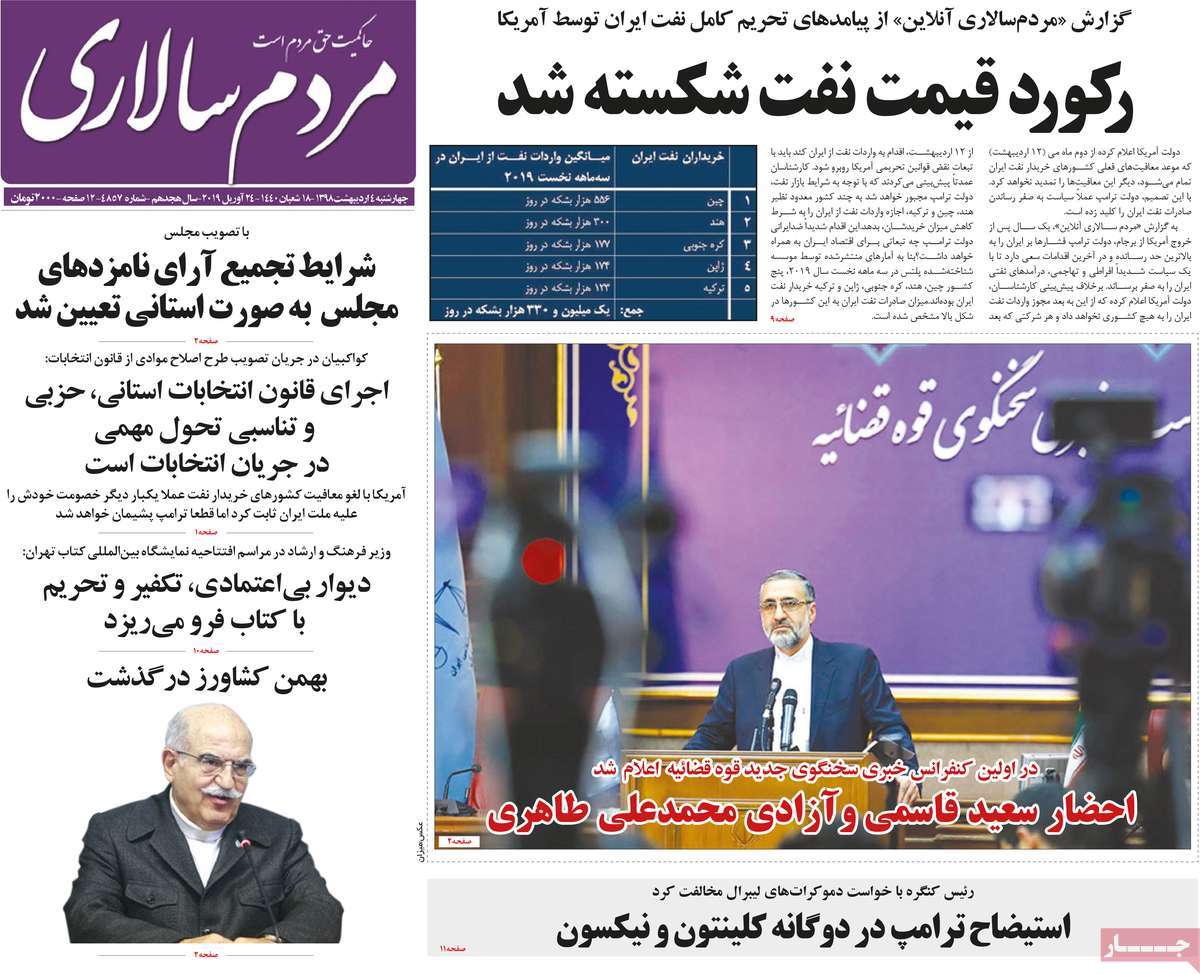 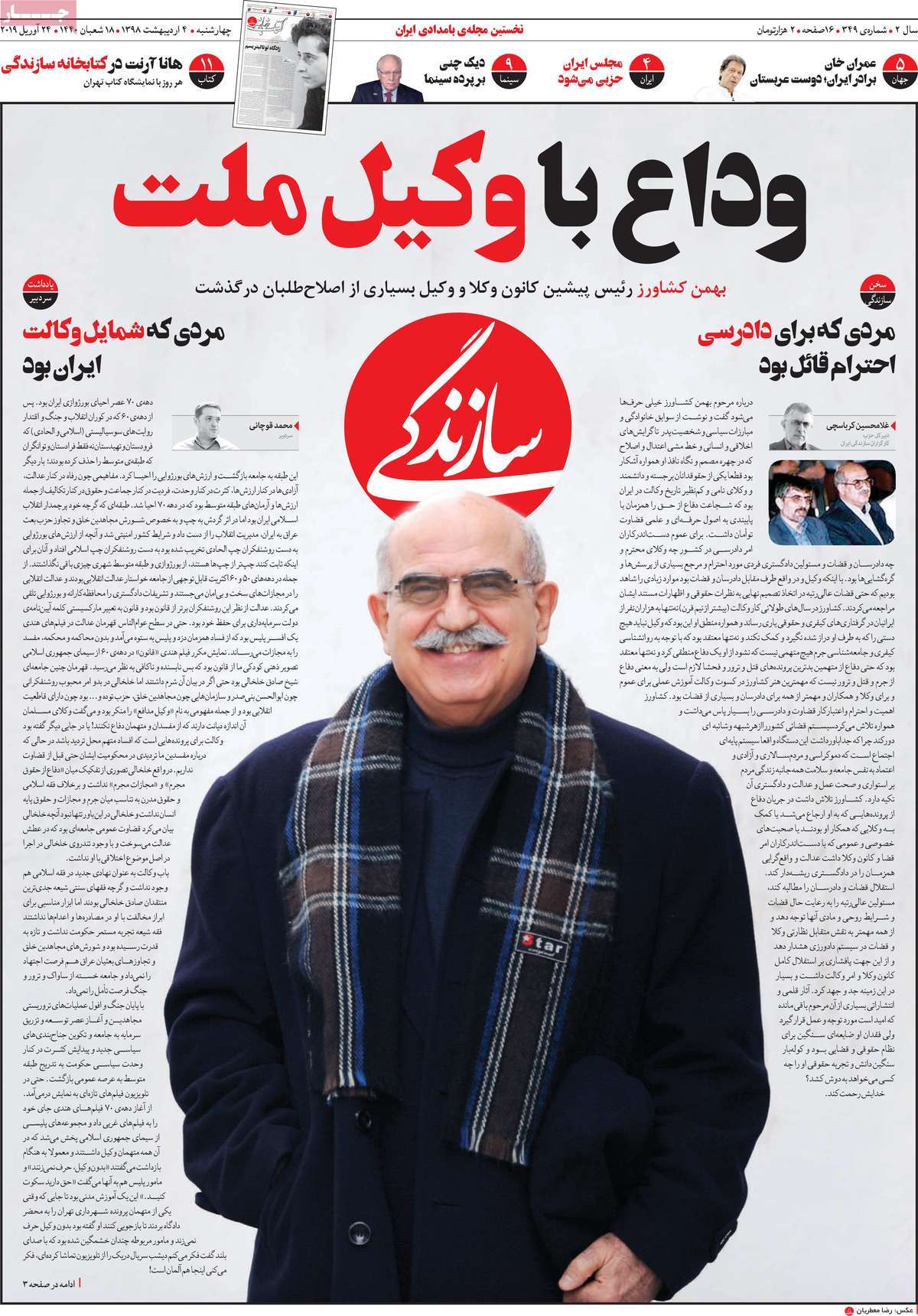