IFP has taken a look at the front pages of Iranian newspapers on Monday, April 22, 2019, and picked headlines from … of them. IFP has simply translated the headlines and does not vouch for their accuracy.

The top story in all papers was the visit of Pakistani Prime Minister Imran Khan to Iran. The premier started his first-ever trip to the country from Mashhad, where he paid a visit to the holy shrine of Imam Reza, the eighth imam of Shiite Muslims.

Also a top story was the multiple explosions in the Sri Lankan capital, which claimed over 200 lives and wounded over 400 others.

The Leader’s appointment of Major General Hossein Salami as the new chief-commander of the Islamic Revolution Guards Corps (IRGC), replacing Major General Mohammad Ali Jafari who served as the chief of IRGC for over 10 years.

3- Our Presence in Iraq Aimed at Reinforcing Baghdad against Iran: US 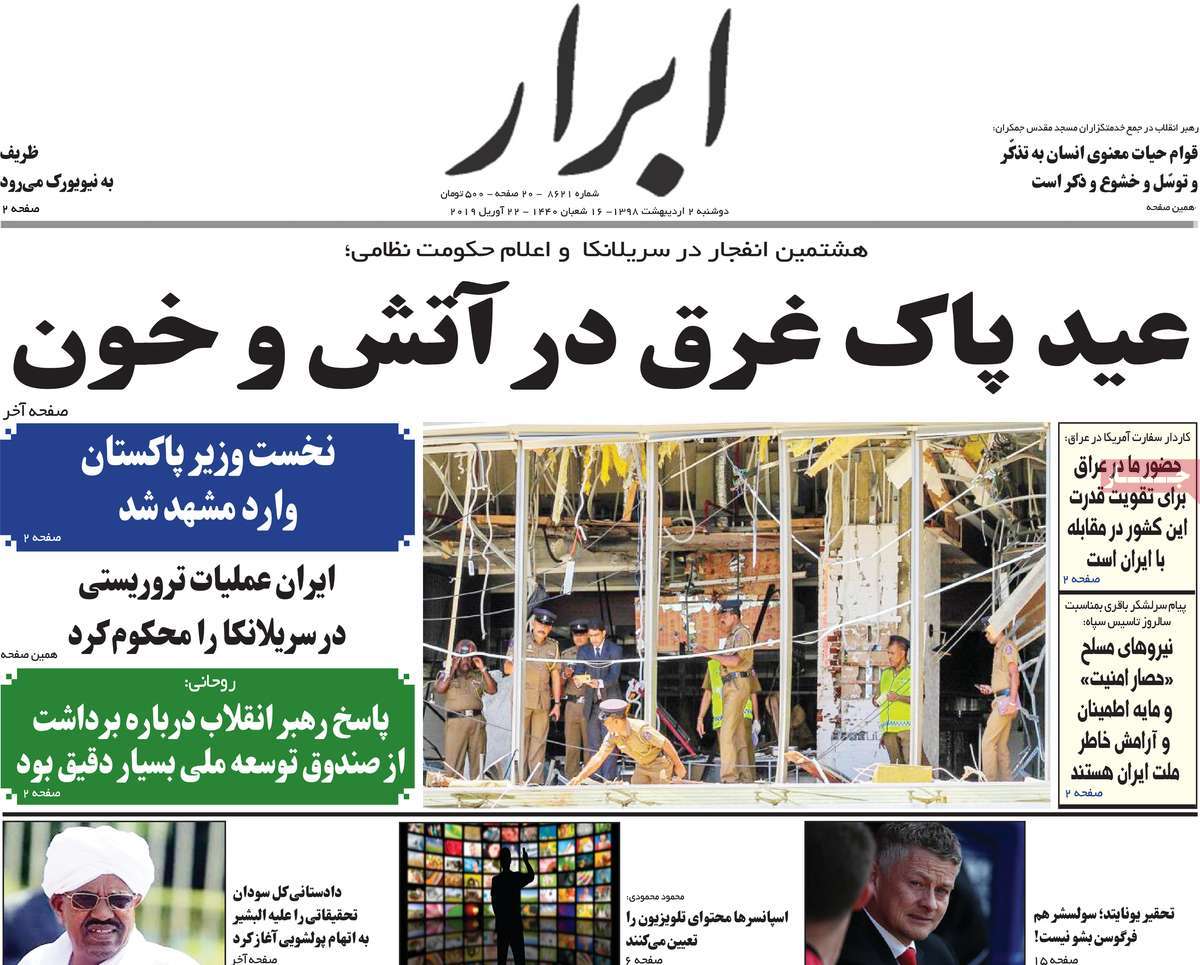 * 20 to 25 Percent of Pakistan Are Shiite Muslims, Ideologically Close to Iran 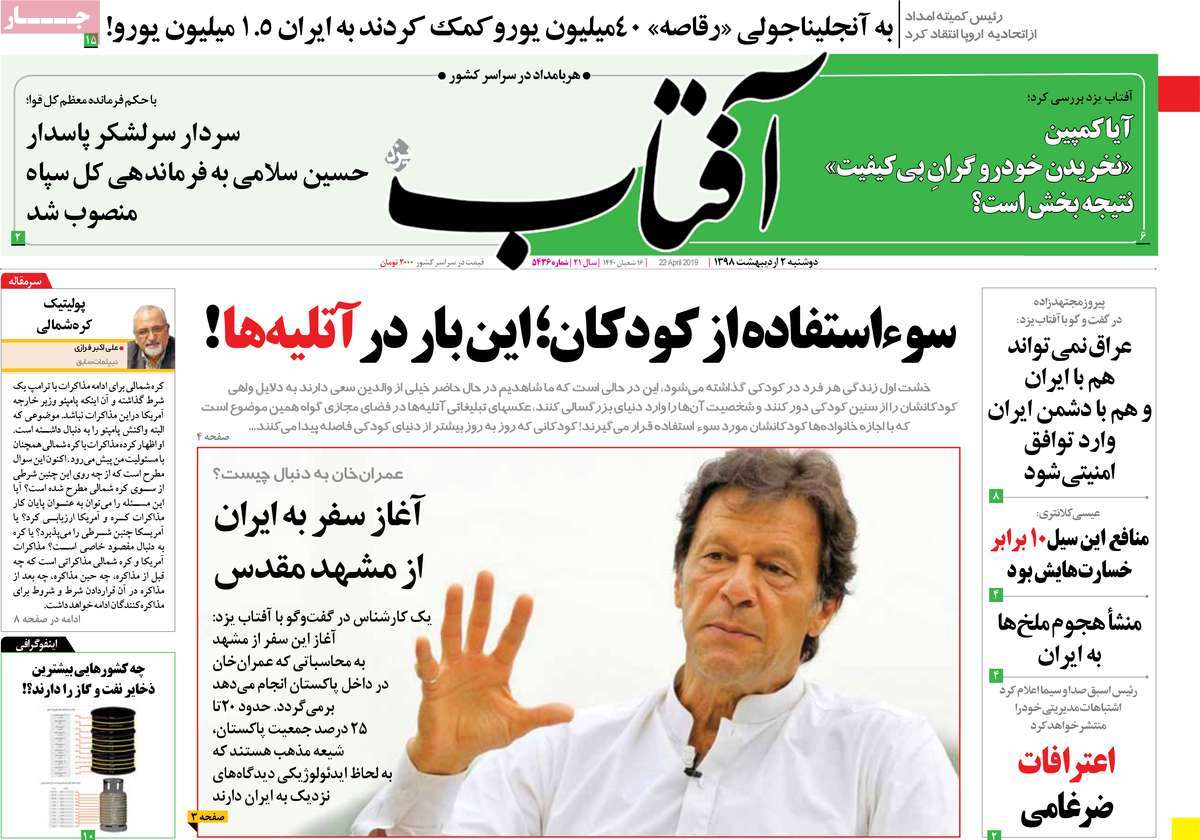 3- Iran’s Oil Exports Not to Be Cut Down to Zero: Ex-Official 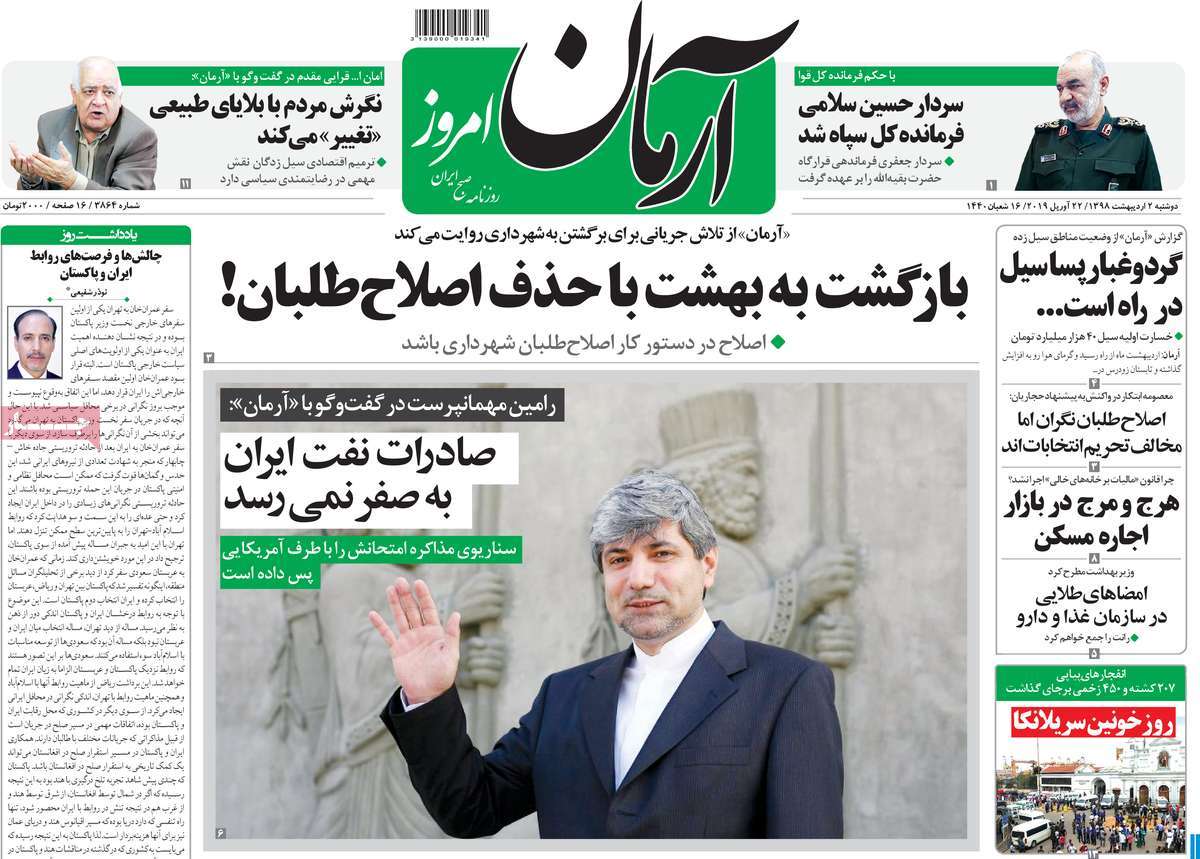 1- IRGC Has Taken Long Steps in Fight against Terror 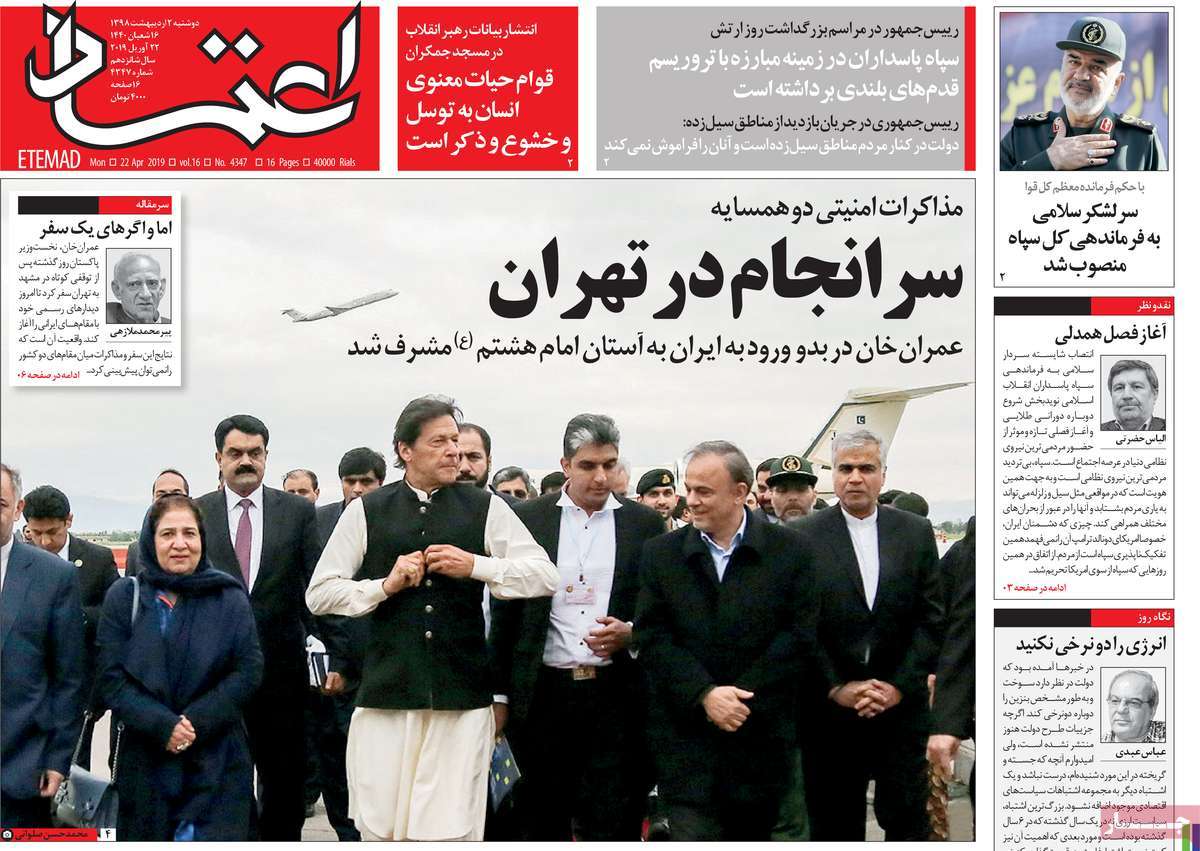 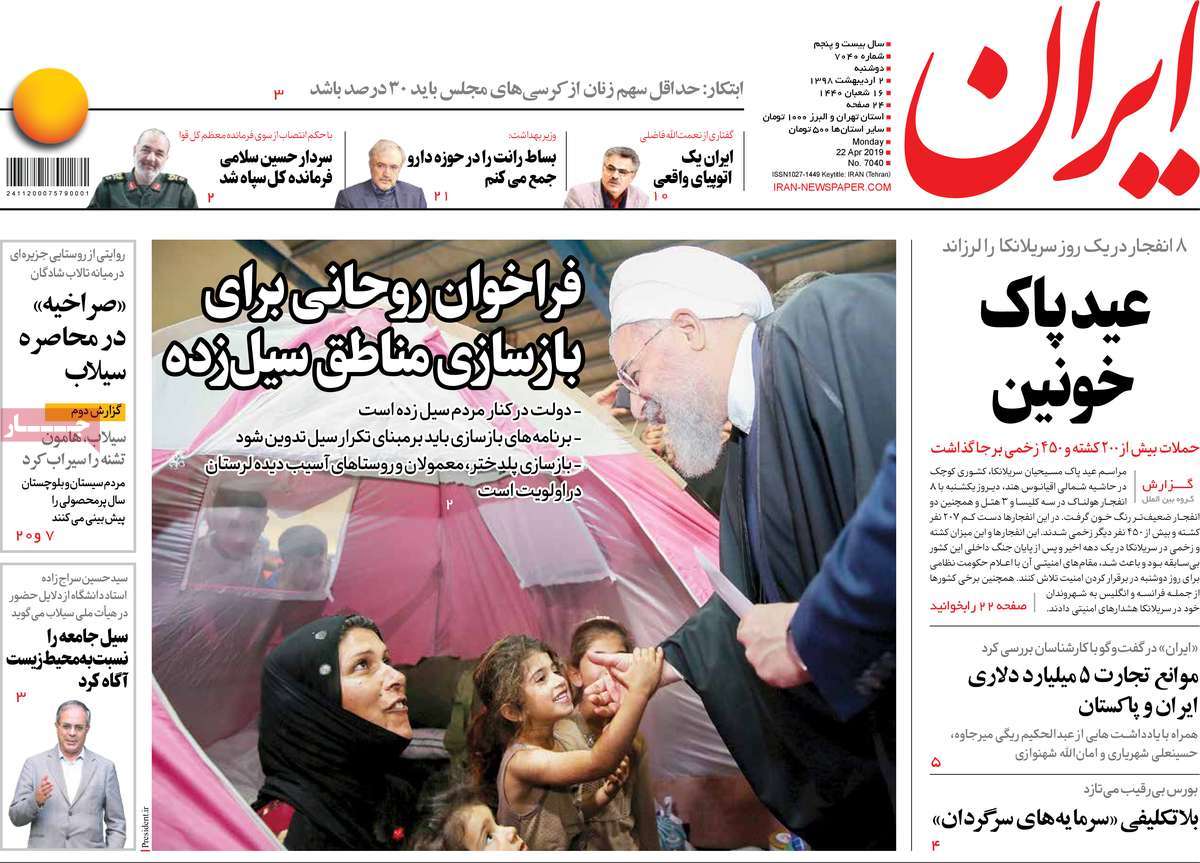 * Eight Explosions in Churches, Hotels of Colombo Kill over 200 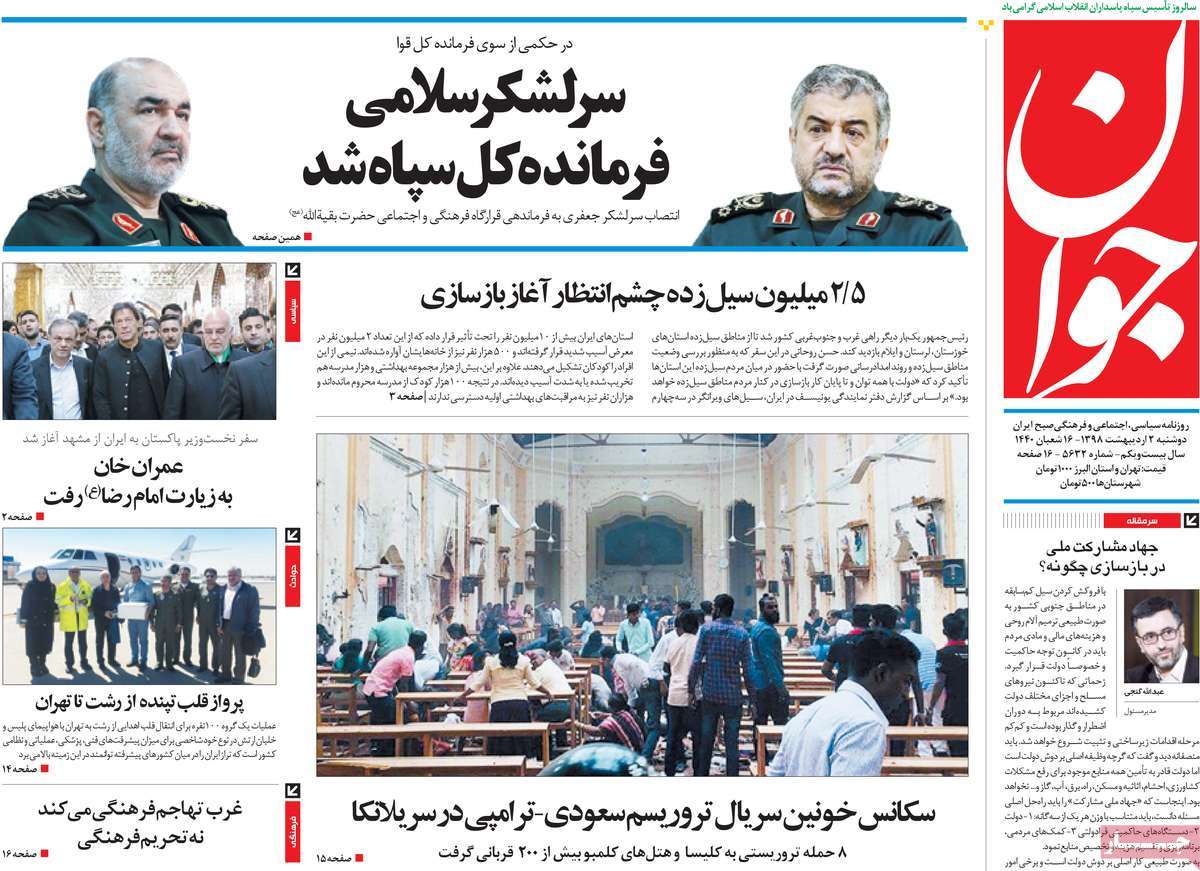 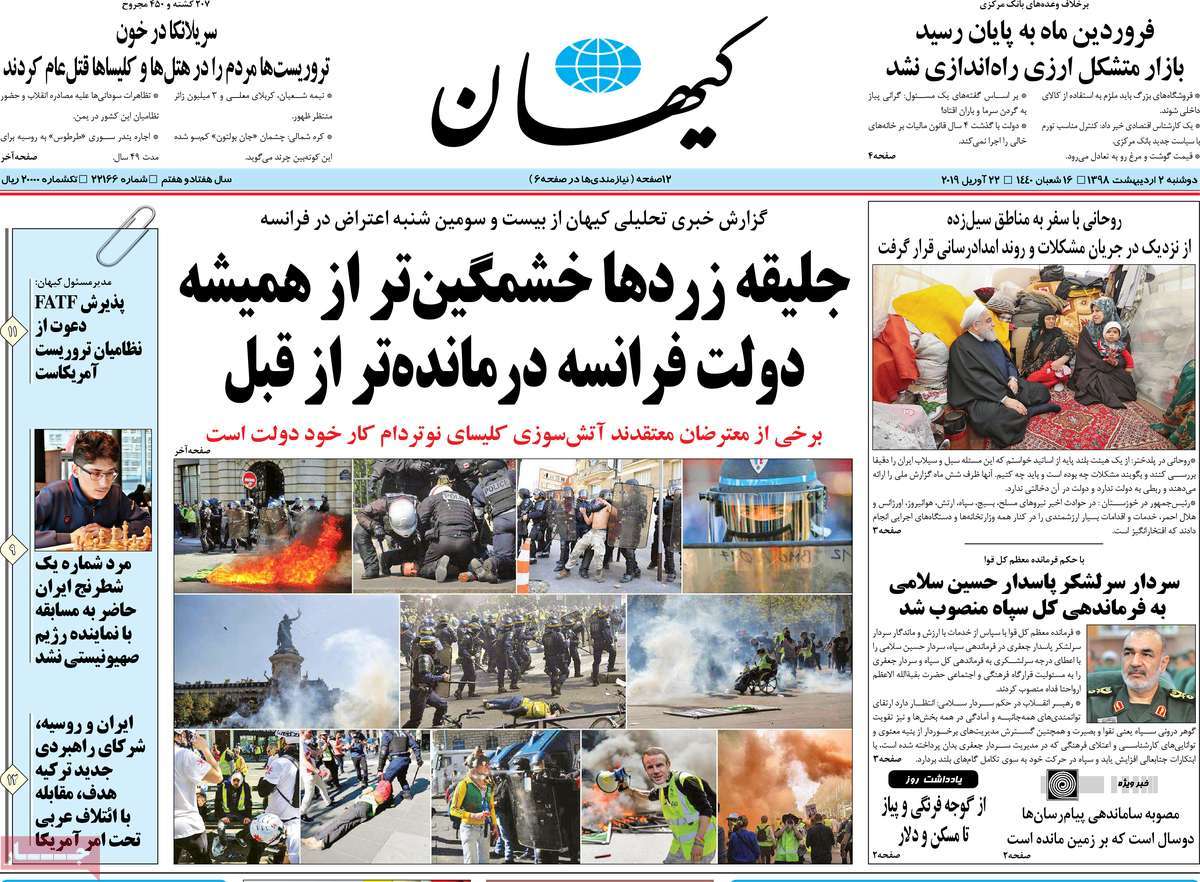 * Constitutional Reforms to Extend Sisi’s Term, Give Him Control over Judiciary 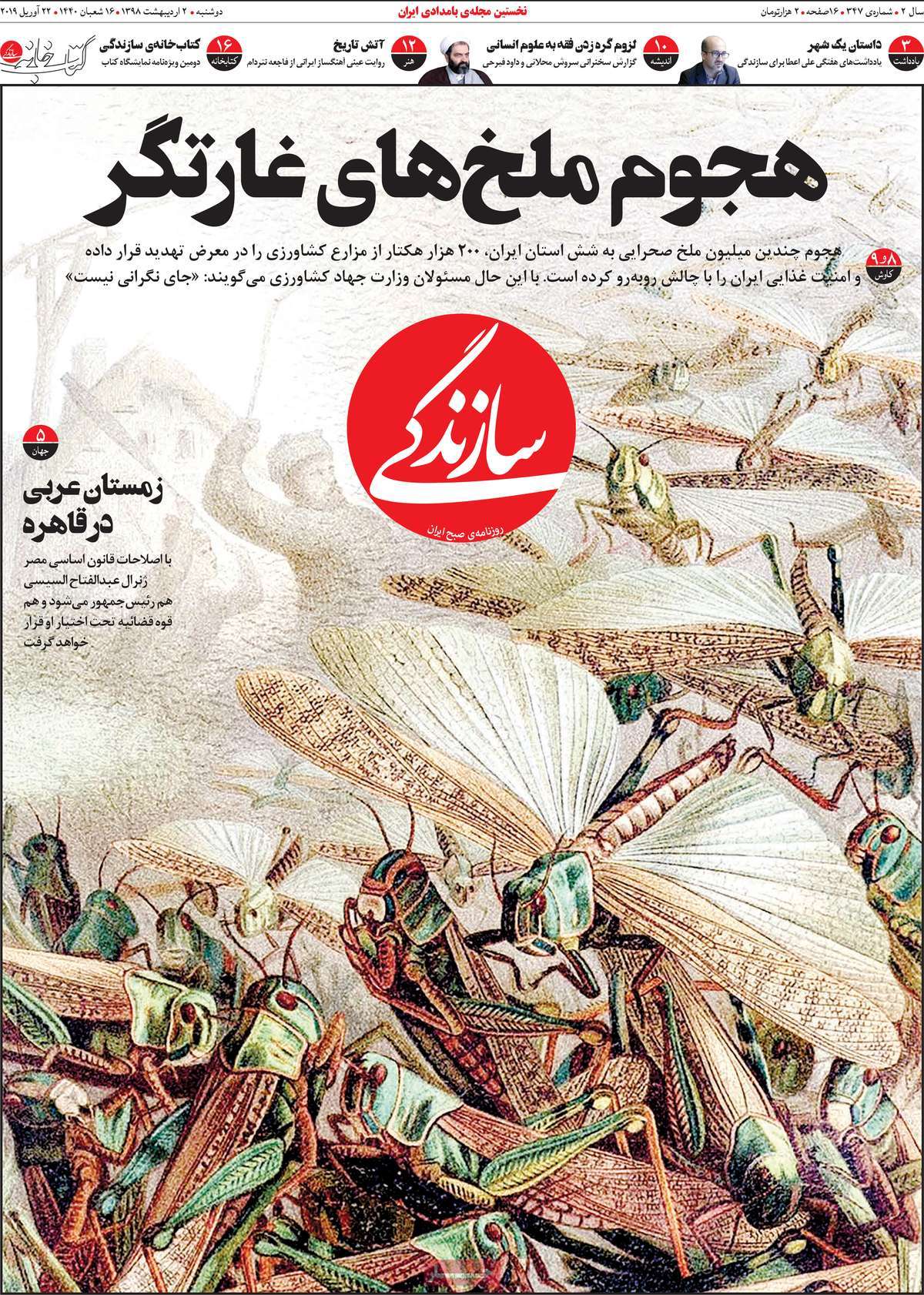 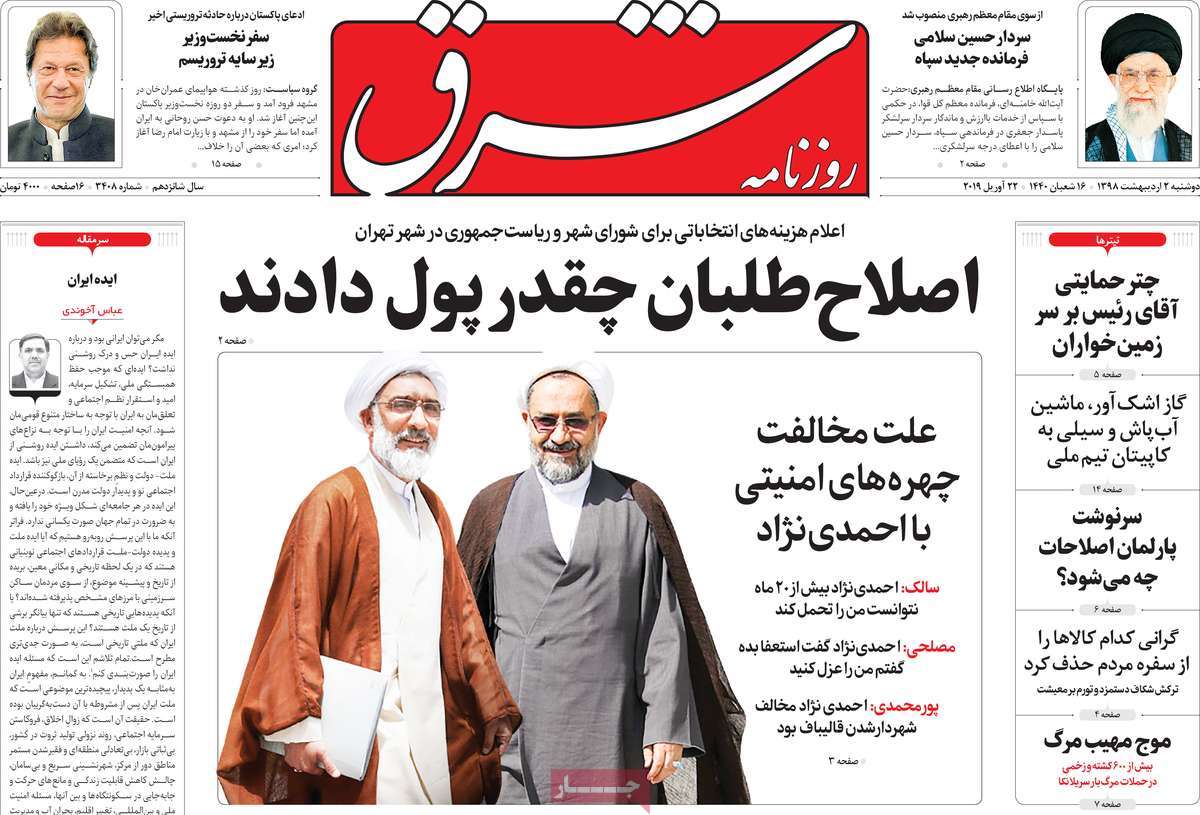 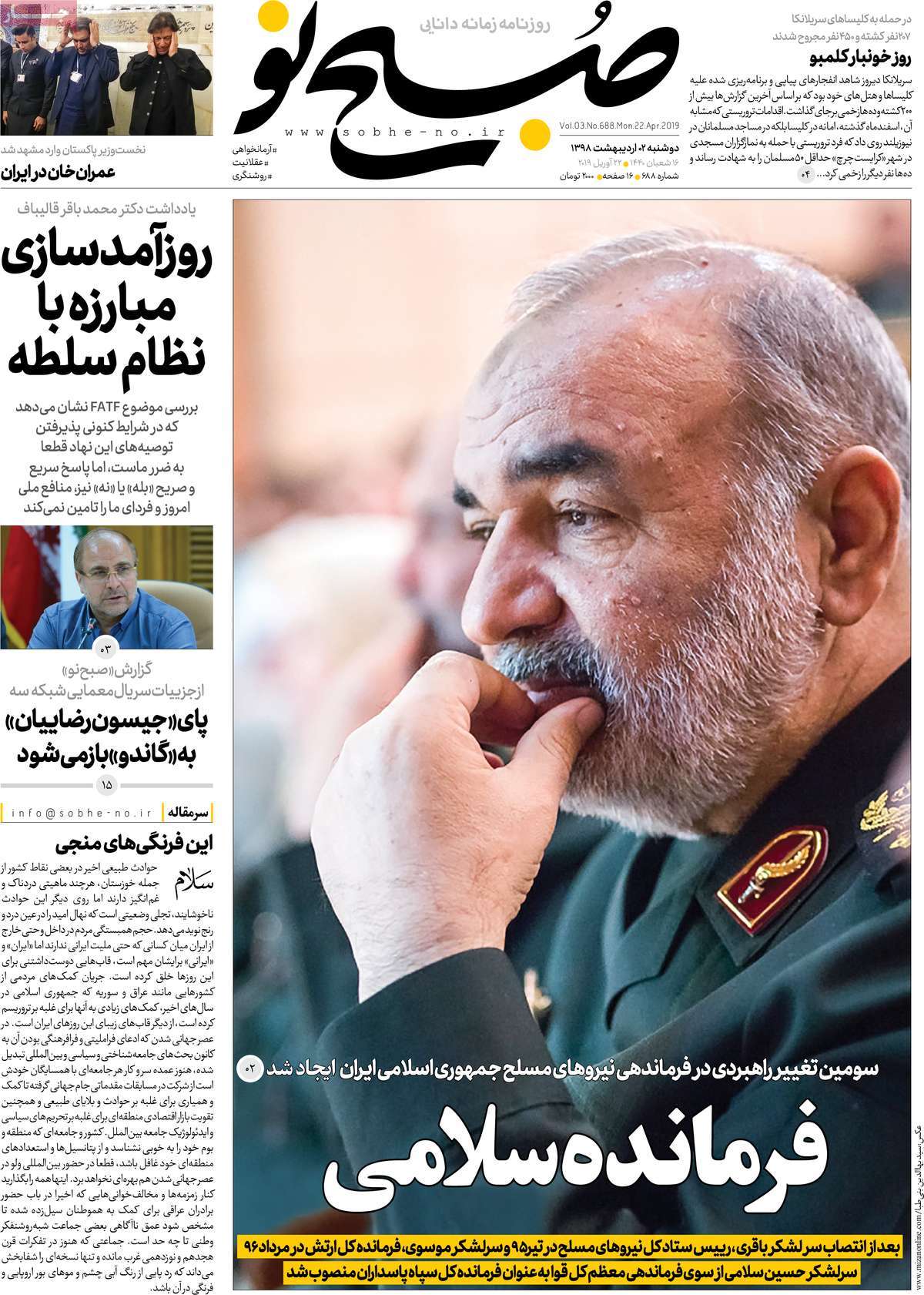 2- From Fire of Notre-Dame to Fire of Yellow Vest: A Report from Paris 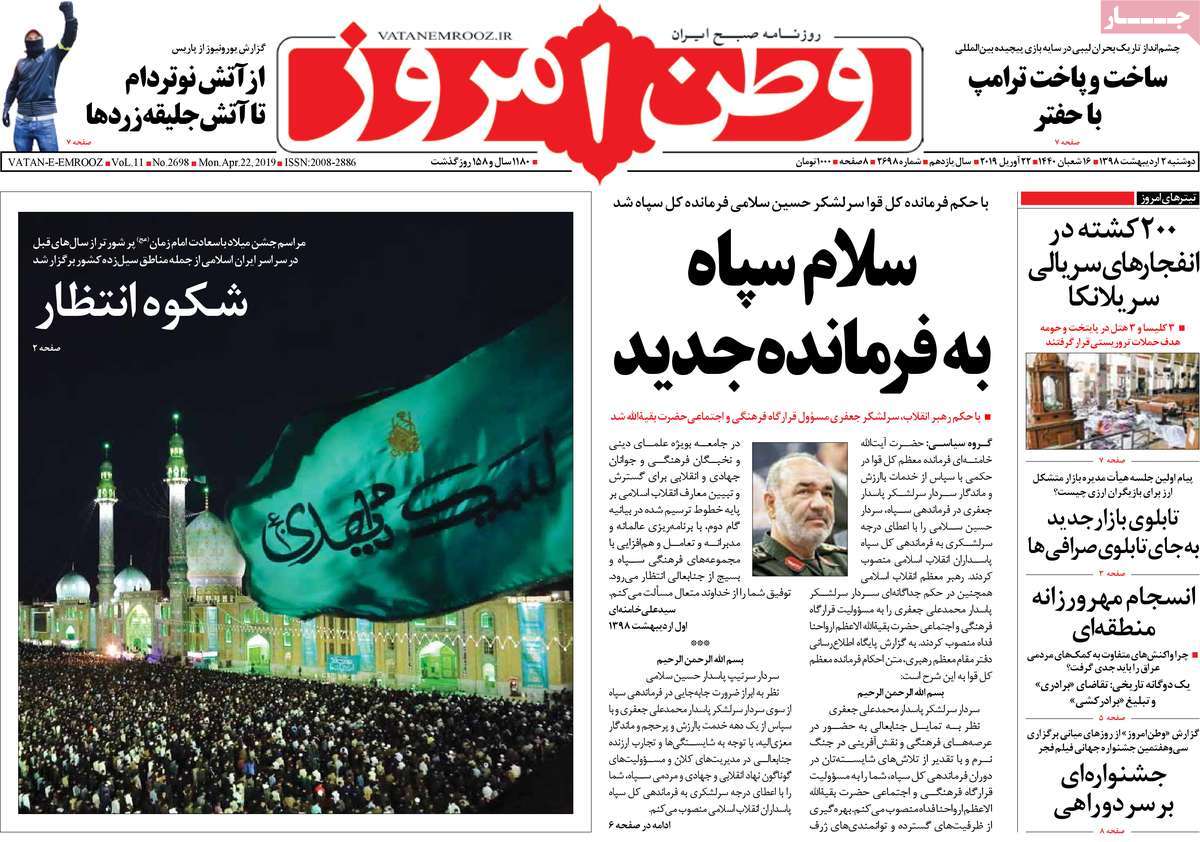