IFP has taken a look at the front pages of Iranian newspapers on Saturday, April 18, 2020, and picked headlines from 8 of them. IFP has simply translated the headlines and does not vouch for their accuracy.

1- Not Even a Single Dollar Missing
2- 50% Increase in Number of COVID-19 Fatalities in Wuhan
3- Pompeo’s Reaction to Claims about ‘Unsafe’ Movement of Iranian Military Vessels Near US Warships
4- Rouhani: Army Symbol of National Interests
5- Pompeo Holds Talks with Qatari, Kuwaiti, Emirati Counterparts on Iran 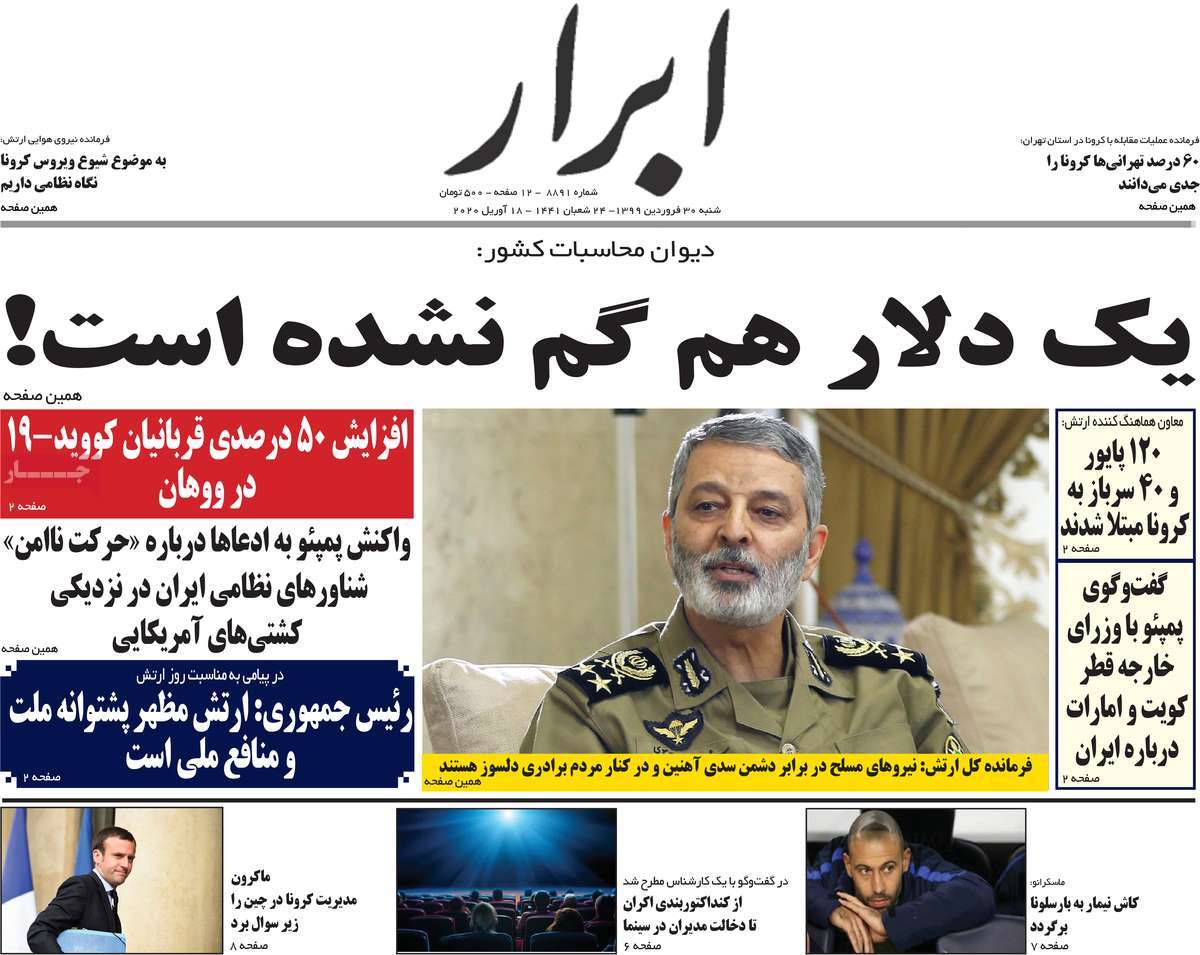 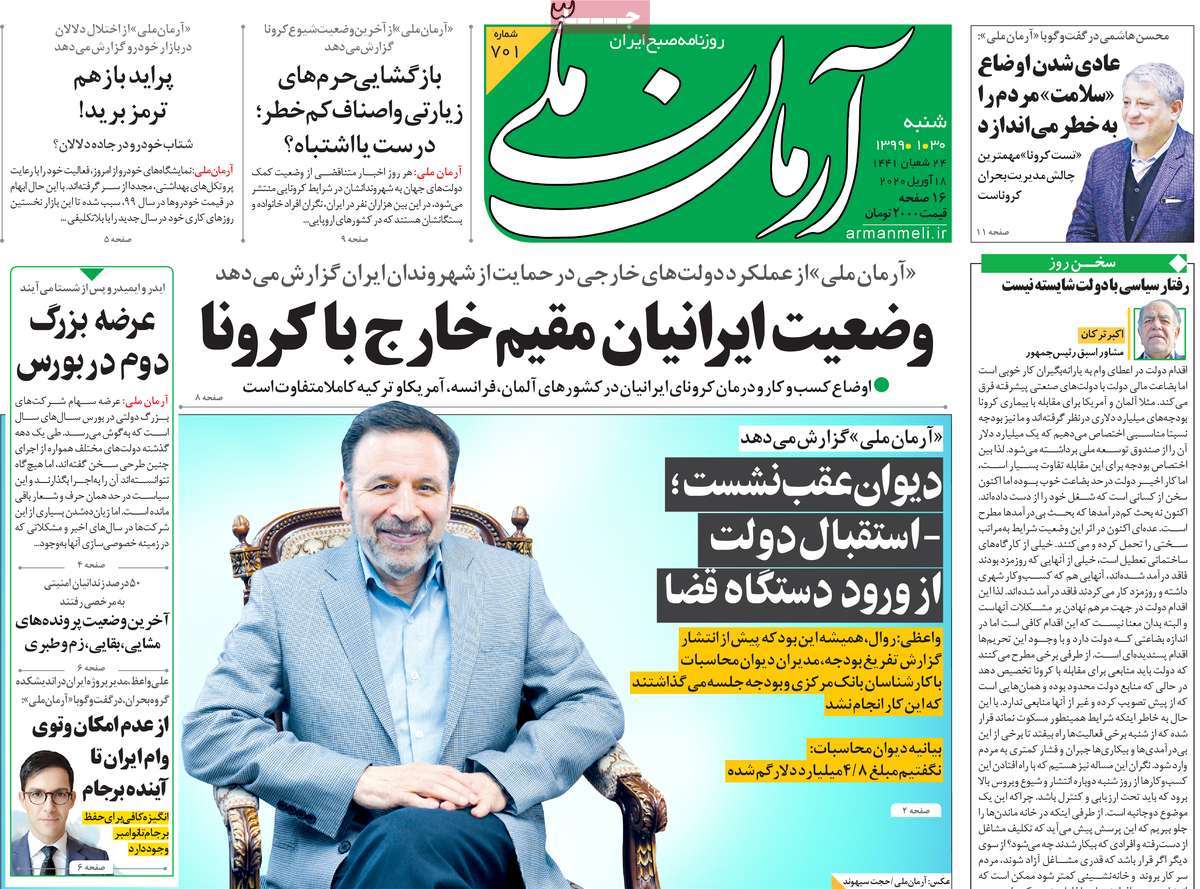 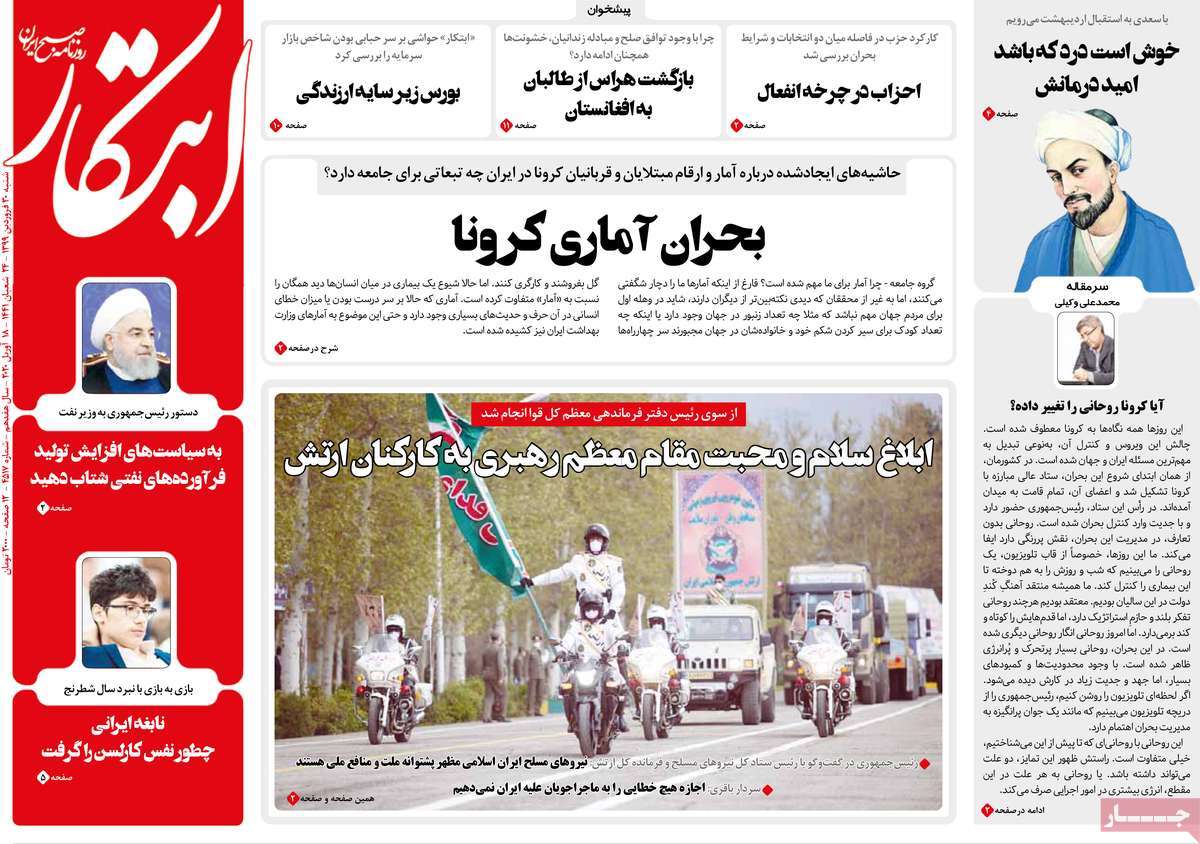 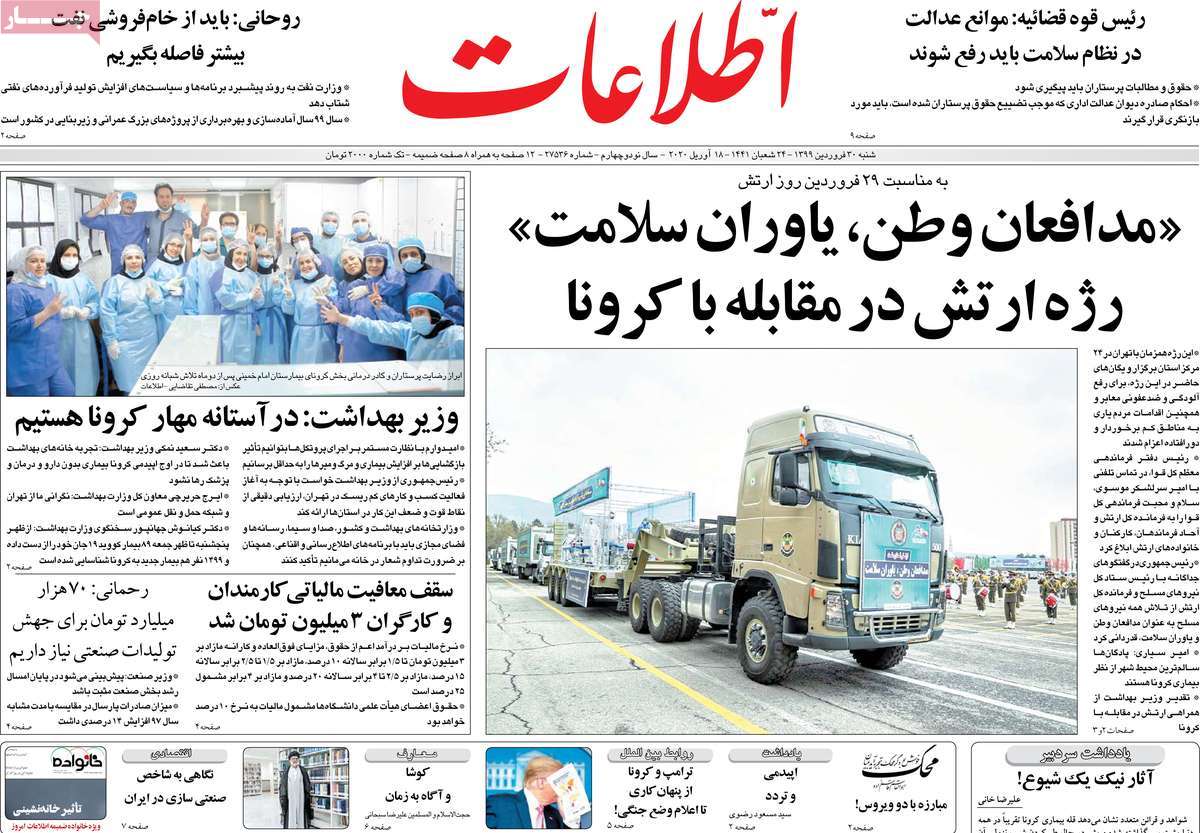 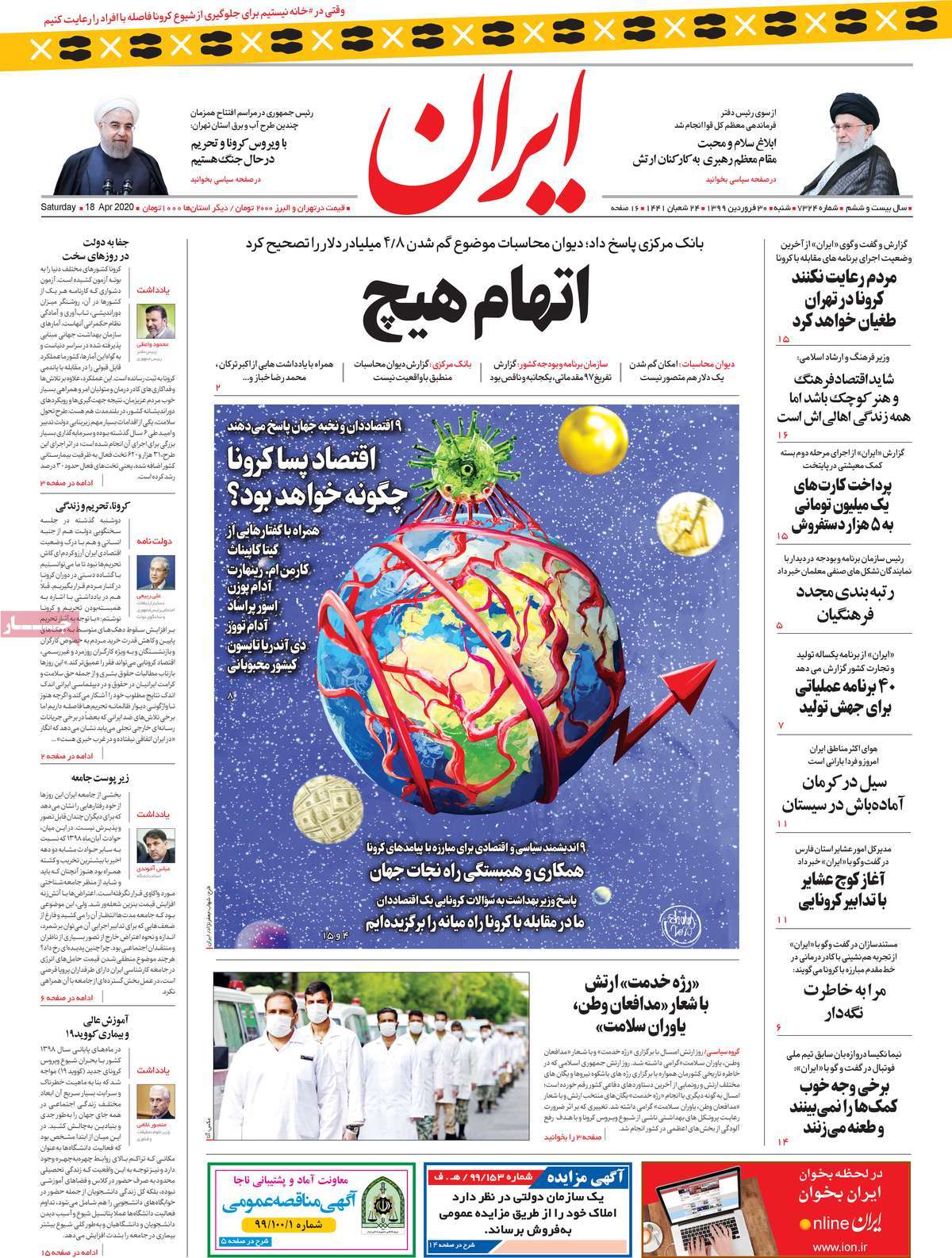 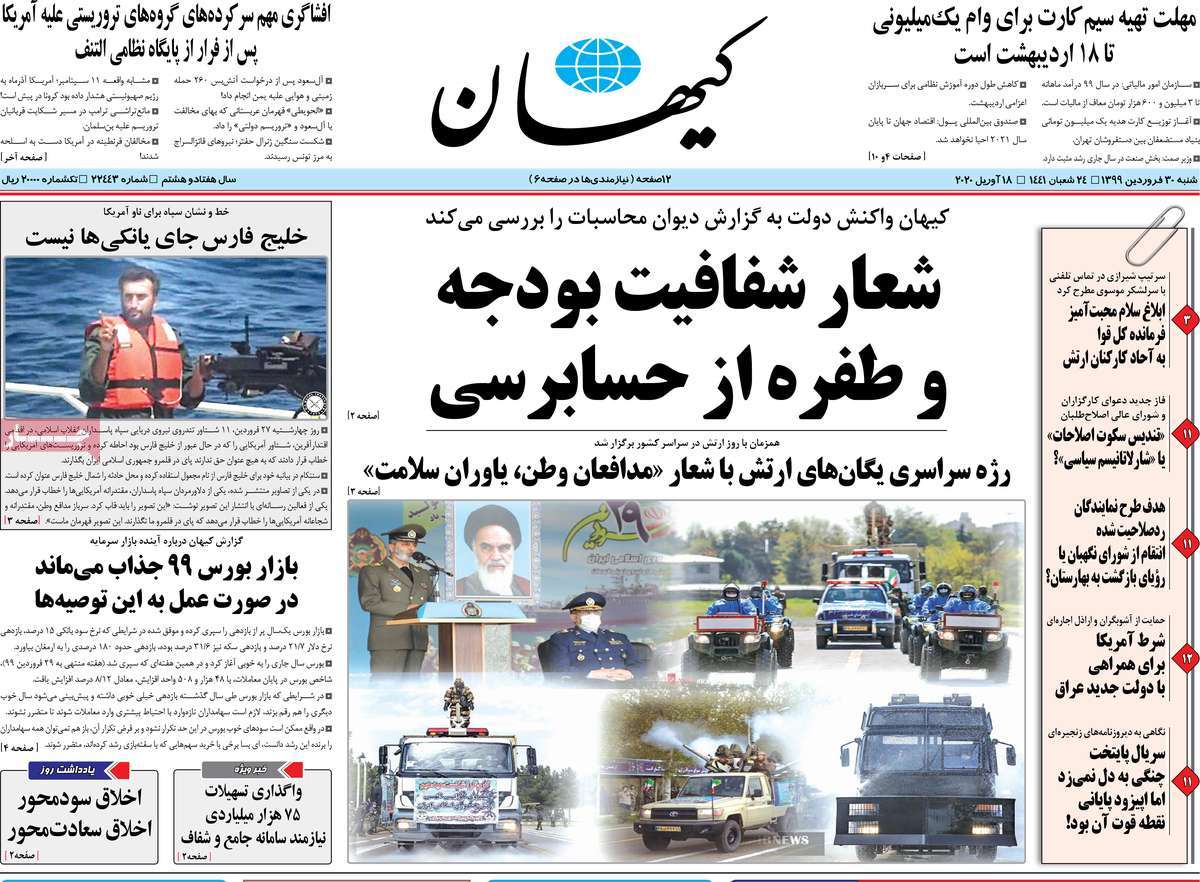 1- Iranian Boats Play with US Navy’s Nerves
* US Claims Iranian Navy’s Boats Made Dangerous Moves Around US Warships
2- Rouhani Gives Orders to Health Minister Ahead of Ramadan
3- Corona’s Economic Troubles for Trump: Protesters Pour into Streets in Some US Cities 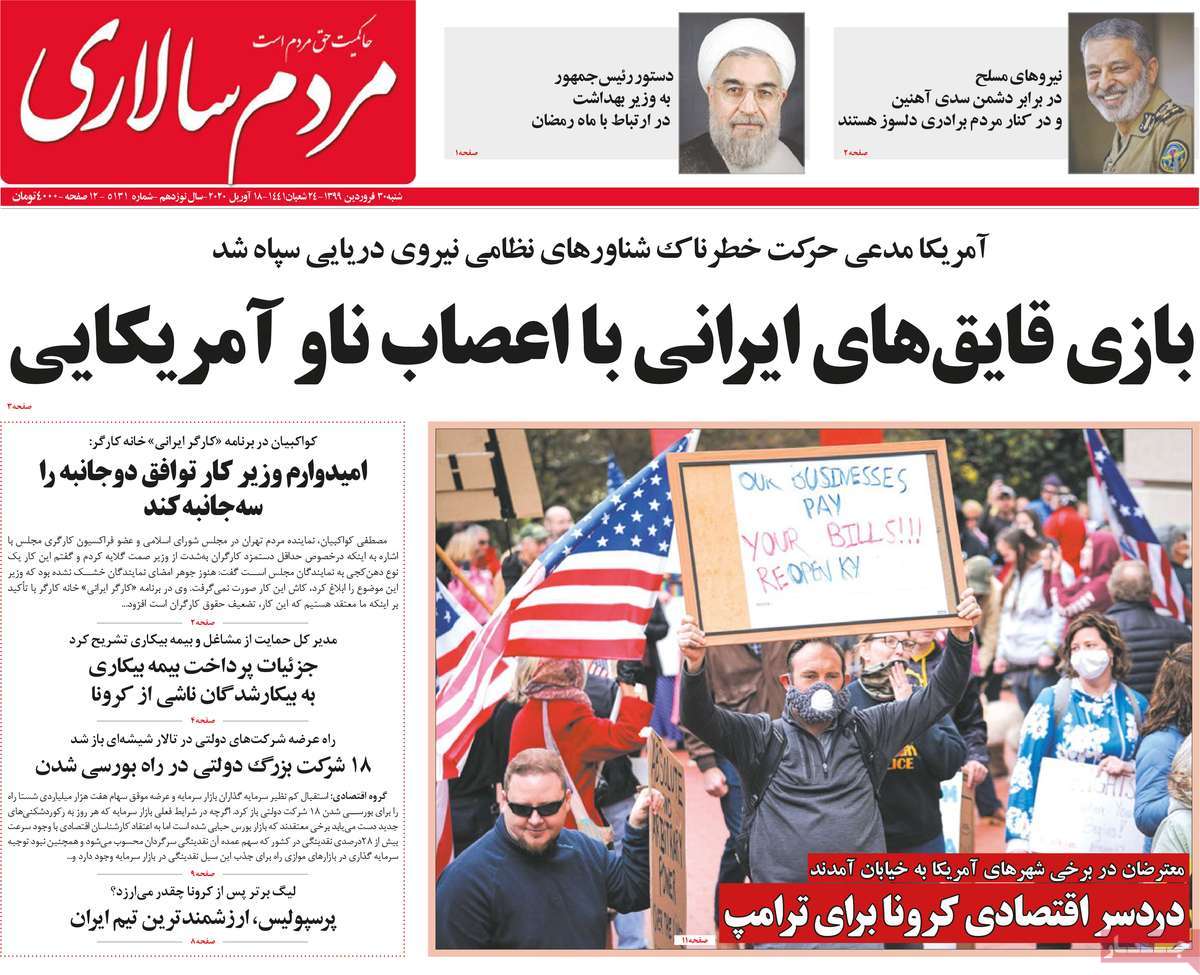 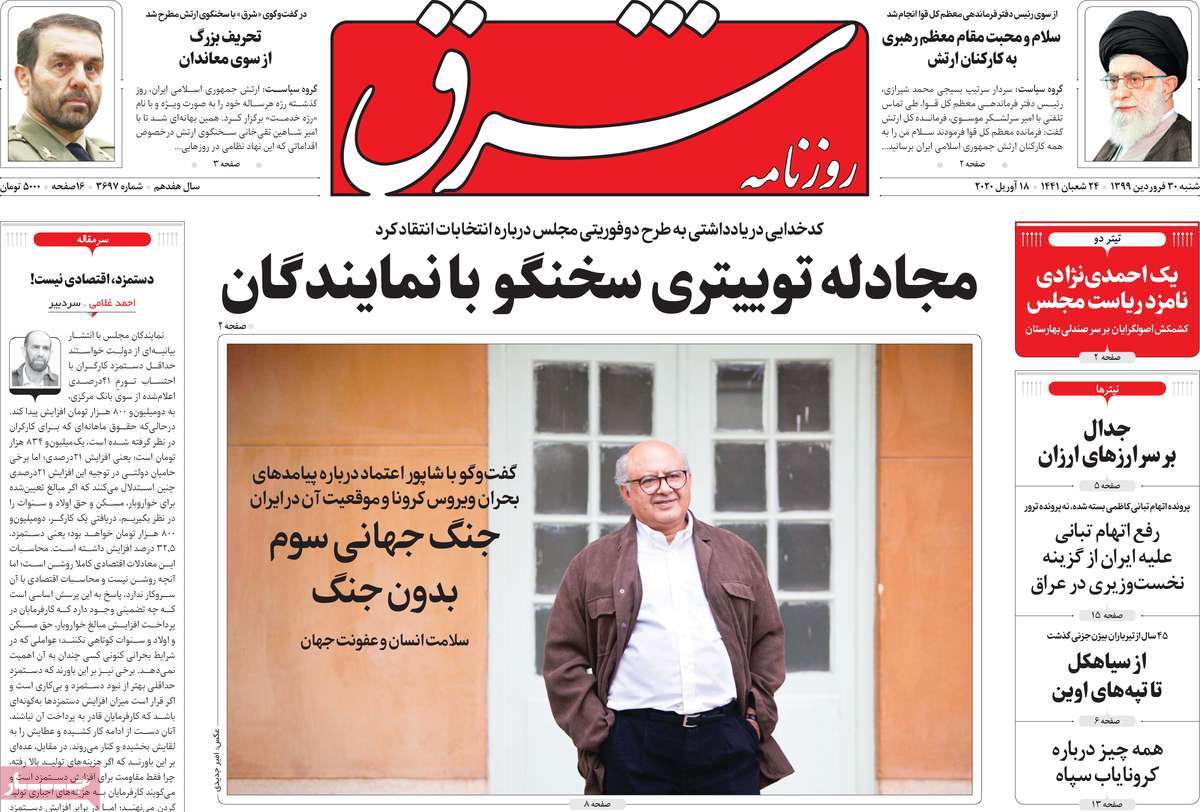