A Look at Iranian Newspaper Front Pages on April 15

IFP has taken a look at the front pages of Iranian newspapers on Monday, April 15, 2019, and picked headlines from 12 of them. IFP has simply translated the headlines and does not vouch for their accuracy.

The top story in all papers today was an “unacceptable” tweet by French Ambassador to the UN Gerard Araud, in which he claimed Iran will not need to enrich uranium even after 2025, when the JCPOA will let Iran resume its higher-level enrichment.

The move was strongly protested by the Iranian foreign ministry, which summoned the new French envoy to Tehran, and asked for Paris’ explanation. Araud later deleted the tweets.

1- Italian PM Warns against Any Foreign Interference in Libya

3- Turkey to Transfer Nusra Front Fighters from Syria to Libya 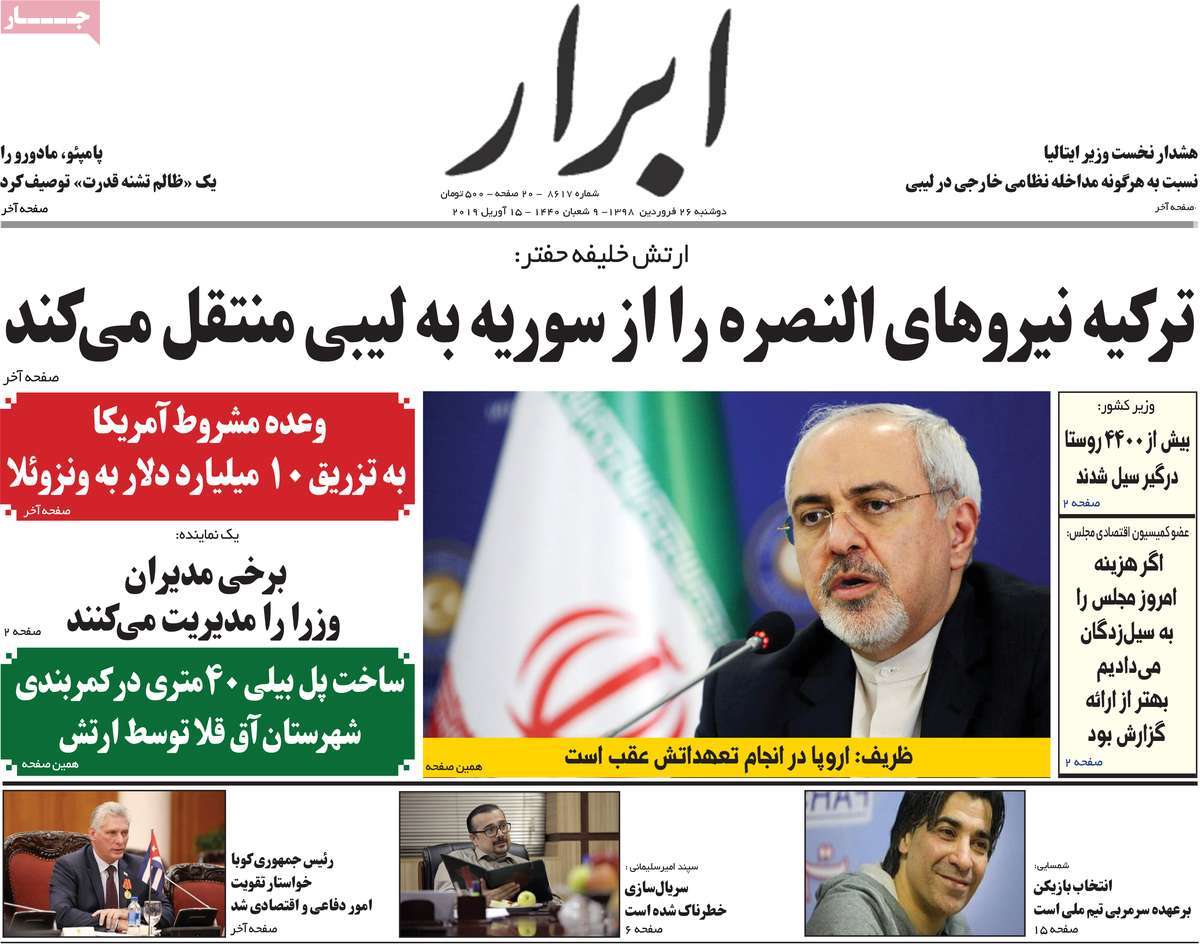 1- Tehran May Change Its Stance over JCPOA 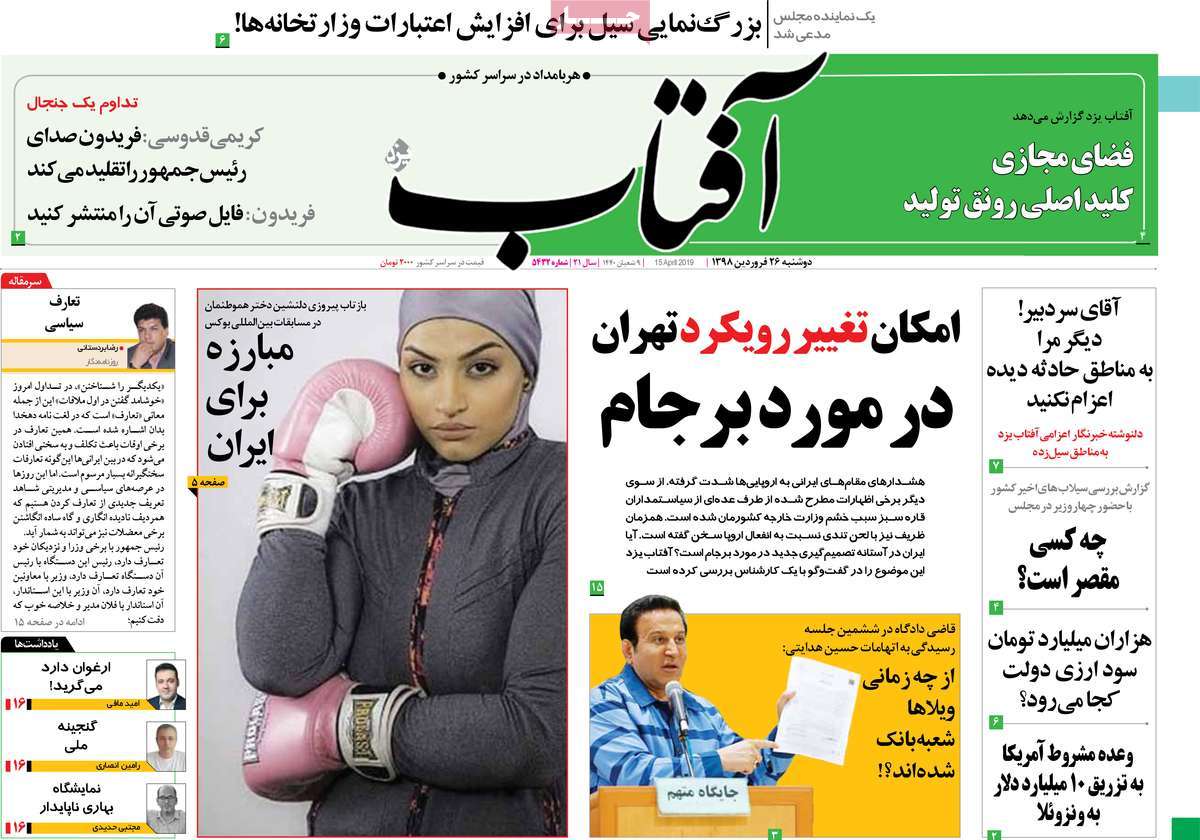 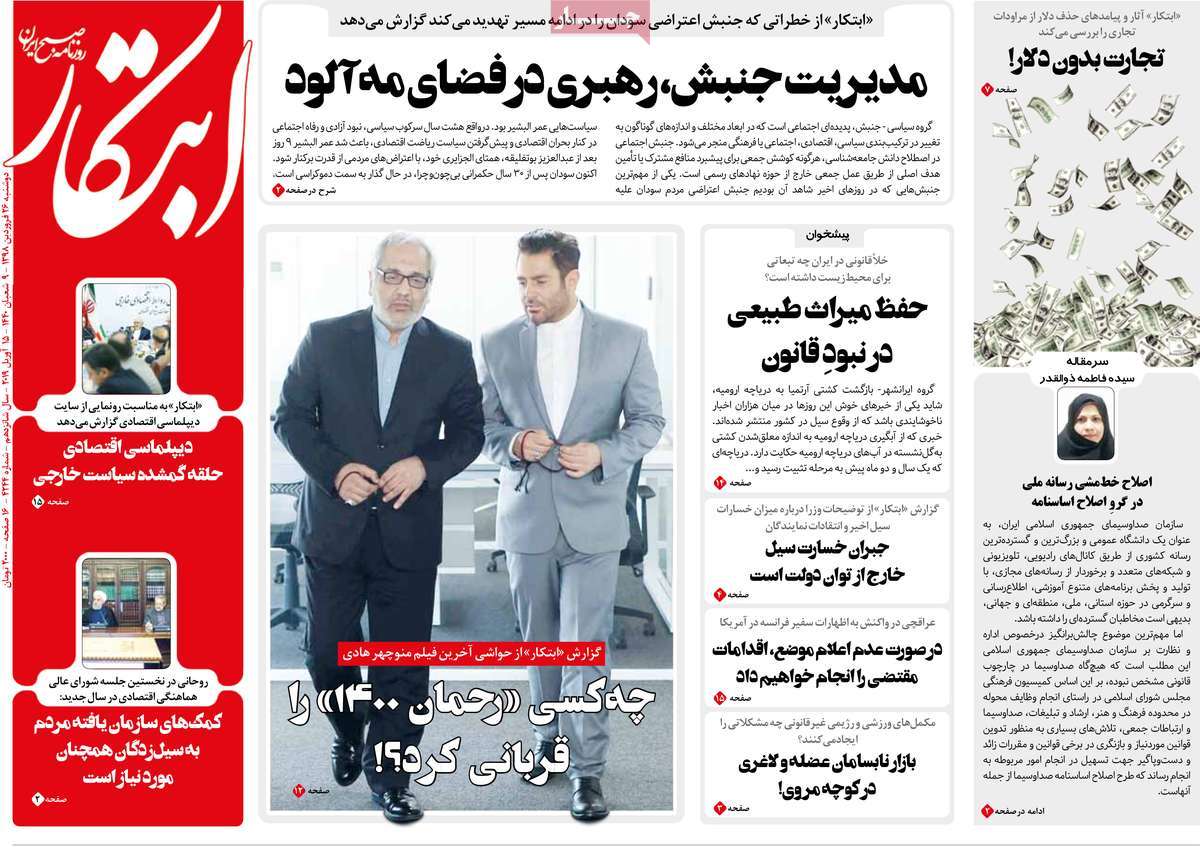 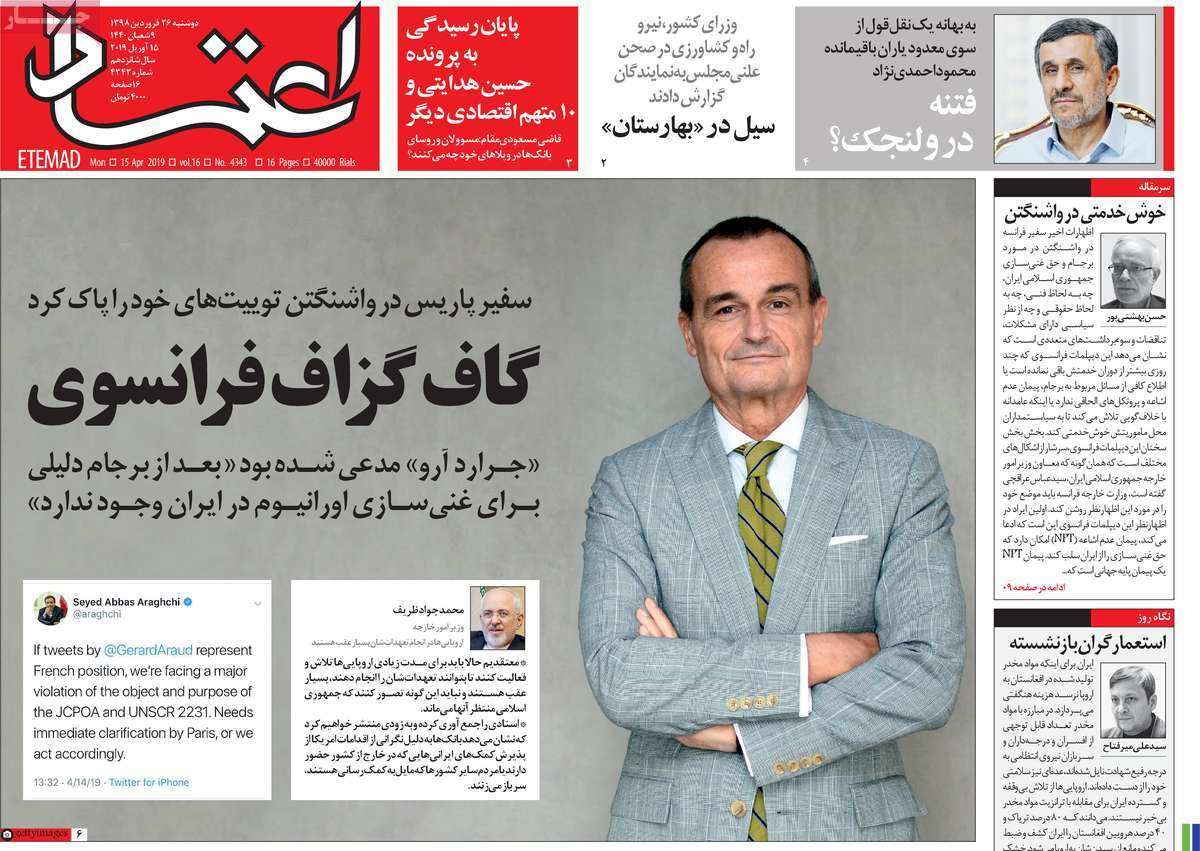 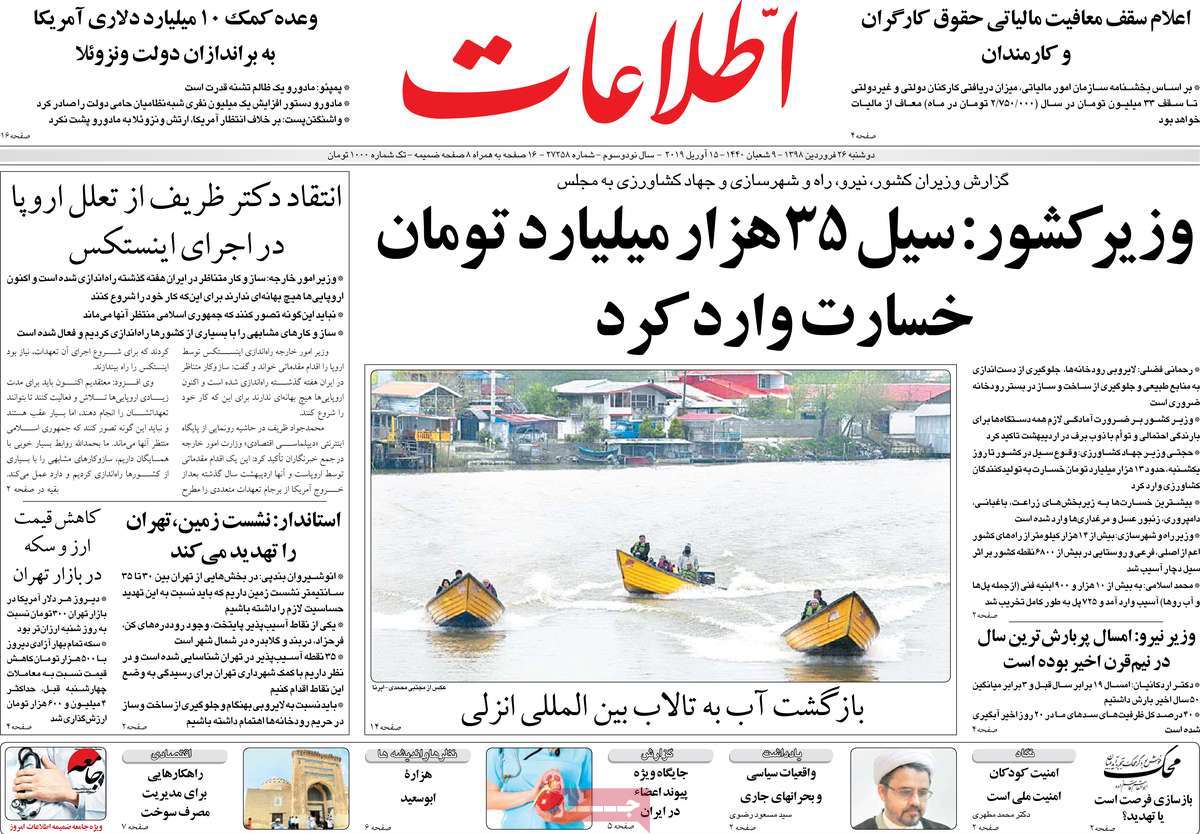 1- Zarif: Europe Has No Pretext to Delay Launch of INSTEX 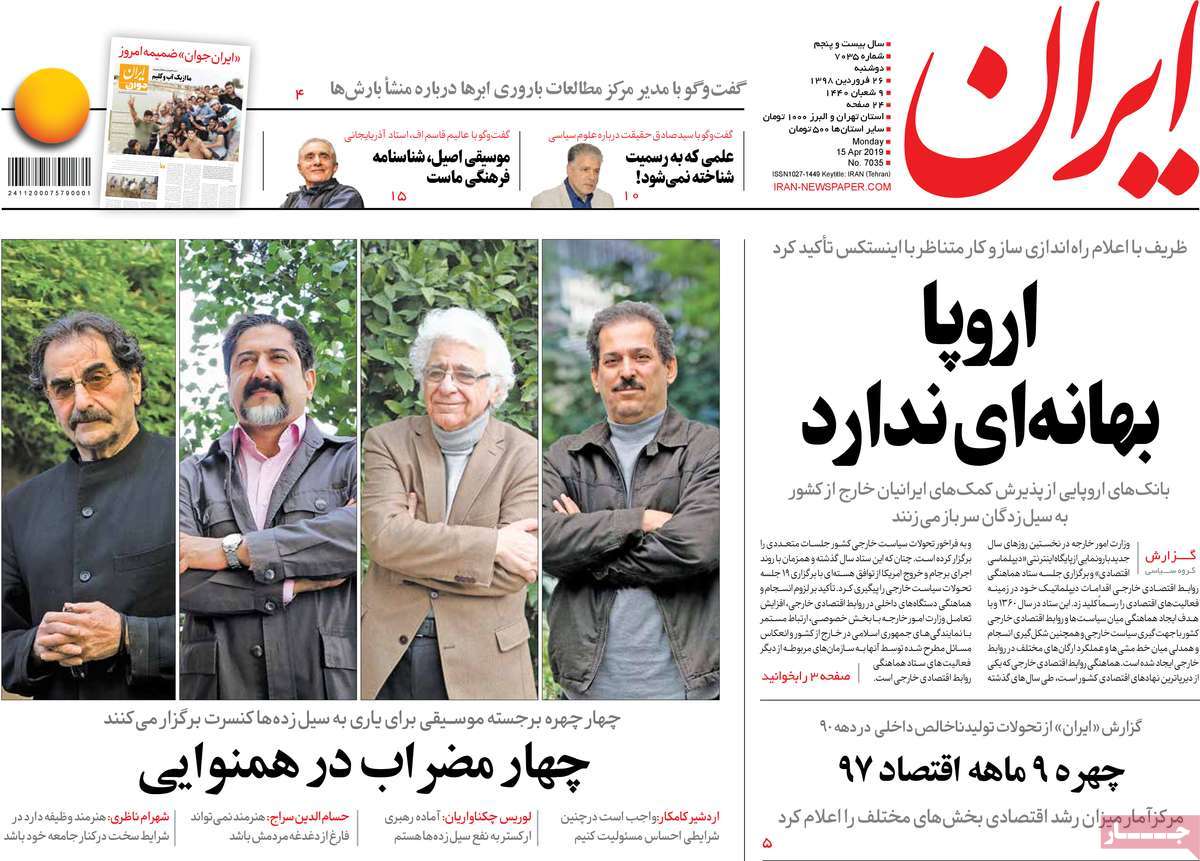 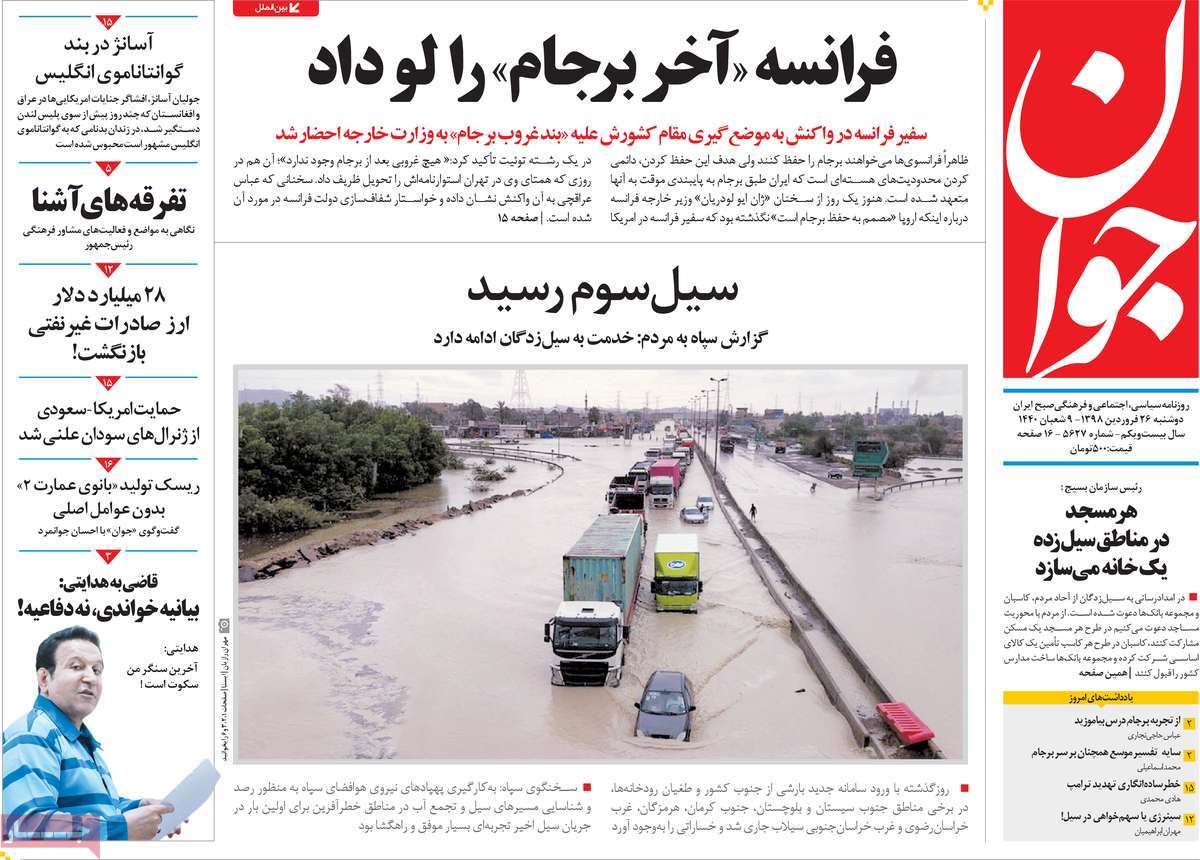 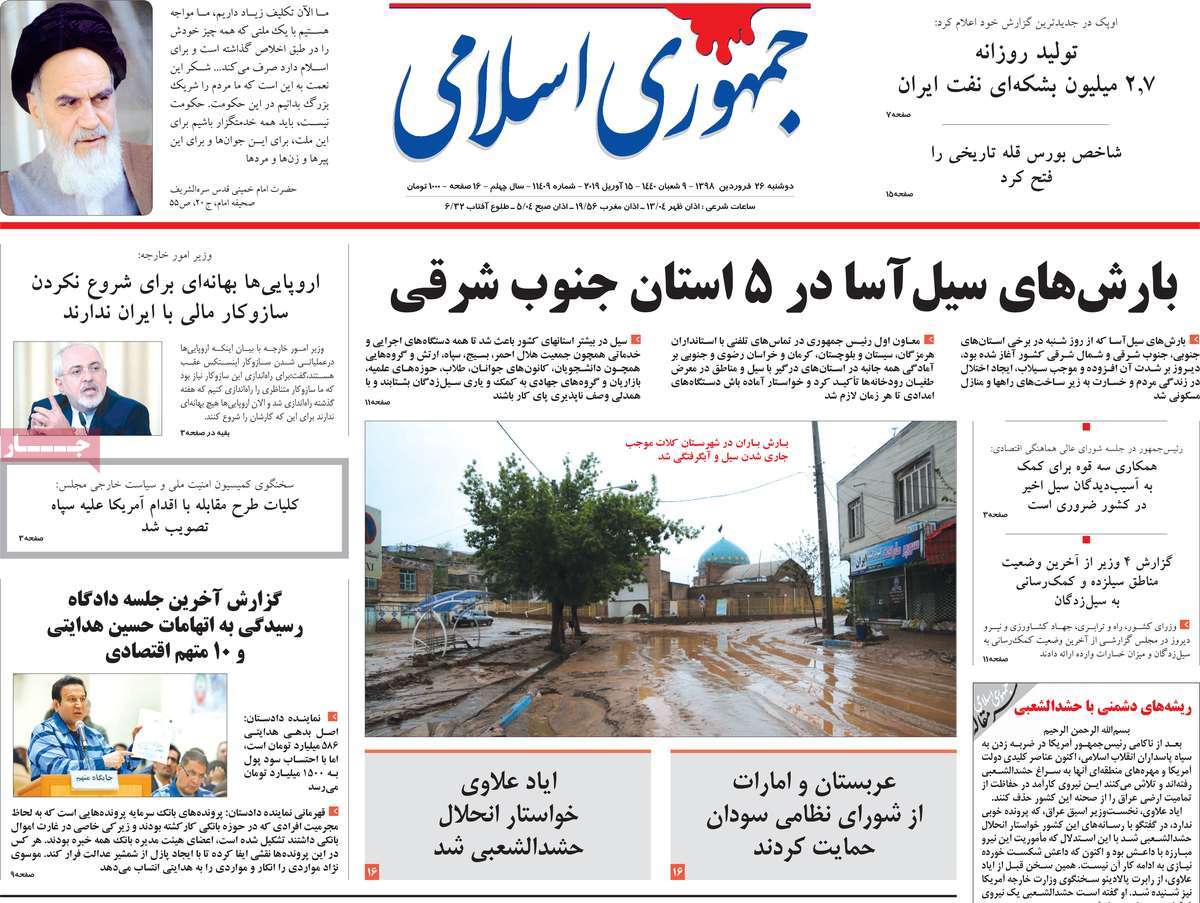 1- Some Korean Companies Gone Bankrupt after US Sanctions on Iran

2- Amid US’ Coup against Maduro; Pompeo: Iran Interfering in Venezuela’s Internal Affairs

4- France: Iran Won’t Be Allowed to Enrich Uranium Even after JCPOA 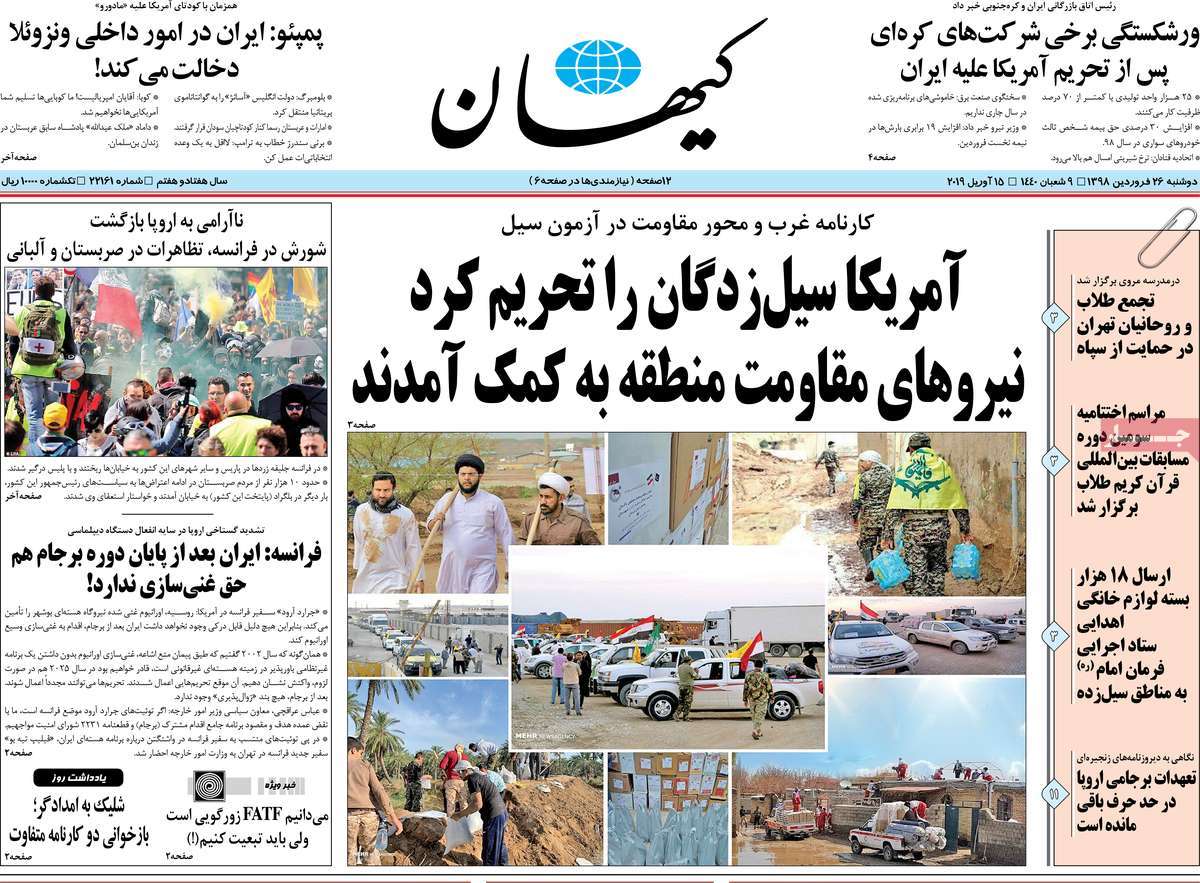 1- Controversies over Presence of Hashd al-Shaabi Forces in Iran 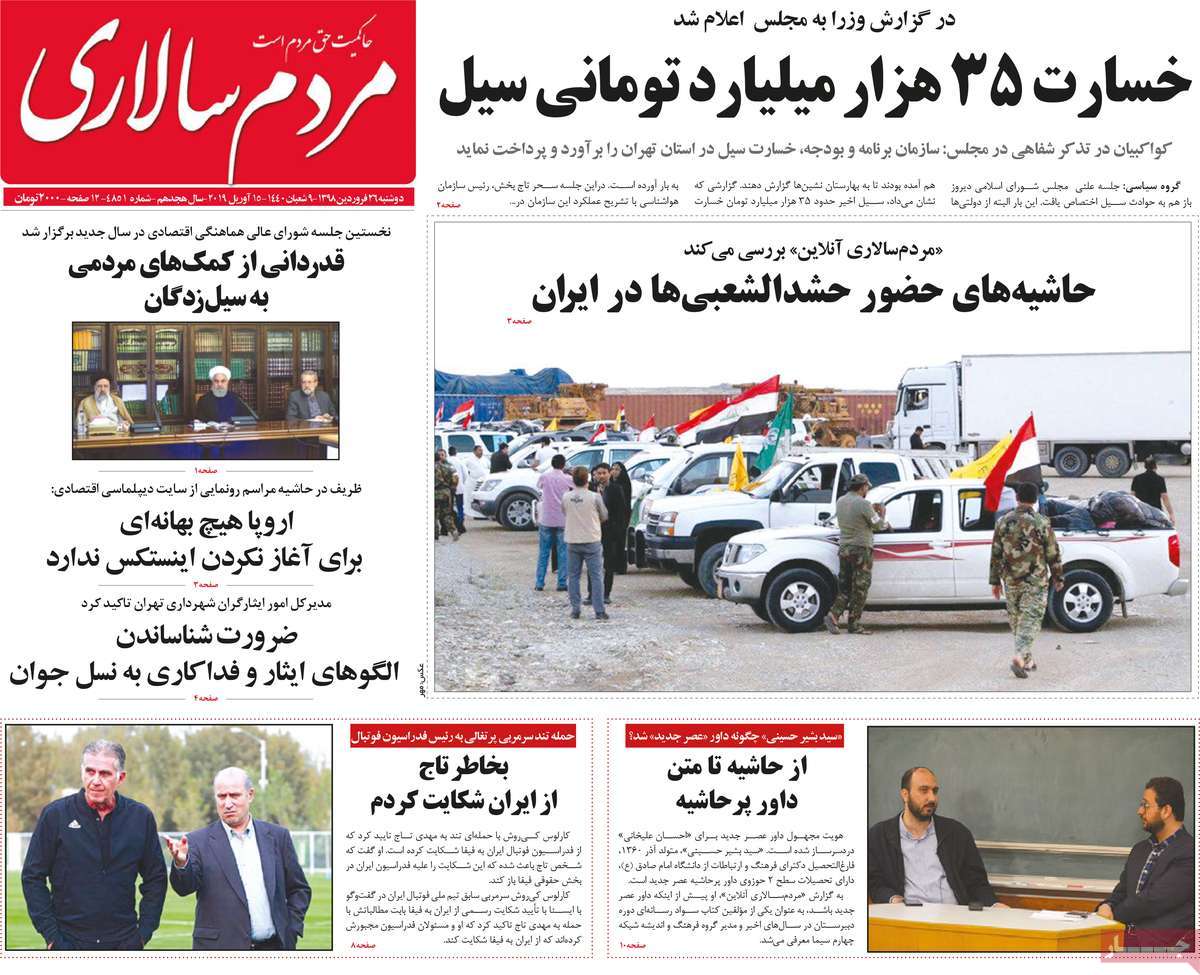 * Populists to Destroy EU by Winning One-Third of Seats 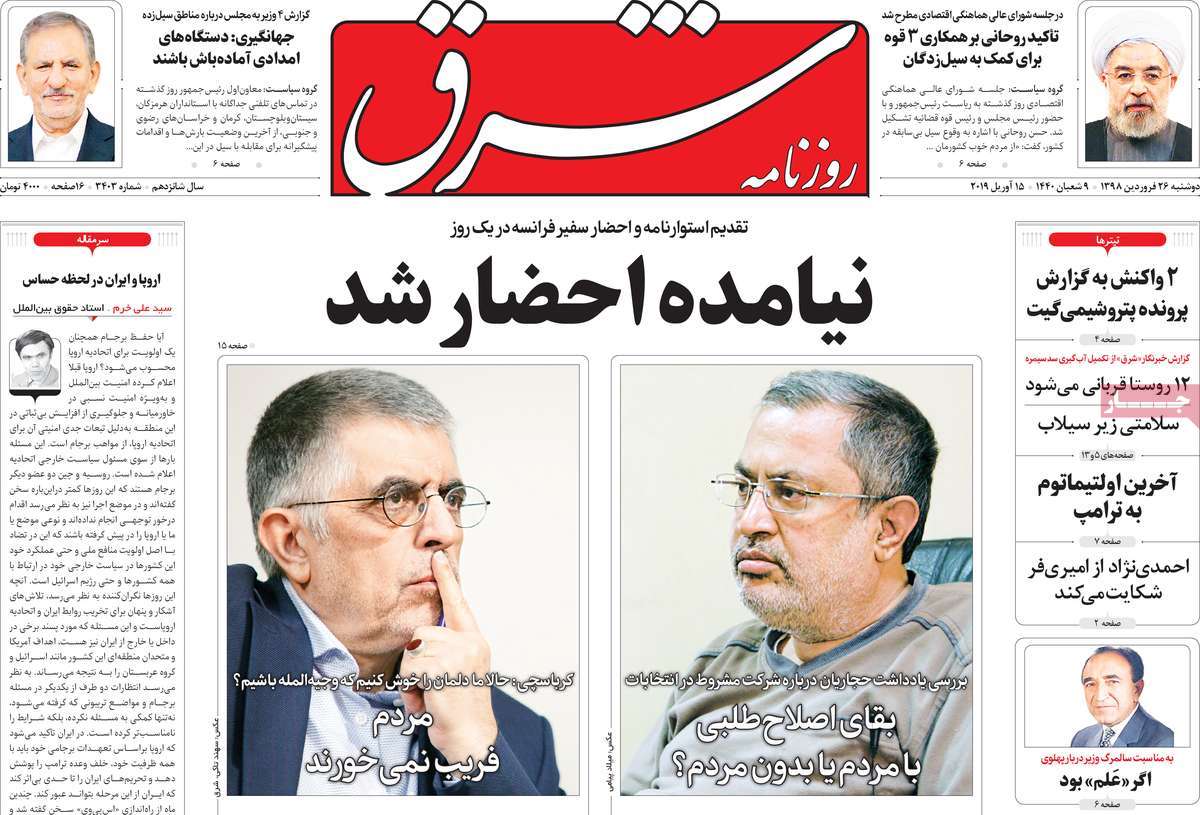 2- The Retarded Europe: When Western Parties Violate JCPOA in Turn 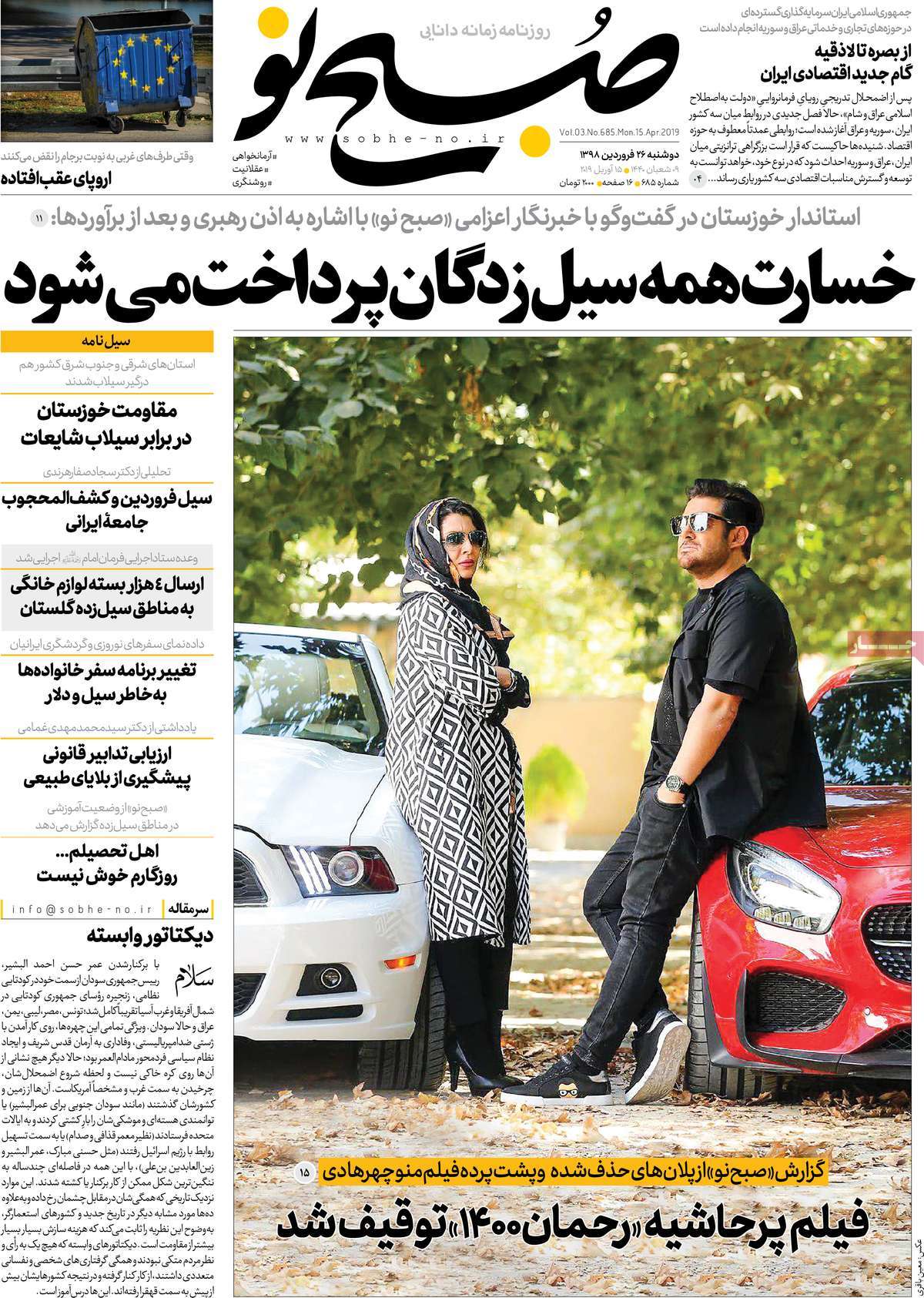