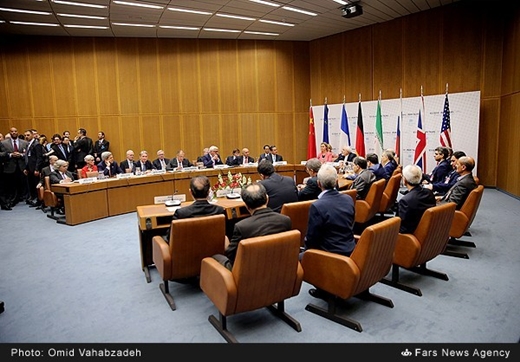 Choosing peace and coexistence over war and belligerence requires a great deal of courage.

Marathon nuclear talks between Iran and six world powers that ran for 22 long months finally culminated in a deal on July 14, 2015.

That negotiation was given priority over coercion, particularly in circumstances where there was sheer determination to secure results, regardless of proportionality or lack of proportionality between what was gained and what was offered in return, is by itself a great achievement.

Choosing peace and coexistence over war and belligerence requires a great deal of courage. Contrary to popular belief, weakness, diminishing authority and fear, whether well-founded or not, about the decline in power are the factors that contribute to war. Peace, however, comes on the back of sensible decisions which have their roots in wisdom.

IFP wishes to thank all diplomats who contributed to nuclear talks for their tireless efforts and reminds them that conclusion of a deal on one of the world’s biggest challenges won’t be the end of the line.

It is always more difficult to safeguard an achievement and live in a climate of trust, mutual respect and what President Rouhani describes as constructive interaction with the rest of the world.

There is no denying that the nuclear deal between Iran and P5+1 will have opponents. Inciting them won’t serve anyone’s interests.

Hearty congratulations to the Supreme Leader, the Iranian government and nation as well as the international community on the conclusion of this agreement.