8 Civilians Killed in ISIS Attack on NATO Convoy in Kabul 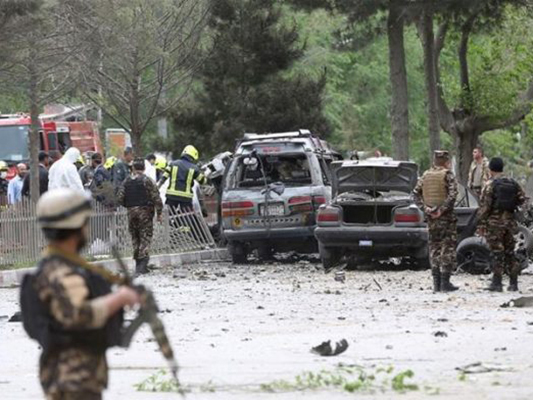 The ISIS terrorist group claimed responsibility for a deadly attack on NATO convoy in Kabul, which killed at least eight people.

The attacker blew up his explosive-laden vehicle next to the NATO convoy near a National Defence Security (NDS) checkpoint on Shash Darak road in the central Macroyan area early on Wednesday, military officials said.

At least eight Afghan civilians were killed and 22 others wounded, including three US service members, officials said.

“The injured were transferred to two hospitals in the area; the Wazir Akbar Khan hospital and the Emergency Hospital,” Wahid Majrouh, a health ministry spokesman, told Al Jazeera.

“Some of the wounded are in a critical condition,” Majrouh added.