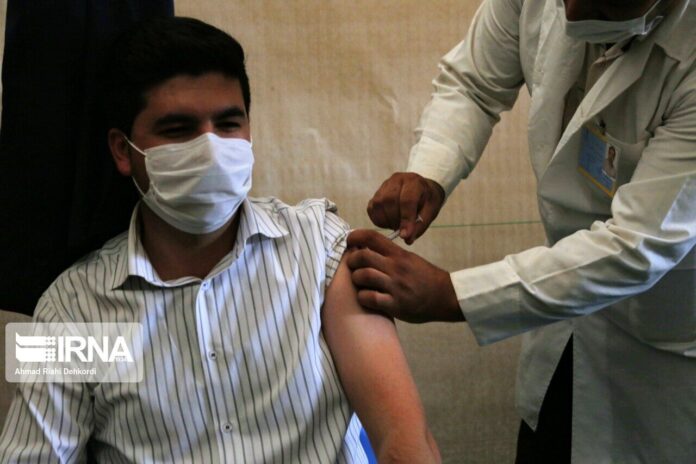 Iran’s Health Minister Bahram Einollahi says 85 percent of Iranians have received the first dose of Covid vaccine and 70 percent have been given both doses.

He was speaking on the sideline of the delivery of 5 million doses of a homegrown jab dubbed Razi Covopars. The health minister said the rate of vaccination is an amazing statistic in the world, adding that this is a sign of the Iranian people’s confidence in the Health Ministry.

Einollahi said the Covid outbreak has subsided in Iran, but there is always the possibility of a new wave, and health protocols must be strictly observed.

He noted that Iranians must learn to live with Covid, pointing out “One of the best jabs in the world has been produced in Iran, which has a lot of health, safety and effectiveness.”

Einollahi said Razi Covopars is one of the advanced and effective vaccines and Iran will use it to administer the booster shot. “At present, up to 20% of Razi Institute vaccines can be exported”, he noted. According to the Iranian helath minister, people who received Sinopharm for their first and second doses must get Astrazeneca vaccine for the third.