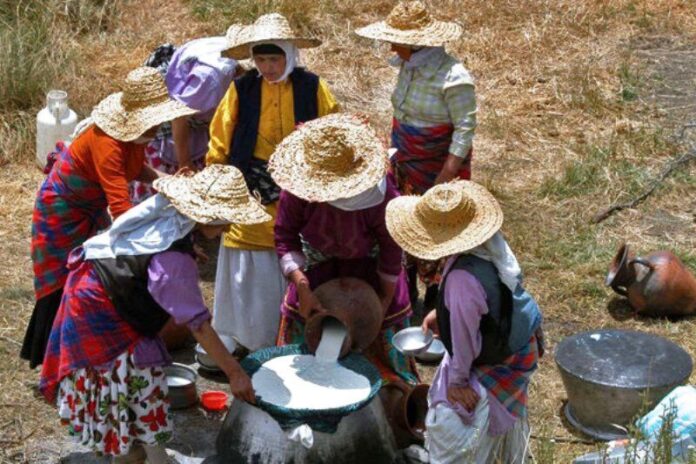 Each year in the last week of spring, the city of Dibaj in the central Semnan province hosts the ancient ritual.

Shirdoushan ritual is held each year with the main goal of saying prayer to the God Almighty and distributing milk among the poor living around a mausoleum in Dibaj.

The operation to milk a large number of sheep is held for ten days in an area close to a 2,500-year-old tree near Imamzadeh Mohammad Mausoleum.

The cattle owners begin the operation with a special ceremony accompanied by citing verses in praise of the Holy Prophet of Islam and his household. They distribute half of their cattle milk among the poor and sell the other half to provide part of the mausoleum’s costs.

Dibaj’s nomads have over 40,000 sheep, whose owners annually distribute 350 kg of milk among the poor.

The ritual is held each year on June 14. During the day, various festivities are held including music, standup comedy, setting up dark tenets, sheep shearing and spinning. Some contests are also held and the winners are rewarded.

Dibaj is a city in the Central District of Damghan County, Semnan Province, Iran. At the 2006 census, its population was 2,504, in 680 families. Dibaj is located 55 kilometres north of Damghan, in the heart of the Alborz mountains.