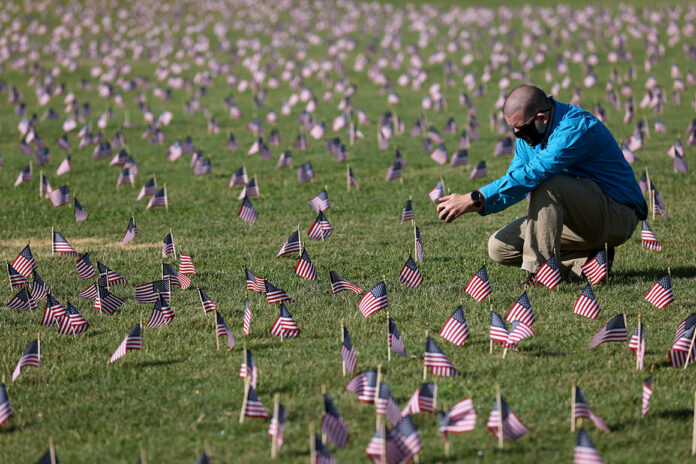 Johns Hopkins University (JHU) has reported as of last Wednesday 353,000 Americans died from Coronavirus during the first nine months of Joe Biden’s tenure. The number was 352,000, nine months into the outbreak of the pandemic under Donald Trump.

More Americans have died from COVID-19 during President Joe Biden‘s first nine months in office than during the first nine months of the pandemic under Donald Trump’s presidency, according to data from the JHU.

Despite widely available vaccines and Biden‘s pledge to handle the coronavirus better than his predecessor after taking office Jan. 20, Johns Hopkins’ Coronavirus Research Center reported that, as of Wednesday afternoon, 353,000 Americans had died this year. That surpassed the 352,000 who died from March 2020, when the pandemic started, to December, when the Food and Drug Administration (FDA) first gave emergency authorization for vaccines.

In a congressional briefing Wednesday, officials with the Coronavirus Research Center stated that although delta variant cases and hospitalizations have declined for several weeks, vaccine hesitancy continues and testing has lagged.

“So I would say the simple strategies are, first, to listen to what the concerns are and try as best as possible to understand them,” said Dr. Bill Moss, the center’s vaccinology lead.

“If it’s due to misinformation or disinformation, having the right messenger convey that information to the target audience is really critical, and that’s a person who the community or individual trusts, whether that’s a religious leader or a celebrity or sports figure,” he added.

Some Republicans and conservatives have blamed Biden for the increase in deaths.