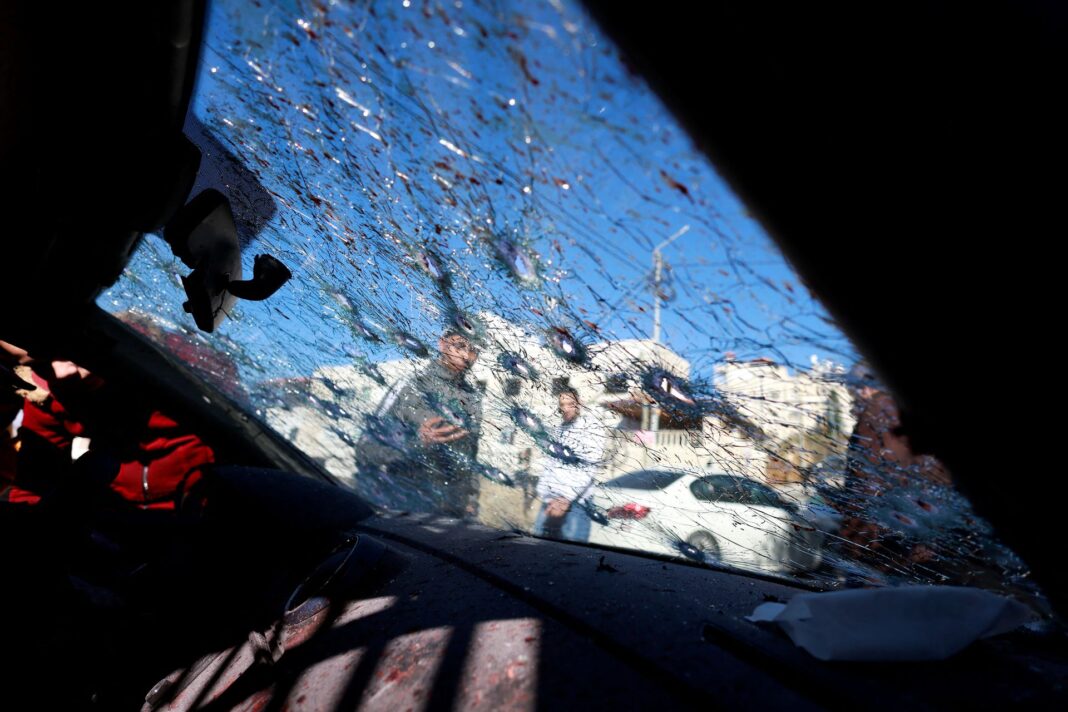 Israeli forces opened fire on Tuesday at a car in the northern West Bank city of Nablus, killing three Palestinians.

The Ministry of Health confirmed the death of the three Palestinians, who were identified as Ibrahim Nabulsi, Adham Mabrouk, and Mohammad Dakhil.

The health ministry announced in a press statement that “the three citizens were martyred as a result of the Israeli occupation’s direct shooting at them in the city of Nablus.”

Footage of the assassination showed a car riddled with bullet holes as a number of soldiers were standing next to it. The soldiers left the area after the attack.

The PA’s Foreign Ministry has also described it as a “field execution.”

Israel claimed the Palestinians were responsible for shooting attacks at army posts in the Nablus area.

Israel’s Minister for Military Affairs, Benny Gantz praised the Israeli military and other participating organizations over the criminal operation, which he described as “preventive” and “proactive.”

The Israeli regime occupied the West Bank in a heavily-Western-backed war in 1967. Ever since, it has been dotting the territory with hundreds of illegal settlements, besides imposing the strictest of restrictions on the Palestinians’ freedom there.