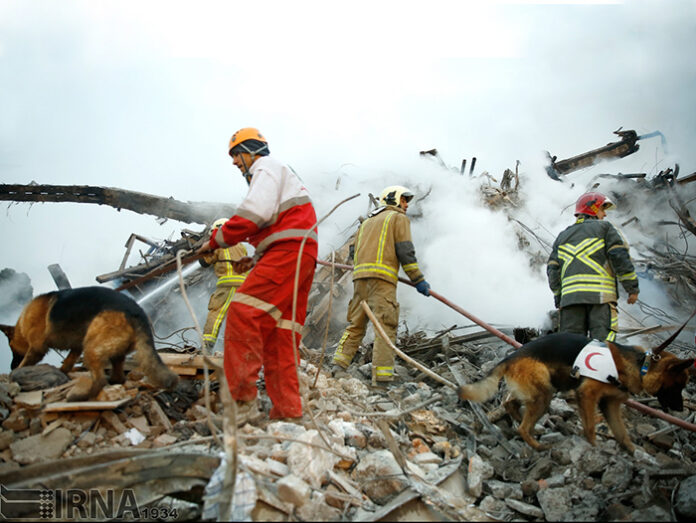 An Iranian official announced that 16 firefighters and 9 others have gone missing in the deadly collapse of Plasco building in central Tehran, and efforts are underway to find the bodies.

According to a report by IFP, Jalal Maleki, the Iranian Firefighting Department Spokesman, announced that the bodies of two firefighters have been taken out of the collapsed Plasco building’s rubble.

Therefore, he added, the number of firefighters who have lost their lives so far is increased to three.

He also pointed to the number of people reported to be missing, and declared that the maximum number of victims will be 25 in case no one survives the deadly collapse.

Meanwhile, the debris removal operation is still underway, and according to Mohammad Baqer Qalibaf, the Mayor of Tehran, the complete removal of Plasco building debris will take five or six days.