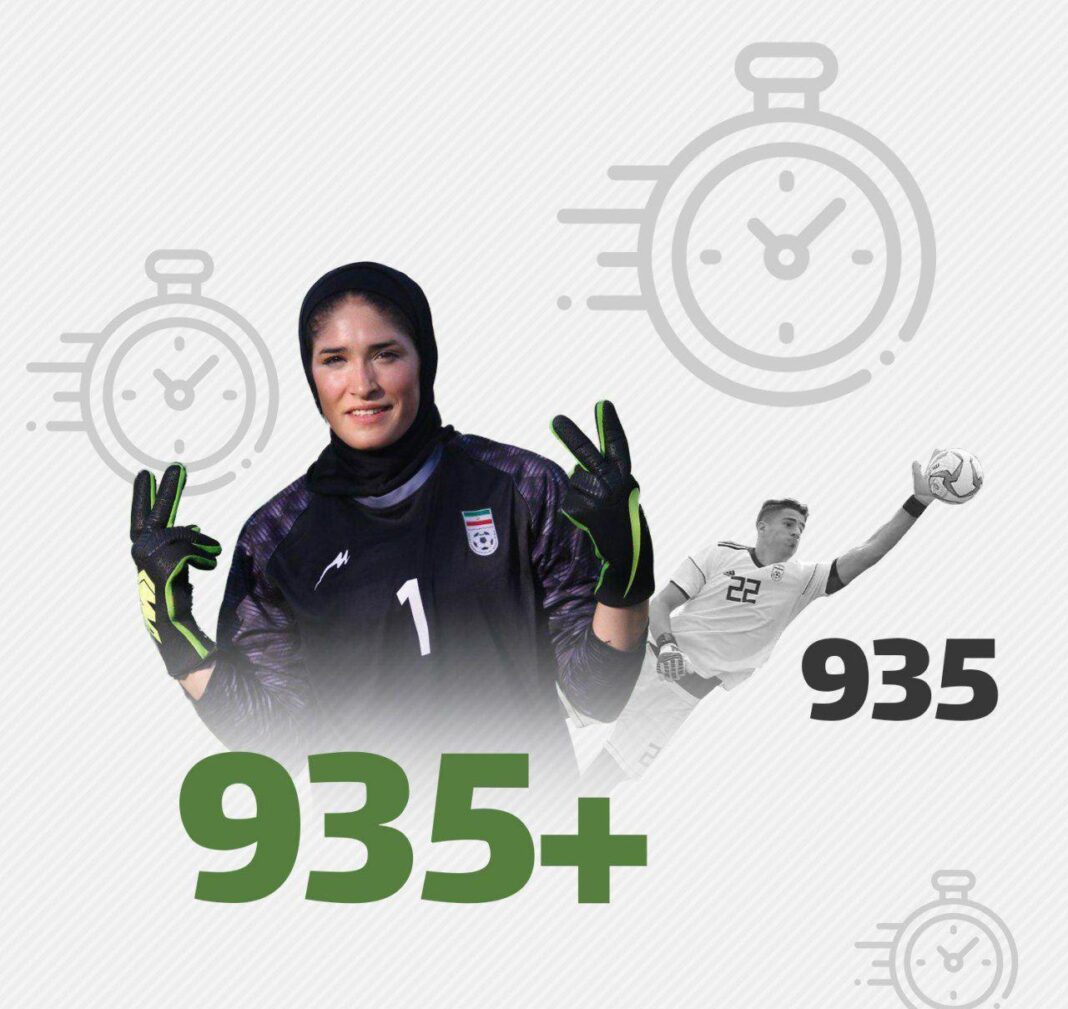 Zahra Khajavi, a goalkeeper playing for a women’s football club in Iran’s Kurdistan Province, has broken the country’s clean sheet record after not conceding a goal for 950 minutes.

Niyazmand had kept an extended clean sheet for 896 minutes, but Zahra Khajavi could break his record when her team, Vachan Kurdistan women’s football club, played against the Municipality of Bam on Friday.

Zahra could beat the clean sheet record in Iran, although she let in a goal in the 50th minute in the Friday’s match.

She has played for the Iranian national women’s football team for 11 years, and has been playing in the women’s pro league for six years.

Zahra began his career as a footballer when she was 9 years old.

The young and experienced goalkeeper of the national team has played for various local clubs, such as Pas Hamedan, Oshtorankooh Azna, Municipality of Bam, Rahyab Melal Sananadaj, and Vachan Kurdistan.