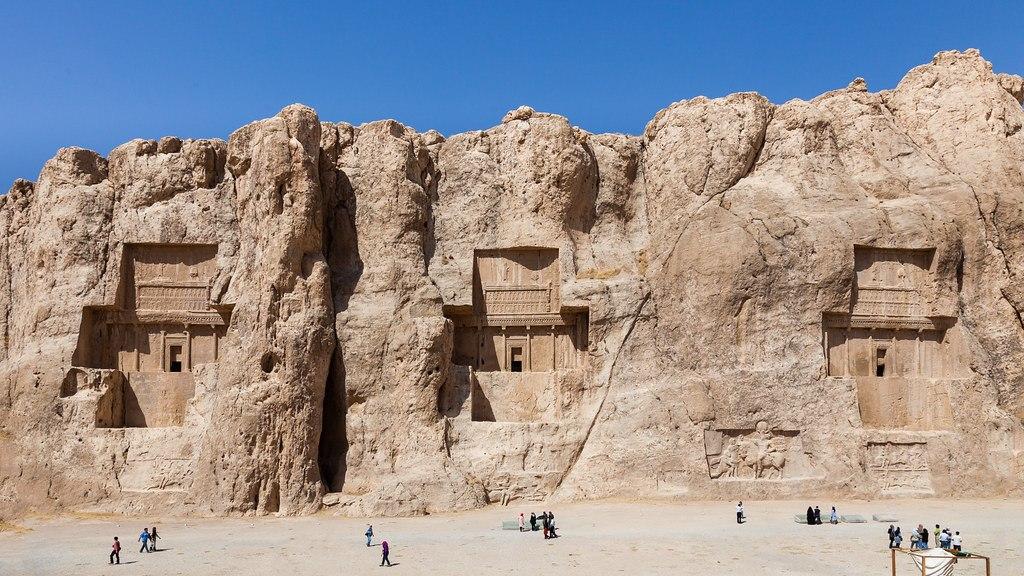 Archaeologists say the inscriptions were unearthed from Kuh-Hussein walls and the tombs of Achaemenid kings.

In the historical complex of Naqsh-e-Rasam, there are several monuments, including carvings that have not yet been discovered.

Naqsh-e Rostam, the site where the inscription was found, was a necropolis and religious centre about 12 km northwest of Persepolis, the ceremonial capital of the Achaemenid Empire. However, some of the relics on the cliffs may date as far back as the pre-Iranian Elamite period.

Fazlollah Habibi, an archaeological expert of Persepolis World Heritage Site, says a large number of Sassanid reliefs have been unearthed in Naqsh-e Rostam.

“Throughout the Sassanid era, carvings on rocks, antiquities, stones, and coins continued and numerous inscriptions of Sassanid kings, priests, elders and ordinary people have remained.”

He went on to say that studies conducted since the time of Ernst Emil Herzfeld show more than 98% of the Pahlavi script inscriptions on the slopes of the city of Istakhr and Naqsh-e Rostam are tombstone carvings.

“However, recent expert visits to Kuh-Hussein and the tombs of Achaemenid kings have revealed other Pahlavi inscriptions, most of which do not include tombstones. They are private inscriptions about the construction of Naqsh-e Rostam, the shepherd community’s views as well as prayerful monographs. These releifs were discovered in the winter of 2020.”

Habibi further noted that many of these inscriptions, which include over twenty writings in Pahlavi script, not only are amazing, but also show the ignorance of the archeological community about the numerous works on Naqsh-e Rostam necropolis.

“Most of these inscriptions have been so damaged by erosion and the passage of time that they cannot be read; therefore, this has led to many problems in deciphering them.”

Habibi also pointed out that these inscriptions had been finally read by Abolhassan Atabaki and are ready to be published in scientific journals.

These inscriptions, which are written in Pahlavi script belong to the late Sassanid period and the early Islamic era.

According to experts, Naqsh-e Rostam necropolis and its surroundings will attract the attention of the archeological community in the near future, and also will create an important tourist site on the tombs of Achaemenid kings.