2 Suicide Bombers Blow Themselves Up in Saudi Arabia’s Jeddah 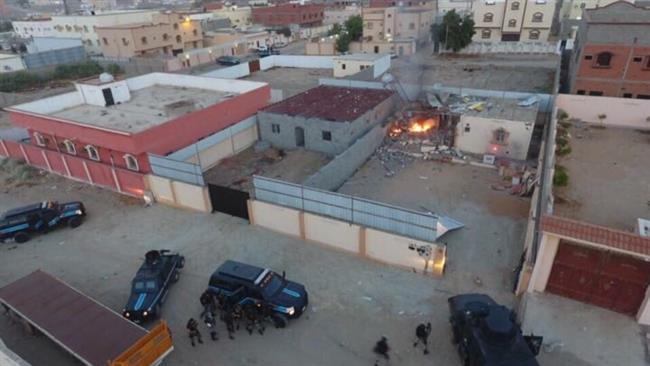 People in eastern Jeddah, a port city in Western Saudi Arabia, heard the sound of several gunshots on Saturday morning, which were reportedly followed by two suicide bombers exploding themselves.

The exchange of fire and suicidal attacks happened in Al-Harazat district in eastern Jeddah, according to a Farsi report by Al-Alam.

Local sources said there was also an explosion in a building after it was sieged by security forces.

Smoke can also be seen in the footage released of the armed fight and gunshots in Jeddah.

Saudi officials have yet to comment on the fight.