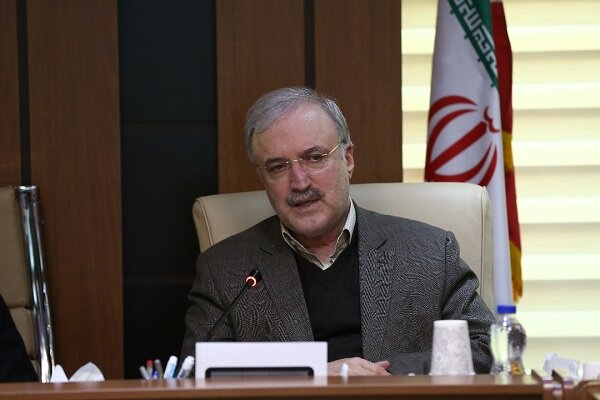 Iran's health minister says the first wave of the coronavirus outbreak in the country has been contained.

Saeid Namaki said the achievement was secured with the cooperation of all medical personnel and other relevant institutions.

“Since the very early days, one of our plans was to limit travel and gatherings which contributed to the spread of the disease,” said the minister, speaking in an interview regarding the latest decisions made by the national committee set up to tackle the coronavirus outbreak.

He noted that most public centres were closed with the cooperation of authorities, but of the persisting concerns was people’s nonessential travel.

“Despite all sanctions, the first wave of the epidemic was controlled with the cooperation and help of all my colleagues at the forefront of the treatment of the disease and the fight against its spread,” he said.

The minister noted that now a new set of measures have been put in place to tackle a possible second wave of the spread of the virus.

As a case in point, he said, decisions have been made on which businesses should be closed and which ones can remain open to offer services to the public.

“Supermarkets and businesses selling people’s basic needs will be open 24/7, and people shouldn’t be worried about this,” said the minister.

Based on the new measures, he said, travel within and between cities and provinces will be further restricted.

“Of course, we have determined a period of time for the return of travellers and we will allow them to return to their homes during that time,” he said.

“This plan will definitely be instrumental in containing the spread of the coronavirus,” he noted.

The health minister underscored that there are enough hospital beds in the country to go for every patient.