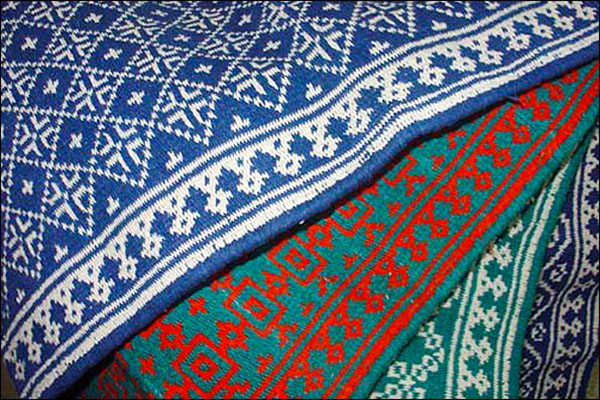 An analysis of structural techniques and designs shows that Zilu, although looking like a simple hand-woven thread rug, has a profound cultural richness and depth of thought.

Mahdi Najafian, head of the Ferdows Cultural Heritage Organization, in an interview with the Iranian Students News Agency (ISNA), South Khorasan Province, said: “Zilu is a type of rug and floor covering that is woven with thread.

It has major similarities to Hasir mats (made of plant fiber). Zilu is a traditional, historical creation, and one of the original arts of the city of Ferdows. In his travel stories, Nasir Khusraw (1004-1088) mentioned the existence of 400 Zilus in the city of Toon.”

He spoke about the provenance of this artform, saying, “In the weaving and the patterns, Zilu has major similarities to Hasir, mankind’s earliest-known hand-woven item. It also, like Hasir, was mainly used in holy places like mosques and temples. Therefore, we can surmise that Zilu weaving may have evolved from Hasir weaving, or else perhaps the Zilu industry was inspired by Hasir.”

Most people can tell the difference between Zilu and Kilim, since the two hand-woven products have major differences in their raw materials and also in their weaving styles.

There are complicated weaving techniques in Zilu, ones which are rarely seen in Kilim, or in any other hand-woven product. Zilu, since it’s made of cotton, suits an agricultural and village lifestyle perfectly, whereas Kilim is more adaptable to livestock farming and nomadic lifestyles.

Kilim is made of wool, and is thus suitable for cold regions. Zilu, with cotton thread as its base material, is more appropriate for hot regions, especially on the borders of the desert. It seems, however, that Zilu weaving is at a more developed stage than Kilim.

Contrary to other Iranian carpet types, Zilu has a limited variety of colours. The colours which are used, like those in other regions, were locally produced.

Generally, Zilu is categorized into three types based on colour and function. White and blue ones are mainly used in mosques and holy places. The red and blue ones are used inside houses, while green and red ones are of the highest quality.

The town of Meybod in the central Iranian province of Yazd is among the major zilu weaving hubs in the country. In December 2018, and after the necessary reviews were conducted, Meybod was introduced as a global town of zilu by the World Crafts Council. 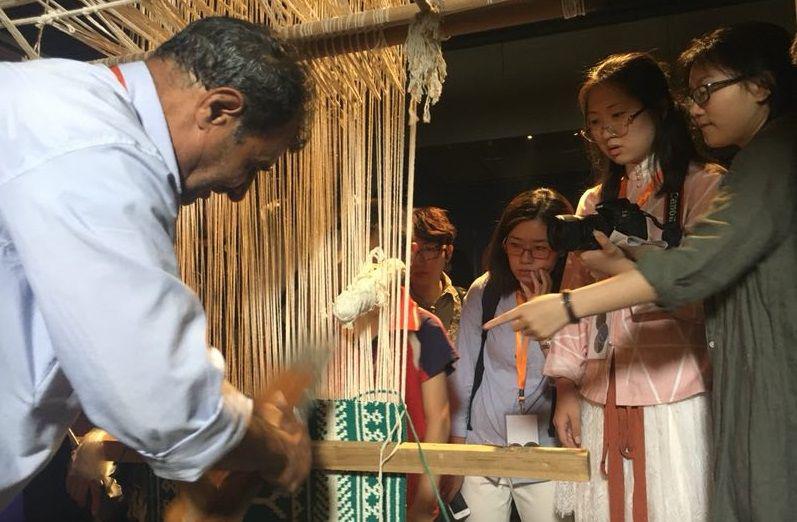 Moreover, the zilu weaving museum at the historical Shah-Abbasi Caravanserai (dating back to the Safavid era) is one of the major attractions of the town.

Some 55 exquisite zilus woven in Meybod are on display at the museum, which is comprised of two sections: the new zilus and the old zilus.

The oldest zilu showcased is the one belonging to the Great Mosque of Meybod. The Zilu dates back more than 615 years.

The following are photos of the museum courtesy of IRNA.