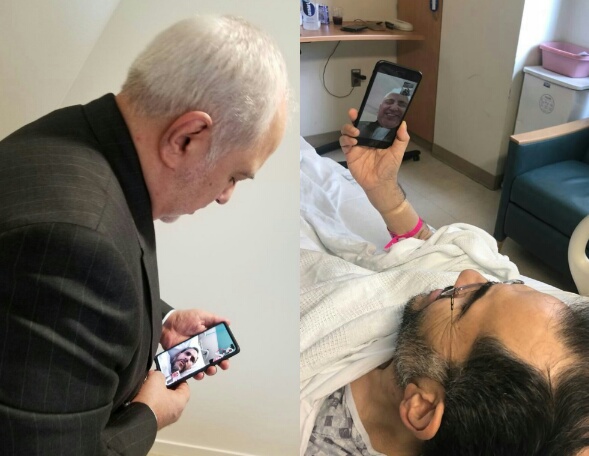 Foreign Minister of Iran Mohammad Javad Zarif has had a video chat with the country’s UN ambassador who has been hospitalized in New York, after the US barred the top diplomat from visiting the patient.

The American authorities have forbidden Zarif from visiting a New York hospital to see Iran’s UN Ambassador Majid Takht Ravanchi, who is under cancer treatment.

Zarif is currently in New York for the 74th annual session of the UN General Assembly.