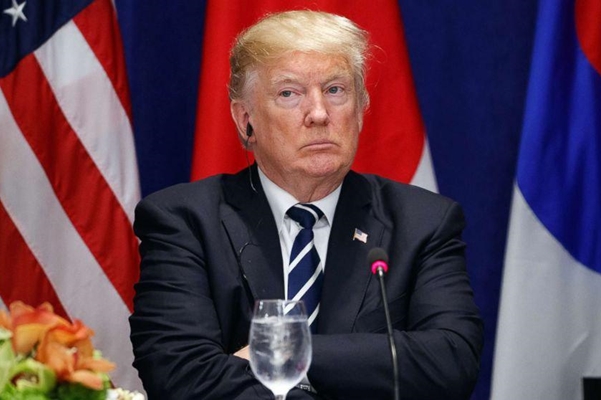 US President Donald Trump’s decision to blacklist Iranian Foreign Minister Mohammad Javad Zarif has come after the latter rejected the former’s invitation for a meeting in the Oval Office in Washington DC, a media report says.

Zarif has received an unexpected invitation to meet President Donald Trump in the Oval Office last month during his visit to New York, a report by the New Yorker said.

The American magazine has quoted US and Iranian sources and a well-informed diplomat as saying that the diplomatic overture was made by Senator Rand Paul, the Kentucky Republican, during a meeting with Zarif in New York on July 15th.

With President Trump’s blessing, Paul had been working on the idea for several weeks, in consultation with the White House and the State Department, the report said.

An intermediary had reached out to the Iranians on Paul’s behalf three weeks before Zarif was due in New York for meetings at the United Nations. On July 14th, the day before leaving for New York, Paul had a discussion about Iran with the President, while playing a round at the Trump golf course in Sterling, Virginia.

On July 15th, Paul and his senior adviser, Doug Stafford, met Zarif at the elegant residence of Iran’s UN ambassador, on Fifth Avenue, a block from the Metropolitan Museum.

In his decades as a diplomat, Zarif, who studied under Condoleezza Rice’s PhD adviser, at the University of Denver, has built a modest rolodex with the private numbers of members of the House and Senate, the report claimed.

“I always see people from Congress,” Zarif told the New Yorker and a small group of journalists later that week, without naming names. But this was his first meeting with Paul, who is on the Senate Foreign Relations Committee.

The two men initially talked about long-standing issues, notably Tehran’s nuclear program, and also recent flare-ups in the Persian Gulf, according to the sources.

Paul’s mission was to break through the messy layers of conflict and launch a direct diplomatic channel, at the highest level. The overture was a miniature version of Trump’s tactic in circumventing traditional diplomacy by dealing directly with the North Korean leadership.

During an hour-long conversation, Zarif offered Paul ideas about how to end the nuclear impasse and address Trump’s concerns. He later outlined some of them to a group of journalists in the US and subsequently in more detail to New Yorker.

“As a diplomat, I have to always think about alternatives,” he told New Yorker. Among them was the idea that the Iranian Parliament could codify, in law, a fatwa issued by Iran’s Leader, originally in 2003 and again in 2010, that forbids the production or use of nuclear weapons.

“We consider the use of such weapons as haraam [forbidden] and believe that it is everyone’s duty to make efforts to secure humanity against this great disaster,” Ayatollah Ali Khamenei said, in 2010.

But, if Trump wanted more, he would also have to offer more, Zarif suggested. Another possibility was moving forward one of the later steps of the nuclear deal brokered between Iran and the world’s six major powers in 2015—the accord that Trump abandoned in May, 2018.

Zarif said that Iran could bring forward ratification of the so-called Additional Protocol, which is currently due to be implemented by 2023—potentially this year. The protocol, which has already been signed and ratified by a hundred and forty-six nations, allows more intrusive international inspections—on both declared and undeclared nuclear sites in member states—in perpetuity.

In exchange, Zarif suggested, Trump could go to Congress to lift sanctions on Iran, as originally provided under the 2015 nuclear deal but not ratified in legislation. Both sides would then feel more secure in the commitments sought in the original deal.

Paul proposed that the Iranian diplomat lay out the same ideas to Trump in person. The President, Paul said, had authorized him to extend an invitation to meet in the Oval Office as early as that week, the US, Iranian, and diplomatic sources told New Yorker.

On Wednesday, a senior Administration official told reporters, in a teleconference briefing, “President Trump has been very open that he is ready to speak to the senior leadership in Tehran and that he has certainly not prevented any of our friends or allies from communicating with them as well.”

“The President has placed no restrictions on elected officials having conversations with foreign counterparts,” the official said.

During its first two years, the Trump Administration reached out to Iran about possible meetings at least eight times, including twice when Trump and the Iranian President, Hassan Rouhani, were both at the UN General Assembly, European and Iranian diplomats told the New Yorker.

Zarif told Paul that the decision to meet Trump in the Oval Office was not his to make; he would have to consult with Tehran. He expressed concern that any meeting might end up as little more than a photo op, without substance, the sources told the New Yorker.

After his meeting with Paul, Zarif relayed the overture to Iran’s leaders. They did not approve a meeting—at this time. Rouhani is due to attend the UN General Assembly next month.