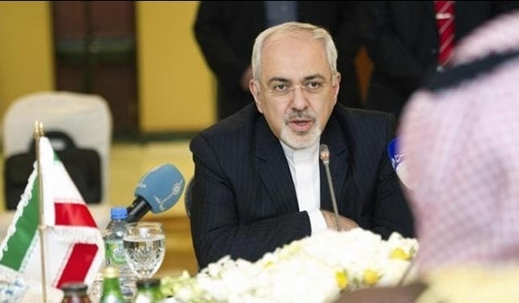 The message of Iran's foreign minister to the region is deepening friendship and strengthening all-out cooperation with regional countries, said the deputy foreign minister.

Iranian Foreign Minister Mohammad Javad Zarif underlined that Tehran will firmly stand by regional countries in their fight against terrorism and extremism.

“Iran and the regional countries are facing common threats that should be confronted through mutual cooperation,” Zarif told reporters in Kuwait City on Sunday.

The Iranian foreign minister reiterated that the accusations lodged against Iran are not true, warning that such allegations are aimed at foiling cooperation among regional states.

“Iran is standing beside the regional nations against the threat of extremism,” Zarif said.

During the meeting, the Iranian foreign minister and the Kuwaiti emir explored avenues for reinvigorating and bolstering mutual cooperation.

Zarif arrived in Kuwait on the first leg of a trilateral regional tour earlier on Sunday that later took him to Qatar.

The nuclear agreement struck between Iran and six world powers in Vienna on July 14 is likely to be high on the agenda of Zarif’s discussions with regional officials.