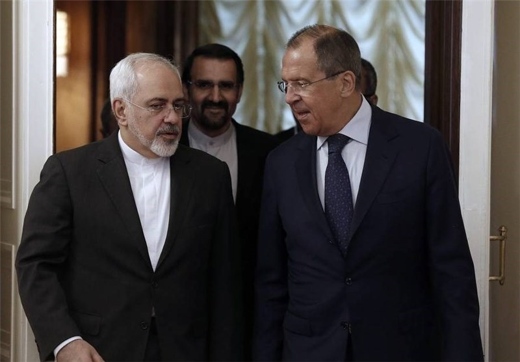 Zarif and Lavrov have discussed the latest developments in Syria and exchanged views on the role of external players in the political settlement of the Arab country.

In a phone conversation Monday, Zarif and Lavrov discussed the latest developments in Syria and exchanged views on the role of external players in the political settlement of the Arab country.

“An exchange of opinions on the situation in Syria continued in the context of tasks of fighting against terrorism and facilitating the process of political settlement of the crisis in the country, including by mobilizing international support and involving main countries in the region,” a statement by the Russian Foreign Ministry read.

Syria has been gripped by a civil war since 2011. The Syrian army has been fighting several opposition factions and numerous militant groups, including ISIL.

On September 30, Russia began airstrikes on ISIL positions in Syria at the request of Syrian President Bashar al-Assad.

Since the beginning of the air campaign, Russian Aerospace Forces have carried out some 830 strikes, killing several hundred militants and destroying dozens of command centers, and depots used by the terrorists.