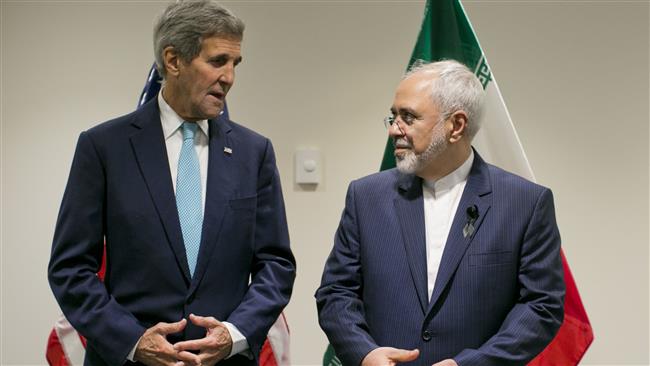 The meeting also focused on the execution of an official document to redesign Arak’s heavy-water nuclear reactor, Zarif said.

Foreign Minister Mohammad Javad Zarif has said the manner of removing sanctions and the implementation of the United States’ commitments have been discussed during a meeting with US Secretary of State John Kerry.

Zarif said after the Saturday meeting that the “axis of talks over the Joint Comprehensive Plan of Action (JCPOA) was based on the guidelines of Leader of the Islamic Revolution Ayatollah Seyyed Ali Khamenei.”

He added that the meeting also focused on the execution of an official document to redesign Arak’s heavy-water nuclear reactor.

Deputy Foreign Minister Abbas Araghchi said that the signing of the official document to redesign the reactor is currently being done by Iran and the world powers and “will be completed by Monday.”