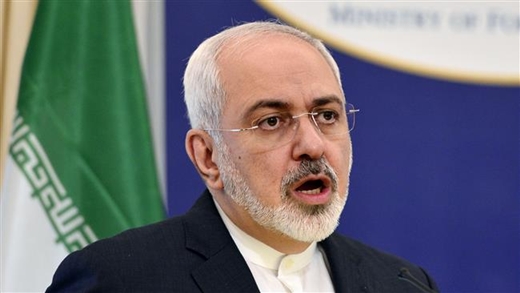 The Iranian top diplomat said that in the meeting with the US secretary of state, the issue of possible problems in the implementation of JCPOA inside the US was discussed.

Foreign Minister Mohammad Javad Zarif says he hopes he has fulfilled his responsibility on the sidelines of the 70th session of the UN General Assembly in New York through holding meetings with the world dignitaries.

Winding up his stay in New York on Monday, Zarif told reporters that as foreign minister he has been trying to express the views of the country he represents in the international forums.

“In addition to meeting the heads of state and diplomatic representatives from Latin America to Europe and Middle East, I held meetings and talks with the US policymakers whether in the field of public relations or in research centers,” he said.

He said his meetings focused on three areas which were mainly around the tragic Mina incident which left hundreds of Hajj pilgrims dead.

“The next topic was the incremental and thorough implementation of the Joint Comprehensive Plan of Action so that the Western side should have the readiness to perform its duties,” Zarif said.

Another important topic which was discussed with the counterparts, he added, was the crises in the Middle East, especially in Yemen and Syria.

Zarif expressed regret that some of Iran’s neighboring countries are not after a political solution to the crisis and said that they try to impose their political intentions and regional goals on the people of Yemen by killing them.

The Iranian top diplomat also said that in the meeting with US Secretary of State John Kerry, the issue of possible problems in the implementation of JCPOA inside the US was discussed.

In answer to a question on the reaction of certain political groups in Iran to his handshake with US President Barack Obama, Zarif said in the capacity of foreign minister it was his duty to take part in international forums and meet world leaders and that he hopes he has been able to fulfill his duty in the best manner.