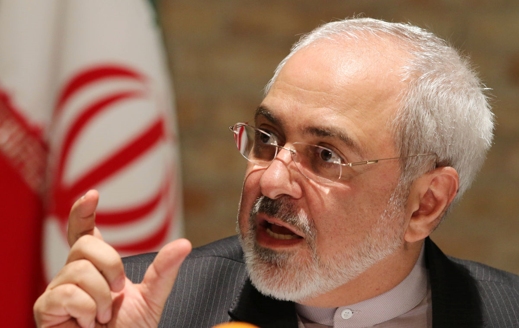 He also criticized the U.N. indifferent and passive approach vis-à-vis the deterioration of humanitarian situation in Yemen.

Foreign Minister Mohammad Javad Zarif on Monday strongly criticized the double standards and unprincipled stance of the United Nations in dealing with regional conflicts in the past and present.

Zarif made the remarks in a meeting with Austrian Deputy Foreign Minister Michael Linhart.

He also criticized the U.N. indifferent and passive approach vis-à-vis the deterioration of humanitarian situation and malignity of Saudi war of aggression against Yemen.

He said that the United Nations is expected to take effective steps to stop the violation of the international humanitarian law in the Middle East.

He highlighted the menace of terrorism and said that Western governments and the governments in Central Asia are exposed to more threats by terrorists and extremist groups.

Zarif called for active and close contribution among governments in the region and Europe to thwart the danger of terrorism.

Given deep-rooted relations between Iran and Austria, Zarif said there is no obstacles to expansion of all-out political, economic, parliamentary and cultural relations and cooperation between the two countries.

Visits by officials of Iran and Austria is of prime importance to prepare the ground for expansion of relations and cooperation between the two nations.

The Austrian government welcomes expansion of cooperation in an array of fields such as environment, science and technological know-how, economy, energy and culture, he said.

The threats posed by the terrorist and extremist groups are more than ever before mainly because a large number of European residents have joined the extremist groups, he said.

Europe is to adopt a firm stand in the war against terrorism, he said.

The two officials also reviewed issues of mutual interests along with regional developments. 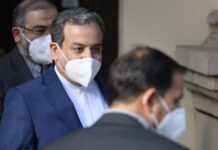 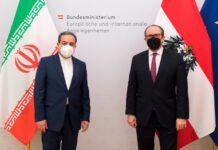 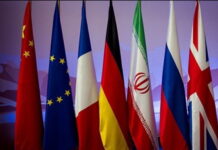 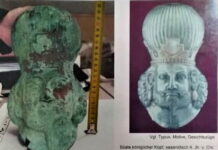