Zarif and his team left for New York on Tuesday 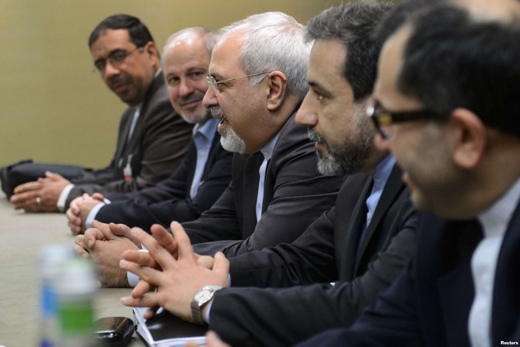 Iran’s nuclear negotiating team has headed for New York to hold a meeting with P5+1 and discuss how to implement the Joint Comprehensive Plan of Action.

The Iranian top diplomat will also take part in a meeting with foreign ministers from P5+1 (the US, France, Russia, Britain and China plus Germany) to review the latest coordination efforts before implementation of the Joint Comprehensive Plan of Action (JCPOA) gets started.

While in New York, Zarif will also meet and consult with his counterparts from different countries.

Foreign ministers of Iran and six world countries will meet in New York on September 28 on the sidelines of the UN General Assembly to exchange views about JCPOA, Fars News Agency reported on September 22.

Majid Takht-e Ravanchi – the Deputy Foreign Minister for Euro-American Affairs – who is mourning the loss of his mother will join them later.

The meeting between foreign ministers of Iran and P5+1 will be their first after the conclusion of the Vienna accord [back on July 14]. A first session of the Iran-P5+1 joint committee session will be held on the sidelines of the UN General Assembly, but its timing has yet to be fixed.