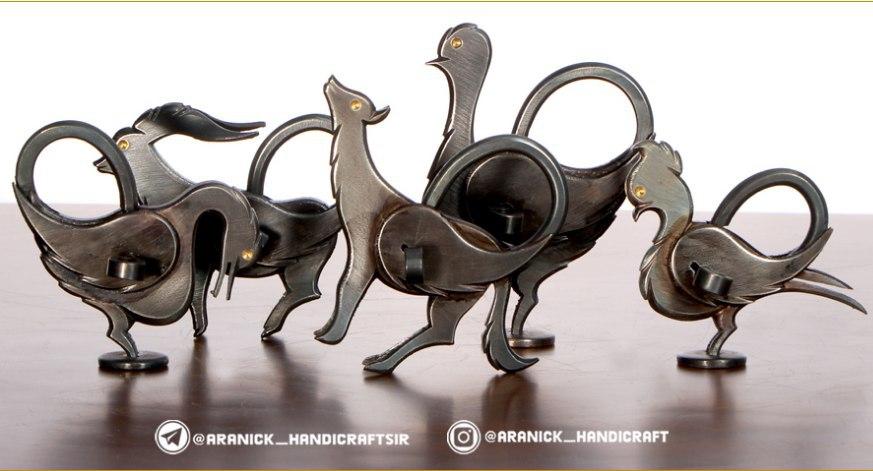 An Iranian couple has created a website to introduce and sell various Iranian handicrafts after years of travelling to different provinces of Iran and exploring different crafts in different parts of the country.

Managers of the Aranick Crafts website – Narges Shayeq and Reza Qiami – are a couple with MA degrees in handicrafts.

“We toured the remote villages and identified their crafts, purchased their works, and prepared a database. On these trips, we found about 40 handicraft fields that were being destroyed in Iran because of the lack of sales. Many of them did not speak Farsi and had no access to major cities to sell their products. They could not attend the exhibitions. So they could not sell their products,” they said.

The couple also talked about launching their website saying they came to the conclusion that the only way to save these handicrafts is to have a sales market.

“So we thought about starting a business that would make money for these people. We decided to introduce and sell handicrafts that even people in Iran were not familiar with. We wanted to profit from the results of our many years of research as well.”

“In 2013, we launched a website to introduce and sell all of Iran’s handicraft products, which was unprecedented till then. Many opposed the idea saying that one would not buy handicrafts without touching them. But at the same time, similar Indian sites were selling their products well around the world,” they noted.

“We corresponded with the managers of those websites and they were happy with their sales. The variety and scope of handicraft production in Iran is much higher than in India so we became sure we could succeed. Therefore, we launched Aranick website.”

Reza and Narges say their focus is on the handicrafts of the nomadic villages and they are trying to create a market for them which, of course, requires a specific buyer and is a difficult task.

“We knew that its profit does not cover the costs of the company, so we tried to cover modern urban crafts as well. That has thrived our economy and so we can support even more forgotten handicrafts,” they underlined.

Handicraft is an environment-friendly product since all its raw materials come from natural sources. Unfortunately, due to the large population and droughts, the country is faced with a shortage of natural resources and a lack of producers in many areas. This couple has tried to help the nomadic crafts with the proceeds we receive through selling urban and routine crafts.

Aranik is ready to export a wide range of Iranian handicraft products with the best quality and reasonable price to many countries.