Yemeni ambassador: Any peace talks with Saudis must be held in Sana’a 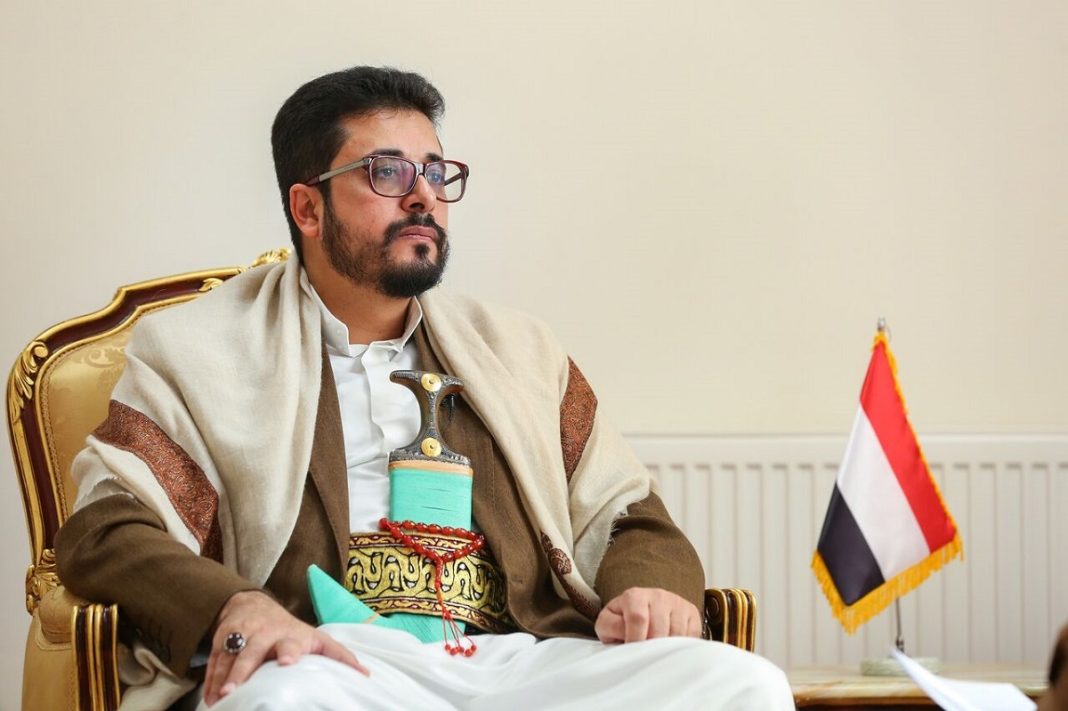 Yemen’s Ambassador to Tehran says any talks to end the Yemen crisis must be held with the Yemenis in the country’s capital Sana’a.

In an interview with Al-Masirah TV chennal, Ibrahim al-Dulaimi said the talks must first be held between Yemen and Saudi Arabia and then they must move toward a political process that will pave the way for Yemen to return to normal.

Al-Dulaimi then spoke about the Saudis’ move to form an “illegal” council to cover up the reality of the aggression against Yemen.

Al-Dulaimi referred to his meeting with Iranian Foreign Minister Hossein Amir Abdollahian in Tehran. He said he and Amir Abdollahian discussed the gains made during the past few days and the necessity of the UN and the invaders’ adherence to the truce in Yemen.

Al-Dulaimi’s comments come as Saudi Arabia’s official news agency reported that Riyadh has urged the council to start talks with the Ansarullah movement under the supervision of the United Nations to find a political solution to the Yemen crisis that would involve a transition period.

The Yemeni ambassador to Tehran said if the Saudi-led coalition acts in good faith, then the current ceasefire could lead to an end to the war and occupation of Yemeni and also to the complete removal of the siege against the country.

The UN chief’s envoy for Yemen Hans Grundberg on April 2 declared the truce in Yemen for two months. The two warring sides have accused each other several times of violating the truce. But the ceasefire is still holding and there are no indications of it unraveling.

The Yemen war began 7 years ago killing tens of thousands of Yemenis, many of them civilians. It has also destroyed most of Yemen’s infrastructure and caused a humanitarian catastrophe in the country that the UN has described as the worst in the world.