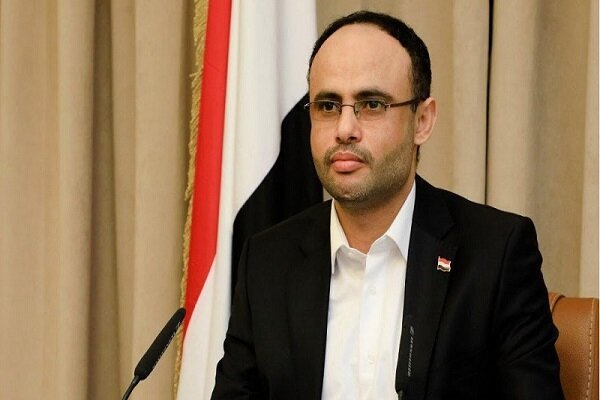 The head of Yemen’s Supreme Political Council has announced a unilateral 3-day cessation of missile and drone attacks against Saudi Arabia.

Mahdi Mashat told Yemen’s Al-Masirah television channel that this truce will hold at all fronts.

He said if Saudi Arabia pulls all foreign forces from Yemeni’s soil and territorial waters, then Yemen is ready to call a permanent ceasefire.

Mashat noted that Yemen is ready to free all prisoners of war including the brother of former president Abd Rabbuh Mansur Hadi in exchange for the release of Yemeni prisoners.

The head of Yemen’s Supreme Political Council urged the UN envoy for Yemen to make necessary arrangements for the prisoner swap in one go or in several phases.

Mashat noted that Yemen wants peace and wants the enemies to end their efforts to prevent peace.

He also said depriving the Yemeni people of their basic rights through a blockade is at odds with peace and confidence-building.

He warned that the 8th year of the war will however be one of shock and great developments in terms of Yemen’s capability to fight back against aggression.

Seven years on, that goal is still elusive. Huge numbers of Yemeni civilians have been killed in the war.

The Yemeni infrastructure is in ruins with the UN calling Yemen the worst humanitarian catastrophe in the world.