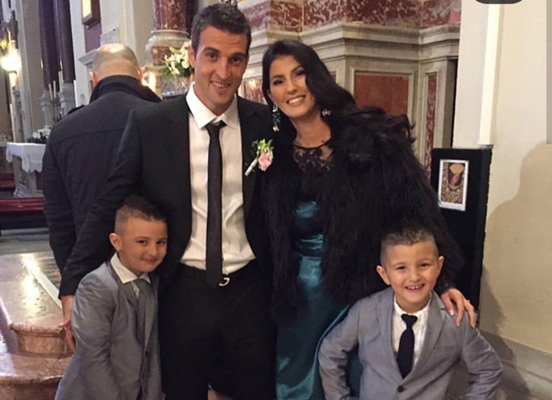 Mario Budimir, a Croatian football player who plays for Iran’s Persepolis Football Club, says the world has a wrong view of Iran but Tehran can surprise any visitor.

Budimir, who has been in Iran for three months, says people around the world have a negative view of Iran for their own reasons.

“When you hear that a country has been under sanction for thirty years, you naturally won’t have high expectations of that country. That was how I felt before I visited Iran about three months ago. But I was shocked when I arrived in Tehran,” he was quoted as saying in a report by Fars news agency.

“It is a city with a population of 8.5 million. It can compete with many European cosmopolitans in terms of various criteria,” he said of the Iranian capital city.

On his decision to transfer his family to Iran, he said his children continue to live in Croatia.

“I didn’t take them with myself to Tehran because I didn’t want them to face a major change in lifestyle.”

He expressed satisfaction with his condition in Persepolis FC and the enthusiasm of its fans, saying the team is one of the greatest Asian football clubs with lots of fans.

“They say that the club has over 40 million fans. That’s why playing for the team makes you extremely popular. Just go to the streets and you will face scores of fans asking for autographs and sometimes even giving you some unique advice.”

In response to a question on the differences between playing in Europe and Iran, he said football in Iran is highly physical. “Players here differ from their European counterparts in terms of tactics but they make up for their tactical shortages by their strong physique.”

Budimir was optimistic about the championship chances of Persepolis FC in the Persian Gulf Pro League as the club leads with five points with only four games left of the season.

“Meanwhile, we are involved in Hazfi Cup and AFC Champions League. We are a large club and should remain ambitious to win all the three Persian Gulf Pro League, Hazfi and AFC Champions cups. I think we have the capacity to fulfill the ambition,” he said.

In response to a question on whether or not he advises other Croat players to play for Persepolis, he said “Yes, definitely. I think they need to have the experience. Of course, I also recommend them to remain patient.”