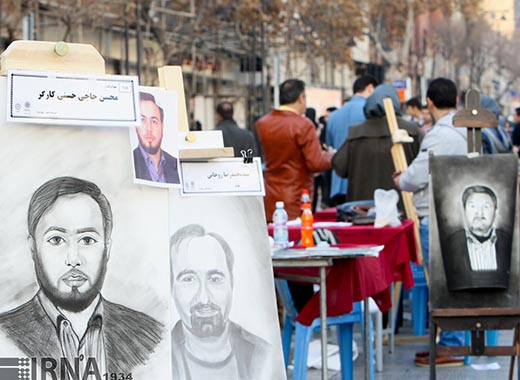 Portrait Painting workshop dubbed “Flight 464” was held here on Imam Hossein Square in Tehran, on Friday, to eternal the faces of those killed during Mina tragedy and crane crash in Hajj 2015.