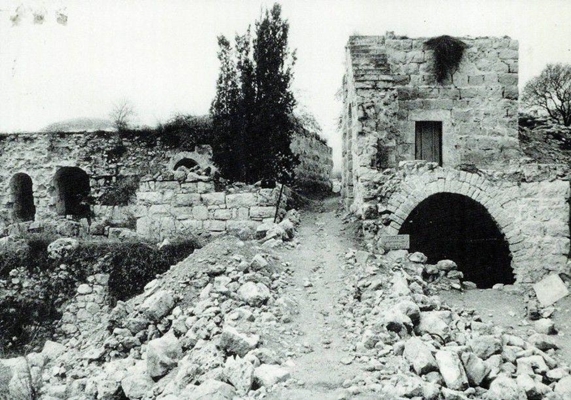 In a Tuesday statement on the anniversary of the 1948 massacre in Deir Yassin village, Qassemi said the shallow foundation of the Zionist regime is based on violence, aggression and terror.

“To press ahead with its inhumane expansionist goals, the Zionist regime – the murderer of the innocents – resorts to lots of hypocritical plots,” he added.

The spokesman said the terrorist nature of the Zionist regime is based on massacre of defenceless people and innocent civilians.

“To kill its opposition figures, the regime has gone beyond overt terrorism, clinging to covert terrorism. The regime feeds on stigmatization and defamation of resistance [forces] in addition to physical assassination,” he said.

According to the spokesman, the Israelis try in vain to create a thin shell of security and peace for themselves by pinning the blame on others and forgetting their nasty history dotted with terror, aggression and looting.

“But they are unaware that throughout history, no violence has survived forever and sooner or later, the blood of the oppressed people shed unjustly will put a curse on the infanticidal regime,” he said.

Qassemi said the massacre of the Palestinians in Deir Yassin village by the terrorist Zionists in April 1948 serves as an example of the violence of the [Zionist] killers.

“Each year, on April 9, the world’s freedom-seekers mark the memory of all martyrs of Deir Yassin massacre,” he said.

The Deir Yassin massacre took place on April 9, 1948, when around 120 men from the Zionist paramilitary groups Irgun and Lehi attacked Deir Yassin, a Palestinian Arab village of roughly 600 people near al-Quds.

The assault occurred as the militia sought to relieve the blockade of al-Quds during the civil war that preceded the end of British rule in Palestine.