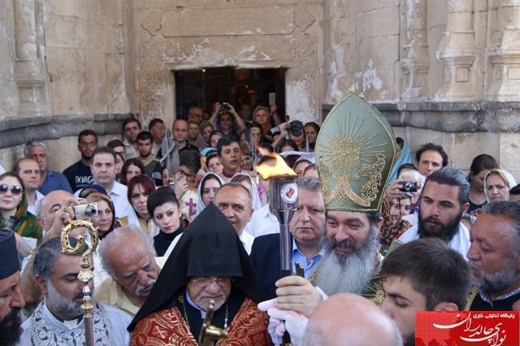 We should safeguard this invaluable treasure called Iran, because only a few kilometers away from the borders of this country, churches are being destroyed, Archbishop Sarkissian said. 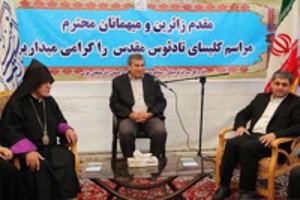 Convergence of Christians on the Saint Thaddeus Monastery [or Ghara Kelisa – Literally “The Black Church” – in West Azerbaijan Province] is a sign of religious freedom in Iran, Tehran’s Armenian archbishop was quoted by Alef, a news website, as telling the head of the Political Department of the Interior Ministry Sunday.

At the meeting, Archbishop Sebouh Sarkissian said, “Such freedom should be cherished.”

The following is the translation of a report the website published on the meeting on July 26:

Describing Iran as a country which preserves the heritage of different global religions, Sarkissian said, “We should safeguard this invaluable treasure called Iran, because only a few kilometers away from the borders of this country, churches are being destroyed.”

The archbishop added, “When the so-called supporters of human rights look at Iran, they put on dark glasses. But when they look at countries such as Saudi Arabia, they put on rose-colored glasses. In reality though, there is a huge difference between Iran and Saudi Arabia.”

For his part, Reza Rezazadeh, the official with the Interior Ministry, pointed to the Islamic Republic’s constitutional article which recognizes divine religions and said, “Presently, 57 religious institutions (27 Christian, 27 Zoroastrian and three Jewish) are active in the country and they are at full liberty when it comes to holding religious ceremonies.”

Each year Armenians from Iran and around the world descend on this house of worship in Chaldoran, in northwestern Iran, for ceremonies which run between three and five days. The monastery is a World Heritage site.